(Spoiler: We paid attention to the actual living, breathing human beings in our lives)

I feel like I am in a time warp; the weekend was so busy, I wouldn't have had much time to be on the internet, anyway (this will not actually stop me from bitching about its' absence, obviously). Friday night, we attended the first home football game of the season. The boys did a great job before ultimately losing by one point when a last-ditch effort at a field goal came up just shy for the win. Despite the loss, the game was exciting and well-played, and, if we have to say anything about this team, it is that they do not give up until the final buzzer sounds. 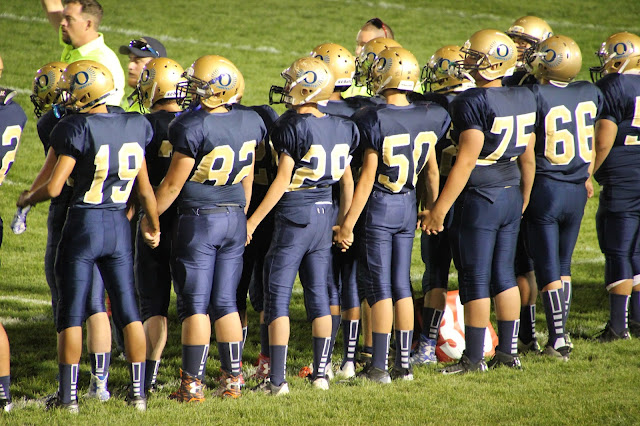 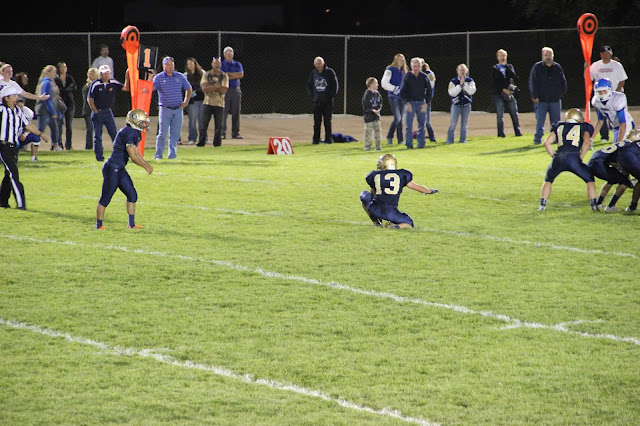 Saturday, I got up early to make it to a hair appointment, followed by a pedicure, followed by a couple of hours at the hardware store to catch up on my duties, freeing the rest of the weekend for special tasks, the first of which was hosting the Booster Club at the house for a Cricut party.

What is a Cricut party, you ask? It's a party where over-excited, over-achieving sports-moms get together with their Cricut cutting machines to craft paper decorations for Homecoming. As one does. What? That hardly sounds like a party, you say? Yes, well, that's where the wine comes in. 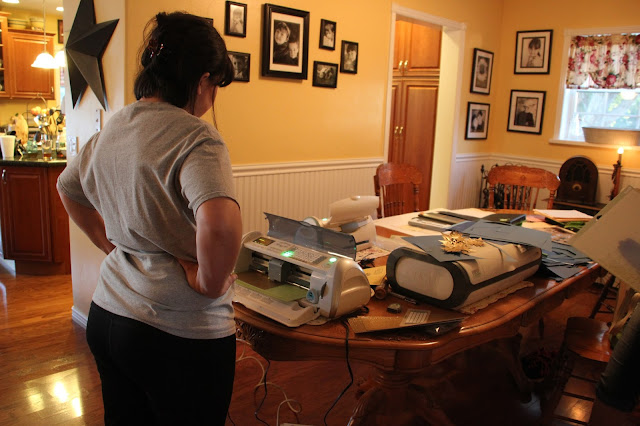 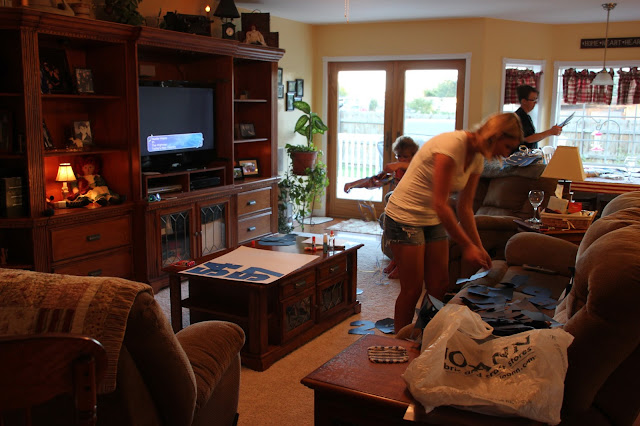 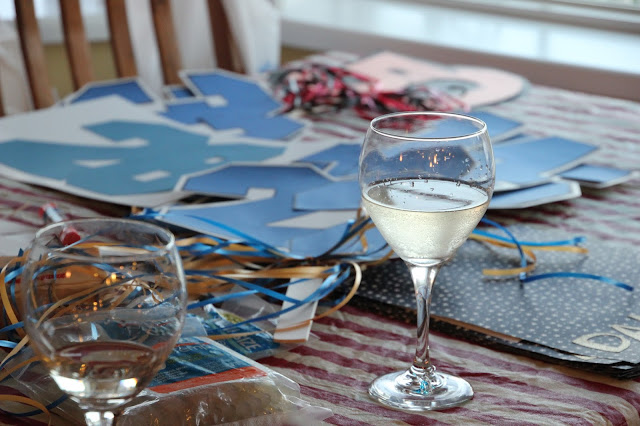 Then, I stayed up until almost 1:00, helping The Teenager move her furniture out of her room and onto the trailer waiting in the garage so that she, Hugh, and the Man-Cub could get an early start to Neighboring City for the official move the following morning. 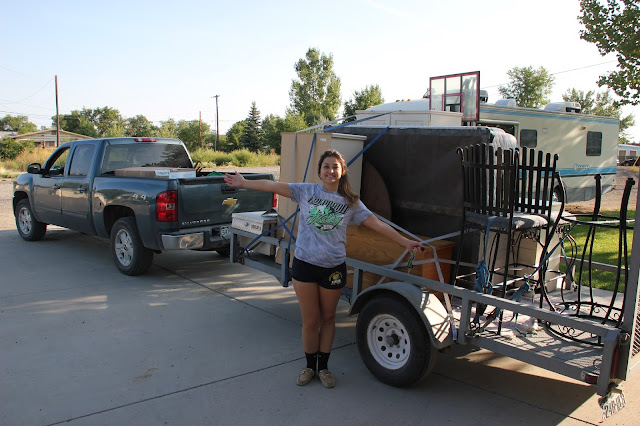 Sunday, following their departure, I gathered up everything that we had made on Saturday and met the Booster moms at the High School to decorate the halls for the annual Homecoming surprise reveal. The school looked great by the time we were done, a little after 1:00. 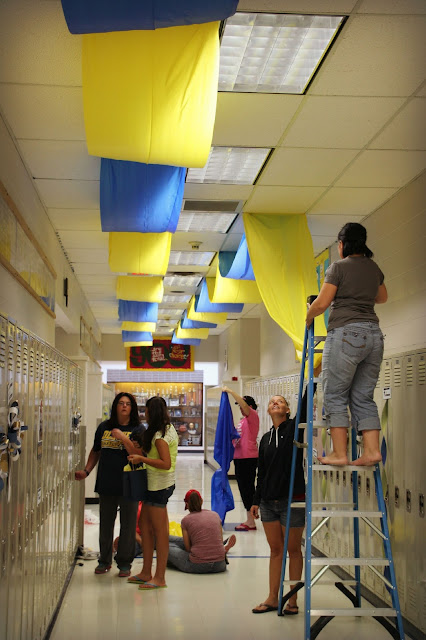 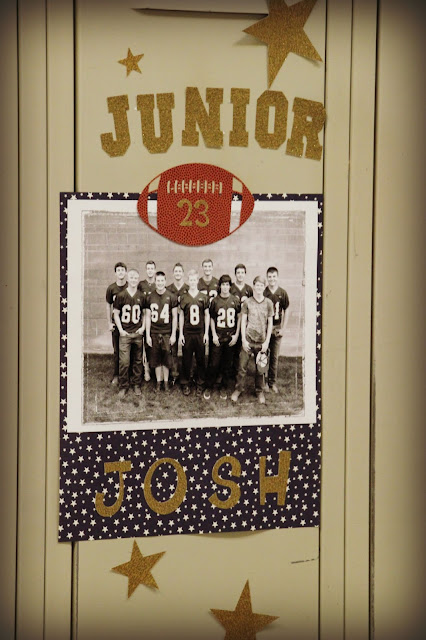 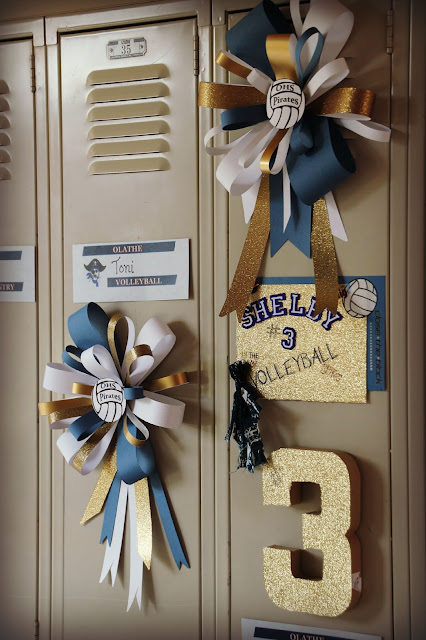 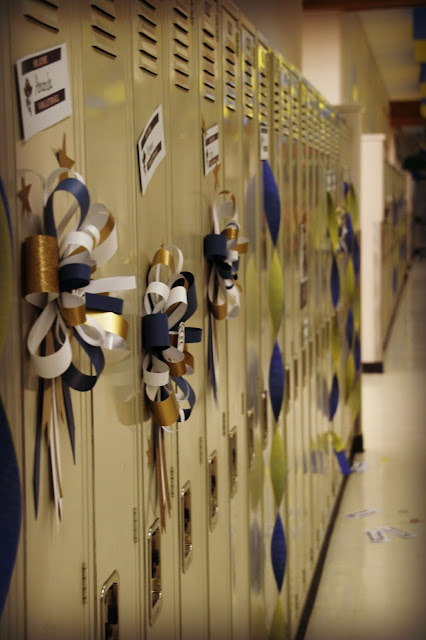 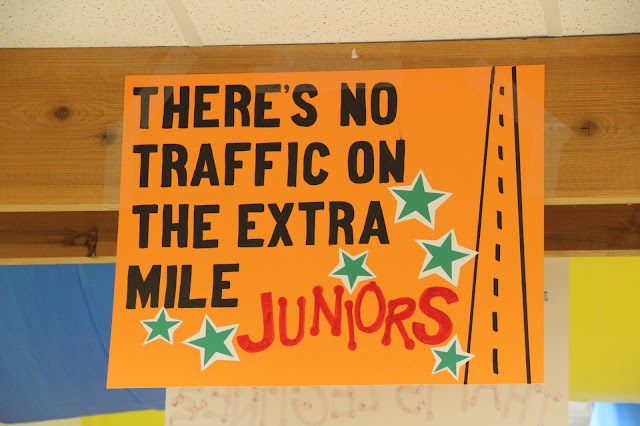 Then, I drove to Neighboring City to help with the unpacking at the new house. By the time I was done there, I was exhausted and it took everything I had to keep my eyes open on the drive home. I did, however, leave behind two utterly thrilled new home renters; let's hope they take care of their space (I'm sure they will). 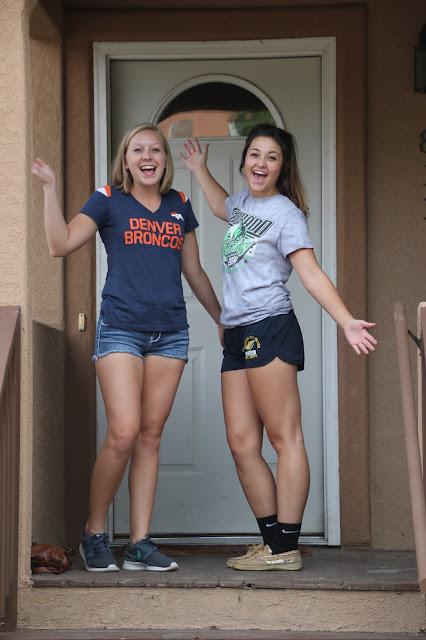 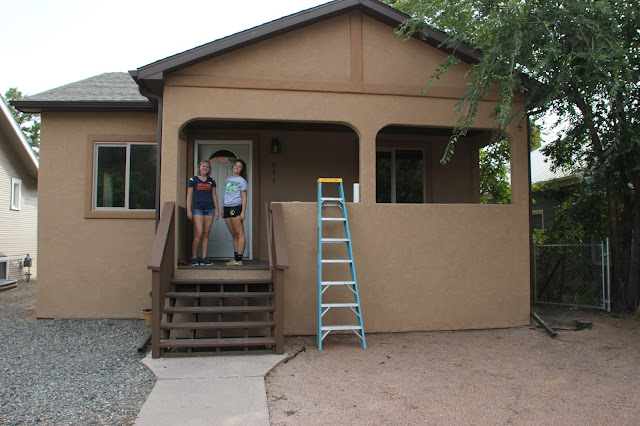 Today, I greeted the dawn with extra-strong coffee so that I could coo over the Man-Cub's costume for the first official day of Homecoming. 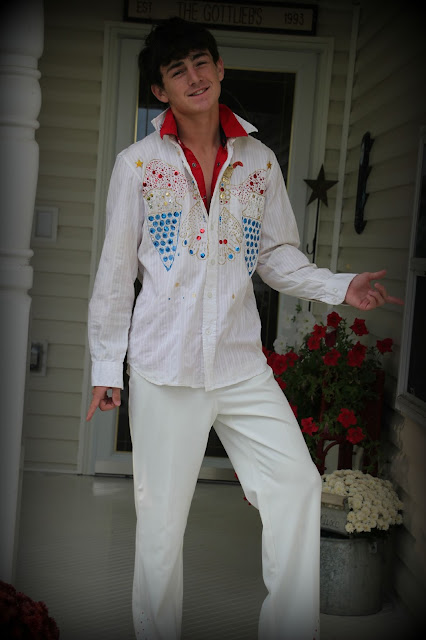 The theme was Pop Stars, but, why be a pop prince when you can be the King of Rock and Roll? At least, that was the Cub's thought.

Tomorrow is Character Day and we have been plotting the Cub's costume all weekend. I think it is going to be great, but, I'll let that be a surprise for tomorrow.
Posted by Chelle at 8:56 PM