I Didn't Need My Fingernails, Anyway

Last night's football game was a nailbiter from start to finish.

I lost the nail on my right index finger when the Man-Cub ran out on the starting offensive line.

I nibbled the nail off my left middle finger when the team made their way into our end zone for the first touchdown of the game.

My left pinkie nail came under attack when the opposing team answered that with a touchdown of their own, bringing us to a tied score with less than a minute before halftime, and, I finished it down to the quick when we roared back into the game with the first touchdown of the second half, thanks to an amazing kick return.

The right middle finger was an appropriate sacrifice when the competition again answered back with a touchdown, and, by the time both teams had scored again, bringing the game to a tie and into overtime; I had started on my thumbnails.

When we won in overtime, bringing the final score to 27-29, even my cuticles were a raggedy mess.

It was worth it to see the Cub make a really powerful block at a really critical time and to see Tones run in that kick return. In general, the Fearsome Foursome were on fire and it felt really good to see them back on the field, doing what they love.

What a way to kick off the season. And, hell, there are always acrylic nails. Am I right? 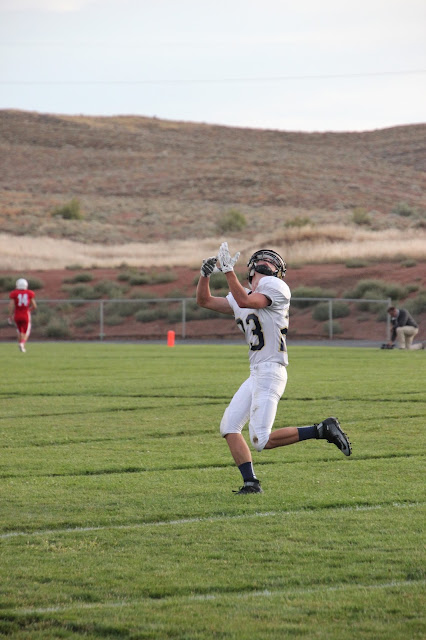 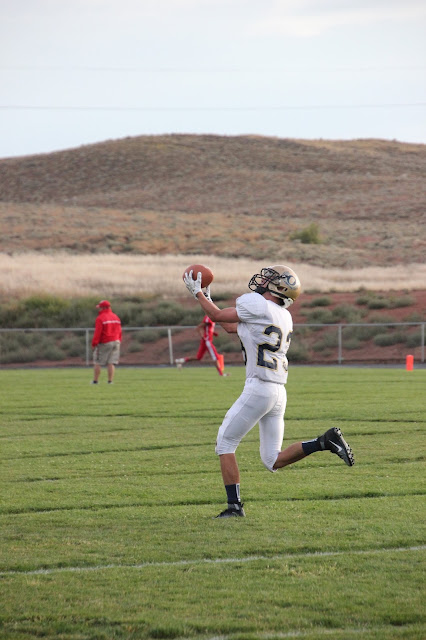 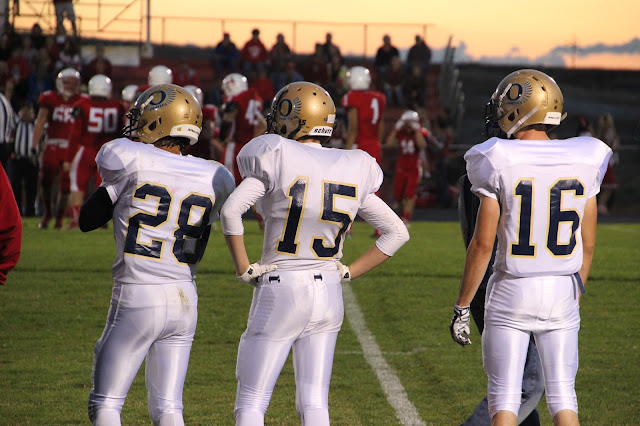 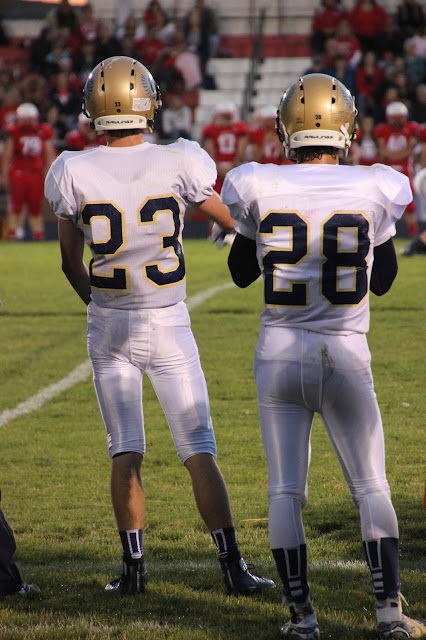 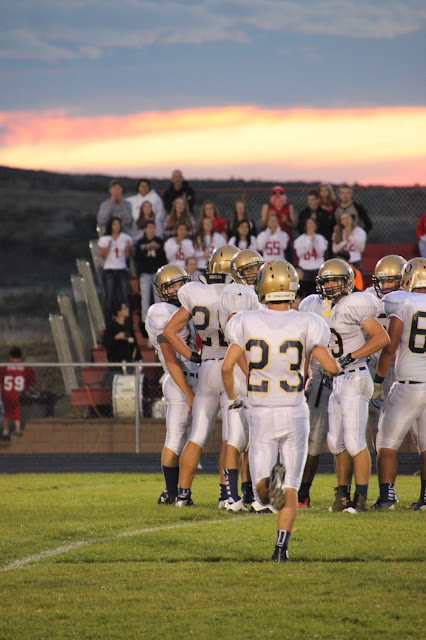 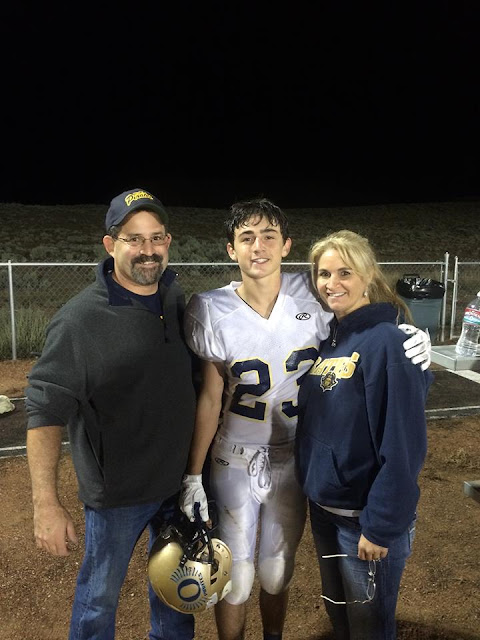 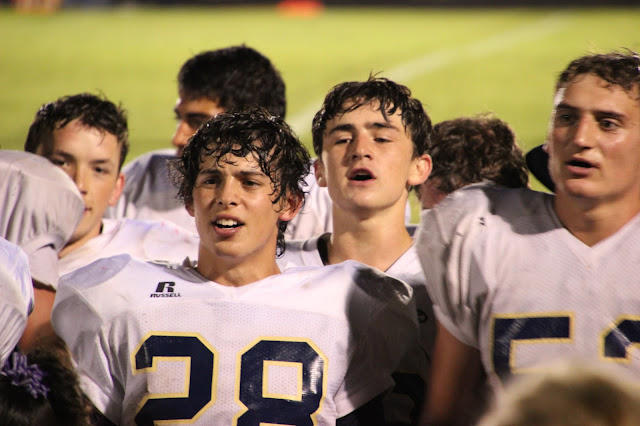 As an aside, win or lose, after every game, the boys gather in front of the home crowd and sing the school song. Last night's serenade was one of the most enthusiastic (if slightly off-key) versions that I have ever heard them sing. I love this tradition more than words can express.
Posted by Chelle at 10:42 AM