So, the Man-Cub scored his first touchdown at last night's Homecoming game. He dodged his blocker, raced into the end-zone, and caught a picture-perfect pass from the quarterback. I was standing literally ten feet away; do you think I got a picture of the catch? I did not. I did, however, get a picture of him right after he made the catch, tucking the football into his side and looking completely suave and like "Yeah, touchdown;. ain't no big thang". 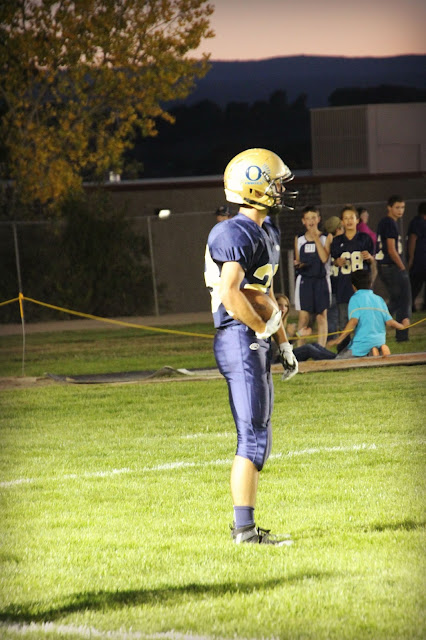 I think that must have been a very peaceful moment for him.

We had scored a safety early in the first quarter, but the Cub's touchdown was the first of the game. Happily, it wasn't the last, and we won 24-0, which, is a fantastic way to win a Homecoming game.There was a lot of celebrating, in case you were wondering. 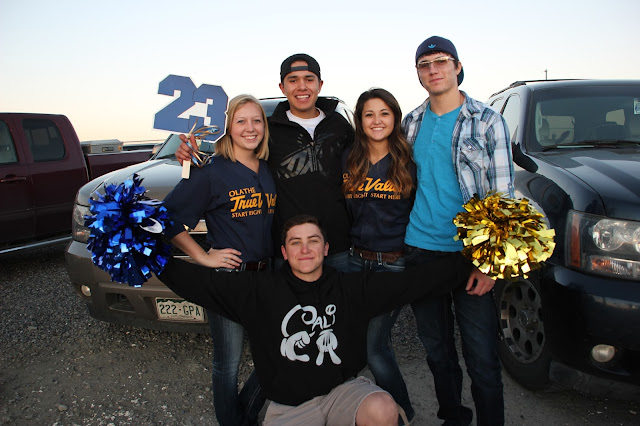 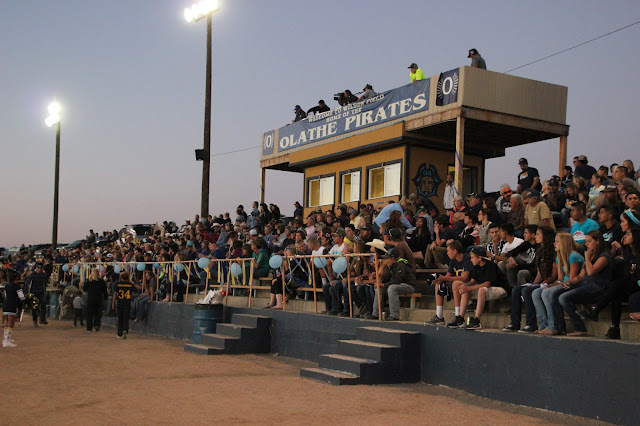 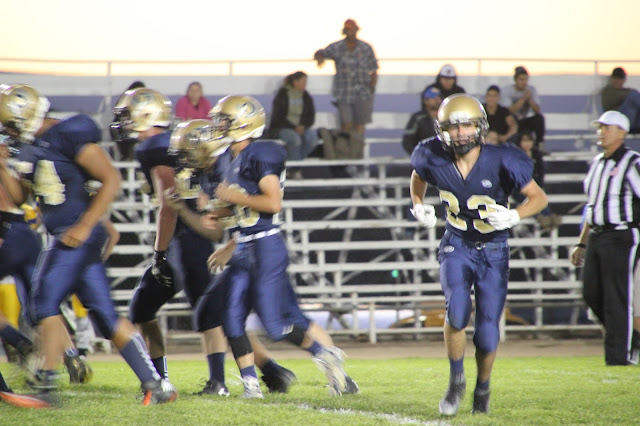 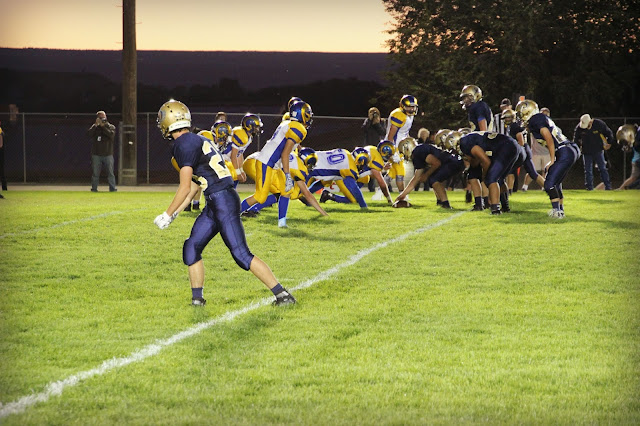 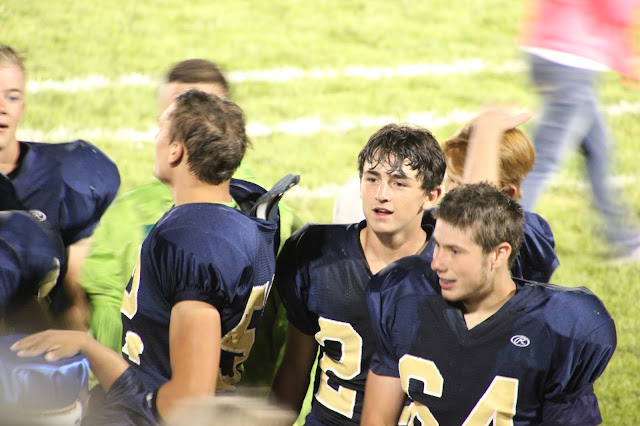 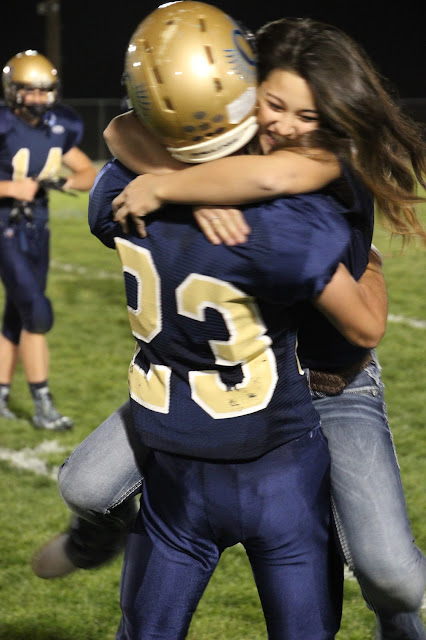 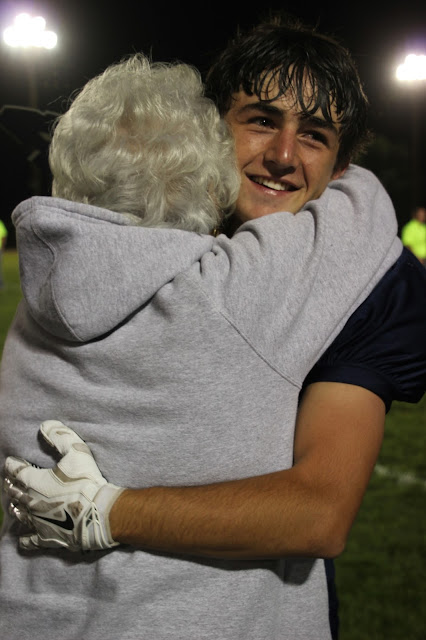 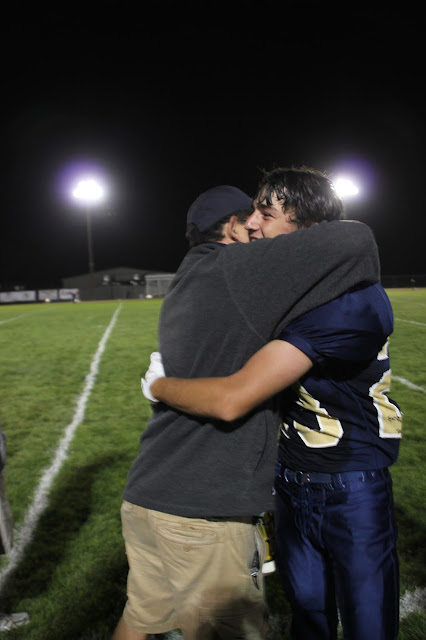 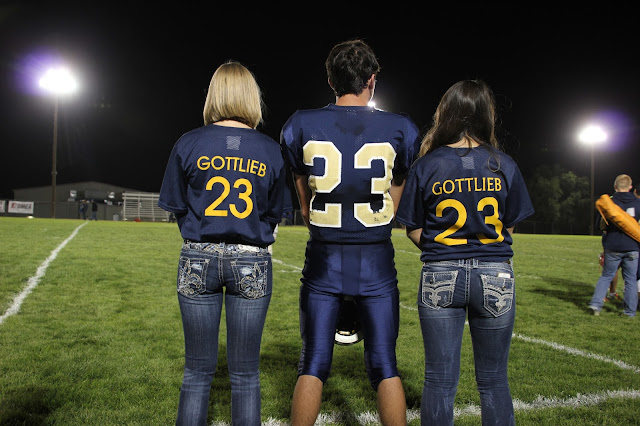 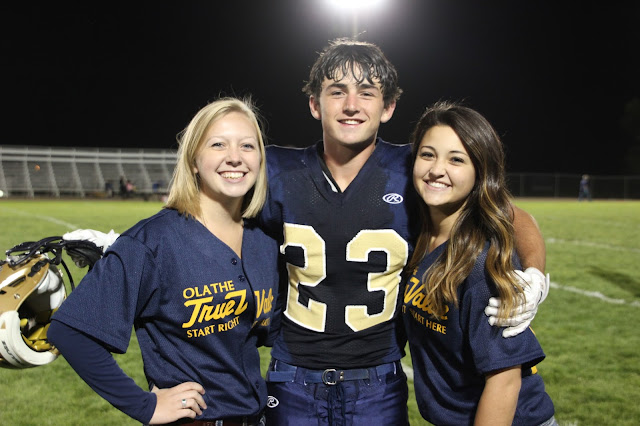 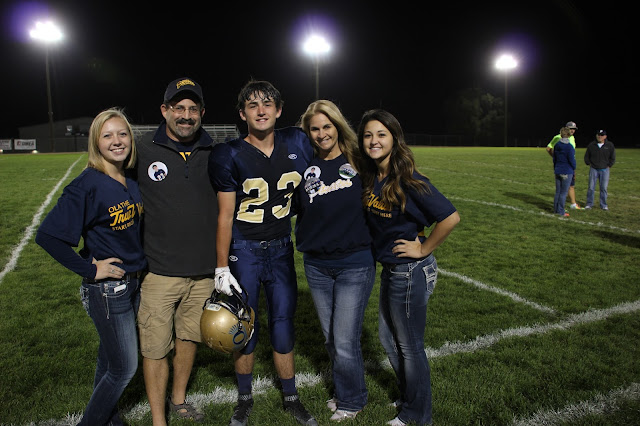 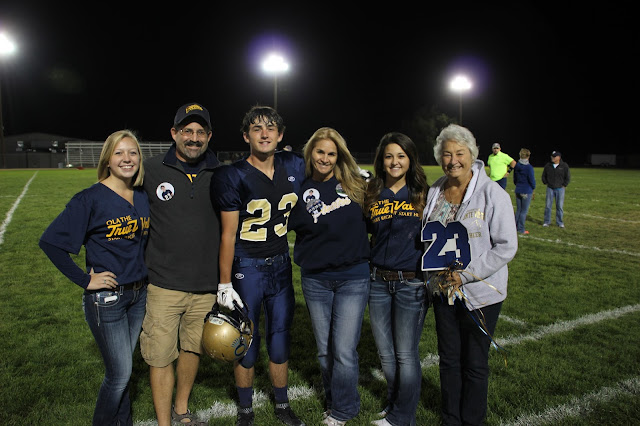 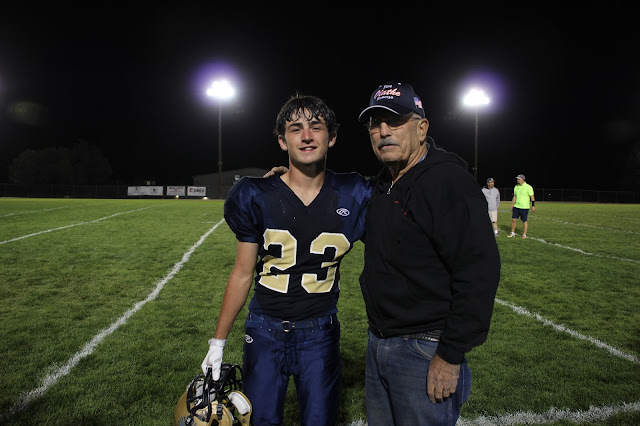 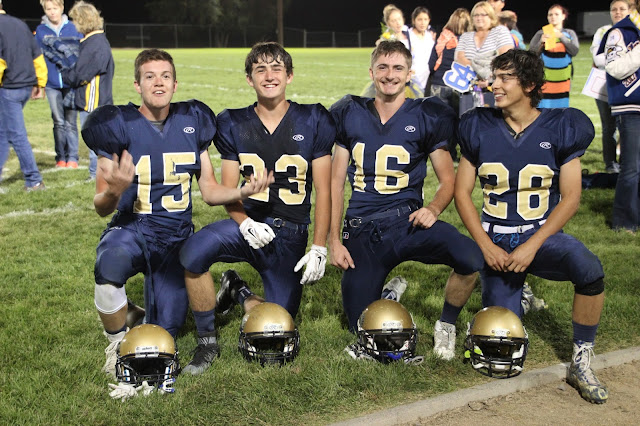 The boys are due here in a couple of hours for dinner, followed by the dance, and then a bonfire. Once those events have taken place, we can stick a fork in Homecoming 2015. It's been a really, really good week, even if I did feel like walking death for the majority of it (I am feeling much better, today).
Posted by Chelle at 4:42 PM