Last night's game was awesome! The boys took control early in the first quarter and they maintained it throughout the game. Each boy had a chance to prove himself, either on offense or defense, and they had a great time doing it.


The Man-Cub, Mikey, and Tones were honored as Team Captains, and it was really cool to see them at the coin toss, especially knowing that Dad's flipping coin is still sewn tightly into the Cub's uniform. 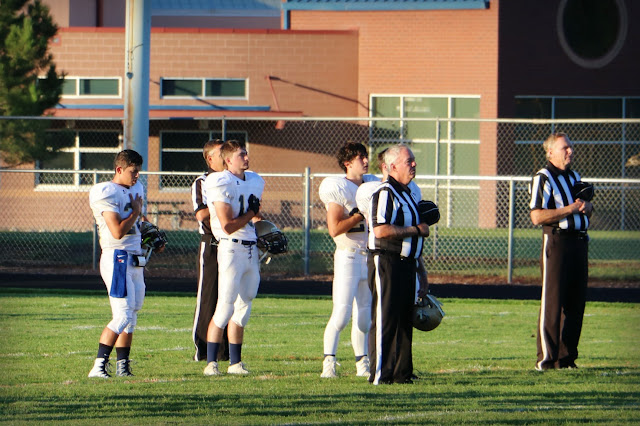 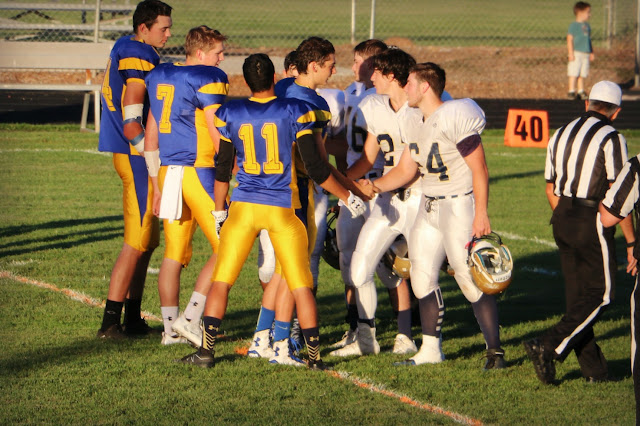 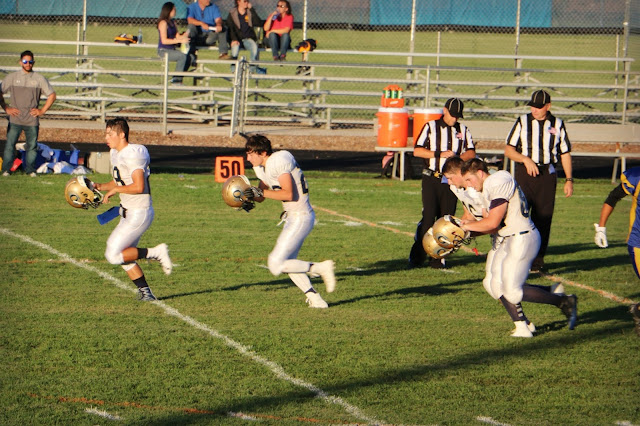 Despite the two hour drive to the game, the crowd on our side was large and loud. Several of the girls on the volleyball and cross country teams came for the game, and Hugh led them in cheers each time one of the boys had a tackle, run, block, you name it, they cheered for it. I'm thinking about buying him a skirt and some pom poms.

The moms were equally loud, and, with all the football bling we were wearing, we sparkled almost as loudly. 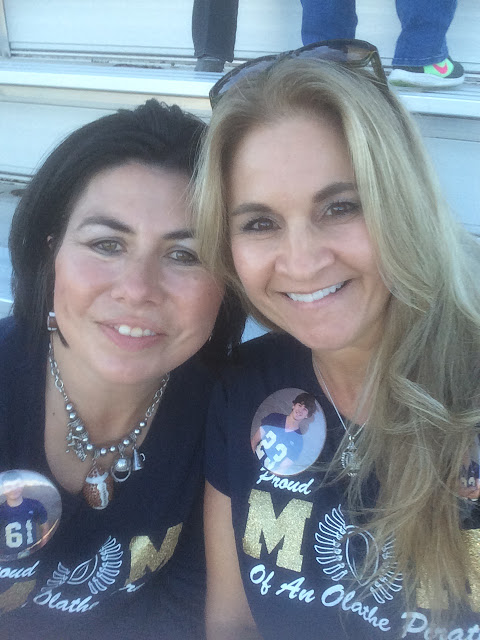 What can we say? We had a lot to cheer for. 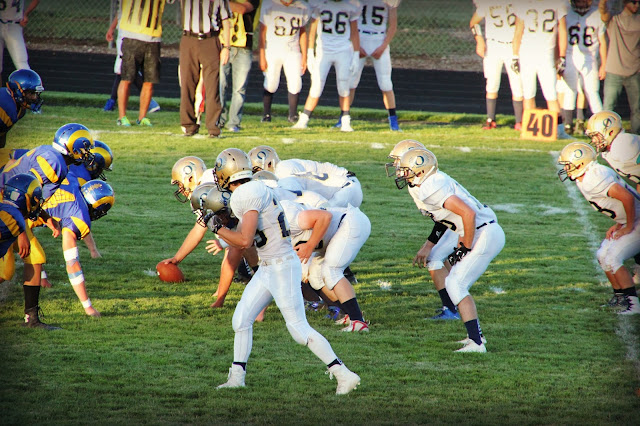 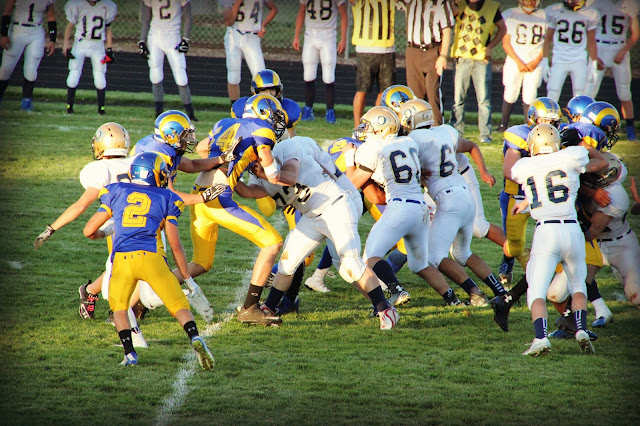 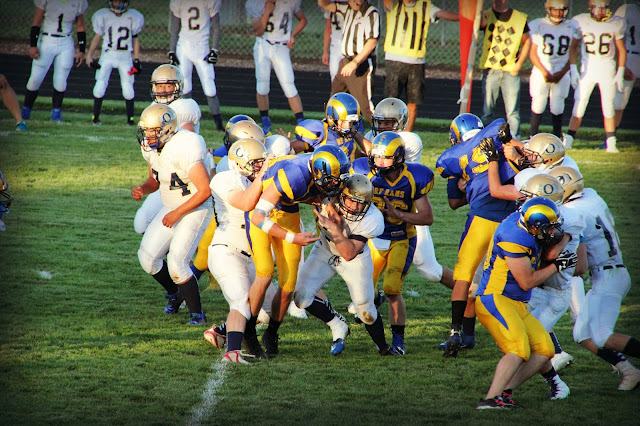 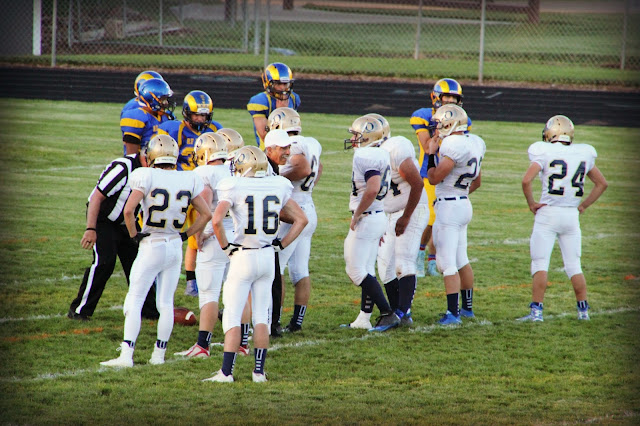 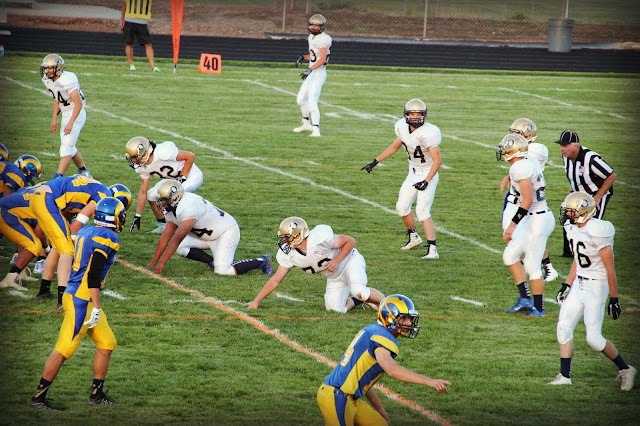 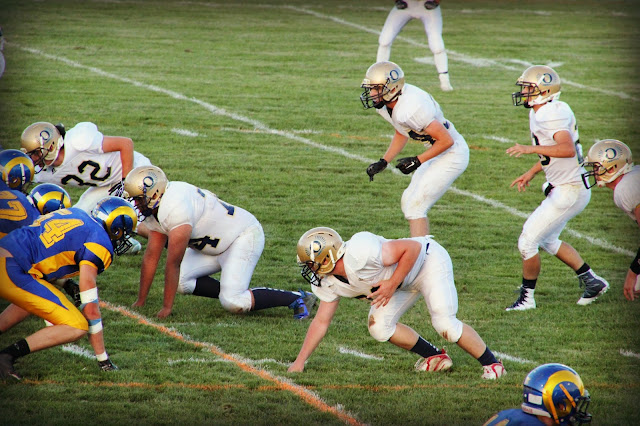 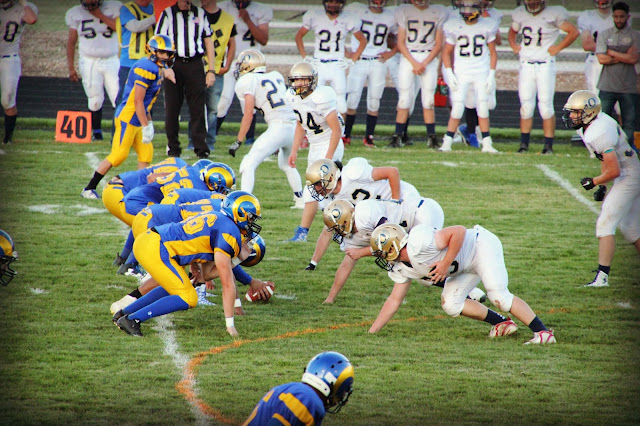 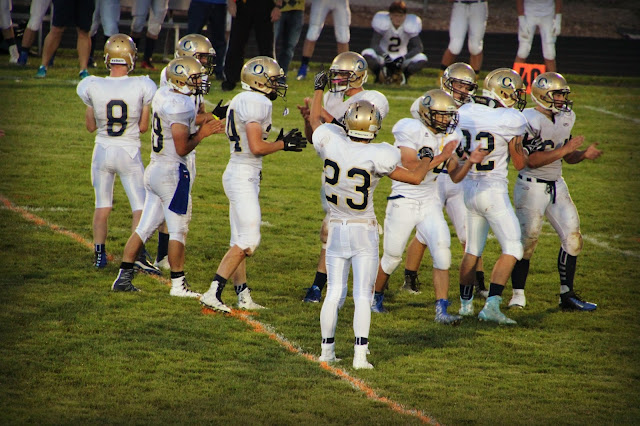 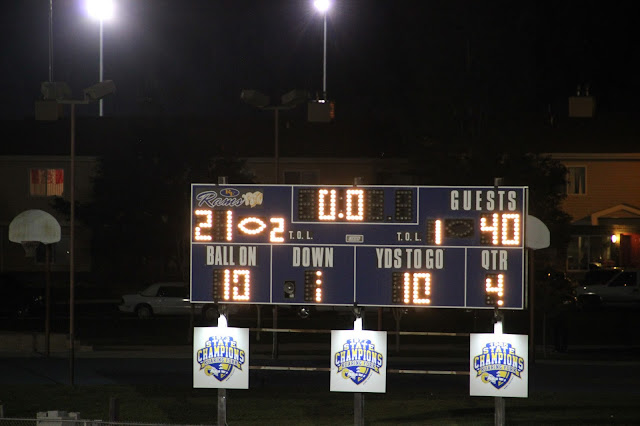 The crowd was pumped, cheering like crazy people throughout the game, and, at the end buzzer, the boys sang the school song to us with enthusiasm that was contagious. 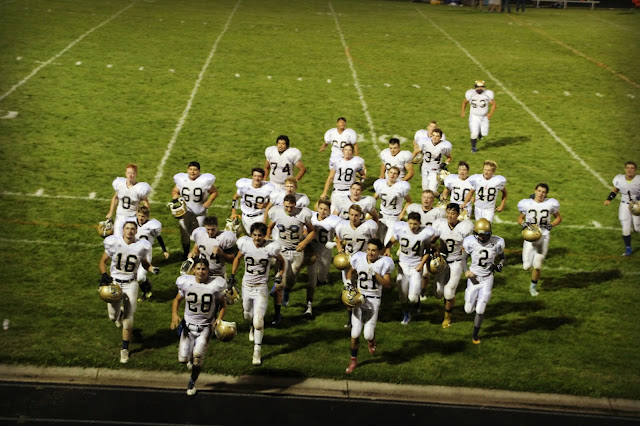 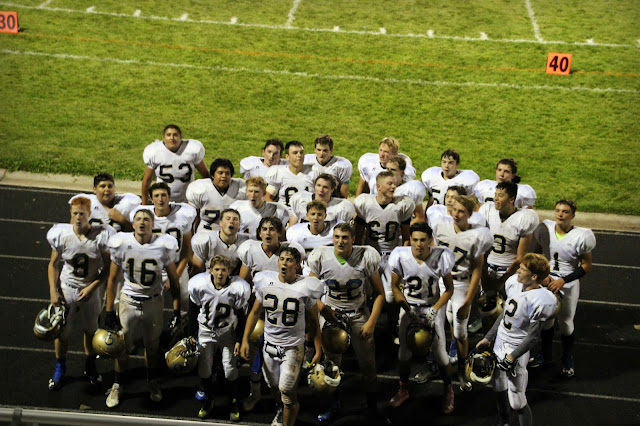 The celebration after the game was equally festive, and, there were hugs all around, despite the fact that you could have wrung the sweat out of the boys' uniforms and that the smell that came with it was, shall we say, unpleasant. No matter! Love these boys too much to care. 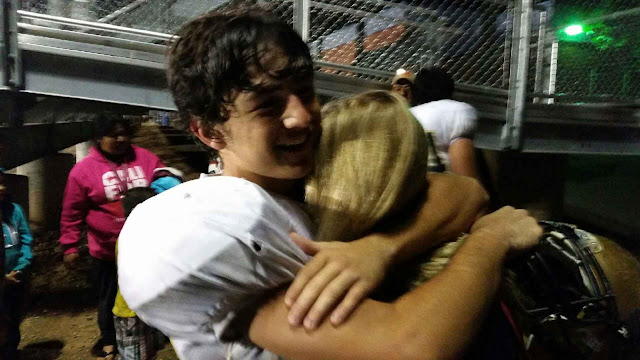 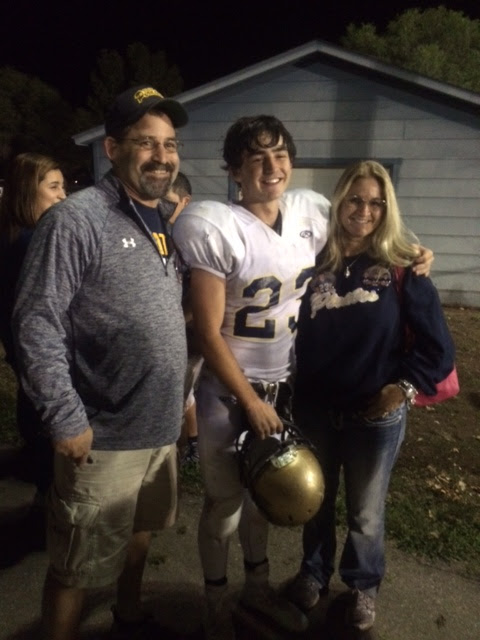 It was a great way to start the season and I can't wait for our first home game, which happens next Friday.
Posted by Chelle at 10:01 AM