I've been remiss in writing because I have been running around like Speedy Gonzales on crack; I don't know who pushed the Warp Speed button on my life when I wasn't paying attention but that will certainly teach me to look away.

As an aside, how racist was it to give a cartoon mouse a Mexican accent and a sneaky disposition? I'll be the first to say that the whole PC nonsense in this country has gone a bit too far, but, in Speedy's case, not so much.

So, why so busy Chelle?

Since I last wrote, I have traveled to Mayberry to attend a football game in a town about an hour south of the town; we recently changed leagues and this is the first time that we have played at that particular school. It is also the farthest road trip on this season's schedule, which makes for a nice change from last year.

Anyway, I got to make the drive over the mountain, which is in it's autumn glory like, holy cow! Gorgeous! And, the Cub and I got to spend the night with mom after the game, which was also nice. It goes without saying that the ass kicking the boys handed the opposing team was a pleasure to watch, but I hate to be a bragger, so I won't elaborate (they kicked ASS! HARD!).

Then, yesterday, I raced home just in time to host a work party for the Boosters; we made spirit sticks for 39 football parents, 31 volleyball parents, and 6 cheerleader parents for this week's Homecoming festivities. Then the senior moms stuck around to make locker decorations for our boys. It was midnight before I got to bed, but we accomplished everything that we needed to. 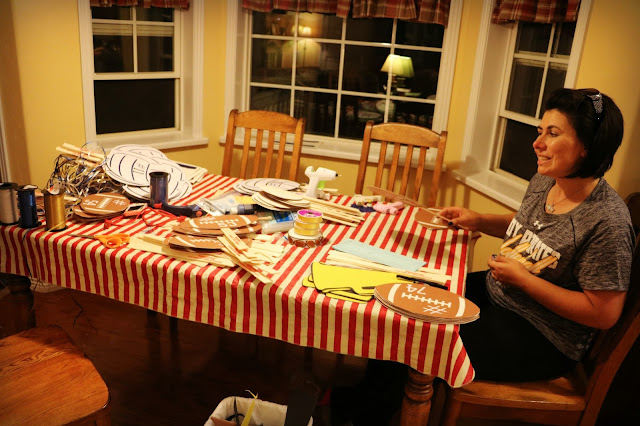 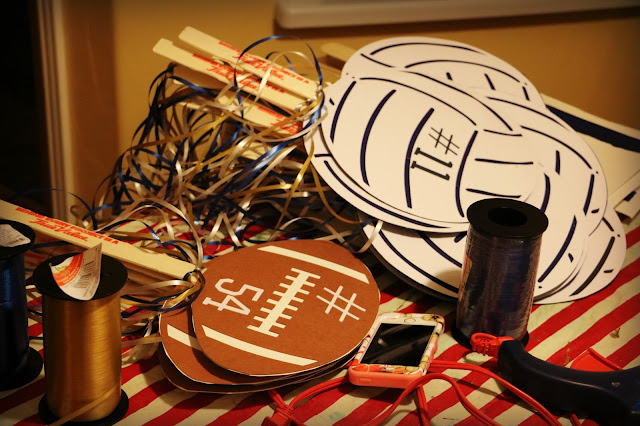 Today, I will join those same women at the high school, where we will decorate the halls for the big week. I also need to go to the hardware store to make sure that the front windows were cleaned (like I asked) for the window painter, who comes tomorrow to paint a  Homecoming mural for me.

I already know that the rest of the week will be a blur, but, as this is my last Homecoming, I am going to squeeze every bit of enjoyment out of it that I can. Posts may be sporadic. Or, I might inundate you; it's hard telling. Either way, it's going to be exhausting.