I never did get a picture of the Man-Cub in his tutu; rumor has it that one exists, somewhere in the universe, but, not for this momma.

I did, however, get ample pictures of the child in his Color Wars get-up; that wasn't hard to do, considering that the Senior's assigned color was black and, black is practically the Man-Cub's signature color.

In addition to Color Wars, yesterday was the annual Powder Puff Football game; I attended with my camera at the ready and the kids did not disappoint; I got a plethora of great pictures as the Senior/Sophomore team marched to a 14-7 victory over the Junior/Freshman team. 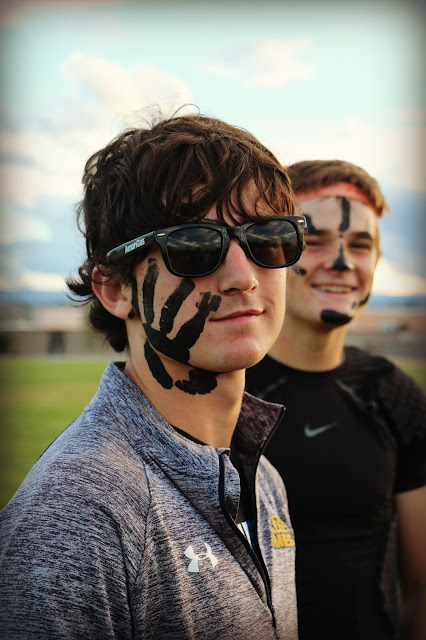 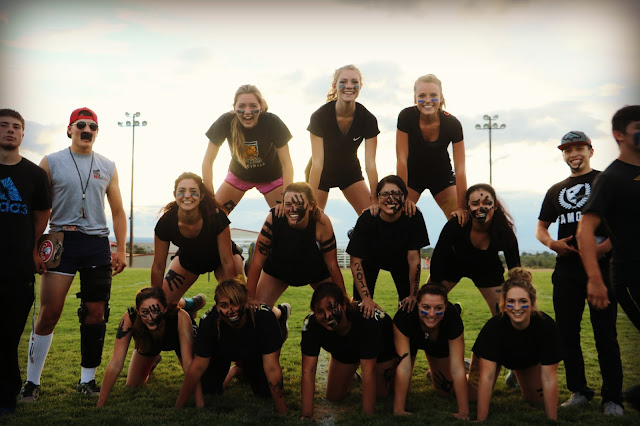 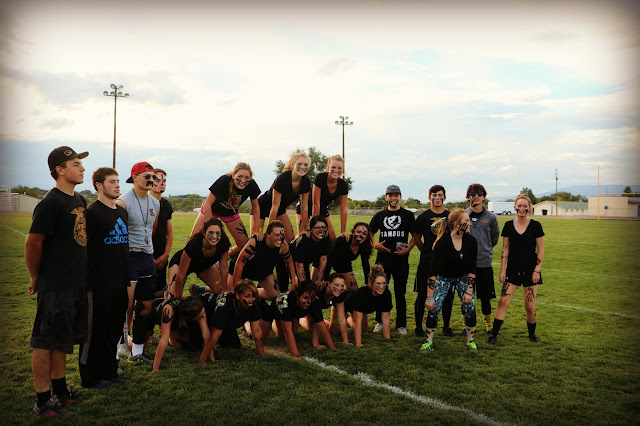 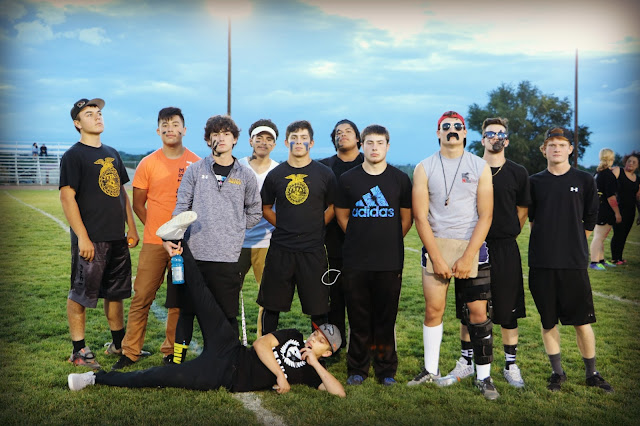 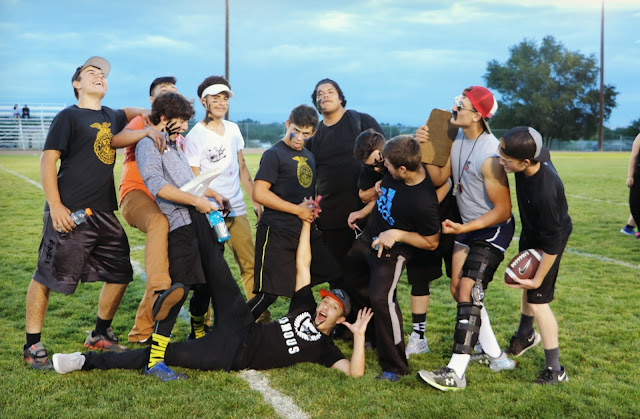 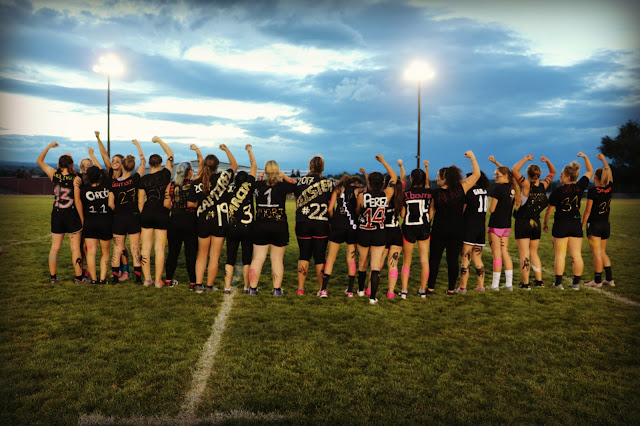 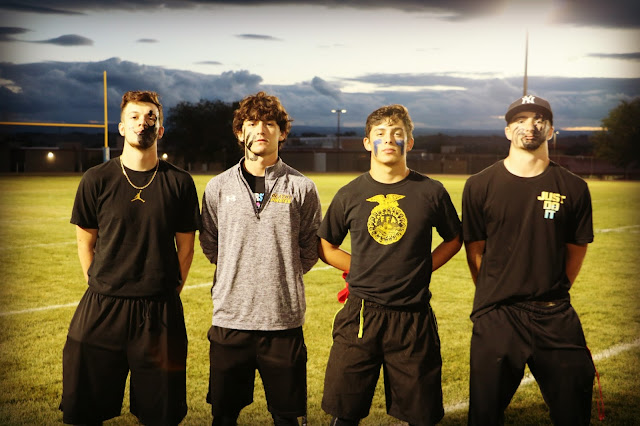 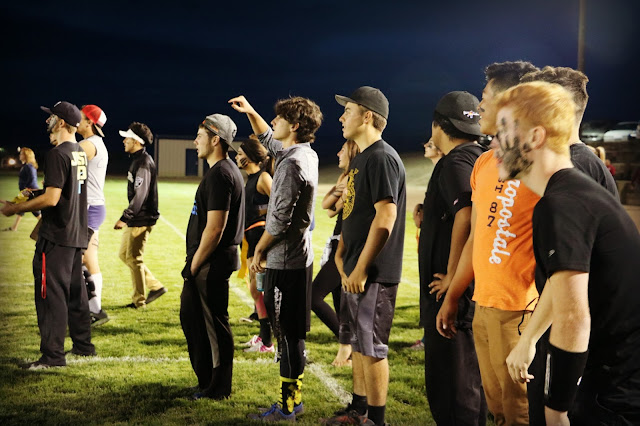 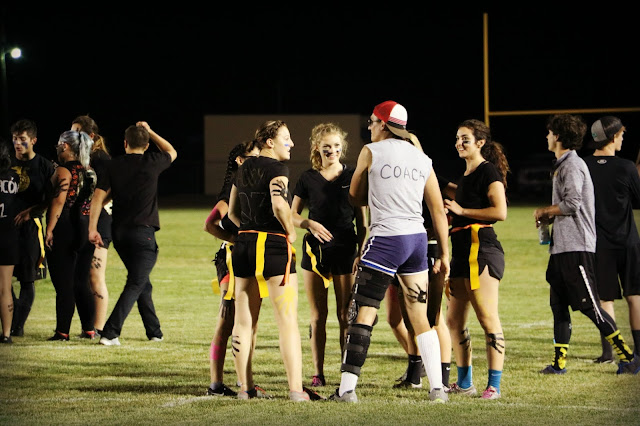 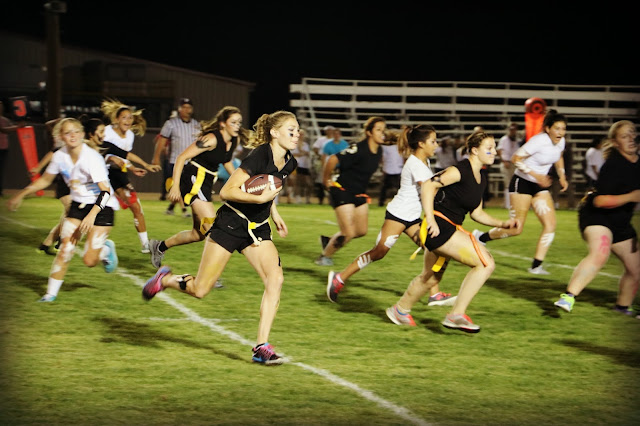 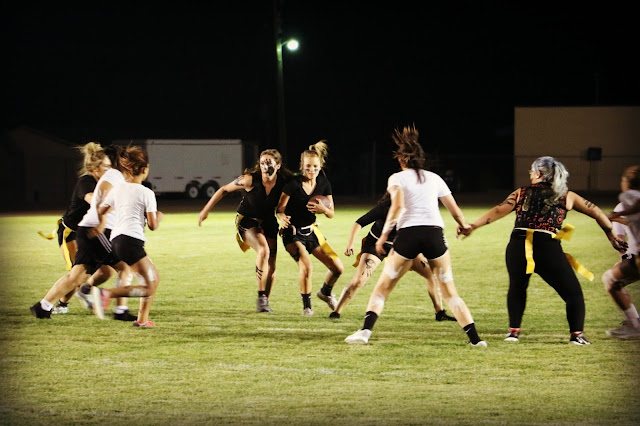 Somewhat disappointing was the rest of humanity, who exhibited a sadly entitled attitude toward the complimentary pulled pork sandwich dinner that the Boosters provided; the contributions to our donation jar were paltry, but the food was snarfed down with wild abandon. Manners have clearly gone the way of the dinosaurs and I'm not sure why we continue to give people the opportunity to disappoint.

In happier news, today is toga day and the Cub has asked me to come to the school to help him tie his sheet into something resembling Greek attire. I'm flattered that he thinks I am capable of such a feat, and, between you and me, I have been studying YouTube videos like I'm cramming for the MCAT or something.

Tonight, I will host the football team dinner, and, then, I am planning an early bedtime. I would fear that I am getting too old for this Homecoming nonsense, but my mom seems to be holding up just fine, so, maybe I am just lazy.