Final Score, Pirates 7, Cowboys 13 and, the Colors are Hoisted After All

Last night's game didn't end quite the way we had hoped, but, since it didn't end in a total blowout or major thumping; the boys should feel no shame; the Pirates and Cowboys have a long-standing rivalry, and, our boys have been thoroughly decimated by them in the past, so, to hold them to just two touchdowns was a credit to our defense and an accomplishment to be proud of. So, while the final score would indicate a loss, the boys are still winners in my book.


In other news, BCPE and the rest of the Boosters decided to rise above our recent tiff with the football coach by busting out the Hoist the Colors campaign after all, and, the reaction was even better than we could have hoped for, but, I'll get to that in a minute.


I spent the better part of yesterday morning delivering free Hoist the Colors banners to the businesses downtown. Then, I put the opportunity to have one of the banners on blast on Facebook, where it drew quite a bit of interest, not just from businesses, but from the elementary school, Town Hall, and various fans who wish to hang the banners from their home windows each game day. The response was so overwhelming, we are planning to order even more of the banners. 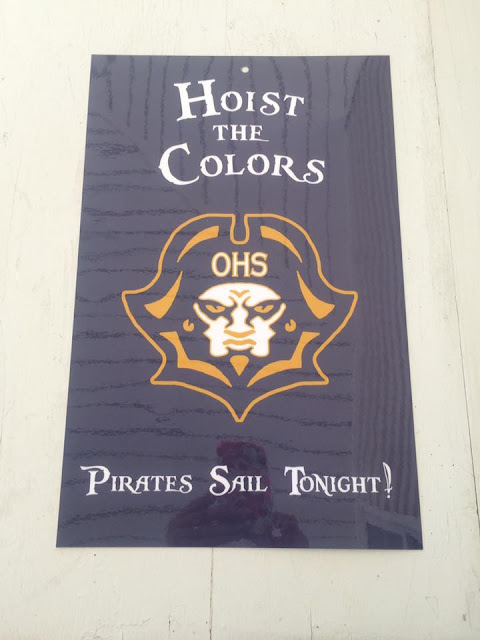 This picture is terrible, the colors are way more vibrant in person.

While I was making my deliveries, BCPE was hanging a 3'x6' Hoist the Colors banner at the front entrance of the school, where everyone who passed through the doors would be sure to see it, including the football coach, who, clearly took note of the effort, and, again, I'll get to that in a minute.


Kickoff was scheduled for 7:00, but, before the game got underway, BCPE had arranged for another surprise: a fly-over following the National Anthem (which, it should be noted, not a single player refused to stand for). 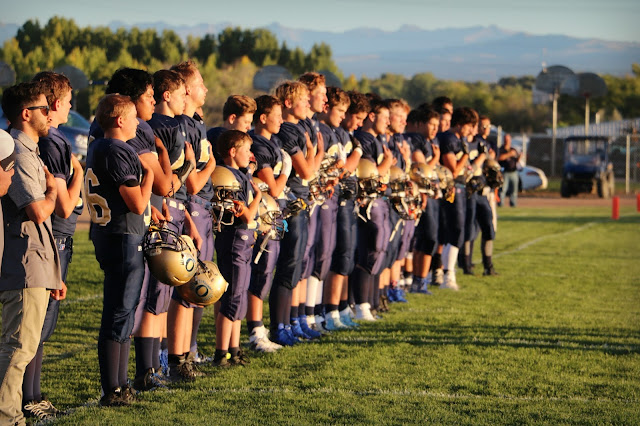 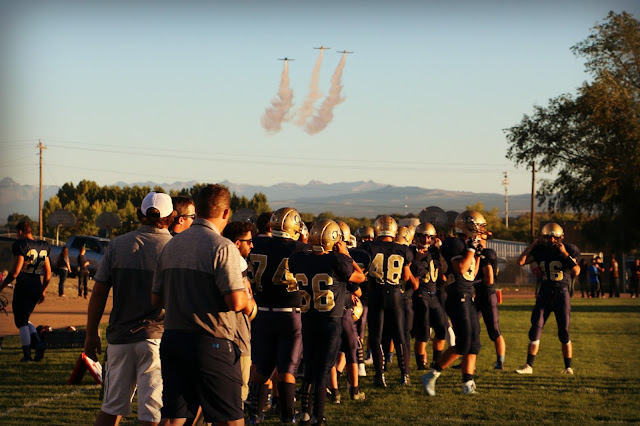 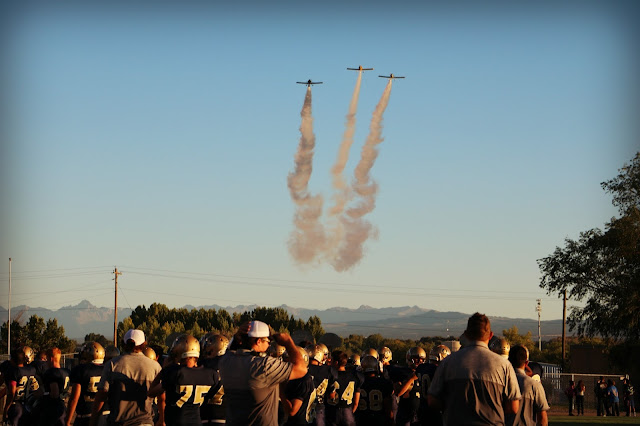 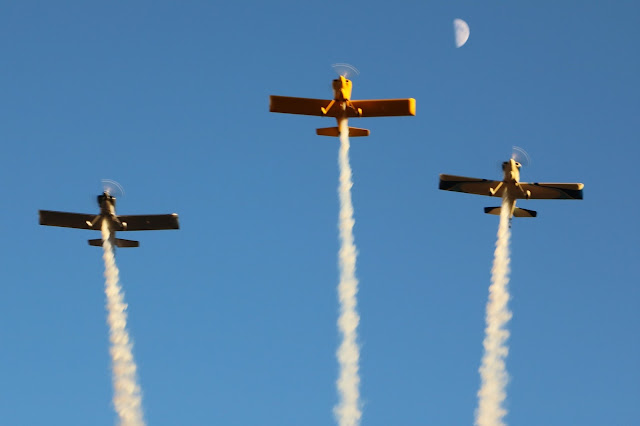 The cheerleaders did their part to keep the crowd excited; their sponsor (who recently started attending Booster meetings) had arranged for the girls to have small footballs with the Pirate logo printed on them available to throw to the crowd each time they did a particular cheer about the school colors (the crowd LOVED this), and, our attempt at a run-through banner was also a hit (although, both the Principal and Athletic Director assured us that they would contribute to the cost of a new vinyl banner if we are unable to finally locate ours). 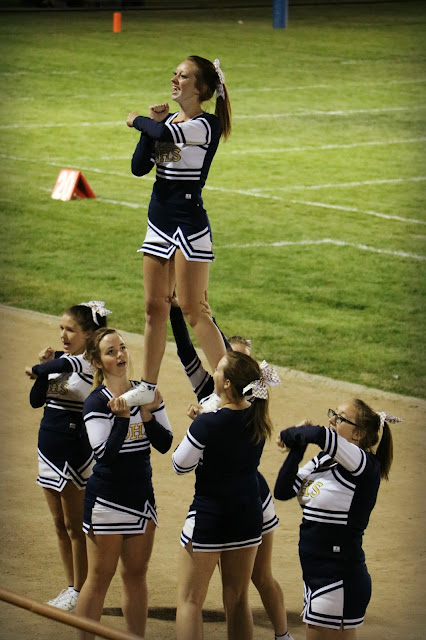 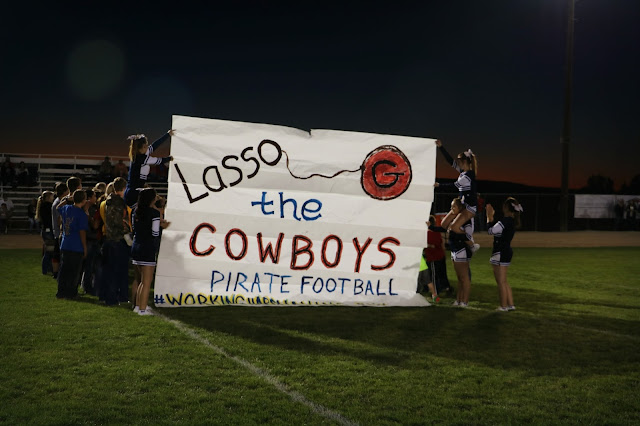 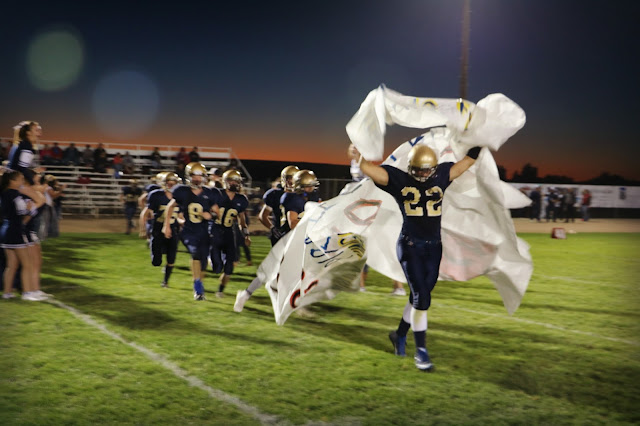 I believe that the enthusiasm from the crowd kept the boys pumped, even though they were behind. 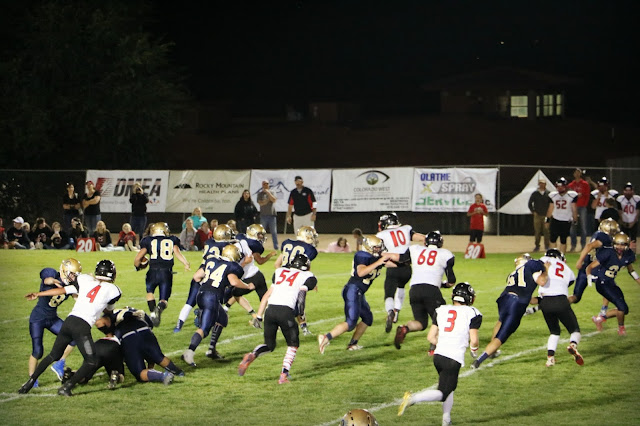 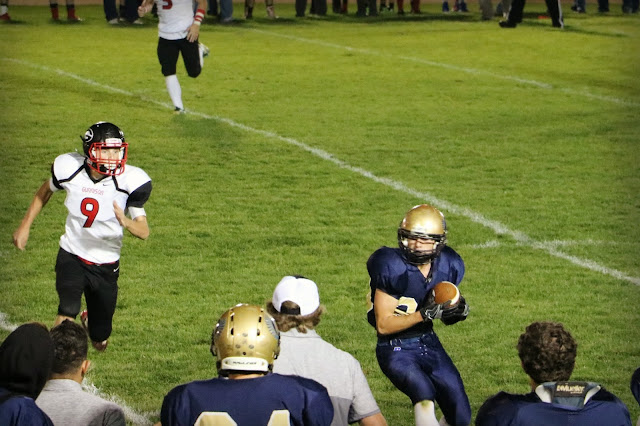 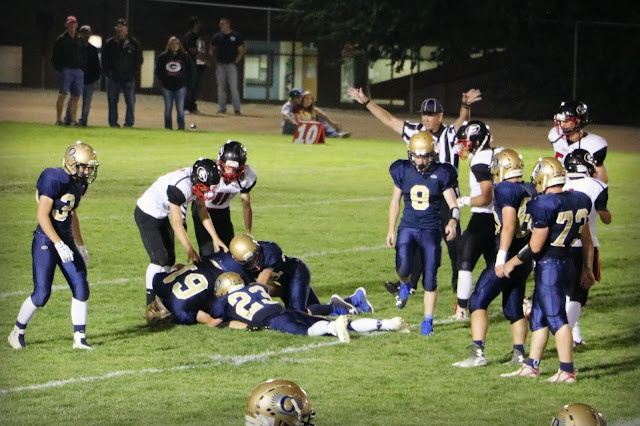 Naturally, the boys were disappointed, and, even the Cub was a bit misty when he came off the field, but, we were quick to assure them all that they had played hard, given their all, and made us proud. 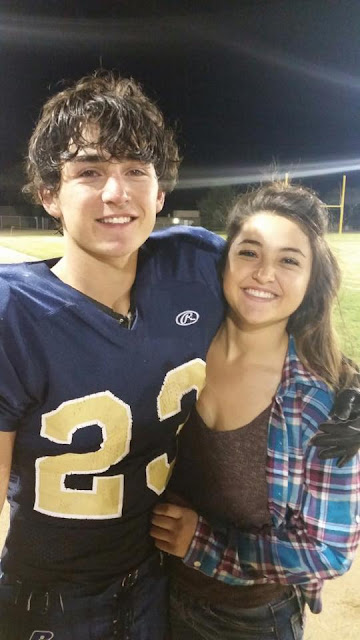 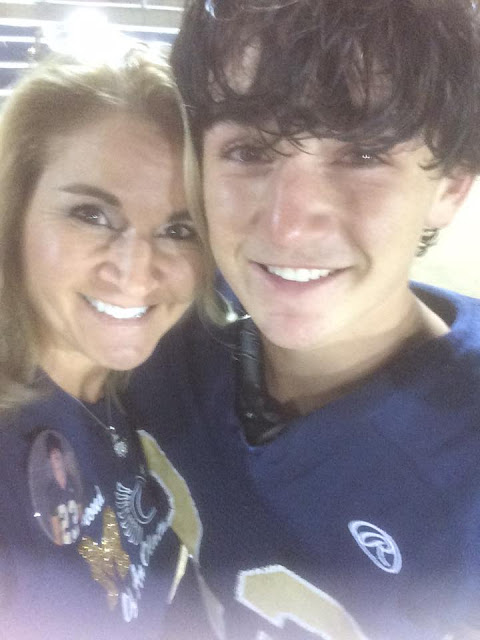 Now, for the rest of the story...I hadn't been home ten minutes when BCPE called me; she was in shock because the football coach had actually sought her out after the game to tell her how much he LOVES the Hoist the Colors campaign. In fact, he loves it so much, he wants to order a banner THREE TIMES THE SIZE of our 3'x6', and he offered to purchase a run-through banner with the same logo.


When BCPE filled him in on the rest of our plans for the campaign (rally towels, flag pole banners, etc.), she said he actually got almost giddy, which, if you knew this coach, is like WTF?
He went on to thank BCPE for the efforts, expressing appreciation for the Boosters and encouraging her to let him know if there is anything else he can do to support the campaign.


So, our decision to rise above the pettiness appears to have paid off. And, while the coach is still against the idea of Senior banners, I think he will be less cranky when we do an end-run around him to accomplish something on a slightly (and, I do mean slightly) smaller scale for the boys. 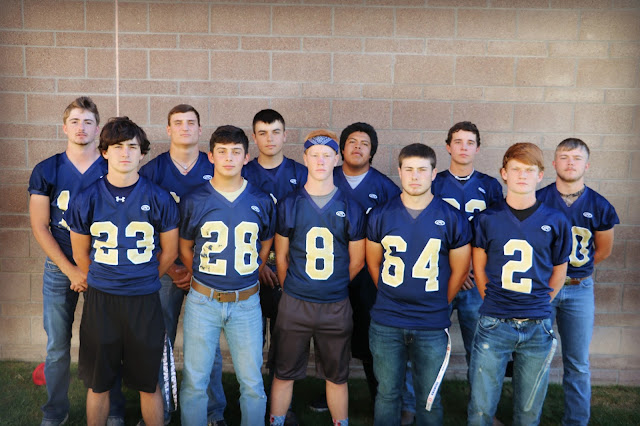 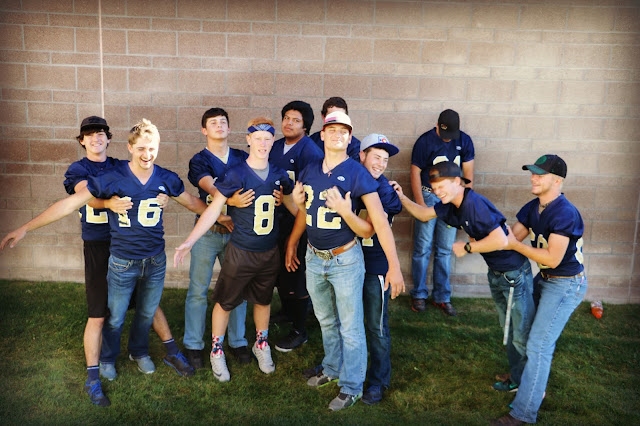 This karma things appears to be working out.
Posted by Chelle at 9:12 AM