When I left off with the Homecoming updates, it was Thursday and I was on my way to the school to tie the Man-Cub's toga; that mission went without a hitch and I am now completely confident when I say: I am the Toga-Tying Queen of the Universe. In addition to the Cub's toga, I fashioned sheets into modest attire for three other young men and two young women. They all looked marvelous and I left the school feeling more than a little smug. Going to a toga party? Need an assist getting your Greek on? Call me, I'll set you up right. 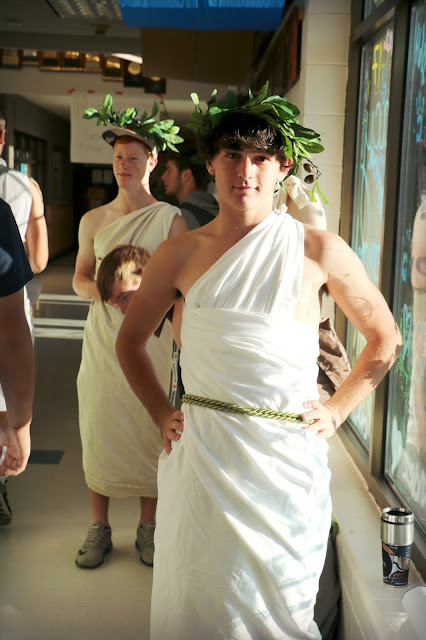 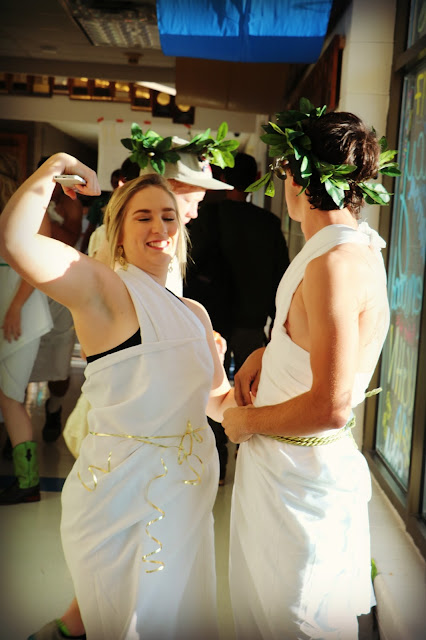 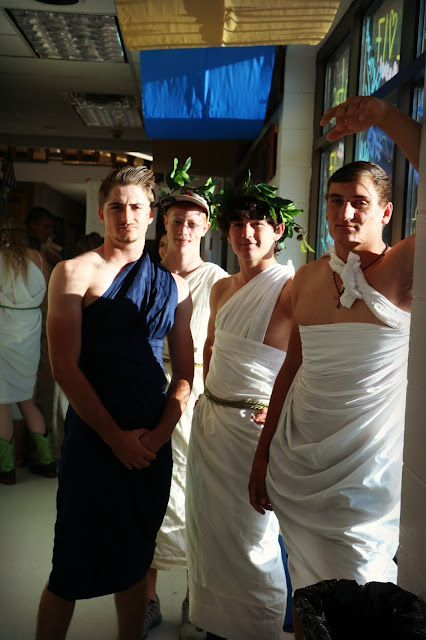 In other news of a smug nature, later that day, I hosted the football team dinner, where I single-handedly served a Mexican buffet to 39 hungry teenagers.

That's also a total lie; I did not do it on my own, like at all. Thank God for my mom, who has been here all week, helping to run my household while I race around like a crazy Homecoming-obsessed fool; she clocked in more time on her feet in the kitchen than a woman of her station in life should ever be subjected to, and I appreciate her for it.

I also had the help of one of the underclassman parents, who happens to be an old friend; I got to catch up with her as well as benefitting from her mad kitchen cleaning skilz and that was both appreciated and awesome.

When all was said and done, the boys had powered through seven pounds of taco meat, eighty-some flour tortillas, three large boxes of hard taco shells, six cans of refried beans, a huge pot of chili, three bags of Frito chips, seven chopped tomatoes, two heads of lettuce, a ginormous bag of shredded cheese, a container of sour cream, a container of salsa, a bottle of taco sauce, and a birthday-slash-Homecoming cake. And, they did it in under an hour, when they raced off to cheer on the volleyball girls. I've compared them to a horde of locusts before, and, they did nothing to spare themselves the comparison this time. Locusts! But, cuter, and, with better manners. 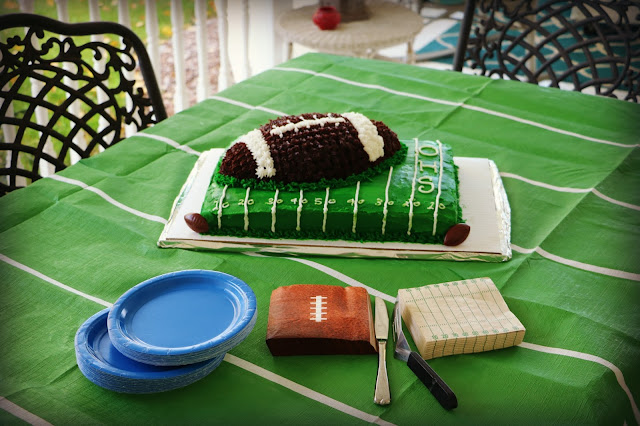 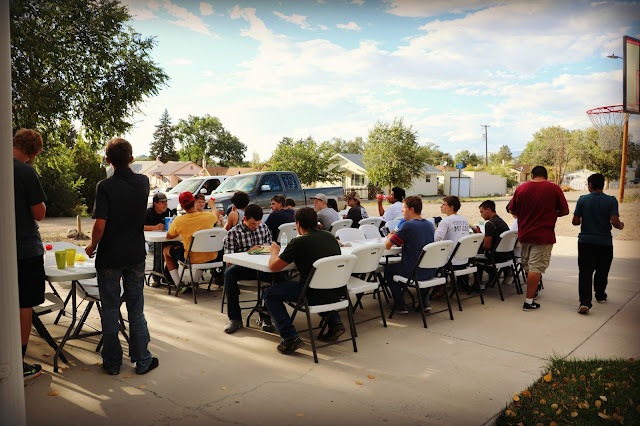 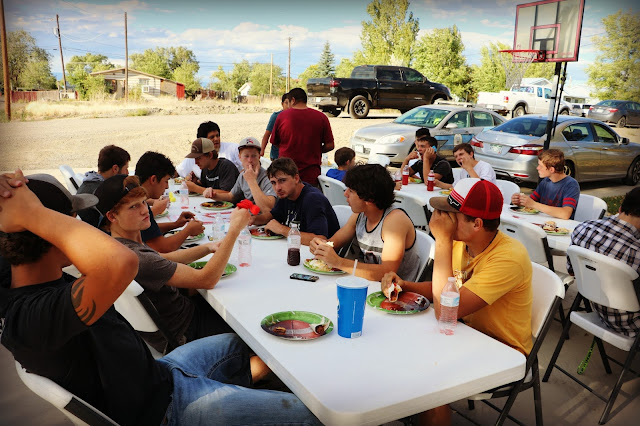 When I started this post, I intended to include the festivities from Day Five, but, this is already getting crazy-long, so I will wrap it up and follow up with another post later today.