When the Cub told me that yesterday's Homecoming costume theme was America, I was a bit confused; America what? Should he dress like the Statue of Liberty? Uncle Sam? We didn't have a lot of time to scramble for something that ambitious, so, instead, the Cub cobbled together a patriotic get-up from items in his closet, my closet, my 4th of July party supplies, and the craft drawer.


The end result was an outfit suitable for the tailgate pre-party at a professional football game, but, the Cub was happy. 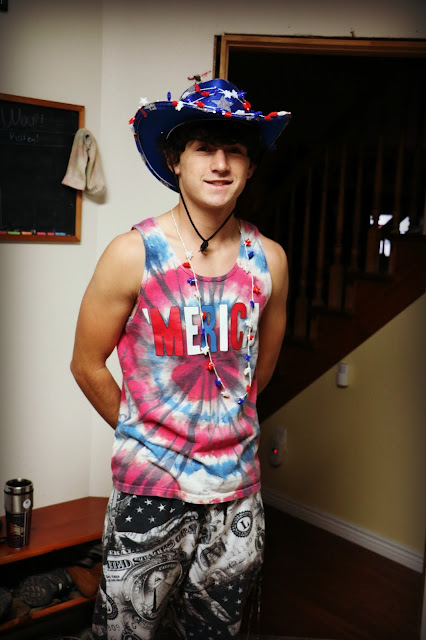 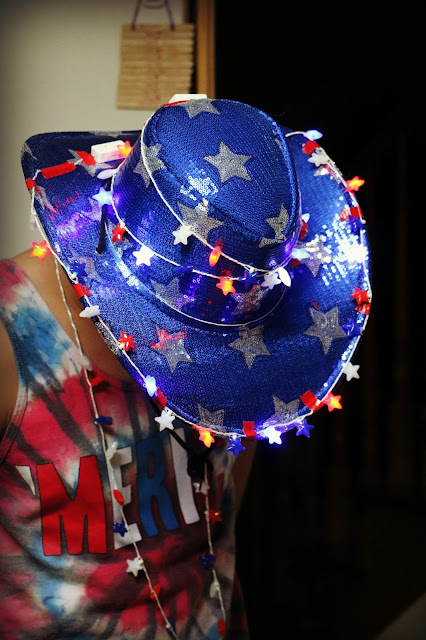 In other Homecoming news, the kids spent several hours Sunday night tagging the school windows and street that runs parallel to the school. This is a tradition endorsed by the school and local law enforcement and it always ends up in a colorful explosion of self-expression that lasts well into the school year until finally succumbing to the weather. 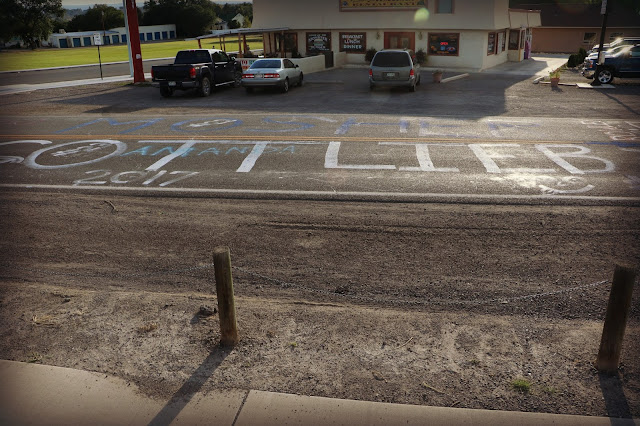 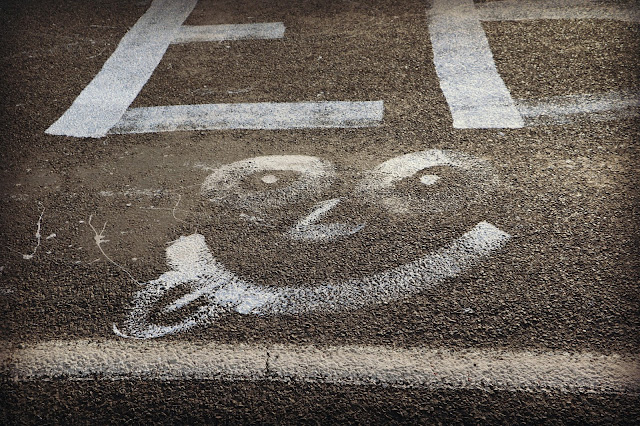 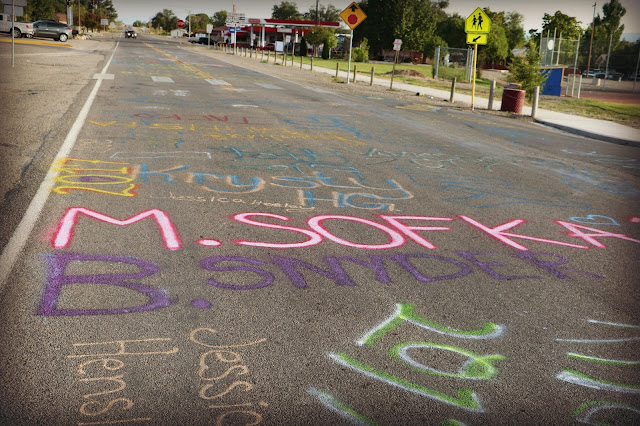 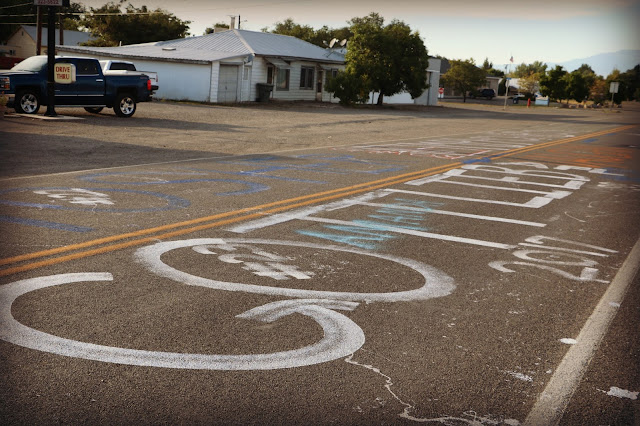 Not to be outdone, I commissioned a local folk artist to paint the windows at the hardware store. I think it turned out pretty well and I assured Hugh that the clean-up will be dealt with way sooner than the street graffiti once Homecoming is over. I guess in this case, "I don't do windows" does not apply. 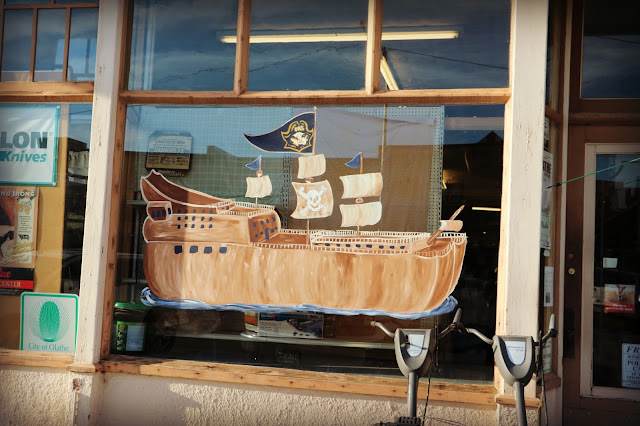 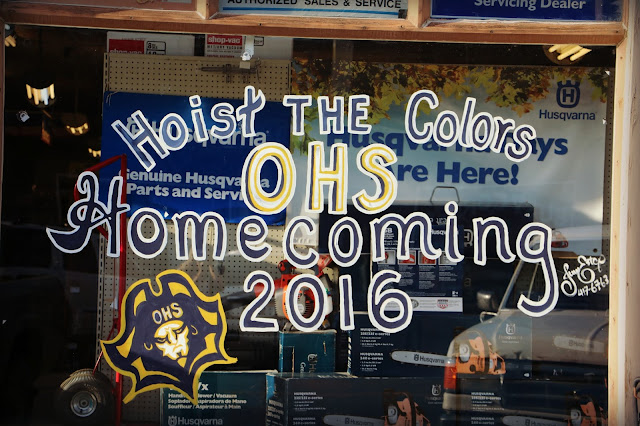 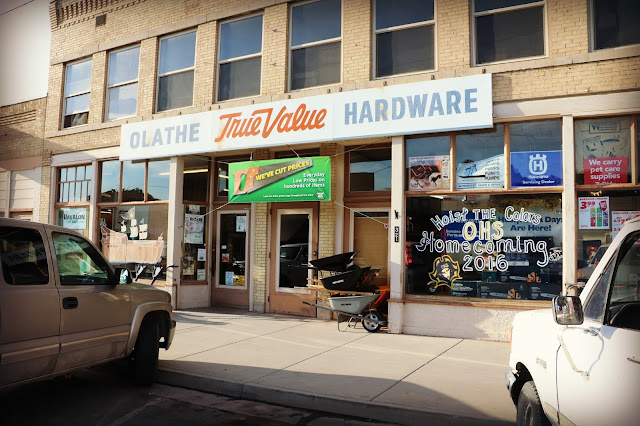 The costume theme for today is almost more baffling than yesterday's: Tutus, Tough Guys, and Tacos. The Cub has a tutu but I have no idea what he is planning and I need to get into the office early, so, I will have to rely on him to take some pictures of whatever he and his friends come up with. I am not optimistic.
Posted by Chelle at 6:39 AM