This Is How We End the Summer

Saturday morning, we loaded up the RV and headed for the hills to spend the long holiday weekend with Jana and Co. The weather forecast was a tad bit on the sketchy side, but, we figured that we would just make the best of whatever sunlight we got.

Jana's mom, step-dad, and brother had decided to come along, so, between us, we had three motor homes and a motorcycle trailer that the boys commandeered as their own personal mini-RV, which, made for an impressive campsite once we circled the wagons. 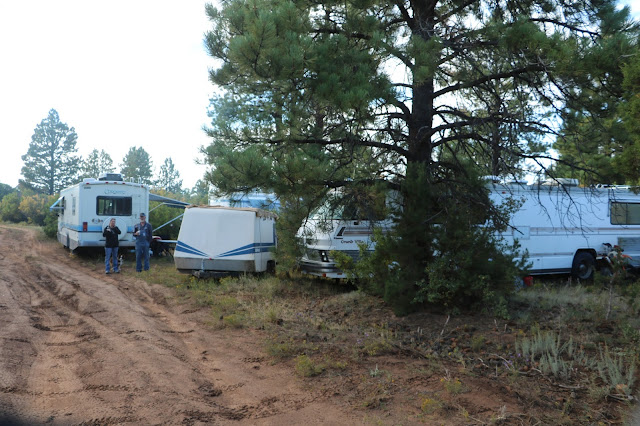 We decided to take advantage of the clear skies by exploring an old tunnel that had been dug into the mountainside as a way to transport water from the high mesa down into the valley; the tunnel has been abandoned for years, but it is still as sound as it was the year it was built.

Jana and I discovered the tunnel by accident when we happened upon a fenced off air vent while hunting pinecones. We had no idea how deep the hole was, or what it was used for until we returned to camp and asked Jana's mom, who grew up in the area and knows a lot about the history.

Once we knew what we were dealing with, we tracked down the opening of the tunnel and, with the aid of headlamps and flashlights, we went exploring. 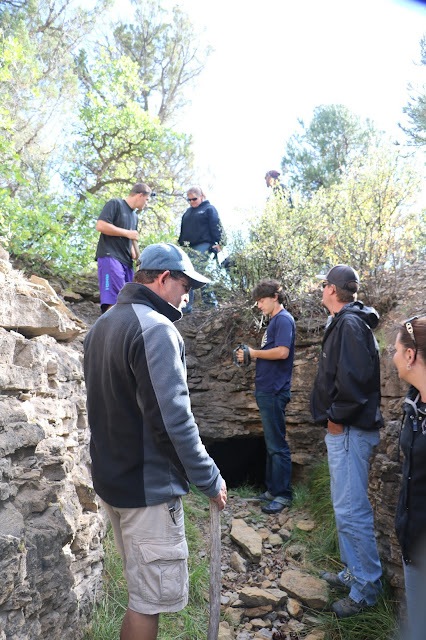 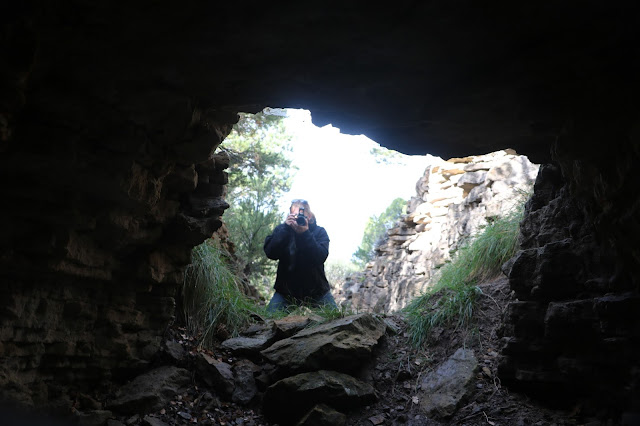 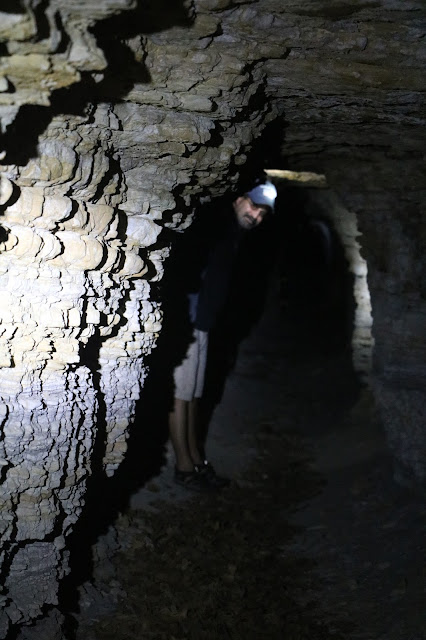 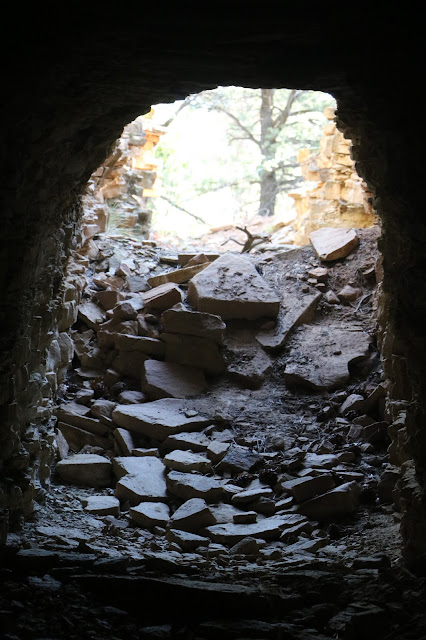 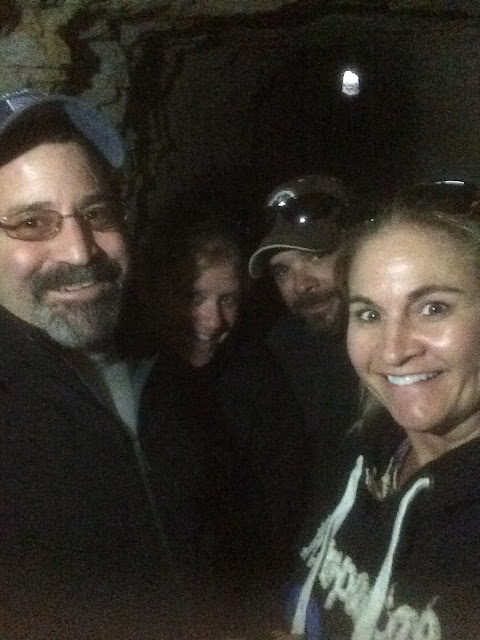 The tunnel wasn't too long, and, we decided to walk aboveground on our return trip, while the boys opted to use the tunnel again. There was one other air vent in the tunnel, in addition to the one that Jana and I had found, and we made the boys pose for pictures at each one. Because, that's how we roll. 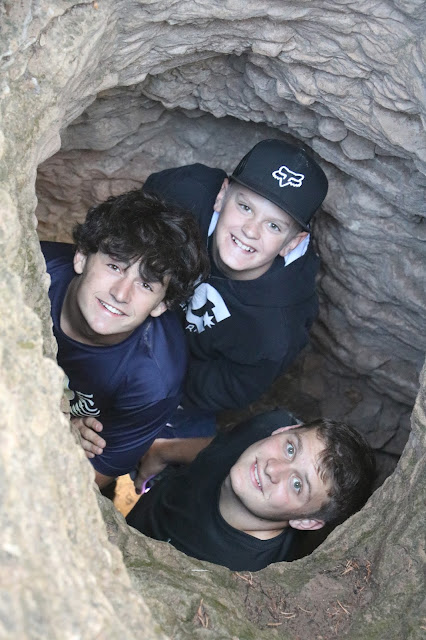 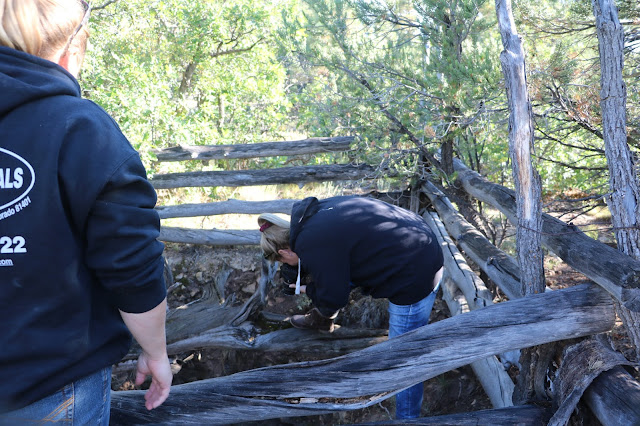 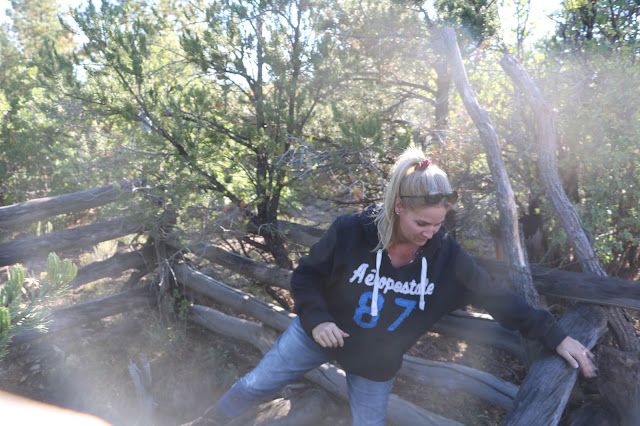 Once we got back to camp, we spent the remainder of the day relaxing, preparing dinner, and enjoying the campfire and a guitar serenade from Jana's brother. 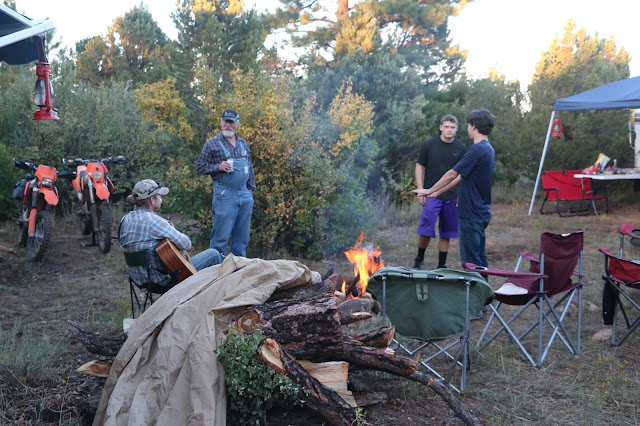 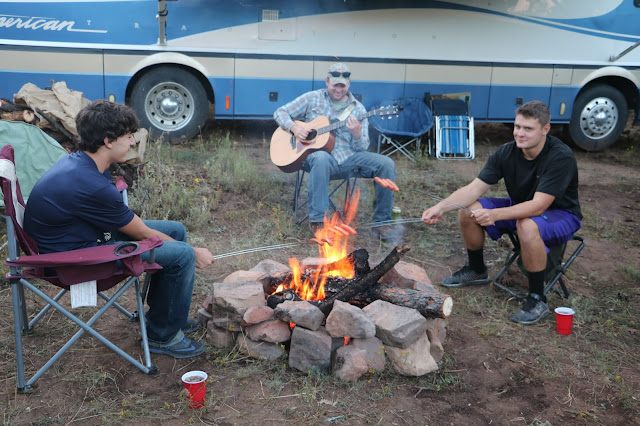 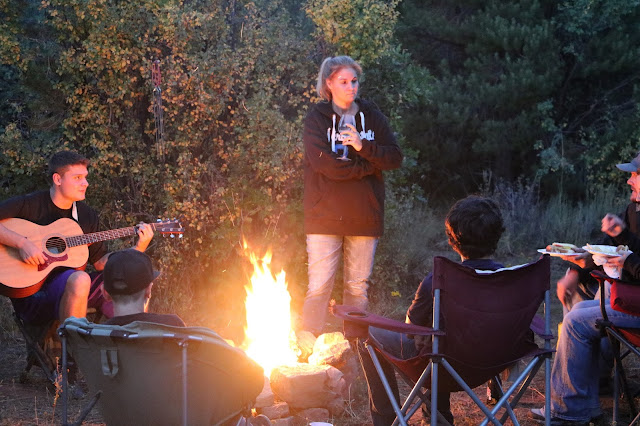 Then, we hit the sack so that we could get up early on Sunday for a full day of Jeeping in the high mountain trails. 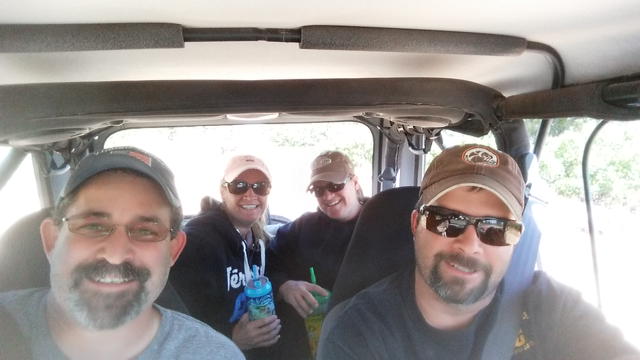 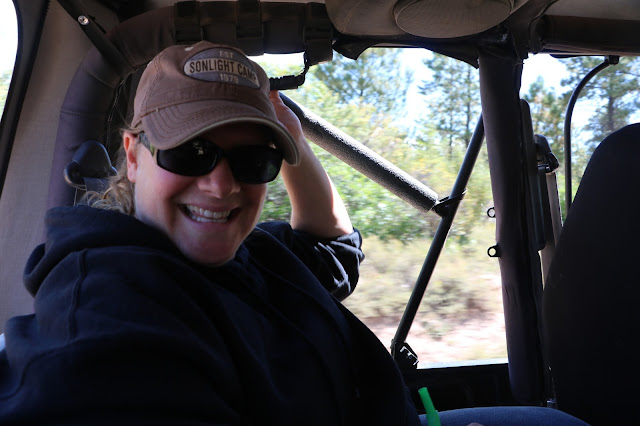 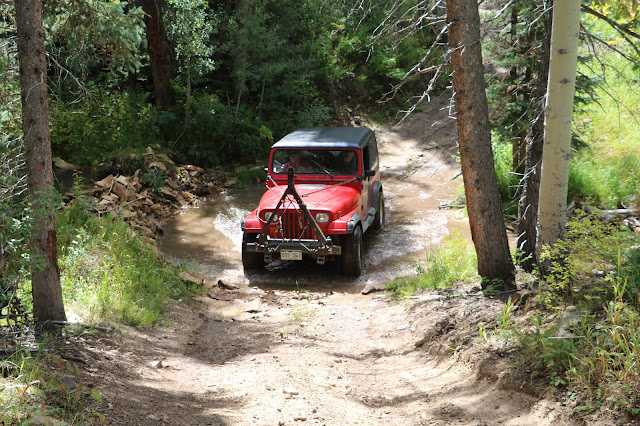 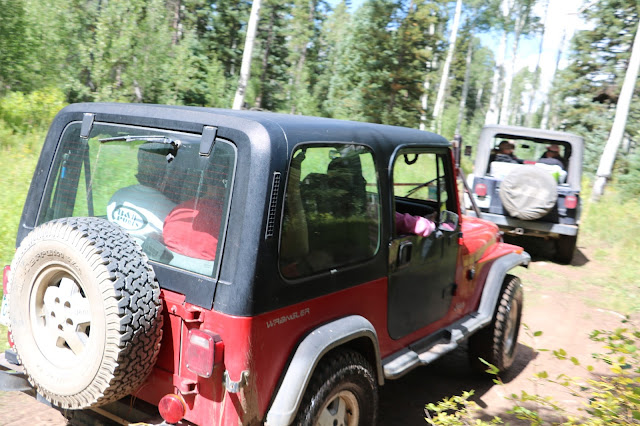 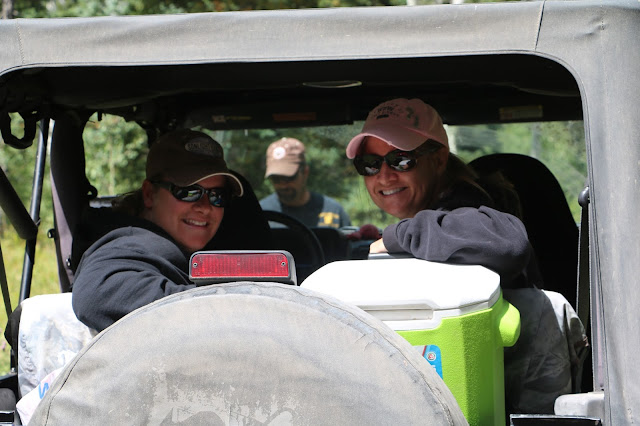 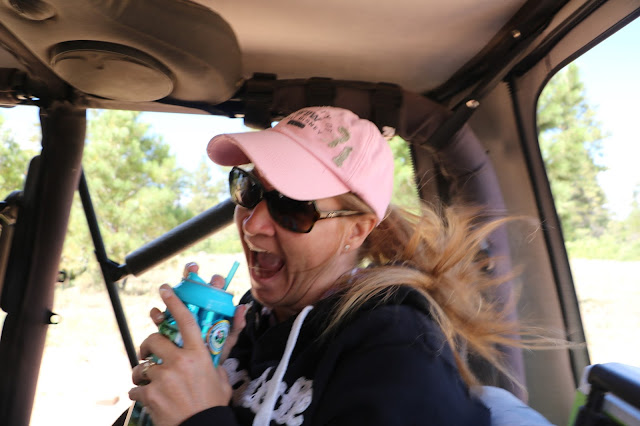 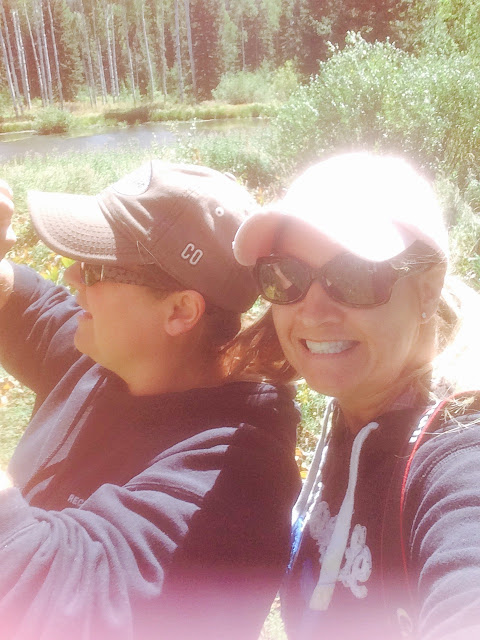 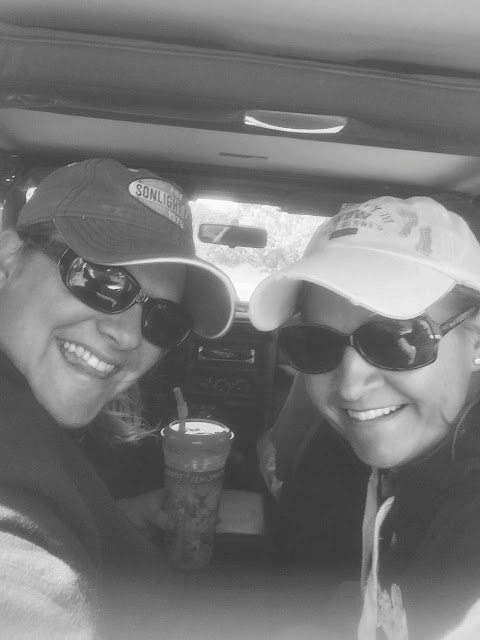 It was a really fun trip and I almost didn't want to come home. But, I had work to do, and, the boys were jonesing for technology, so, home it was. 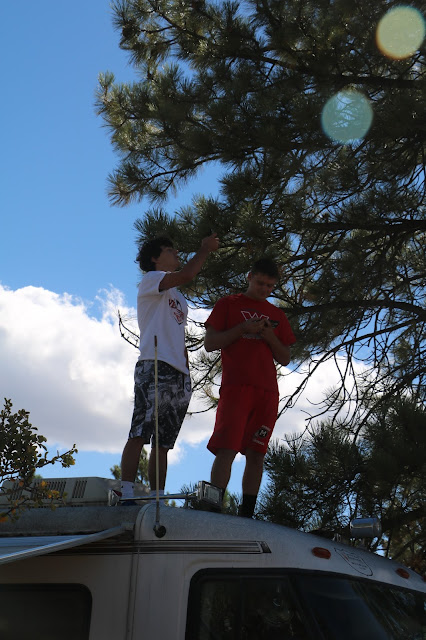 Now, I need to get ready to start my workweek, knowing how challenging it can be for me to wrap my brain around a short week.