Last Friday, when we went to pick up the large vinyl run-through banner that the Booster Club had purchased for the school several years ago, we discovered that it was missing. Since we had been planning to take it to the game that evening, we were a bit bummed, but, figured that a more thorough search of the school would turn it up before our next game.

Apparently, not. The banner is still missing, and, since we want the boys to have the experience of bursting onto the field through a banner, Booster Club President Extraordinaire and I decided to re-awaken our inner cheerleaders by making a banner on our own. 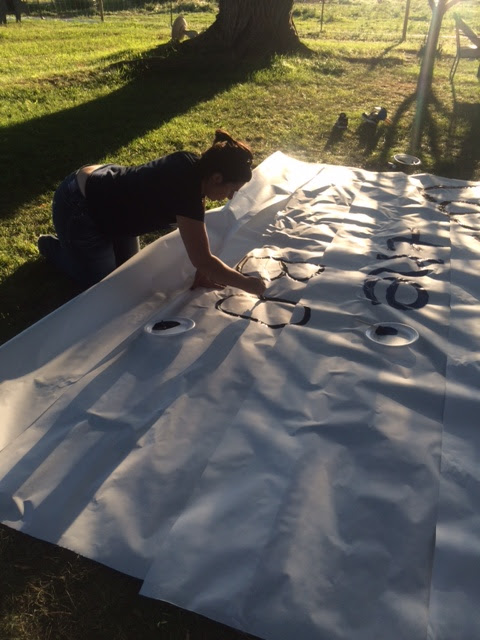 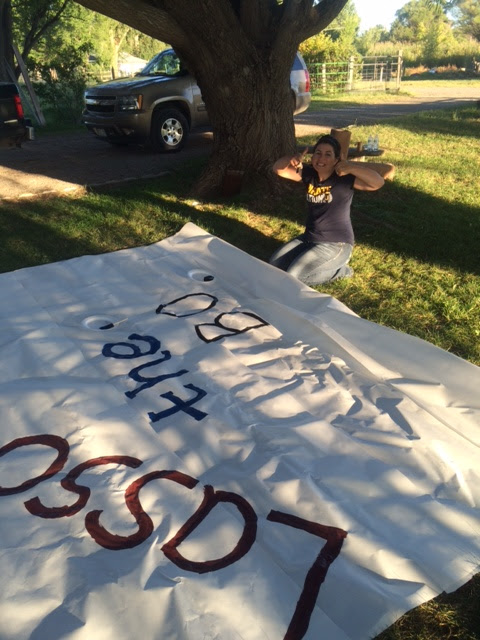 The effort required alcohol, but, the outcome was acceptable. 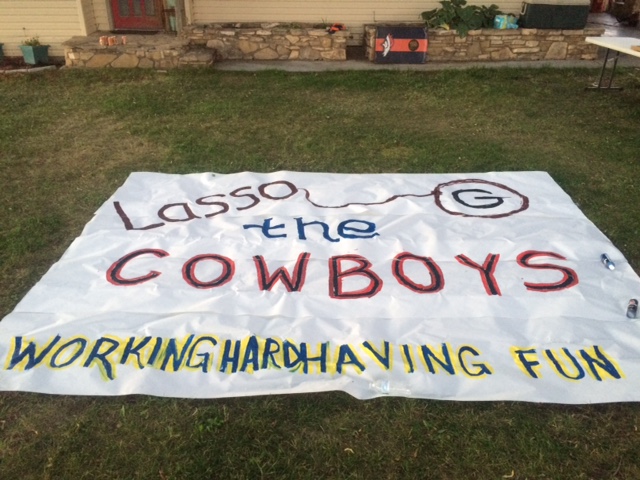 Ok, yes, the saying on the banner is corny as hell. What can I say? We wracked our brains to come up with a clever saying for the banner, and, I actually had something pretty awesome worked out... 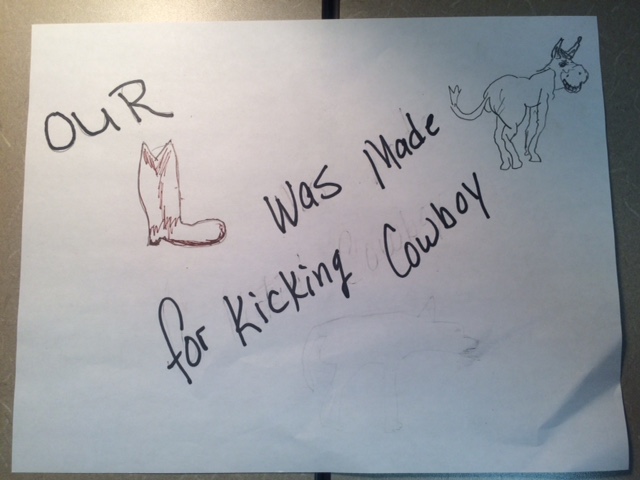 ...if only the Athletic Director had approved (he did not).

It's ok; the boys have a banner-allbeit a corny one- to run through, I got to relive one of my fondest high school memories, and I could feel the school spirit. Which, goes to show, you can take the girl out of the school, but you can't take the cheerleader out of the girl.


*Edited to add: We forgot to add the hashtag to the Workinghardhavingfun at the bottom of the banner; that has since been done.  It's is the coach's team motto, and, while we still host anger for the coach, BCPE and I agreed to add the motto to every banner. After all, we don't want our karma to be negative.
Posted by Chelle at 8:16 PM