I have never considered myself a tattoo person. But, while I have no burning desire to mark my body in a permanent fashion, my children have taken a different course.

Her freshman year in college, Queen B got an incredibly tiny cross on her foot. This introduction to the art opened the floodgates, and, a year later, she added a colorful dragonfly to her body art collection. 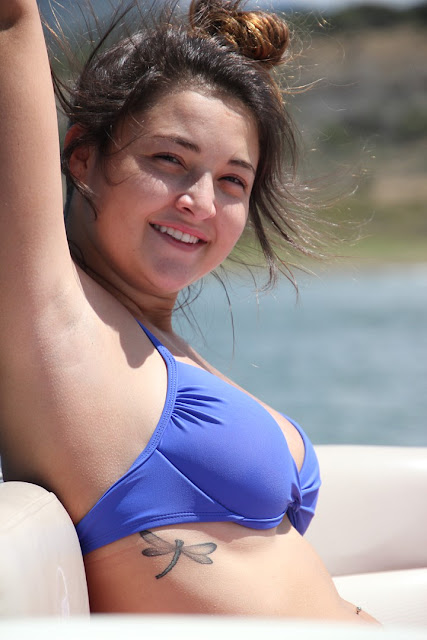 The dragonfly was in remembrance of both Brandon and my dad, and, since I also hold the dragonfly dear to my heart, I was less dismayed by her choice to permanently mark herself with its' image than I might have been had she chosen something less endearing.

Not that it would have been my choice, either way; she was-and, is-an adult and was free to make her own choices regarding her body.

Flash forward to last year, when the Man-Cub turned eighteen and was, for most practical purposes, a legal adult. He and Queen B plotted and planned to share the tattooing experience together, and, their bond was made complete. In the sense that they now share ink, at least. 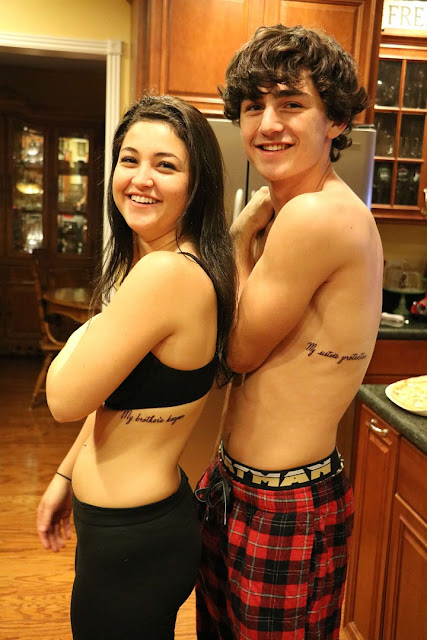 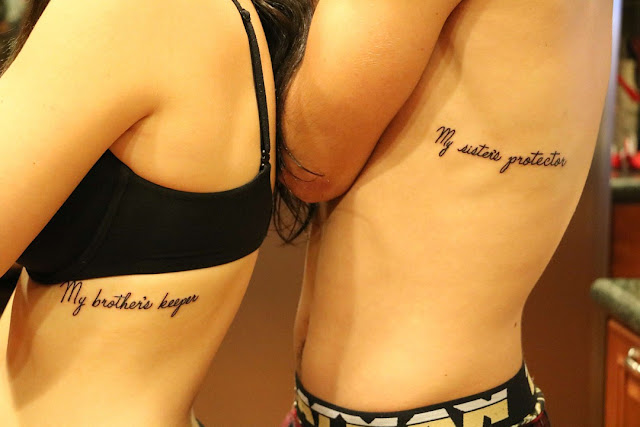 Again, while not a choice I would have made, I did commend the sentiment, as well as their use of tasteful script and the choice of location on their bodies-that is to say, not in an area that future employers will necessarily see (a future in pole dancing or as a Chippendale not looming on the horizon, please and thank you, God).

Then, because you can't put the genie back in the bottle, the Man-Cub started planning for his next piece of body art, the design of which he labored over, intensively. 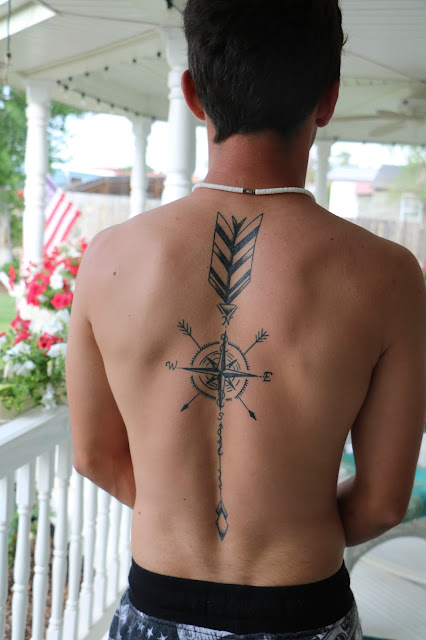 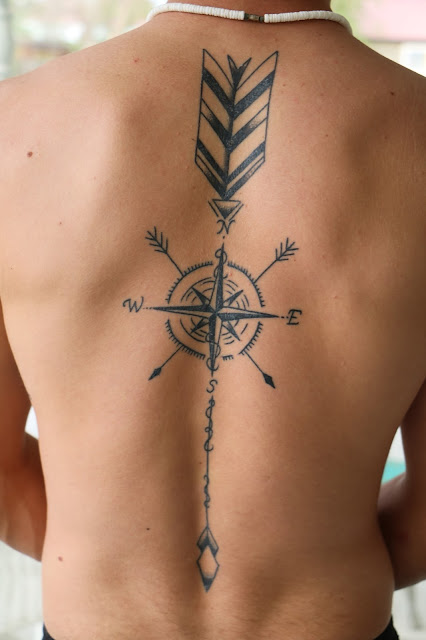 I can't say that I was thrilled. It's...large. But, it truly speaks to his wanderlust and to his adventurous spirit, and, as I've said, it's not my body and he is an adult, so...

I still have no burning desire for artwork of my own. As far as I'm concerned, the artwork that means the most to me is reflected in the two beautiful human beings that I created.

Besides, in a way, I do carry two tattoos; I carry them on my heart, crafted from an ink that will never fade.