Sunday With the Roughriders

The Man-Cub's team, finally got their uniforms today; they are officially The Roughriders.

And, what was the roughest thing they did today? They lost by two in an extra inning following nine innings tied 5-5. Seriously. Five runs for each team in the first inning of the game followed by nothing, nada, zilch for the next eight innings.

It was a looooong game. And, hot! Holy hell, it was hot! But, I only have a few more opportunities to watch the Cub play ball, so, I'm not complaining. Plus, I had my trusty lawn chair (complete with side tray table and a handy loop for holding up my giant umbrella), a cooler full of sparkling water (as hoped, the bubbling H2O has kept me off the Diet Pepsi), and a bag full of cherries (I prefer to spit pits instead of sunflower seed shells, I'm weird like that), so, I was as comfortable as I was going to get.

Next weekend, I will be in Mayberry, celebrating Stampede weekend and my 30th high school reunion, so, I won't get to watch the Cub play, but, you can bet your last dollar I'll still be rooting for him. 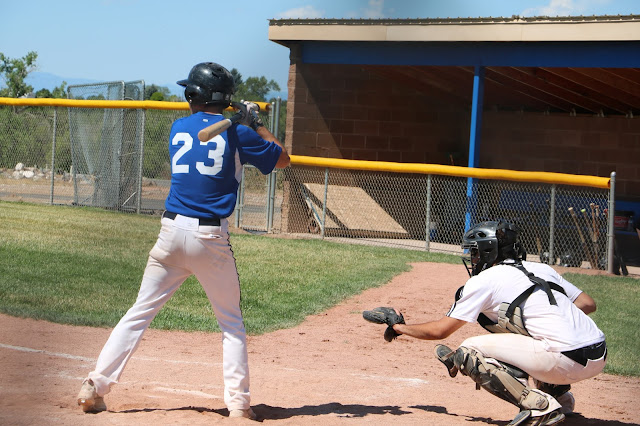 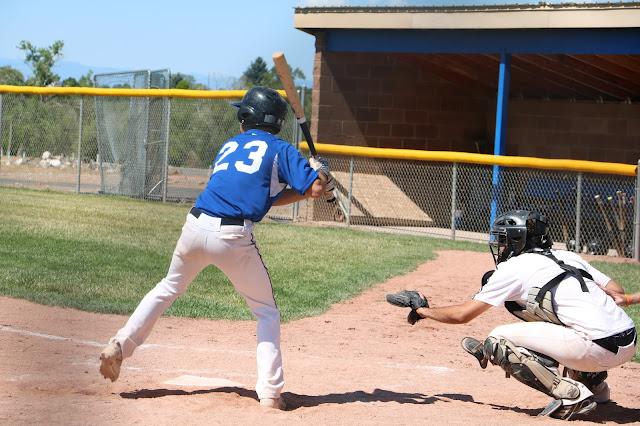 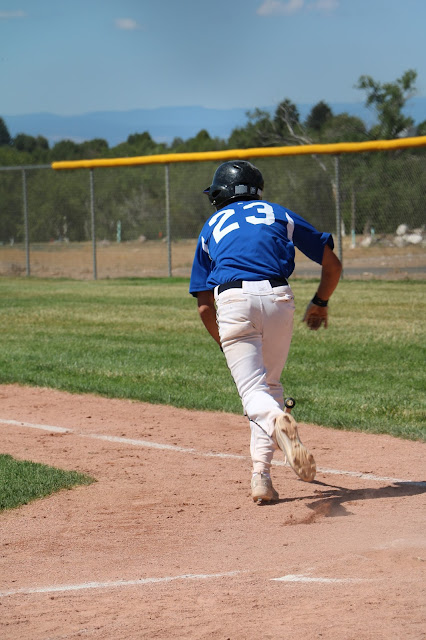 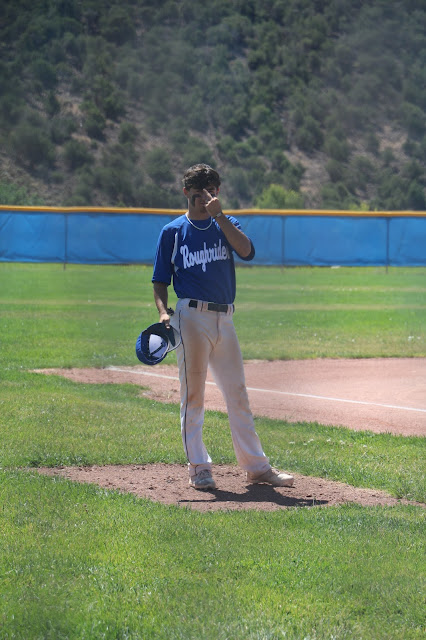 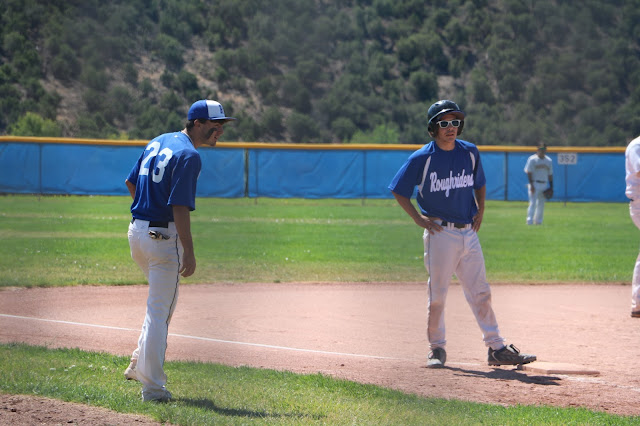 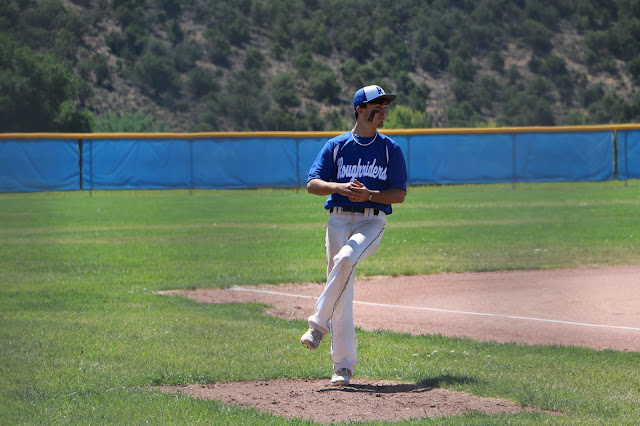 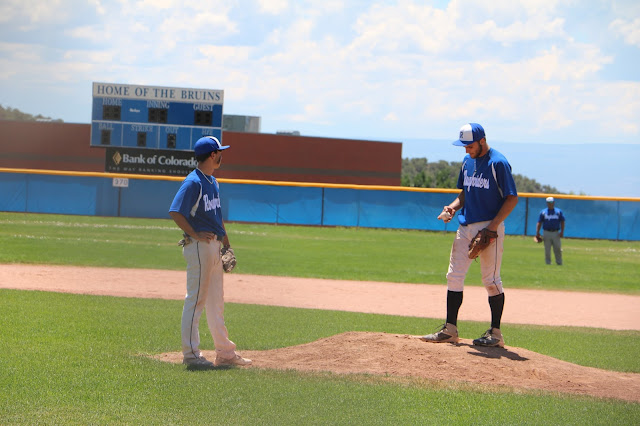 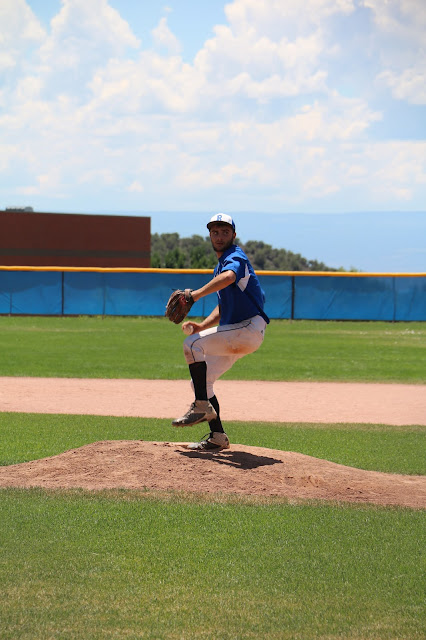 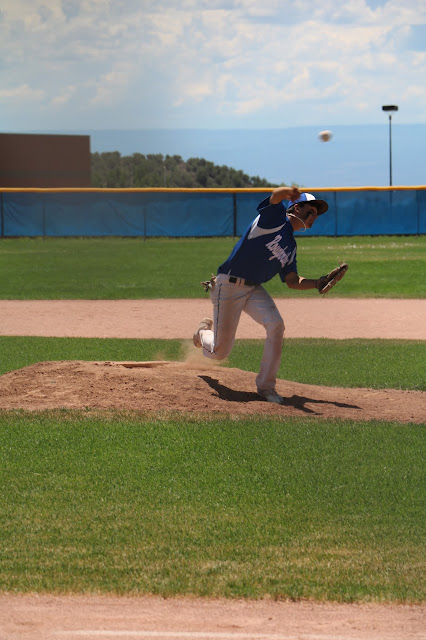