So, apparently, two of my classmates had no idea that a mimosa contained alcohol, and, since my particular mimosa recipe contains twice as much poison than the average recipe, I managed to get two unsuspecting fools totally snockered at this morning's parade party.

I don't know whether to be amused or appalled.

I think I'll go with amused.

In addition to the sneaky alcohol-full mimosas, my girlfriend and I served both a spicy and somewhat less spicy Bloody Mary, along with lemonade, which was, to my credit, not spiked with the demon alcohol. The bar was a huge hit and something that I would totally do again in five or ten years when we have our next reunion.

I will eventually get to the full story of the reunion (including a few really awkward moments), but, for now, I will just dump a bunch of photos from the parade party into this post so that you can see how it all came together, along with a few shots of me in the awesome apron that another classmate made for me and my girlfriend, because, you can't serve sneaky, alcohol laden drinks without an apron. 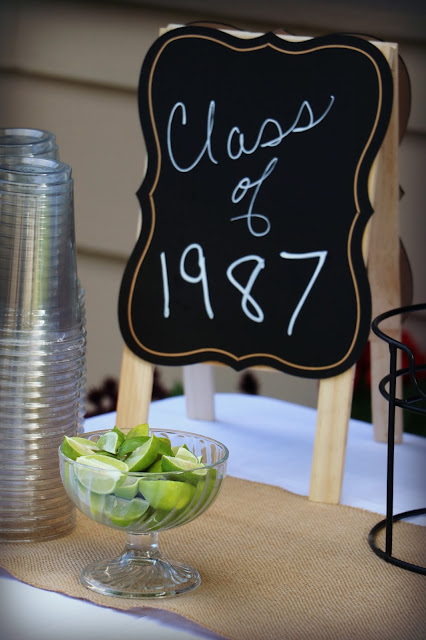 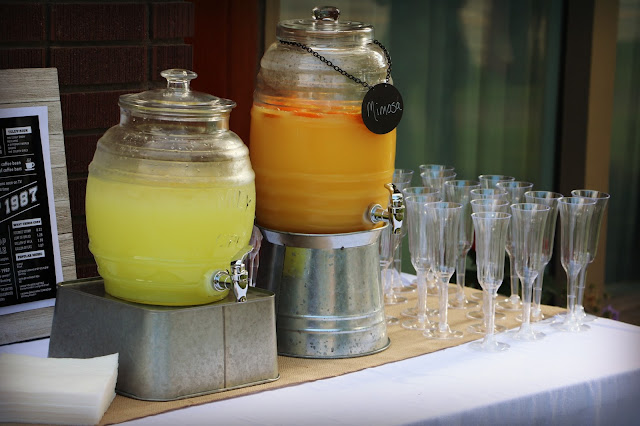 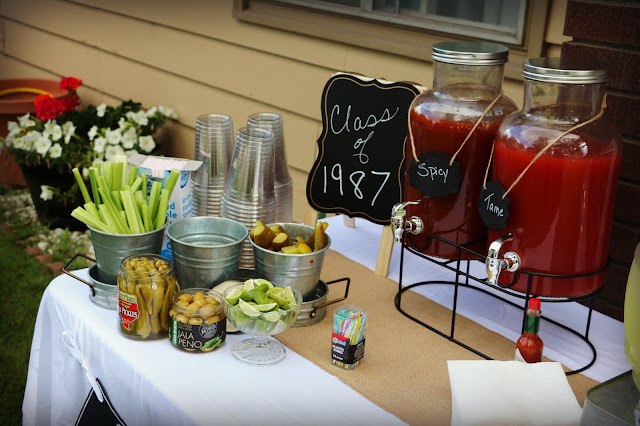 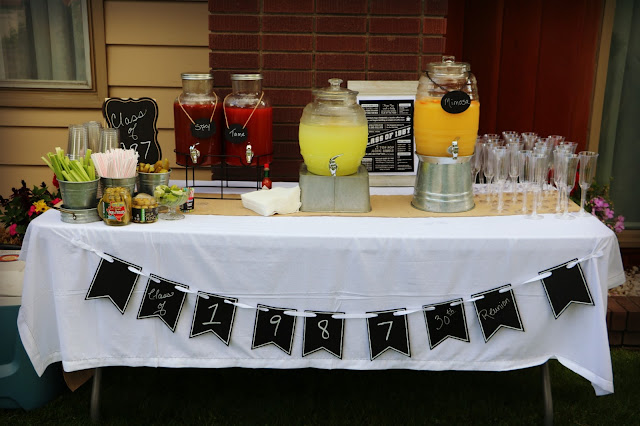 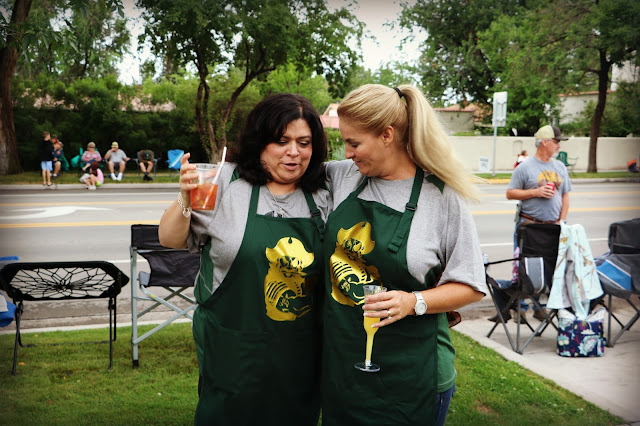 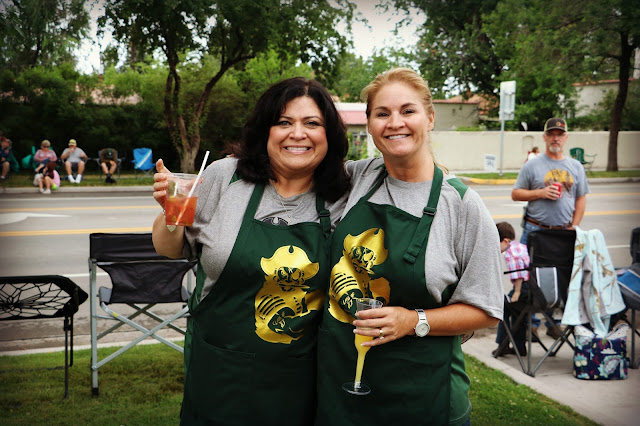