If You Want To Get To Third Base, You Should Probably Buy Me Dinner First

I just got home from my endometrial biopsy. It went as well as could be expected. Actually, it went better than expected because I didn't bleed profusely this time. Also, I felt neither the need to pass out nor the urge to throw up!

Well, not during the procedure, anyway; the urge to barf did occur as the Good Doctor casually waved the resulting tissue sample in my face while explaining to me the time frame of what will happen next, but, I swallowed it back down (the urge, not actual vomit).

Although, if I had given into the urge, you couldn't have blamed me in the least. 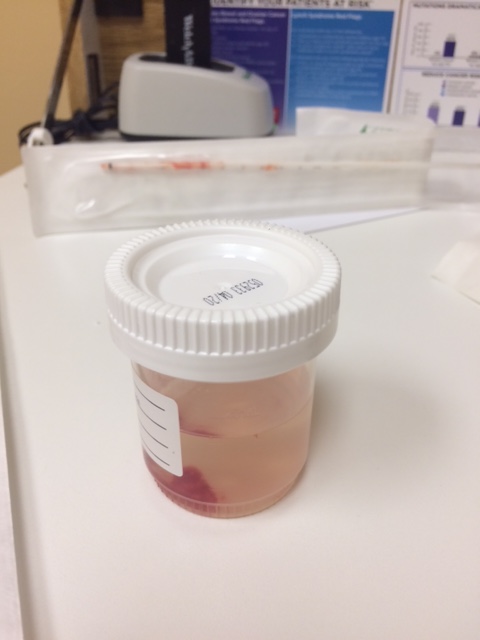 Now, if you will excuse me, I am going to have a little lie-down (lay-down? ) while holding my feet up in the air to take as much pressure off my uterus as possible lest it decide to enact revenge upon me in the form of a third period this month.

Admit it; you're just happy you aren't me.
Posted by Chelle at 5:20 PM