It's all Fun and Games Until Someone Pulls a Hammy

Did you see yesterday's post? 7 days until the Man-Cub officially becomes a college freshman, y'all. And, a resident of Hawaii. And, I become an empty-nester with no babies to spoil.

But, we aren't going to talk about that anymore (Head. Sand.).

This past Sunday, the Man-Cub played in his last baseball game. He almost didn't get to play-the team was lacking enough players due to vacations, and other commitments. But, Hugh swooped in to save the day, donning his old baseball pants and cleats and taking up a bat like it was second nature.

Well, second nature until he hit the ball and then had to actually run to first base, at which point he pulled his hamstring in a major way, leaving him limping to the base rather than running.

Luckily, the opposing team's first baseman has a terminal case of the butterfingers that day, and, despite moving at a crippled snail's pace, Hugh made it to base. The crowd went wild! Well, mom and I were the crowd, but, still.

It was a nice way for Hugh and the Cub to spend some final quality time together before we leave for Hawaii. And, even though Hugh has spent the past two days icing his leg and popping ibuprofen like it is candy, I don't think he would have missed it for the world. 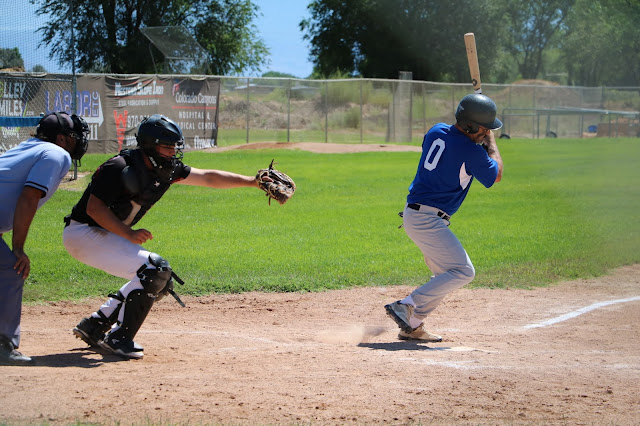 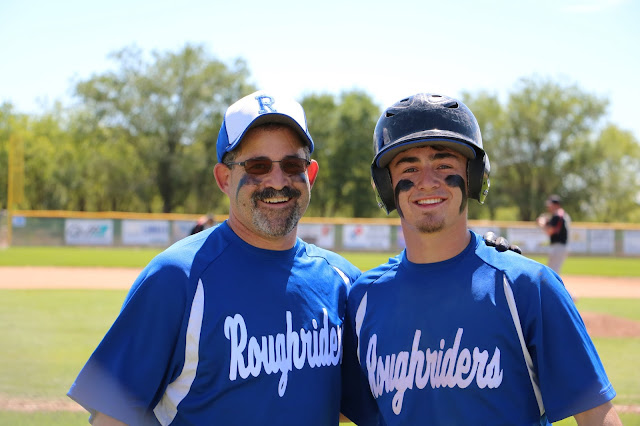