The Man-Cub Says Aloha to Maui

It's not what you think; in this case, Maui is a fish. A Betta fish, to be exact. I bought him about a month ago, from the clearance aisle at the Hellmouth, where, he was languishing in a small container of water, waiting for his ultimate demise and the flushing that would follow. I felt bad, so, I brought him home to live out the rest of his natural life, and, the Cub named him Maui. 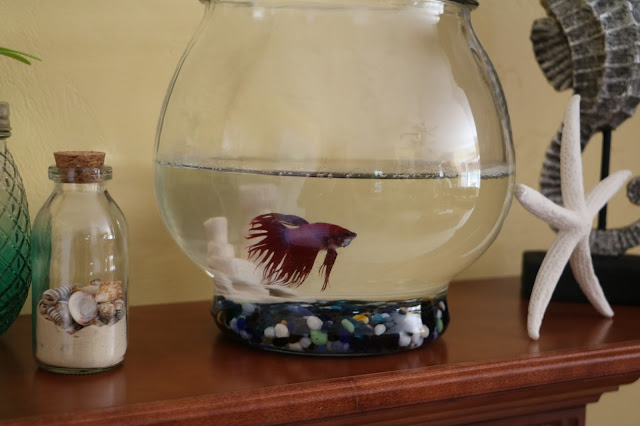 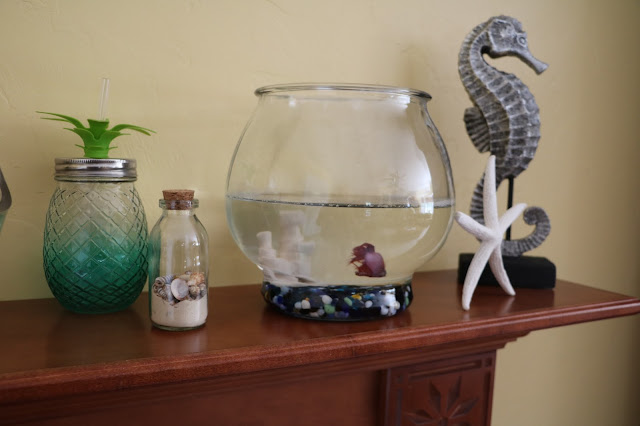 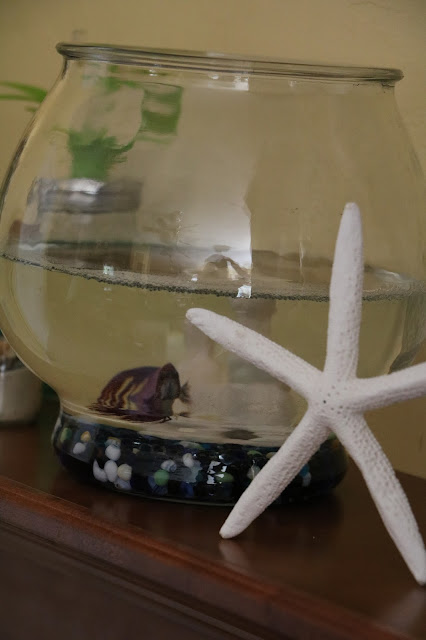 Since then, Maui has rebounded and appears to be in good health. He lives in his fishbowl on the mantel, but, since we will be gone for a week, there was no way that he could stay there, not with Finnigan stalking his every move. We've all heard the old saying about when the cat's away...in this case, the cat would be home, fishing. Can't have that.

So, this morning, the Cub and I loaded Maui up and delivered him to my office, where one of my co-workers has graciously offered to fish-sit. 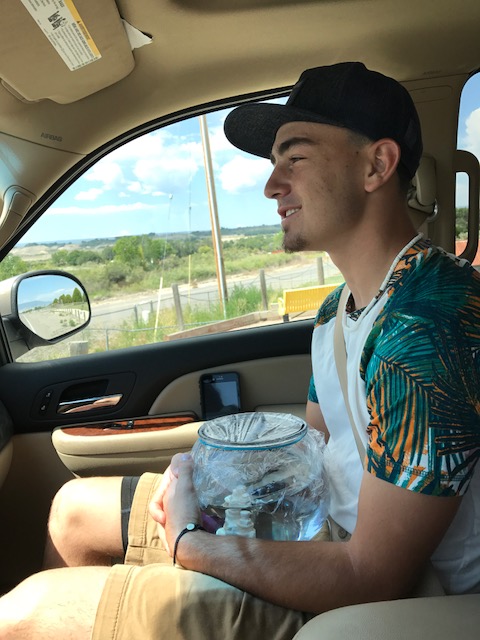 Now, we can leave the house without worrying about an episode of Animal Kingdom playing out in real-time in our living room. The next "aloha" the Cub says will be to Oahu.

As an aside? I'm still not packed.