My name is Chelle and I am a sugar addict. I have been sober for a year.

(This is the part where you all say "Hi, Chelle!" and nod your heads knowingly and with great empathy)

My addiction encompassed sugar in many, many forms. In fact, I would be hard pressed to identify any form of sugar that I didn’t love: candy, cookies, cakes, pies, ice cream, donuts, pastries, frosting…you name it, I loved it.

It was in no way unusual for me to polish off an entire sleeve of Girl Scouts Thin Mints, with an ice cream chaser. I could plow through the mega-pack of Cadbury Mini Eggs (I’m talking Sam’s Club MEGA PACK) in two sittings. Donuts? Why stop at one when you can enjoy half a dozen? Especially if they are frosted with pink icing and a generous dusting of sprinkles; the same of which could be said for cupcakes (Oh, red velvet, you were my favorite).

Sweet treats were a staple in my home as well as in a cabinet in my office, and the center console in my car. I’m almost embarrassed simply admitting that, but, ‘tis true.

In addition to my sugar addiction, I was nursing a life-long Diet Pepsi habit. And, by life-long, I mean, since early childhood, and, by habit, I mean, Diet Pepsi was literally the only thing I drank. You may think I’m kidding, but, trust me; you could ask any of my friends or family and they would tell you the same. In fact, when my girlfriends organized a survival kit for the day of my wedding, they included Diet Pepsi. 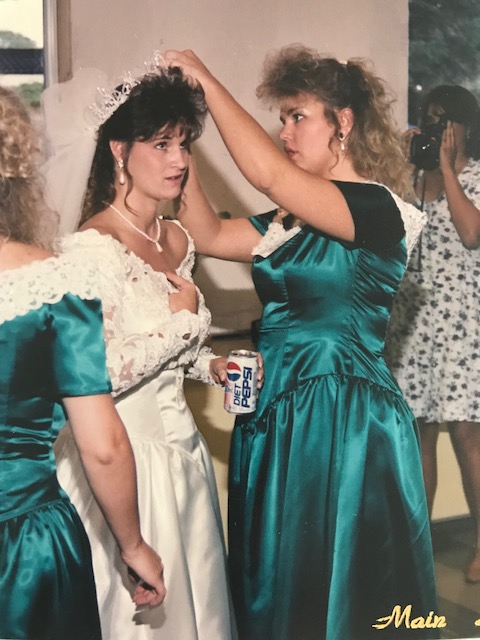 Actual photographic evidence of my shame

I can’t really tell you what the defining moment for me was, the moment when I knew that I needed to change, but, I do know that it had less to do with my dissatisfaction with how I looked and everything to do with how I felt, because, friends, I felt awful.

Not only was I heavier than I wanted to be, but, I had a lot of joint pain, primarily in my hands, feet, and lower back. I suspected that the pain was indicative of early-onset arthritis (Mom has both rheumatoid and osteoarthritis), which, scared the bejeezus out of me. I also suspected that my high level of sugar consumption and the chemicals in the soda were exacerbating the situation (this is simply a theory of mine; I have no idea if there is actual scientific evidence to support it, although, I wouldn't doubt it).

So, when we were in Hawaii, dropping the Man-Cub off at school, I made a vow to myself; I would cut sugar and soda out of my diet. Cold turkey. No “stepping down”, no weaning myself off slowly, just Cold. Ass. Turkey. 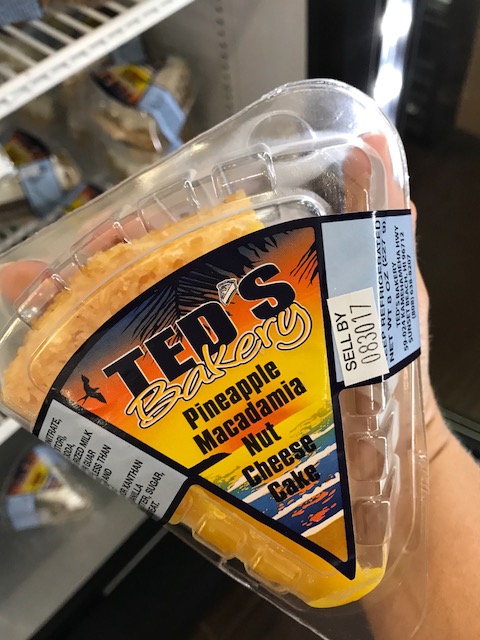 Since making that decision, I have been vigilant about my diet. When we returned from the island, I threw out every sweet treat that I could find in the house, including anything made with artificial sweeteners (which are also a chemical nightmare). I stocked up on healthier foods, and I started drinking water like it was my job. I do sometimes substitute plain carbonated water for still water, but, more often than not, I’m drinking it flat.

And, surprisingly, I don’t miss sugar or soda. Granted, it took about eight weeks for the cravings to completely disappear, but, they did. I have come to realize that I craved the taste of sugar less than I thought I did, which means I hadn't really been eating that crap for the flavor, so much as because I was in the habit of eating it.

The benefits of cutting the crap out of my diet have been numerous and welcome: I have very little discomfort in my joints, now. I also sleep better, have more energy, fewer PMS symptoms, and, my skin has never looked better (water for the win!). It wasn't always easy, but, here I am, one year clean and sober.

I never did a twelve-step program, but, I think I’ve earned a sobriety chip. Or, maybe a sobriety cube. Get it? Sugar cube?