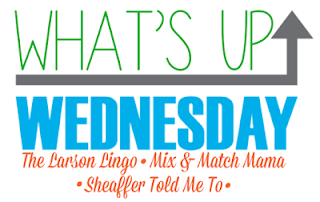 Again this month, I am linking up with Sheaffer, Mel, and Shay to answer that age-old question "What's up?" 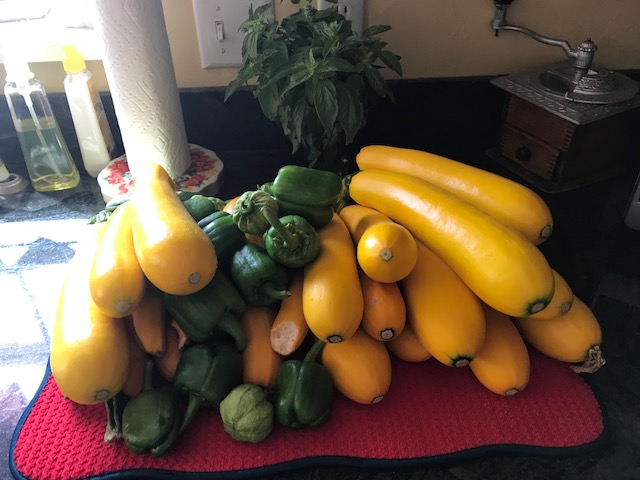 ONE day's haul...not even kidding.

Luckily, I discovered a new recipe for the vegetable, which has made it a lot easier to get it down. 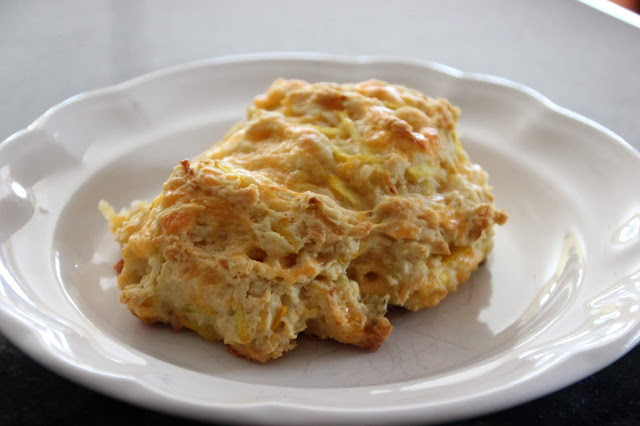 And, speaking of vegetables, my garden has also been going crazy with the tomatoes, which has made for a lot of opportunities to eat Caprese salads, Margherita pizzas, and marinated tomatoes around these parts. We are also grilling anything that can possibly be grilled, including local peaches, which, in my opinion, is the only way to eat a peach. 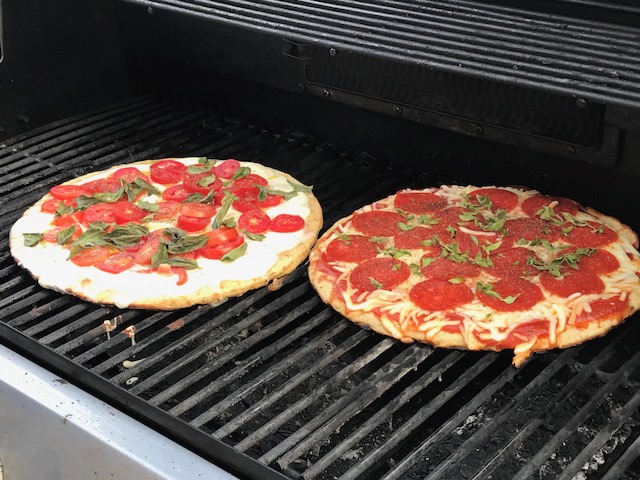 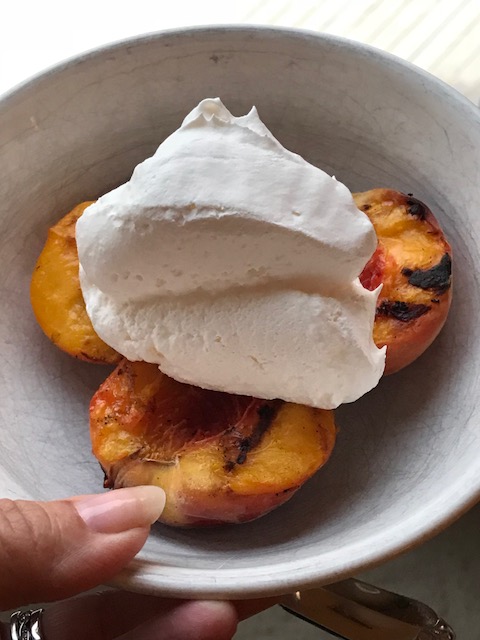 The Cub is safely back in Hawaii, and, despite the recent threat of a hurricane, he and his roommates have settled in well. I'm jealous; this time last year, we were in Hawaii with him, and, this year, he's doing it all on his own. Mostly, though, I'm thinking back on the awesome luau that we threw for him and his friends before they all left for school last year; that was a hell of a party. 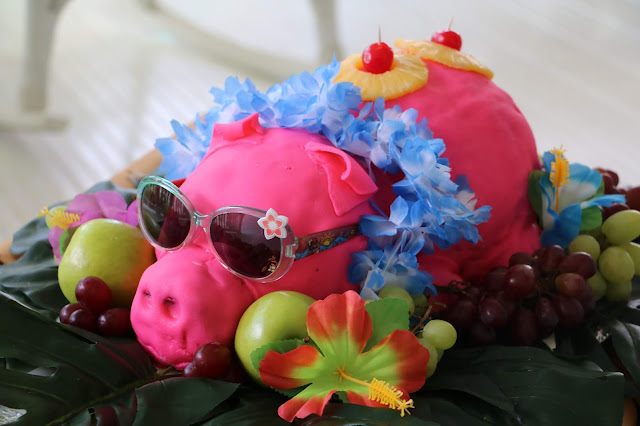 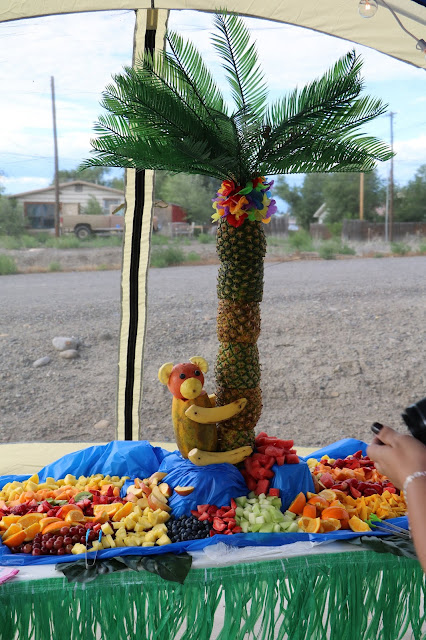 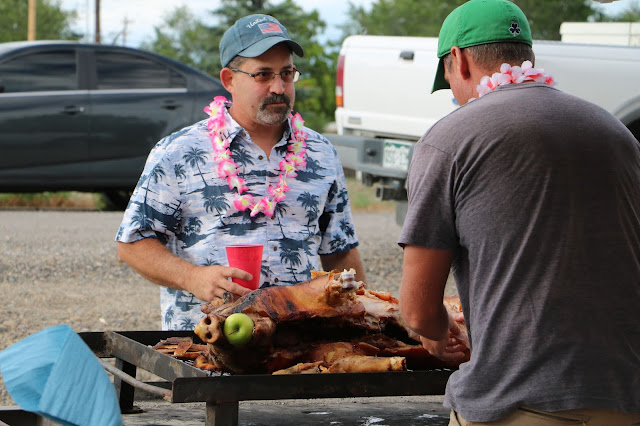 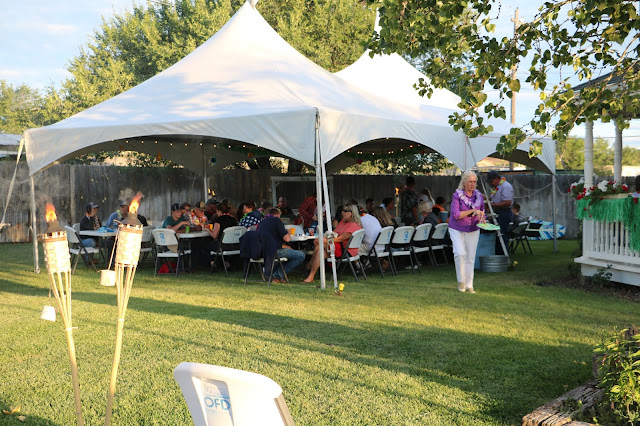 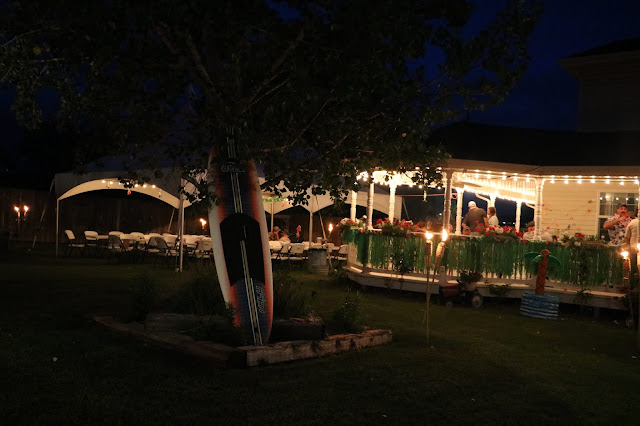 I'm loving the slightly cooler temperatures and looking forward to taking my daily run back into the park, rather than on a treadmill.

Work, play, procrastinating around actually holding the yard sale that I keep saying I need to have...

...having that yard sale that I keep saying I need to have.

I have several Trashformation Thursday projects that I am in various stages of working on, and a few that I have finished, including refinishing a couple of old windows and an antique frame. I plan to use the old window as a picture frame alongside a set of shutters that I picked up recently at Michael's BOGO sale, and I used the frame at the Rodeo Princess's shower earlier this month.

I love how it turned out. 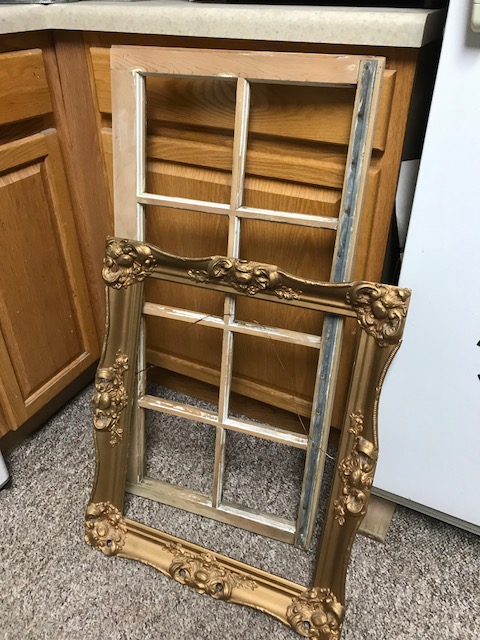 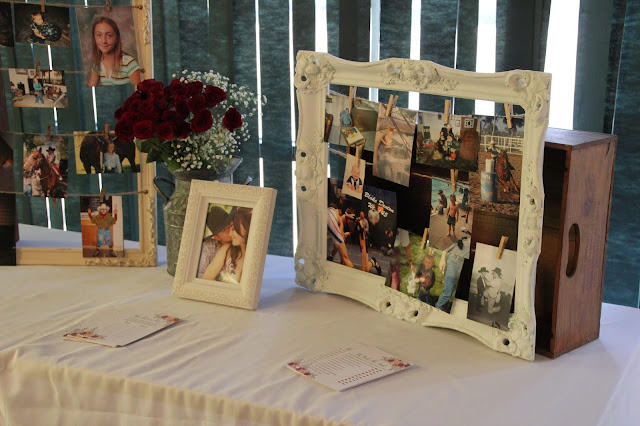 I'm excited for the weekend!

One huge bonus of having Fridays off this summer has been all of the free time that I've had for reading, and, I've certainly made good use of it. 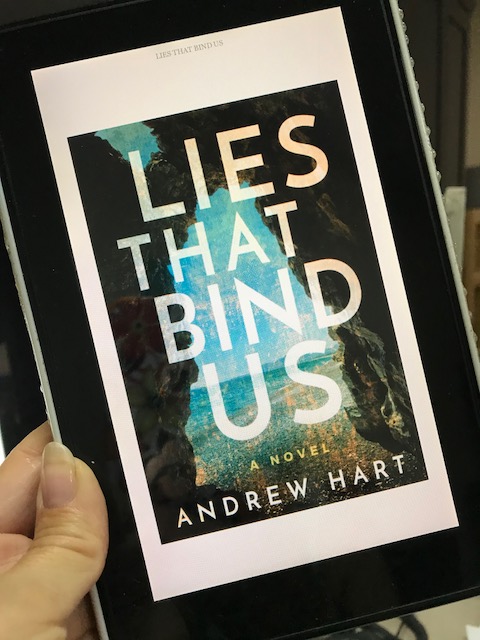 From Amazon: Jan needs this. She’s flying to Crete to reunite with friends she met there five years ago and relive an idyllic vacation. Basking in the warmth of the sun, the azure sea, and the aura of antiquity, she can once again pretend—for a little while—that she belongs. Her ex-boyfriend Marcus will be among them, but even he doesn’t know the secrets she keeps hidden behind a veil of lies. None of them really know her, and that’s only part of the problem.

Then again, how well does she know them?
When Jan awakens in utter darkness, chained to a wall, a manacle around her wrist, her echoing screams only give her a sense of how small her cell is. As she desperately tries to reconstruct what happened and determine who is holding her prisoner, dread covers despair like a hand clamped over her mouth. Because, like the Minotaur in the labyrinth in Greek myth, her captor will be coming back for her, and all the lies will catch up to her…

My thoughts: I really enjoyed the twists and turns in this book. I'm not usually a fan of the psychological thriller genre, but, this one was a winner. 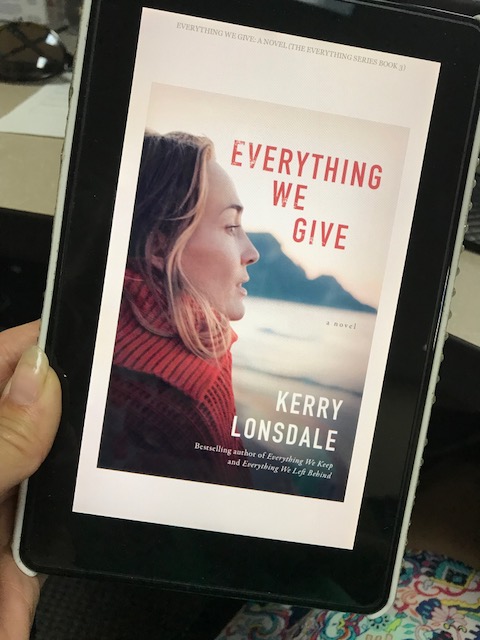 From Amazon: Award-winning photographer Ian Collins made only one mistake in life, but it cost his mother her freedom and destroyed their family, leaving Ian to practically raise himself. For years he’s been estranged from his father, and his mother has lived off the grid. For just as long, he has searched for her.

Now, Ian seemingly has it all—national recognition for his photographs; his loving wife, Aimee; and their adoring daughter, Caty. Only two things elude him: a feature in National Geographic and finding his mother. When the prized magazine offers him his dream project on the same day that Aimee’s ex-fiancé, James, returns bearing a message for Ian but putting a strain on his marriage, Ian must make a choice: chase after a coveted assignment or reconnect with a mysterious woman who might hold the key to putting his past to rest. But the stakes are high, because Ian could lose the one thing he holds most dear: his family.

My thoughts: This is the third installment in a series and, while you don't have to have read the previous two books in order to follow the story, it certainly doesn't hurt. That said, I really enjoyed this final chapter of the story. 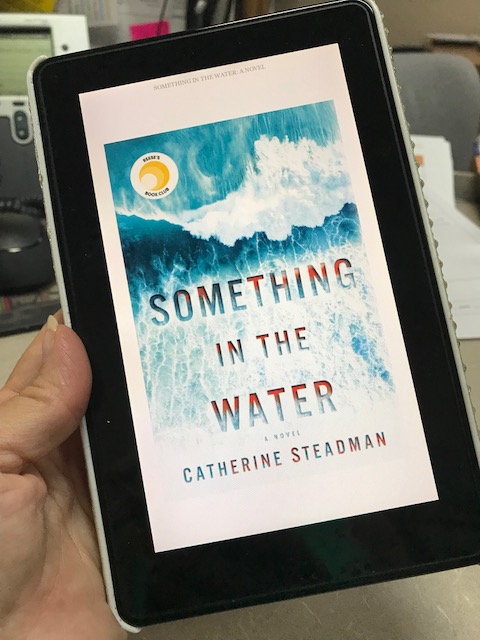 From Amazon: If you could make one simple choice that would change your life forever, would you?
Erin is a documentary filmmaker on the brink of a professional breakthrough, Mark a handsome investment banker with big plans. Passionately in love, they embark on a dream honeymoon to the tropical island of Bora Bora, where they enjoy the sun, the sand, and each other. Then, while scuba diving in the crystal blue sea, they find something in the water. . . . Could the life of your dreams be the stuff of nightmares? Suddenly the newlyweds must make a dangerous choice: to speak out or to protect their secret. After all, if no one else knows, who would be hurt? Their decision will trigger a devastating chain of events. . . .

My thoughts: My favorite! This was a great read. While it falls somewhat into the psychological thriller category, it could also be considered a mystery. I read it in record time because I couldn't tear myself away; each chapter that ended on a mini cliff-hanger kept me intrigued to the very end. Two thumbs up! 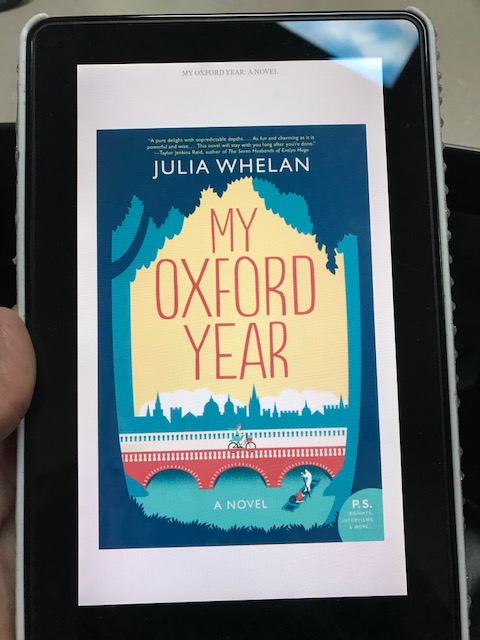 From Amazon: American Ella Durran has had the same plan for her life since she was thirteen: Study at Oxford. At 24, she’s finally made it to England on a Rhodes Scholarship when she’s offered an unbelievable position in a rising political star’s presidential campaign. With the promise that she’ll work remotely and return to DC at the end of her Oxford year, she’s free to enjoy her Once in a Lifetime Experience. That is, until a smart-mouthed local who is too quick with his tongue and his car ruins her shirt and her first day.

When Ella discovers that her English literature course will be taught by none other than that same local, Jamie Davenport, she thinks for the first time that Oxford might not be all she’s envisioned. But a late-night drink reveals a connection she wasn’t anticipating finding and what begins as a casual fling soon develops into something much more when Ella learns Jamie has a life-changing secret.
Immediately, Ella is faced with a seemingly impossible decision: turn her back on the man she’s falling in love with to follow her political dreams or be there for him during a trial neither are truly prepared for. As the end of her year in Oxford rapidly approaches, Ella must decide if the dreams she’s always wanted are the same ones she’s now yearning for.
My thoughts: This was a great literary palate-cleanser after the heavier content of the previous three books. I enjoyed the descriptions of Oxford as well as the poetry references, and, the romance was both believable and enviable. I had a hard time putting it down and was completely dreading the end of the story-mostly because I wasn't convinced that there would be a happy ending after all. 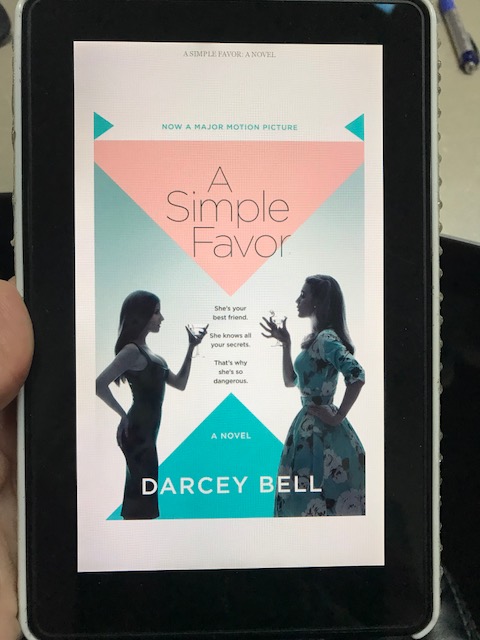 From Amazon: It starts with a simple favor—an ordinary kindness mothers do for one another. When her best friend, Emily, asks Stephanie to pick up her son Nicky after school, she happily says yes. Nicky and her son, Miles, are classmates and best friends, and the five-year-olds love being together—just like she and Emily. A widow and stay-at-home mommy blogger living in woodsy suburban Connecticut, Stephanie was lonely until she met Emily, a sophisticated PR executive whose job in Manhattan demands so much of her time.

But Emily doesn’t come back. She doesn’t answer calls or return texts. Stephanie knows something is terribly wrong—Emily would never leave Nicky, no matter what the police say. Terrified, she reaches out to her blog readers for help. She also reaches out to Emily’s husband, the handsome, reticent Sean, offering emotional support. It’s the least she can do for her best friend. Then, she and Sean receive shocking news. Emily is dead. The nightmare of her disappearance is over.
Or is it? Because soon, Stephanie will begin to see that nothing—not friendship, love, or even an ordinary favor—is as simple as it seems.
My thoughts: This one took a little getting in to; the book is told from the perspective of three characters and, the shift between them was sometimes jarring. I felt like the book was written in a style that would be better as a screenplay, so, I wasn't surprised that it has already been adapted into a movie. I bet the film will be great. The book, eh, not so much.
What I'm Listening To

Currently, I am listening to the morning news.

As we near the end of summer, I am taking every opportunity to wear sandals and dresses; this is my current favorite combination of the two... 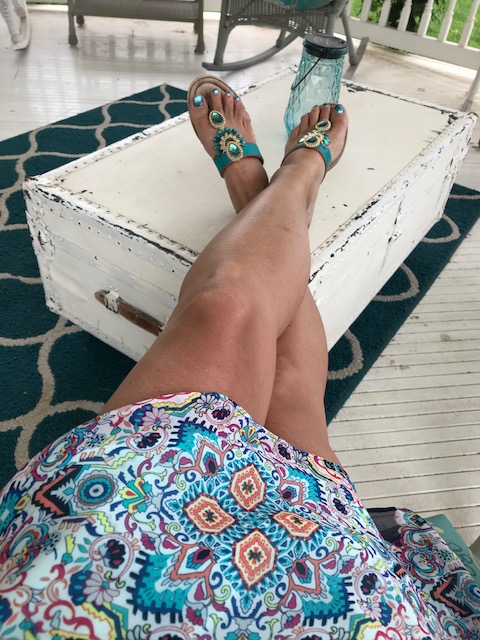 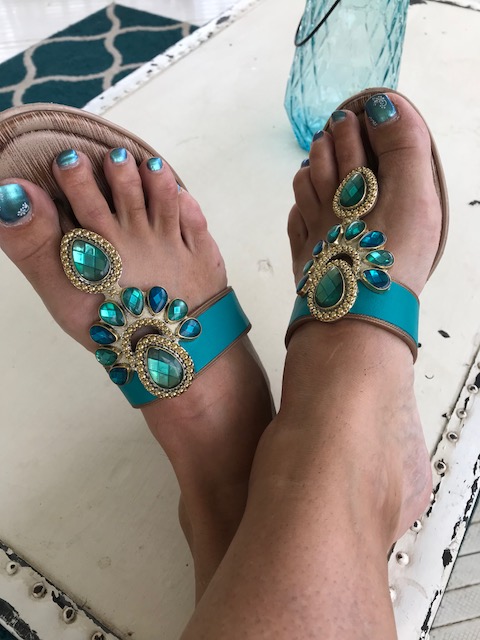 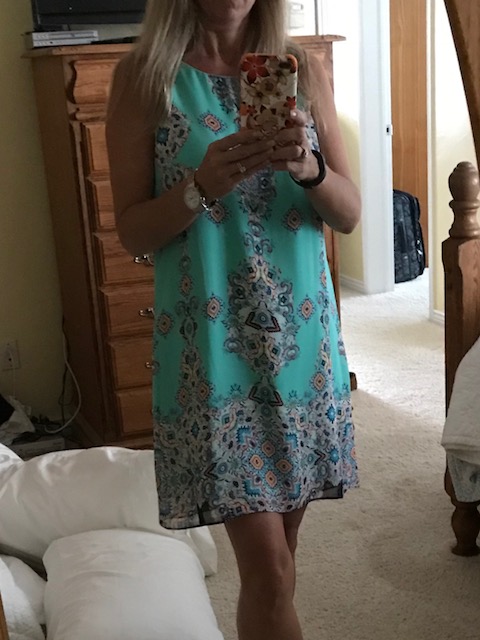 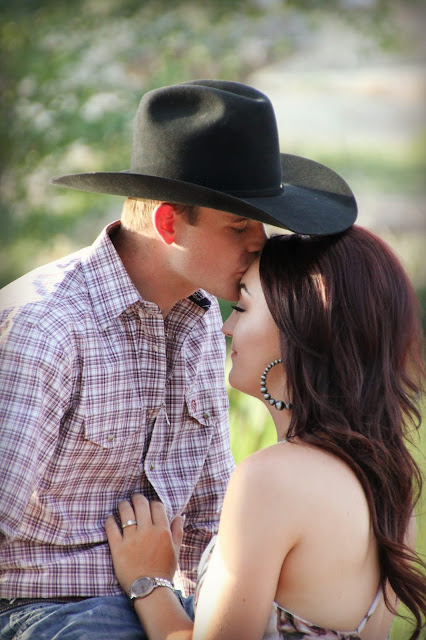 Actually, I'm photographing them tying the knot (gulp!). The ceremony is outdoors, so, if you have any pull with Mother Nature, could you please ask for mild and gorgeous weather for southern Colorado on Saturday? I would really appreciate it.

Pumpkin spice everything!!! I'm fucking with you. While I appreciate a good pumpkin spice scented candle, I cannot get behind the flavor, I just... can't. I mean, it'll be in everything! Things that have no business tasting like pumpkin or spice will boast a new infusion of flavor over which people will go batshit crazy. I just won't be among them.

What I will be going batshit crazy over will be all of the Halloween decor hitting the store shelves. Because that brand of crazy, I will totally own. #knowyourself.

Bonus Question: What Is Your Favorite Back to School Tradition?

Our annual first day of school picture was always a favorite tradition for me, and, as I posted earlier this week, my kids have kept the tradition alive, even as they navigate the challenges of college. I could not be more proud of both of them. 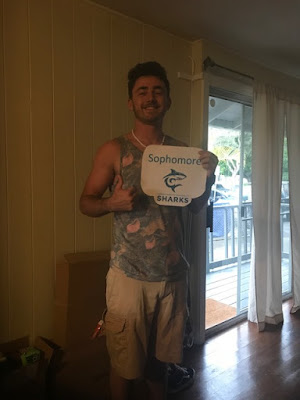 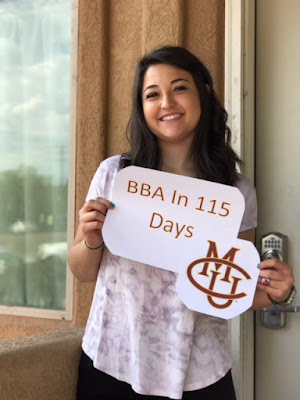