Boom, There It Is

Yesterday, Hugh took Boomer into the vet to have his wound evaluated and we ended up paying $300 for him to be sedated and stitched up. But, he rebounded pretty quickly from the procedure and I was able to pick him up later in the day for Take Your Dog to Work Day at the park. 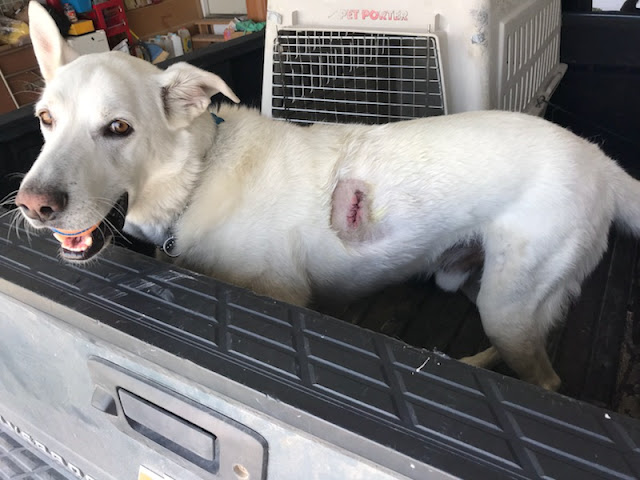 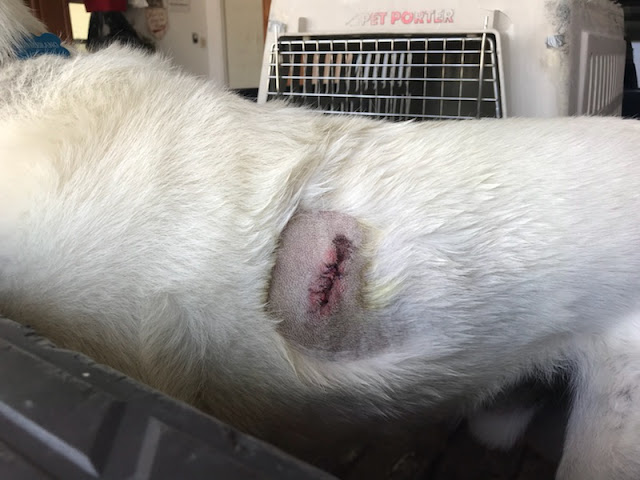 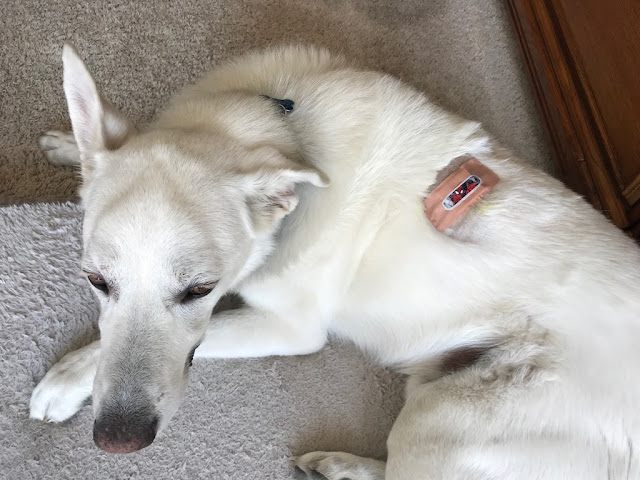 I hadn't been to the new dog park in Hooterville and I was pleasantly surprised by how nice it is. Our group hung out in the small dog area, and, along with Boomer, there were three other dogs, including two purse-sized specimens and another large breed dog. Boomer played well with all of them, especially the larger dog, who is twelve and, despite moving pretty slowly, also enjoys chasing the ball.

Once we got home, Boomer was showing the effects of the earlier sedation, as well as the pain medication and antibiotics that we are giving him, and, he crashed pretty hard. 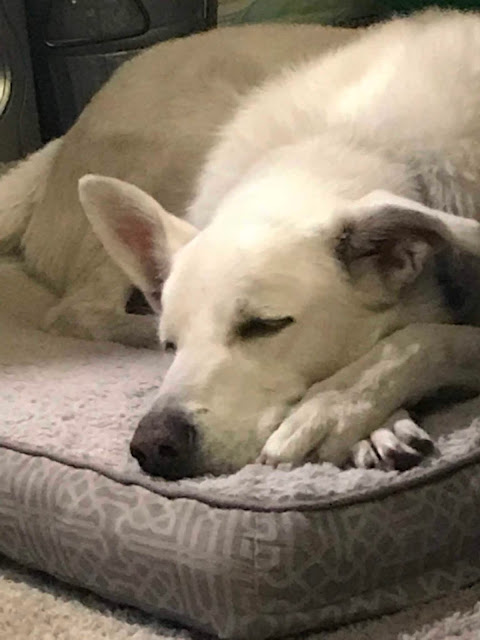 I believe he will make a full recovery. I hope the same can be said of his attacker, who, I am told, was completely traumatized by the incident.

There are not enough eyerolls in the world.
Posted by Chelle at 6:52 AM