We are rapidly approaching the end of summer, and, I feel like we have missed the vast majority of it. An unfortunate series of mechanical issues kept us from enjoying the lake (the wheels fell off the boat trailer-like, literally, and, the refrigerator in the motorhome went kaput. Do you have any idea how expensive a new motorhome refrigerator is? Hella expensive, that’s how), and, with the Man-Cub and Queen B working such long hours, we weren’t able to schedule much family time.

I’m bummed, for sure (I’m also afraid that this is what the rest of our summers are bound to look like now that the kids are grown).

The weather hasn’t exactly been the greatest this summer, either. Even if we had managed to get the boat on the lake, we would have most likely been fighting the wind. Just this past weekend, a micro-burst blew through Petticoat Junction, tossing the furniture around my porch and bending several of my large sunflowers almost to the ground. It also picked up the neighbors trampoline and dangled it in the power lines for a while before depositing it right back in its’ original position in their yard. Had they not witnessed the event, they would have been baffled as to why their trampoline was bent all to hell. Or, I could have just shown them the pictures. 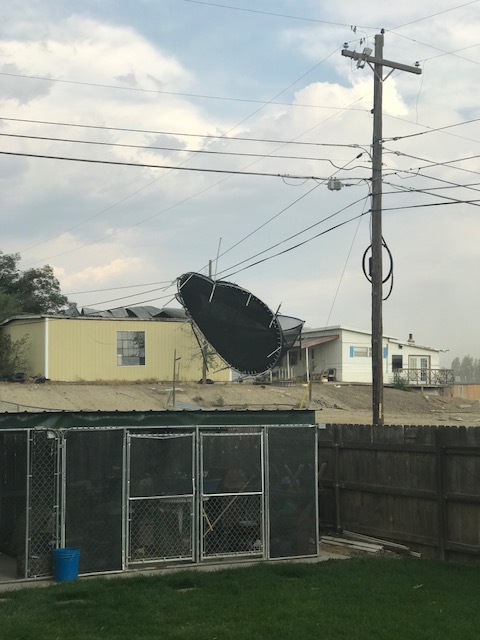 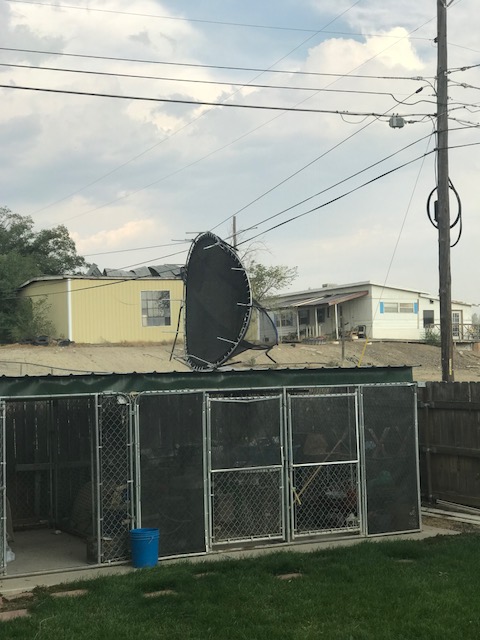 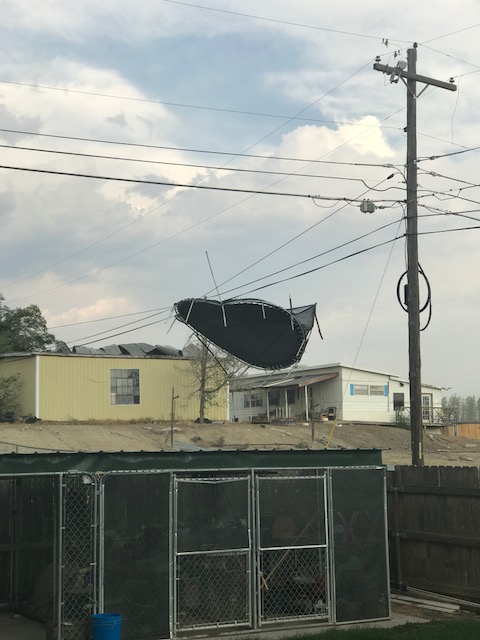 On the bright side, we did get to watch the Man-Cub play baseball almost every Sunday this summer, so, despite the wind, I managed to get a decent tan on my legs while cheering him on.

I also got to watch the Cub trim Mom’s lilac bushes while we were in Mayberry for the Rodeo Princess’s bridal shower (he drove down a couple of days before us to help Mom with some chores around her house). 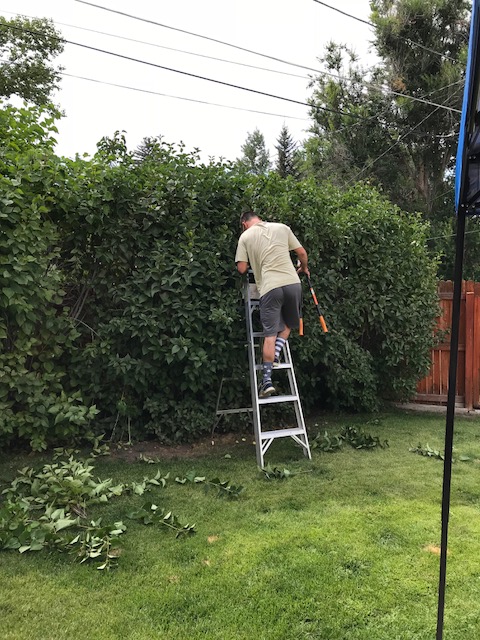 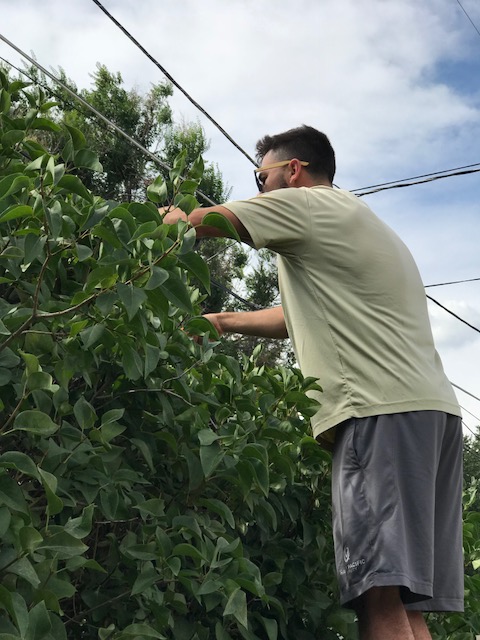 When I was growing up, the annual trimming of the lilacs was my Dad’s job (although, when Dad did it, it was more of a butchering than a trimming; story for another day); every year, either in the spring or summer, he scaled the ladder, clippers in hand, and creatively cursed his way through the job.  With his new buzz cut, it was amazing how closely the Cub resembled a young version of Dad from behind. Or, it may have been the cursing. Either way, the Cub was not amused at my gawking. 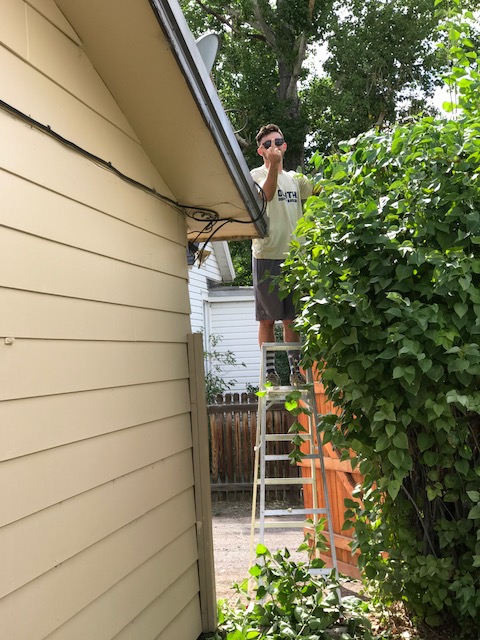 On an entirely different topic, I have been having a devil of a time finding something to wear to the Rodeo Princess’s wedding in a few weeks. And, sadly, Queen B has been of no help, as evidenced by the following series of text messages that we exchanged recently. 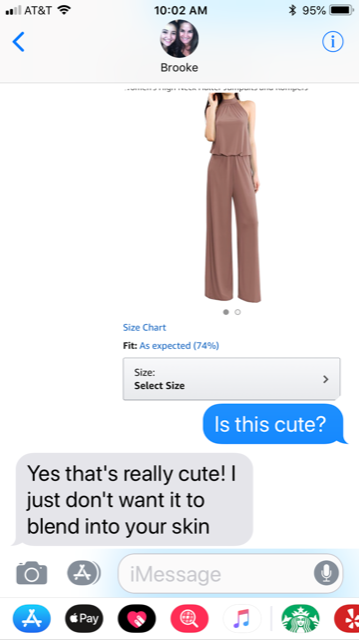 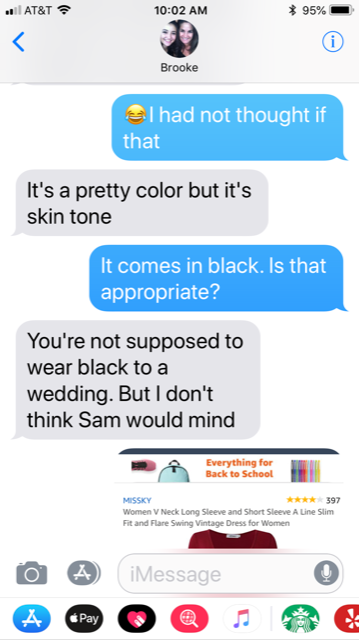 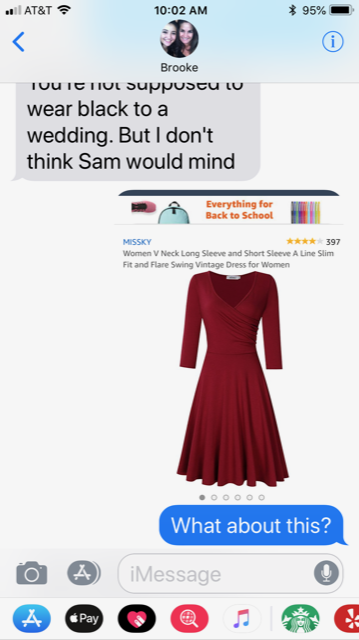 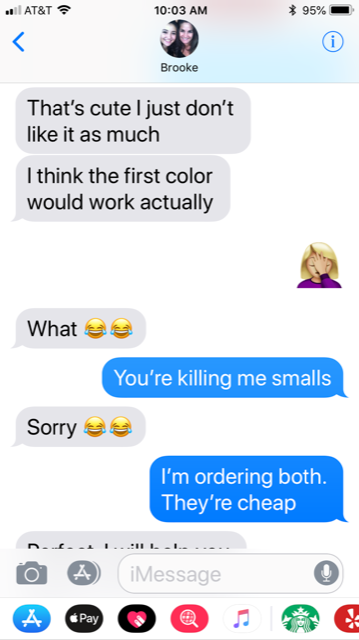 Since I will be photographing the event, I need something that is both flattering and comfortable but that won’t require me to wear heels. I know that’s a pretty tall order for appropriate wedding attire, but, I am optimistic that such a beast does exist.

I mean, a girl can hope, right?

And, that's what's up, Buttercup.