Gettin' Corny With the Locals

I don't know if you've gathered this, but, I am a small town girl, born and raised. As such, I have an innate appreciation for community festivals; it's in my blood, born through generations of people who volunteered for, attended, showed at, and/or, organized county fairs, festivals celebrating one form of produce or another, and, various other forms of get-togethers attended by local folk.

So, it may surprise you to hear that I generally try to avoid the annual sweet corn festival for which Petticoat Junction is famous. But, I do. In fact, I last visited the festival back in 2010, when I was shanghaied into counting the day's ticket sales by the former mayor's wife. That totally sucked, by the way.

Now that you know that about me, it may also surprise you to hear that I did attend the festival today. I did it at the request of Jana and Granny, who were working their new concession trailer business and who needed an extra set of hands. You can imagine my surprise at actually having enjoyed the experience. Like, really enjoyed it.

I mean, it was sort of crowded (nothing like it has been in past years, when the headliner for the evening's concert included upper-echelon country artists like LeAnn Rimes, Travis Tritt, Wynona Judd, and Clint Black), and it was hella hot, but, I got to see people that I haven't seen in a while (Ex co-worker Kortni!) and I experienced the most amazing festival food, including a smoked turkey Caprese crepe that was to die for. Like seriously. 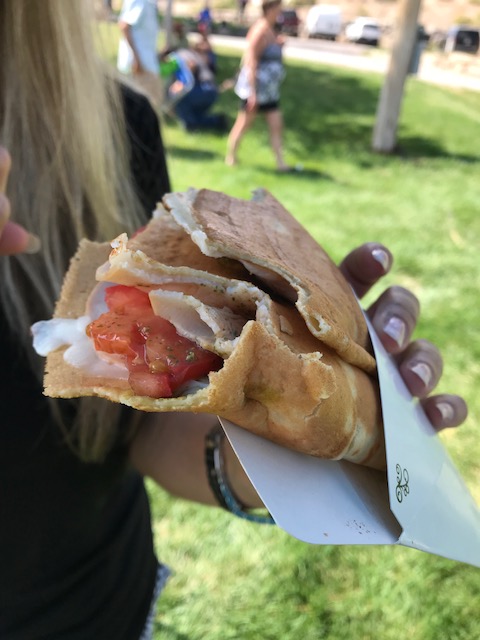 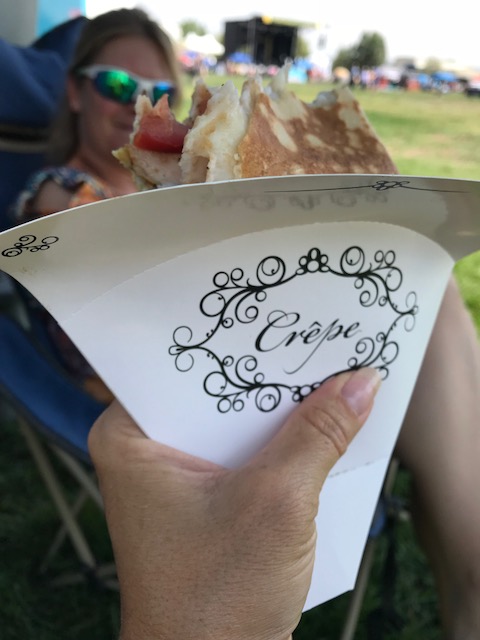 I also had my fill of local sweet corn, since that is the theme of the festival, and, not eating at least a few cobs would be sacrilege. 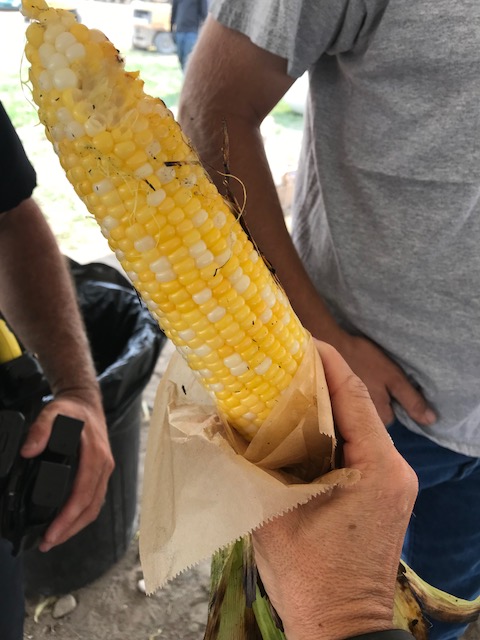 When I wasn't helping Jana and Granny in The Ice Box (is that not the cutest name for a snow cone vendor?)... 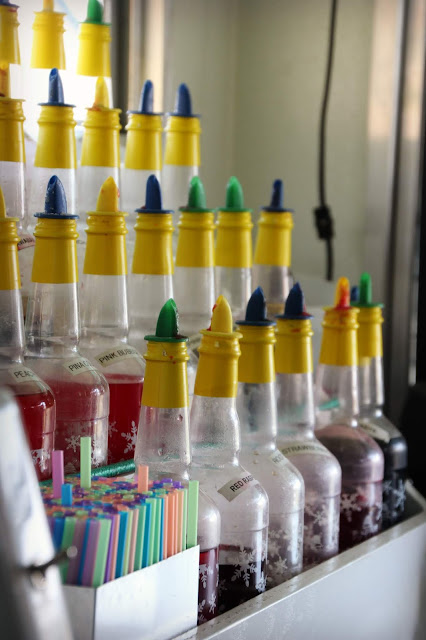 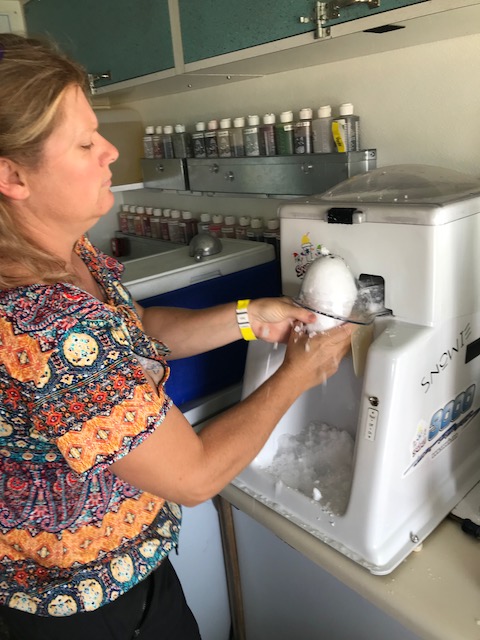 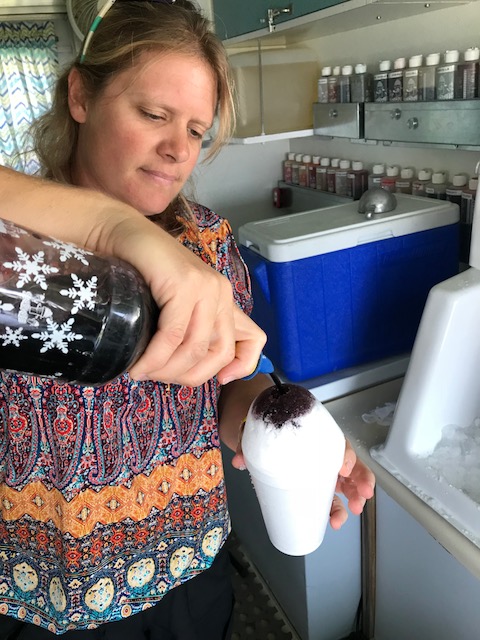 ...I was watching small children nearly choke to death at the corn eating contest (true story, but, with a happy ending, thank goodness)... 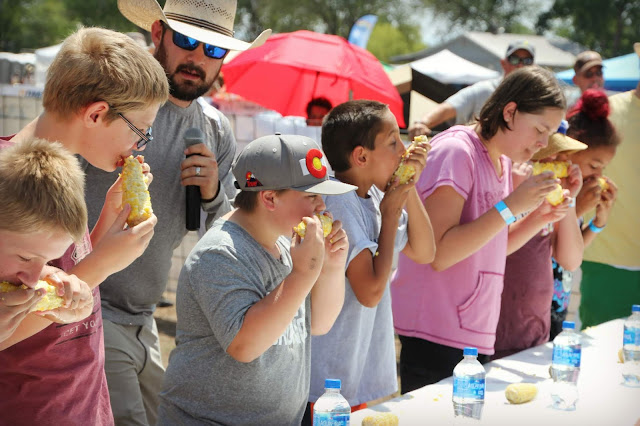 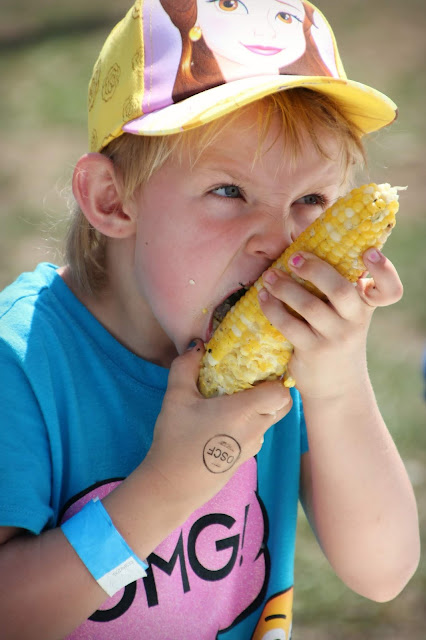 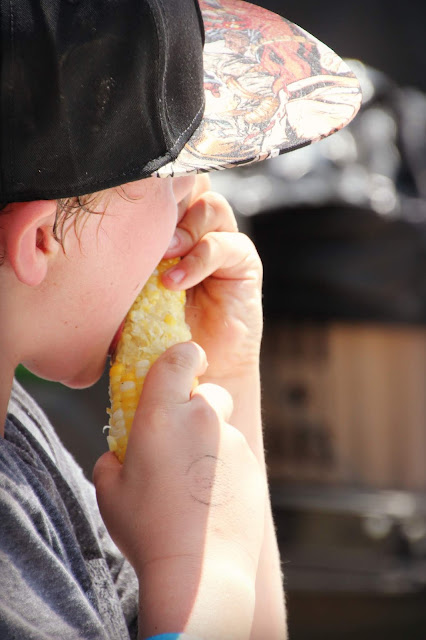 ...and catching up with BCPE in the shucking tent. 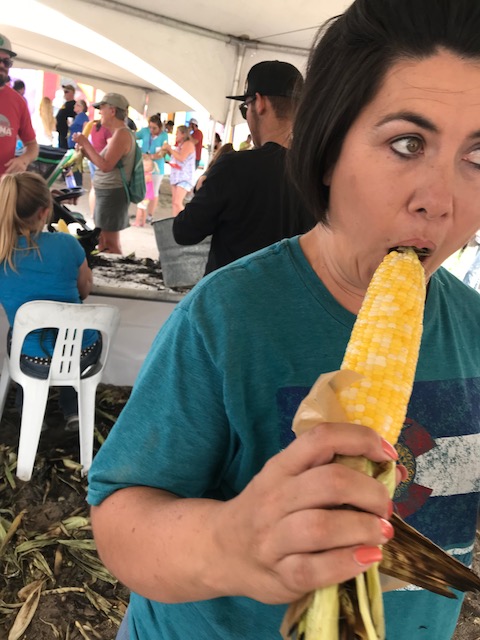 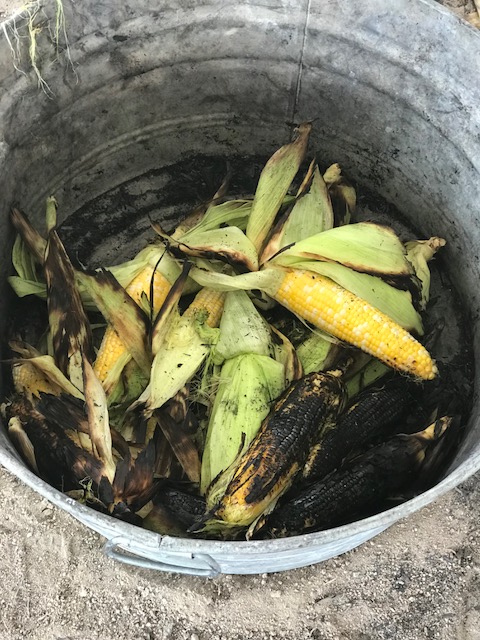 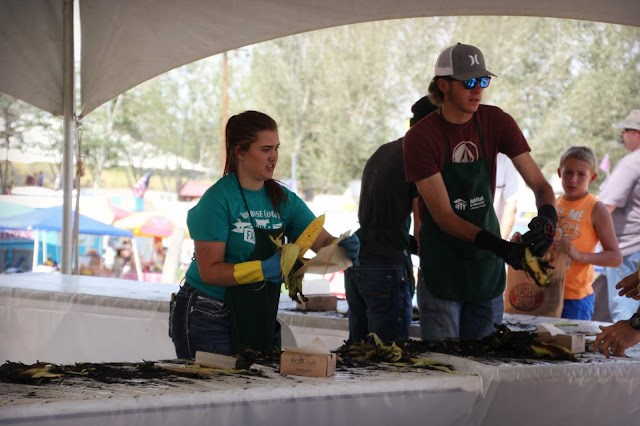 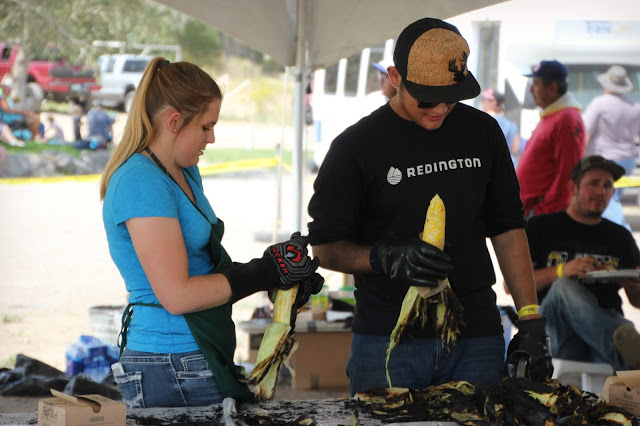 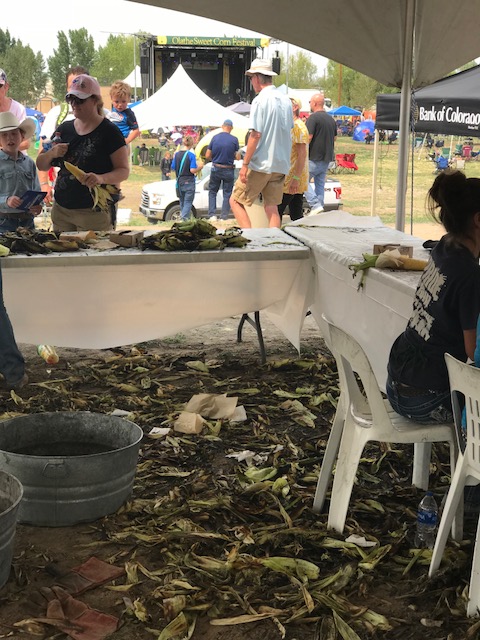 The corn shuckers were all volunteers from different community groups, including the High School volleyball and football teams, FFA, 4H, and the volunteer fire department. It requires a lot of people to pull off an event of this size and I am in awe of the folks that came out to help.

Before I left the park to head to the hardware store (work beckoned), I wandered around the park with Hugh (he was on duty for the police department, because; it's all hands on deck during Sweet Corn Weekend), visiting with the various crafts vendors and surreptitiously checking out the food competition, the variety of which was impressive; roasted turkey legs, gyros, cheese steaks, corn dogs, pizza by the slice, crepes, kettlecorn, tamales, pulled pork, and tons of other options, some with more impressively redneck advertising gimmicks than others... 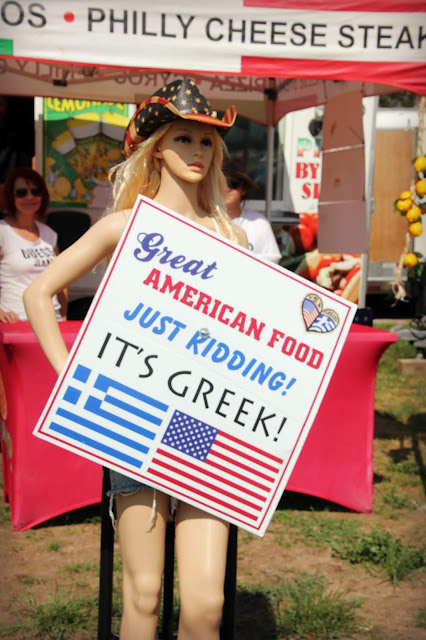 Hugh and I picked up a couple of bottles of homemade root beer and cream sodas for the Man-Cub.. 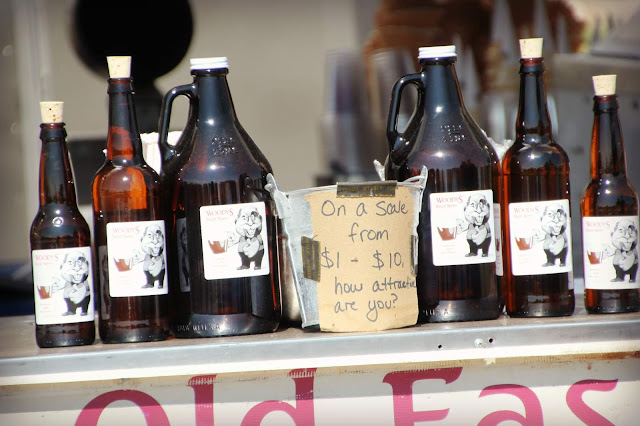 ...and we listened to the band that was on stage at the moment (the headliner for tonight's concert is Eric Paslay, but, I'm not sure I'll go back out to the park; I've had enough festivaling for the day, and, I can pretty much hear the concert from my back porch if I choose to sit outside and listen to it). 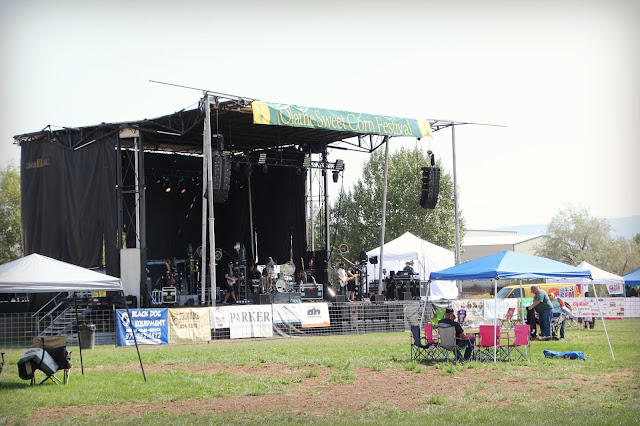 I'm glad I went, if for no other reason than that I got to spend some quality time with Jana.  Plus, I discovered that crepe, which I am now determined to recreate.

Best part, though? I didn't have to count money!