On the bright side, we had a pretty good weekend, despite not really doing anything of interest. How is that even possible? Well, I had a lot of time to relax, which is always nice. I also spent time in the garden, where I cut the smallest of my sunflowers-the "volunteer" plants that came up in random spots throughout the garden and that don't produce large enough seed heads to harvest.

They may not feed us, but they still look really pretty in a vase. 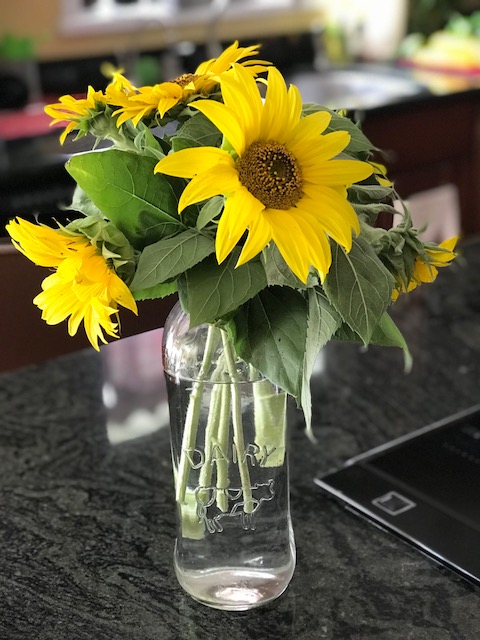 And, speaking of pretty flowers, I picked up my subscription bouquet on Thursday afternoon before I left Day Job for the weekend. But, because I was out of town last Thursday for the Rodeo Princess's shower, instead of picking up just one bouquet, I got two! I am loving this local grower so much. 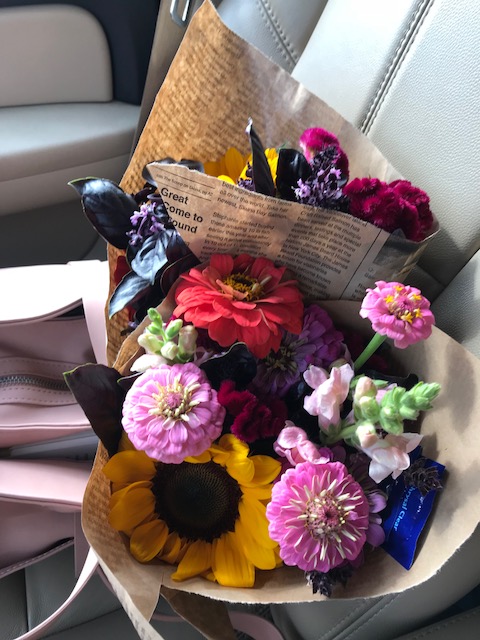 The flowers look really nice in my breakfast nook window, and, because the arrangements include purple basil, they smell amazing. 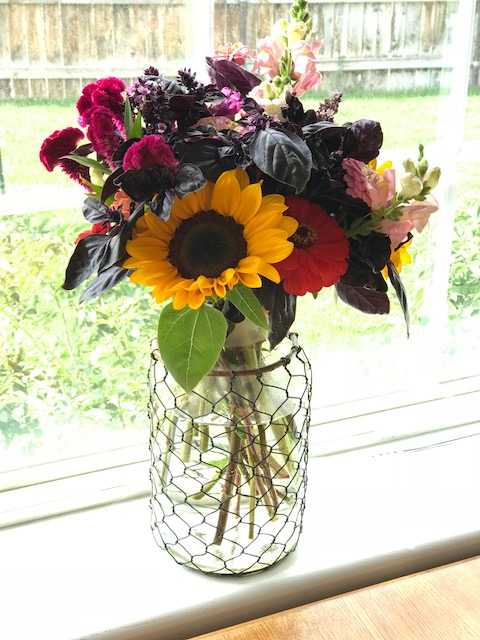 Saturday night, Hugh took his brother and nephew out to the lake to do some night fishing (they are visiting from Maine). Earlier in the week, he and the kids had also gone night fishing (they try to do this together once every summer and have done so since the kids were big enough to hold fishing poles), so, we already had more than enough fish... 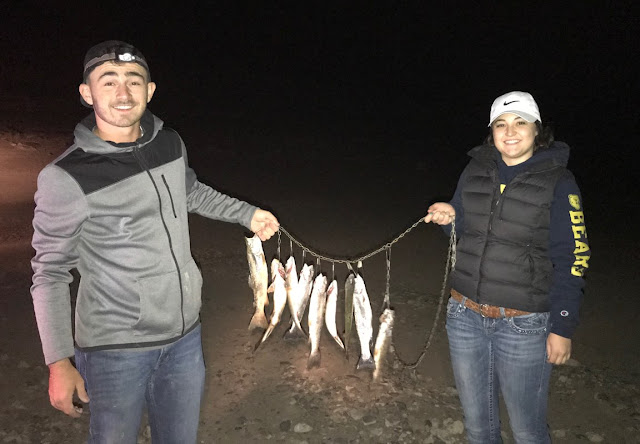 ...but, apparently there are also other "edible" creatures in the lake, as evidenced by the crawdads that Hugh and his brother felt the need to return home with (more on those in a moment). 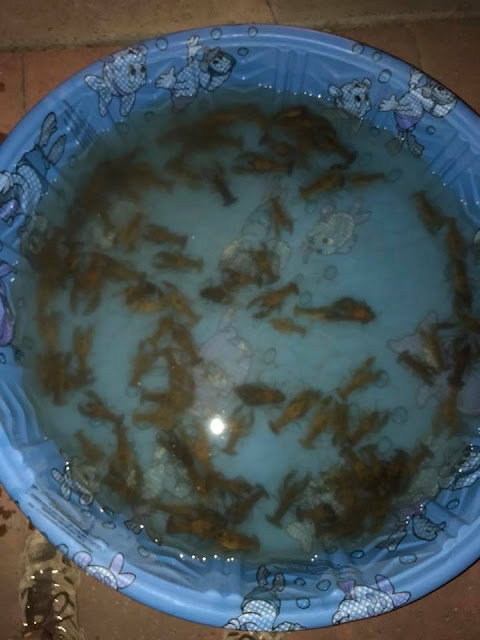 Sunday morning, Hugh and I went to Neighboring City to pick Mikey up at the airport; he had been in California visiting his dad and, with both Katie and Queen B working, he is was in need of a ride to the house. We were more than happy to help out because it gave us an opportunity to check on the house (Hugh) and to hit the Michaels Craft store for its; BOGO sale (Me, I mean, obviously).

The BOGO sale was AMAZING! I don't think I've ever seen one held by Michaels, so, that was a treat. As you can imagine, I was like a kid in a candy store when it came to all of the fall decor and Halloween items. 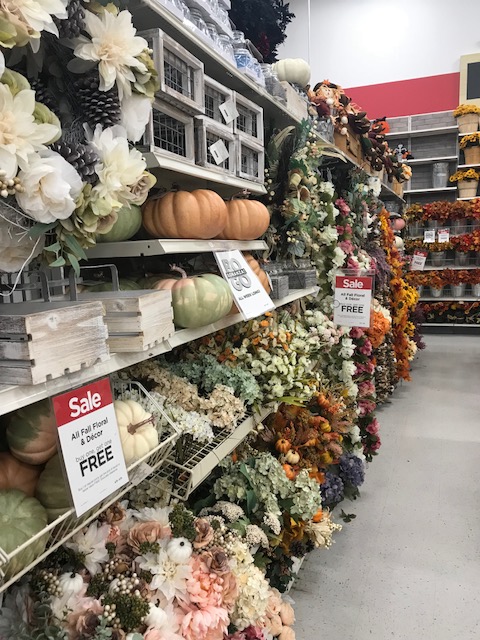 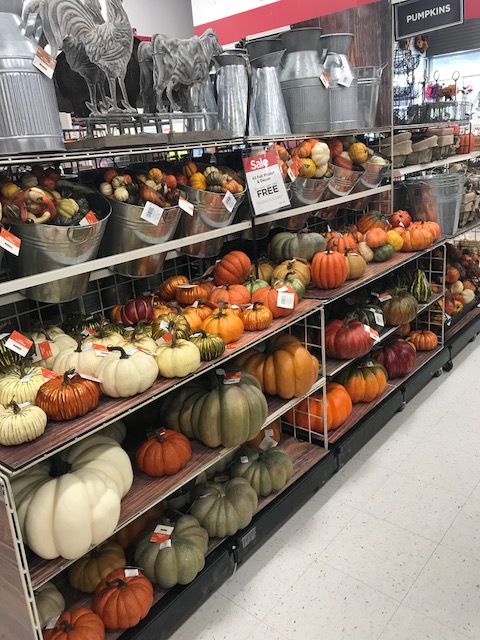 In addition to Michaels, we also went to the Spirit Halloween Store in the mall (while using the excuse of being in the mall to see Queen B at work, which, we also did). The displays this year are pretty cool, and I am now more than excited to bust out my own decorations (don't worry, I will wait until the appropriate time...like, is next week too early? Yes? Damnit!). 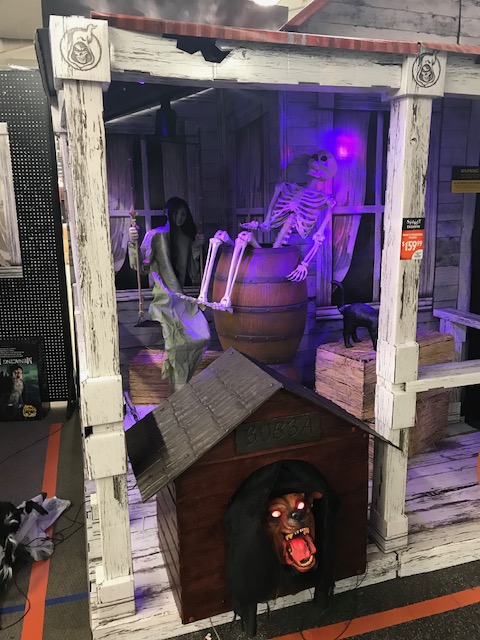 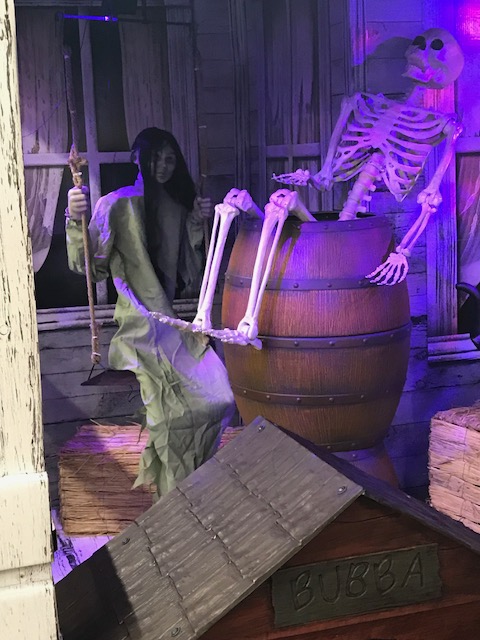 Anhoodle, once we got home, we set about making dinner for Hugh's parents, brother, and nephew. I made a few side salads while Hugh prepped pork chops for the grill. His brother's contribution? The insects that they pulled from the lake the night before. 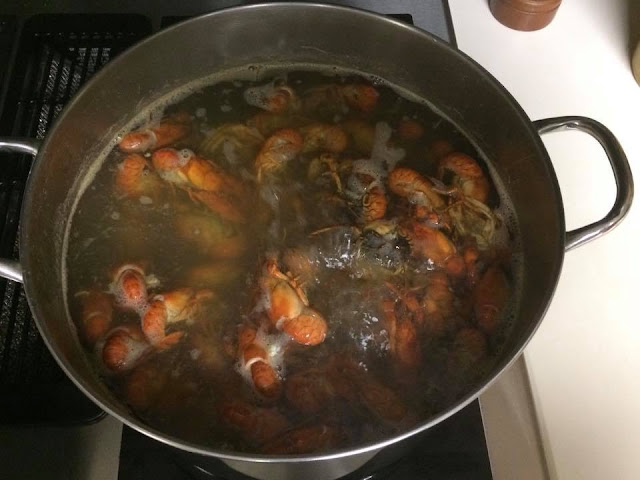 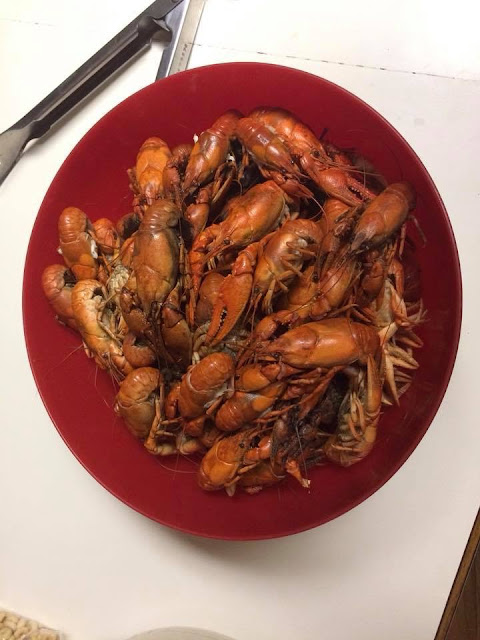 Our dinner was nice, and, it was good to spend time with Hugh's family; we enjoyed good wine and conversation on the porch along with our dinner. Unfortunately,  toward the end of the evening, their dog, who had been playing with Boomer all evening, took a nip out of Boomer's side, which, bled pretty heavily and brought the evening to an abrupt end.

Today, Hugh is taking Booms to the vet for some antibiotics, and, possibly a few stitches, which is a bummer because it is also "Take Your Dog to Work Day" at Day Job and I was really looking forward to taking Booms with me.

All in all, though, it was a pretty good way to spend one of the final weekends of the summer. And, now I am off to Day Job, where I will put in a solid four days before my next weekend.

As an aside, I wonder how the powers that be would feel about me extending my four-day weeks into the fall? It's worth an ask, I suppose.