Saturday afternoon, the Man-Cub and I packed up the car and made the drive to Mayberry to spend the anniversary of Dad's death with my mom.

The drive was as beautiful as always for this time of year, and; in stark contrast to the day that I made the drive last year, I really tried to take the time to look at the scenery.

While we were in Mayberry, we visited the cemetery; Mom recently had Dad's headstone placed and I was anxious to see it. 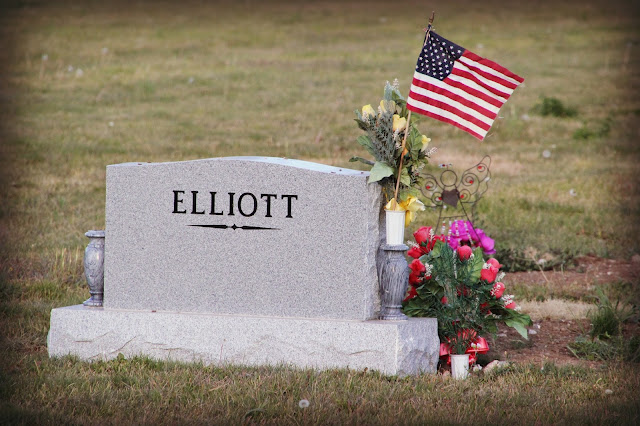 Mom designed the headstone with Dad's love of lilies in mind, and, it turned out beautifully. 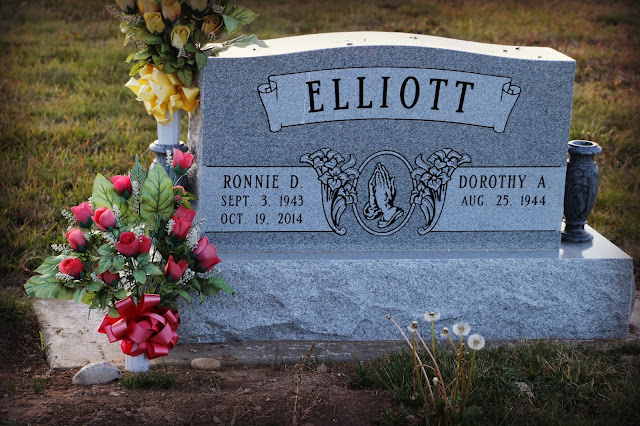 I'm really hoping that the grass eventually grows in, but, in the meantime, the grave is bare, save for a few dandelions and, ironically, what looks like a bulb of some sort; the blades of greenery would indicate either daffodil or-yes- a lily of some type.

The best that Mom and I could figure is that a rogue bulb got transplanted along with the dirt that the cemetery staff used to level off the gravesite.

Could go either way. We will keep our eye on the plant and see what comes of it next year, after it has a chance to winter over. In the meantime, we can make wishes on dandelion spores before they take flight. 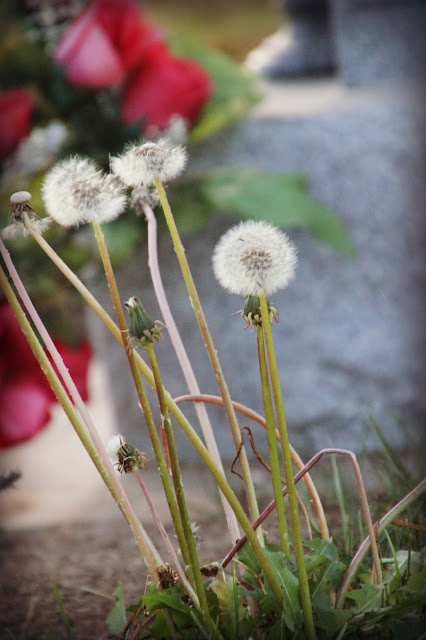