Last night, my ASTRA co-sponsor and I chaperoned our annual Halloween Zombie Prom. We had a great turnout and actually made more money than we have on any Prom yet. Money isn't really the object of the event-well, it is, I mean, it's a fundraiser, after all, but, yeah-having that many kids there having fun was the bigger reward.

The kids went all out on their costumes and make-up this year, and it was neat to see them so excited. 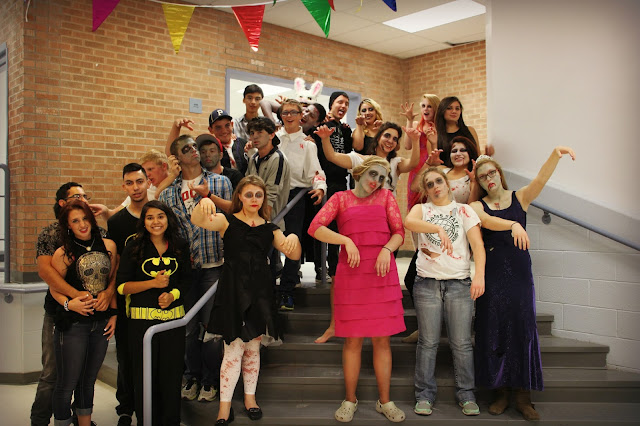 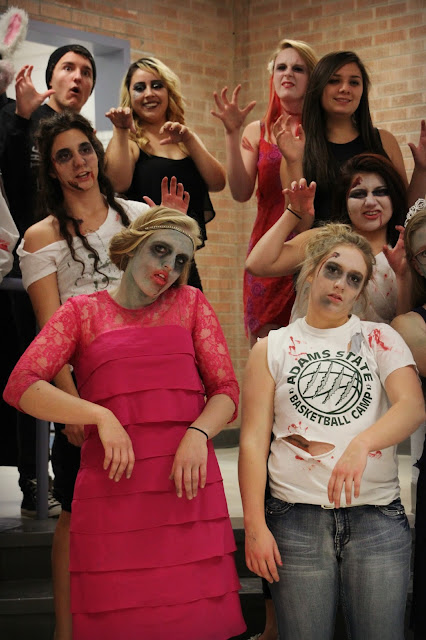 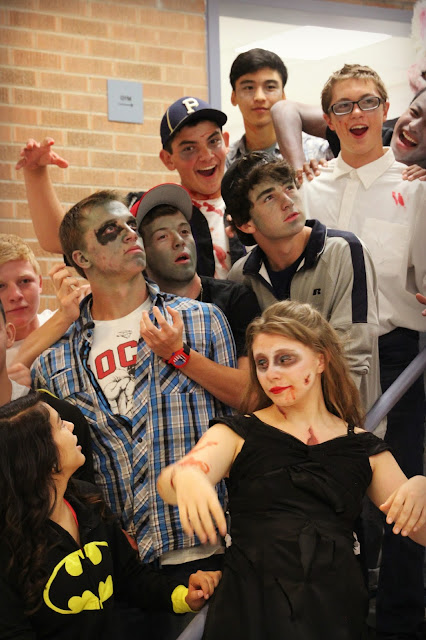 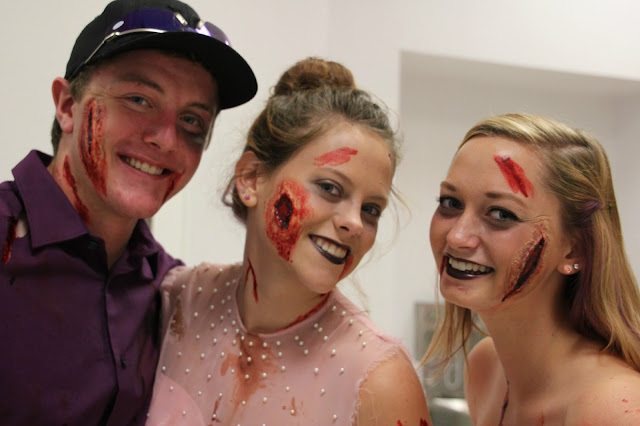 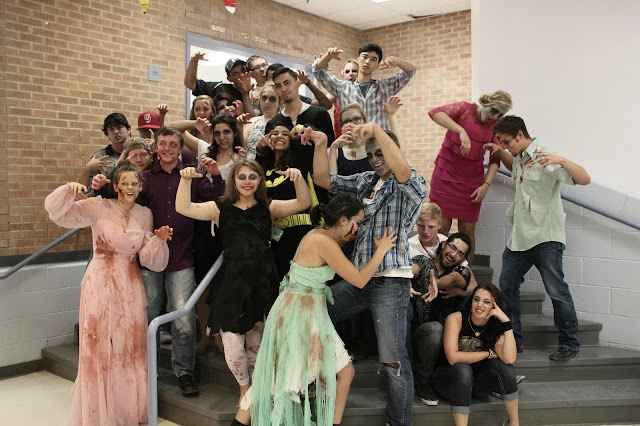 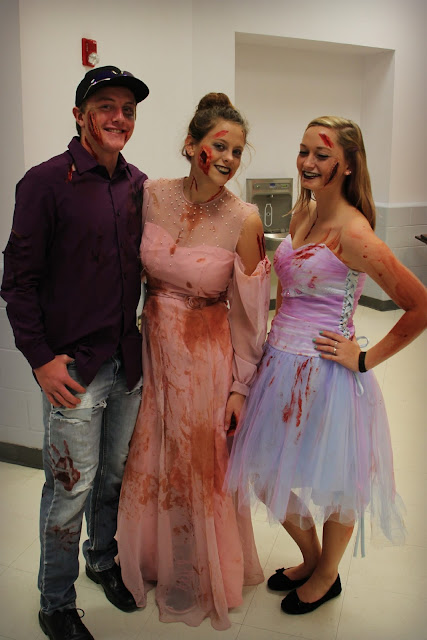 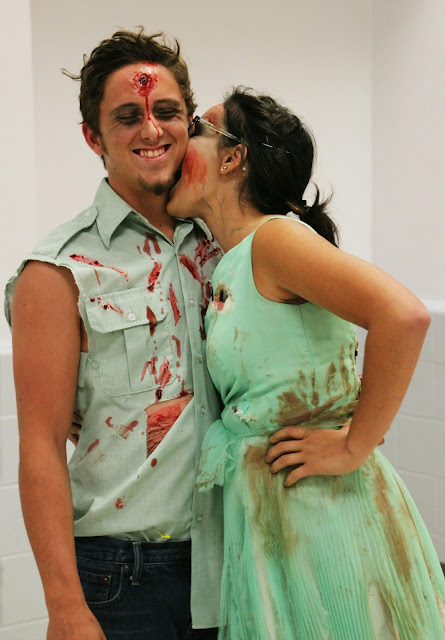 I went home and fell into a coma on the couch while waiting for the Man-Cub to get back from whichever thing he had chosen to do (Note: He was flying solo, so, no making out for him).

This knocks another goal off my October list, and, as I said earlier, we raised a bit of money for our next literacy project. Couple that with the pumpkin patch earlier in the afternoon and it really was a perfect fall day.

Tonight, we are carving our pumpkins, which means roasted pumpkin seeds for snacking on and creepy Jack-O-Lanterns on the porch.

I have mentioned that I love fall, no?
Posted by Chelle at 10:23 AM