The end of the month is rapidly approaching and we have yet to visit the pumpkin patch for our annual sacrifice to the Jack-O-Lantern gods. This cannot stand.

The Shady Rest (That's what I'm calling my house now, in keeping with the Petticoat Junction theme) has not been without Jack-O-Lanterns at Halloween since we moved here in 1999. The kids participated in the carving from the moment they were strong enough to hold a spoon; scraping the seeds out of the pumpkins became their job (They didn't get to hold knives until they were at least six; I'm not crazy).

As they got older (And held knives), we continued the tradition, creating some truly memorable pumpkins along the way, and, in all that time, the pumpkins were stolen from the yard and smashed only once. That's a pretty decent record.

I also did a pretty decent job of documenting our masterpieces each year, which, helped us avoid duplicating designs**, not that it matters; the classic Jack-O-Lantern face is just as impressive as a free-form design, in my opinion.

Anyway, my point here is that this cannot be the year that we fail to carve pumpkins. Clearly, some plans need to be made, sooner rather than later. 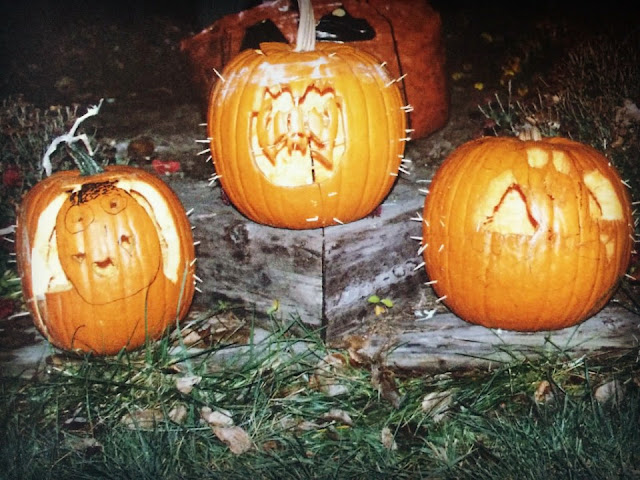 2005, The Year of the Smashed Pumpkins
Hugh hunted down every splinter of those pumpkins and re-assembled them, using toothpicks.
True story. 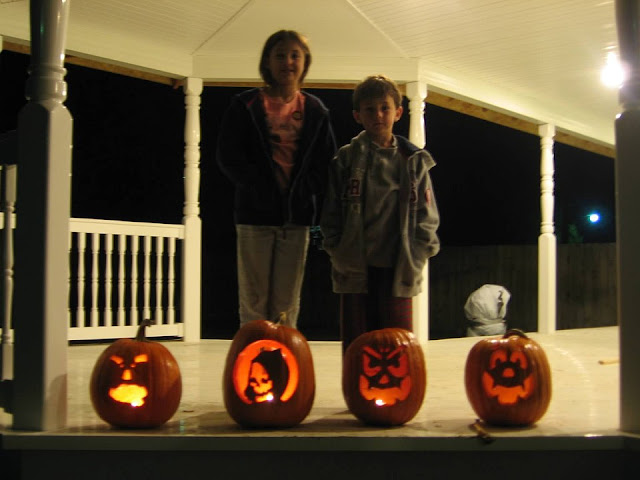 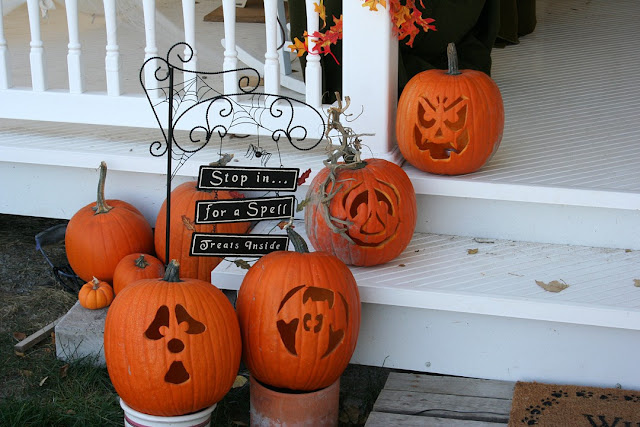 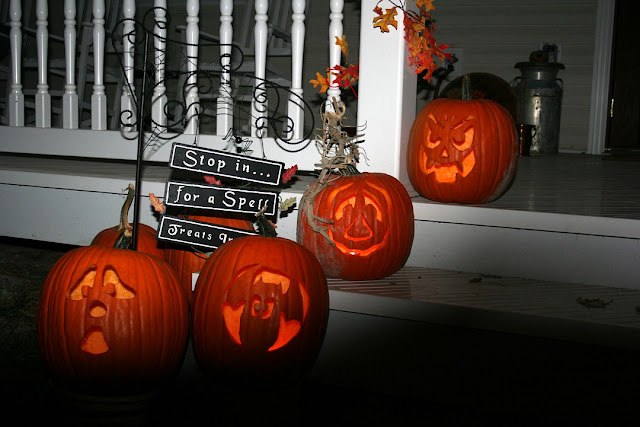 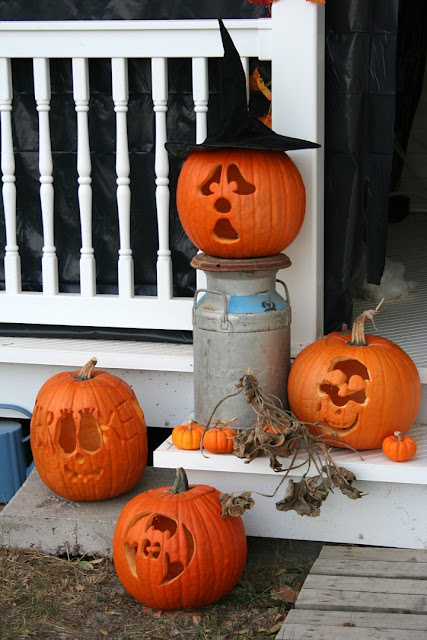 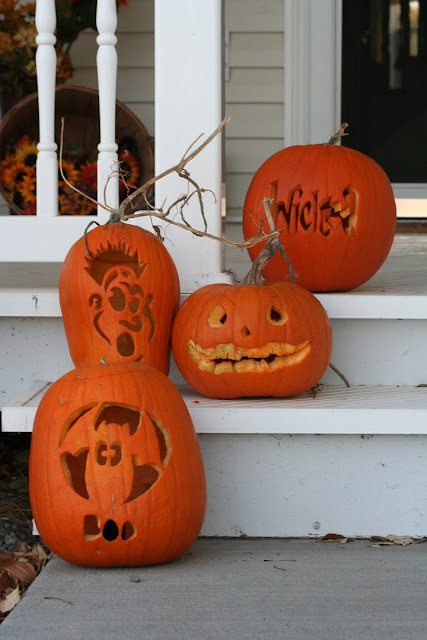 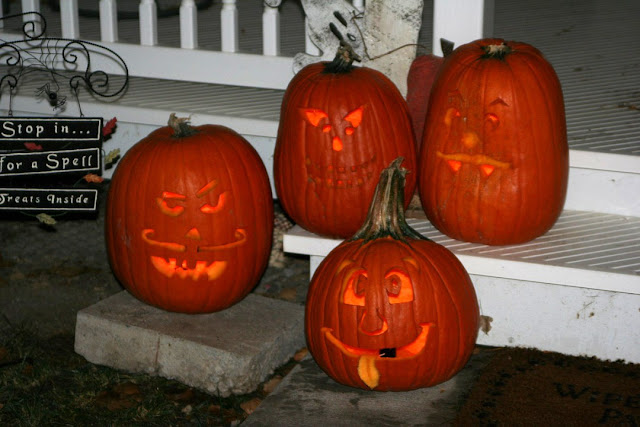 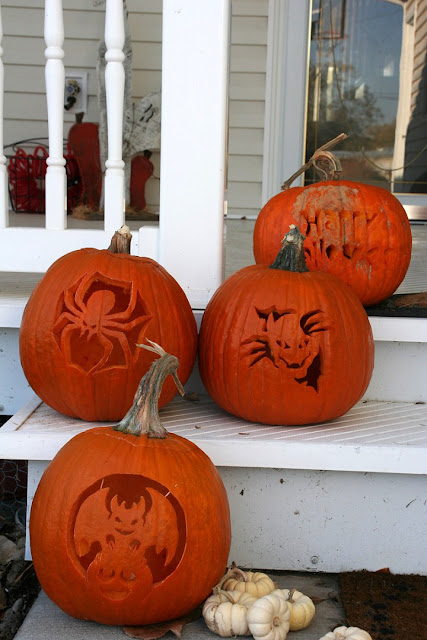 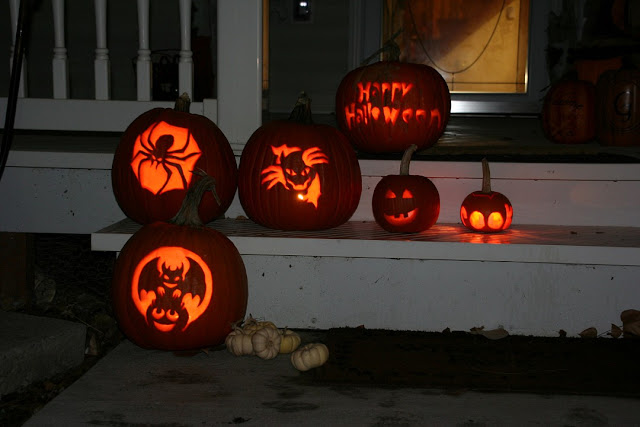 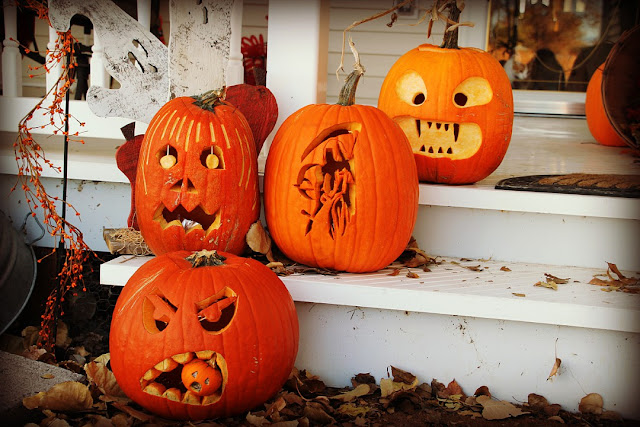 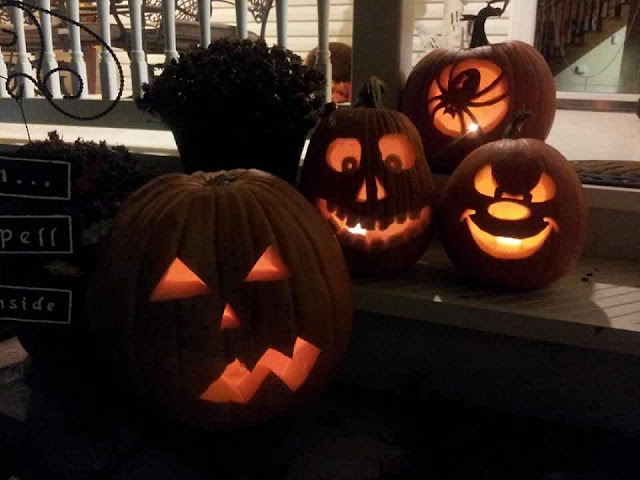 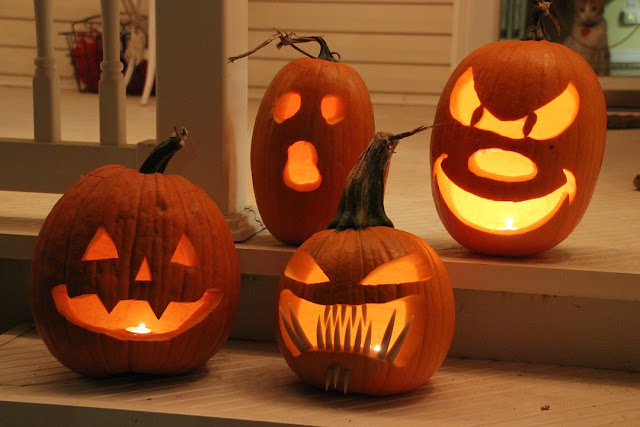 2014
**We didn't duplicate designs, but, looking back, it has become clear that someone has a thing for bats (Man-Cub, I'm looking at you).
Posted by Chelle at 7:54 PM