One of my goals for October was to make one autumn craft, just one. I accomplished that goal today and it awoke the dreaded crafting bug to the point that I may just have to do some more crafting this season.

I'm going to resist the urge as long as I can, though.

Anyway, this year's project was a pumpkin topiary. I used pumpkins that I already had on hand, purchased a garden urn on clearance at The Home Depot, added a couple of leaf swags from The Dollar Store, and, threw in some letter tattoos that I actually purchased at The Hellmouth last year, with the intention of doing this exact project (It's a good thing I got them then too; I couldn't find anything remotely similar this year). My trusty glue gun completed my materials and I was good to go. 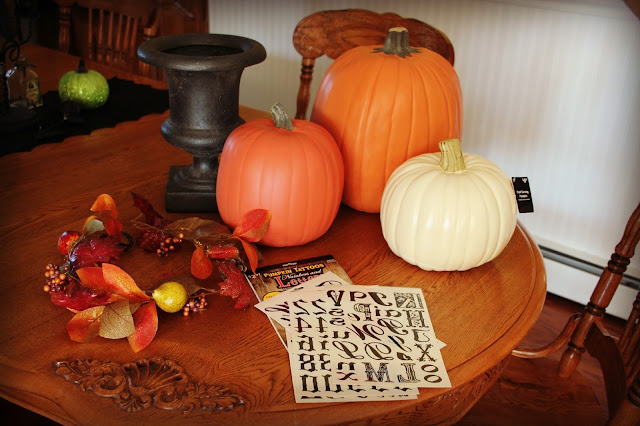 Hugh used his Dremmel tool to cut holes in the bottom of the two small pumpkins and I attached them to one another with hot glue. I probably should have used a dowel rod through them to provide more stability, but, I like to live on the edge. 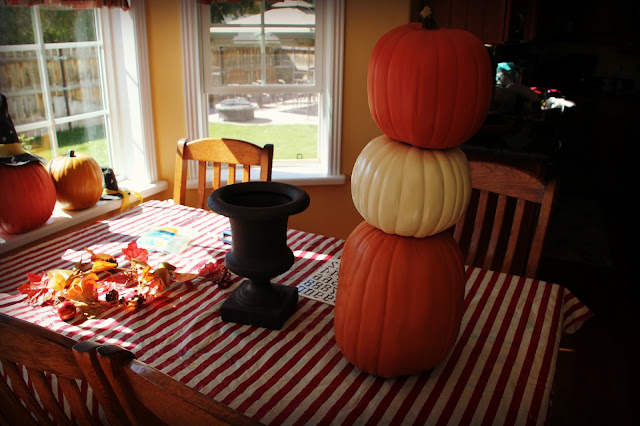 I separated the leaves and other decorations from the plastic vines and glued them on randomly at the base of each pumpkin, as well as around the mouth of the urn, making sure to use plenty of glue, which added to the stability of the tower (I hope).

Next, I used the letter tattoos to spell out our address, and, ouila! Pumpkin topiary. 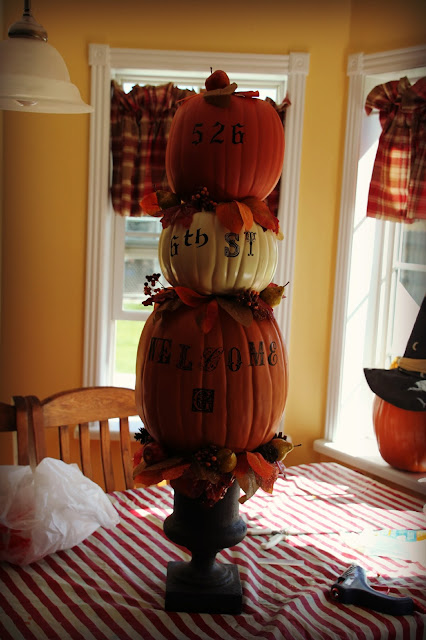 It's actually kind of criminal how expensive these things can be in stores when you consider how simple they are to make. 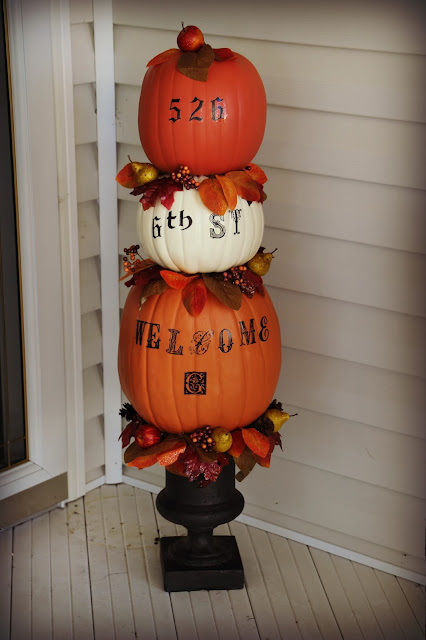