This Message is Not PETA Approved

The pets are not off to a good start this morning.

Rather than letting me sleep in, the cats started racing around the bedroom like their asses were on fire at 6:00 a.m.

When that didn't work for them, they sat next to me on the bed and meowed piteously for half an hour.

When I finally got up to feed them, I discovered that Guinness had knocked my witches cauldron decoration off the coffee table and had pulled off several of the decorative balls; where they reside now is anyone's guess.

Not one minute after woofing down their wet-food breakfast, Finnigan puked all over the hardwood floor in the entryway before casually strolling back into the mudroom for second helpings.

When I went outside to feed Rowdie, I discovered that he had pulled one of the newly planted mum bushes out of the ground and had dragged it around the yard; this, after discovering yesterday that he had chewed up one of the bird feeders after it (presumably) fell to the ground during the high winds we had on Friday.

These animals are not on the Nice List, today.

One of them better do something utterly adorable within the next hour or they may all end up like my new decorations on the front porch. 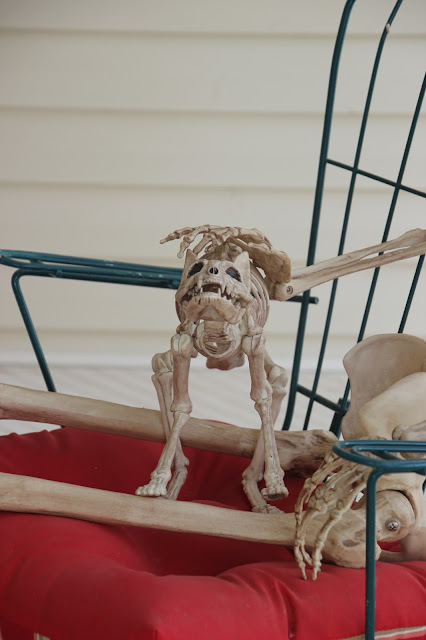 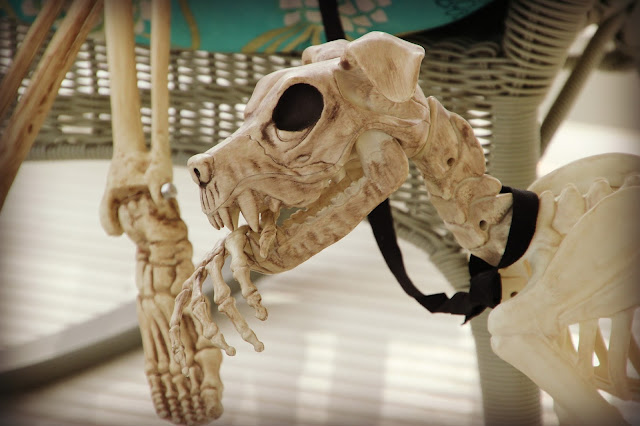