This May Be My Finest Halloween Moment

I decided that I wanted to do something completely different with my skeleton collection this Halloween. Because the design I had in mind involved the lawn, I had to wait until Hugh blew out the sprinkler system for the year (can't have the skeletons getting a nightly shower, after all), and, that finally happened on Sunday.

I also had to wait for Hugh to bring home some rebar from the hardware store, as well as waiting for him to provide the technical support necessary to complete my vision. In short, there was a lot of waiting around.

But, patience is a virtue and good things come to those who wait, because, this might be the most epic piece of Halloween decorating ever observed in Petticoat Junction. 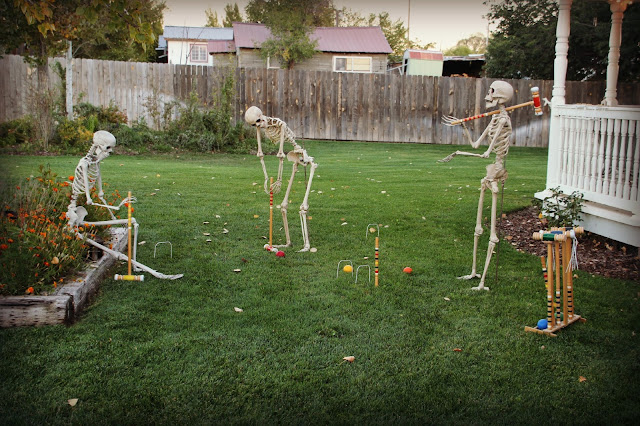 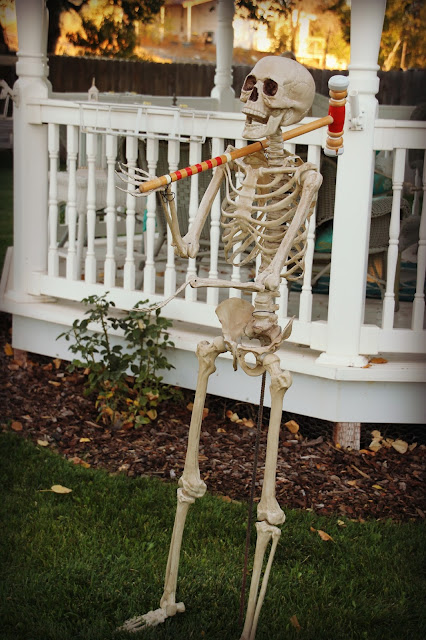 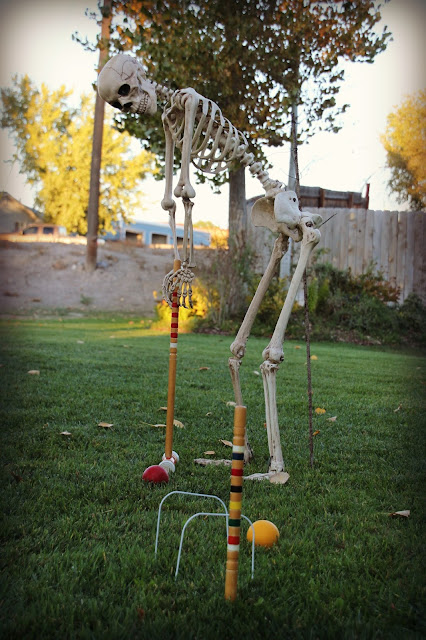 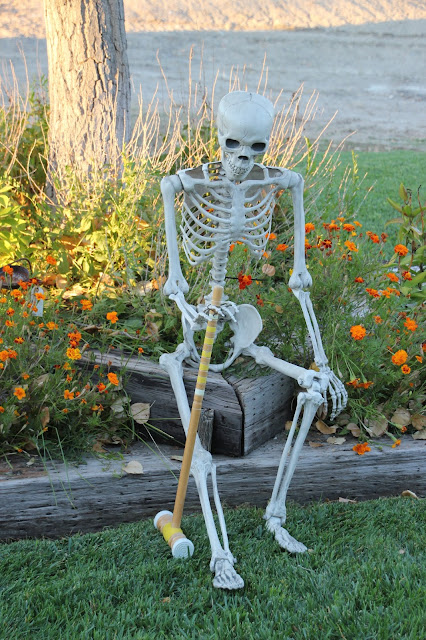 Skeletons, playing croquet! Not only does this amuse me, but, it totally validates my refusal to get rid of that old croquet set when the kids outgrew it. I told you so, Hugh!

But! I didn't stop there! I haven't been collecting these skeletons for five years for nothing, you know. 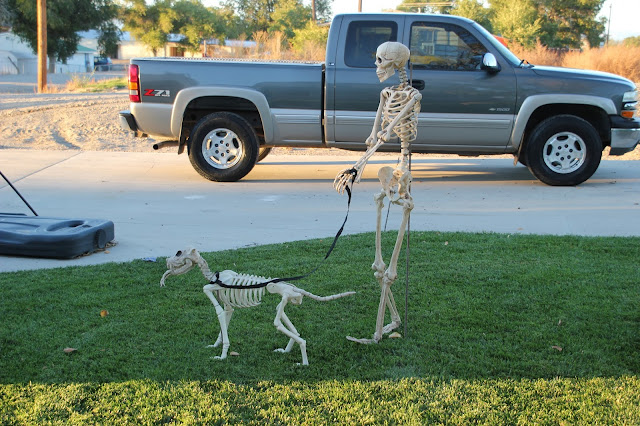 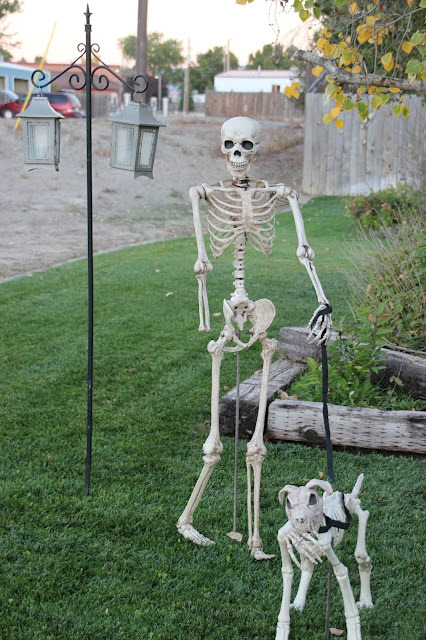 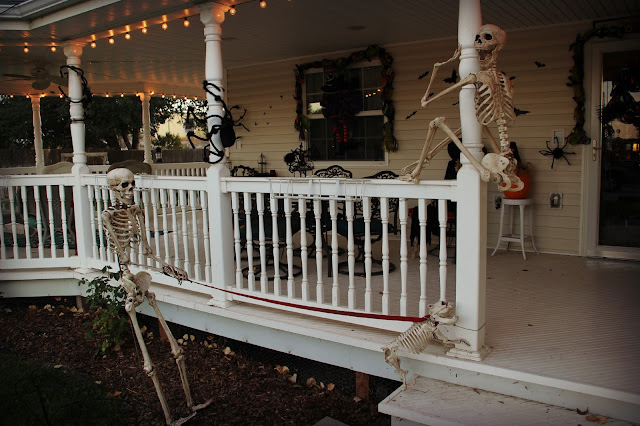 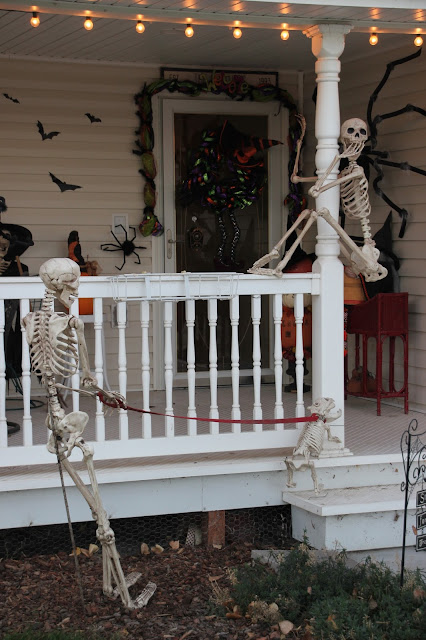 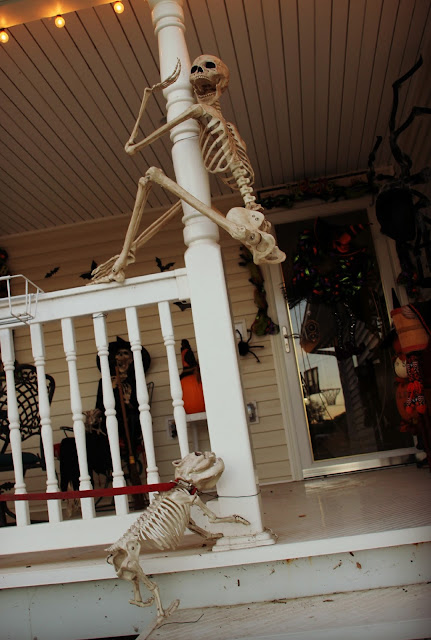 ...of course, it isn't his fault that he is weak, or, that the dog is bloodthirsty, I mean, they're both practically skin and bones...well, bones and bones, actually. Maybe they are both hangry. I know I get that way when I don't get enough to eat...and I digress... 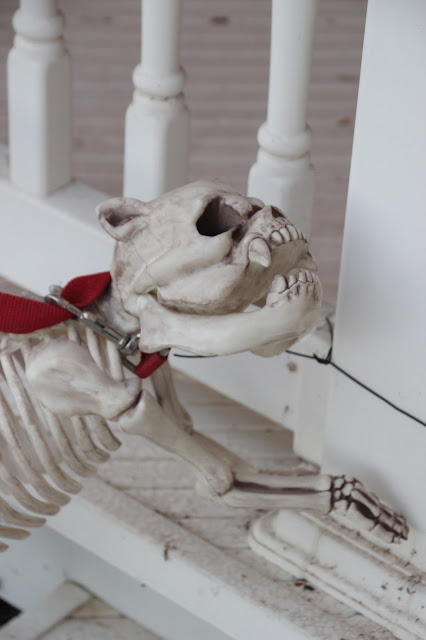 Oh! You know who finds a skeleton treed by a rabid dog to be hilariously funny? 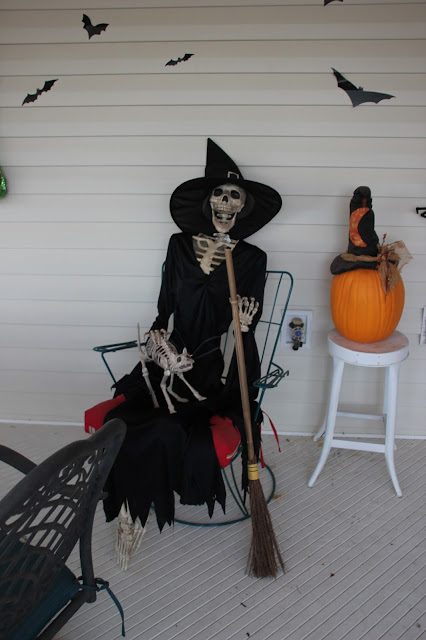 A bony witch and her skeleton cat, of course. I bet her amusement stems from the look of abject terror on the skeleton's face. 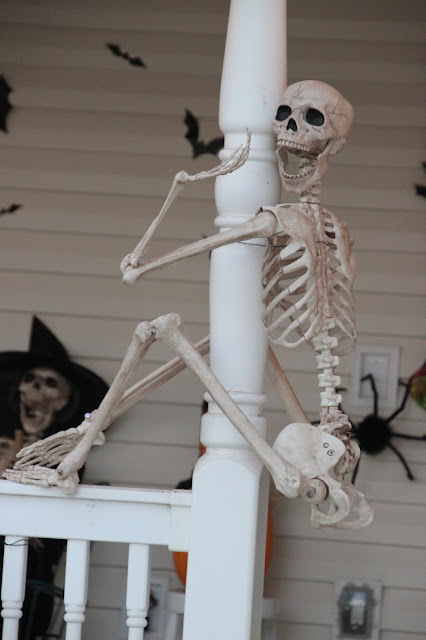 But, seriously, I had the best time working on this project, and, it turned out better than I could have hoped. 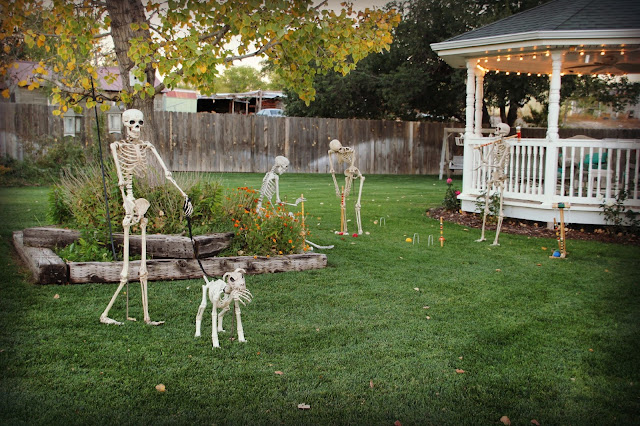 When it was done, I triumphantly presented the results to the Man-Cub, who, shook his head and muttered something about me having too much time on my hands, but, not without a chuckle. That's like high praise from a teenager.