A Tray on Witch to Serve (See What I Did There?)

Back in August, The Teenager and I visited the local paint-your-own-pottery place for a little mother-daughter bonding time. She painted a bowl and a mug while I selected a large platter that I thought would make a nice serving dish for treats, specifically, for caramel apples.

Yes, I was thinking about caramel apples in August; I dig Halloween, have we not met?

Anyhoodle, the platter that I chose was the largest in the store's inventory, which, might have intimidated some, but, not me; I had a plan.

I started with some basic Halloween colors, green and purple... 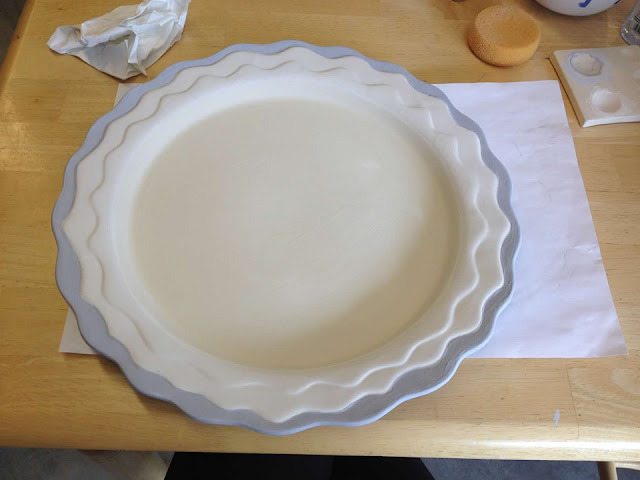 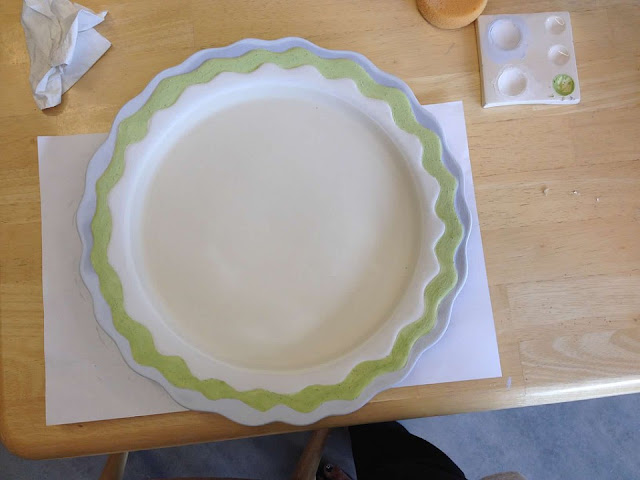 ...and then I stenciled on a witch's hat. I was planning to free-hand the design, but, I draw like a toddler, so the helpful woman at the studio showed me how to create a template from a photo that I found online. The result was exactly what I was going for without being the stick-person equivalent that it would have been otherwise. 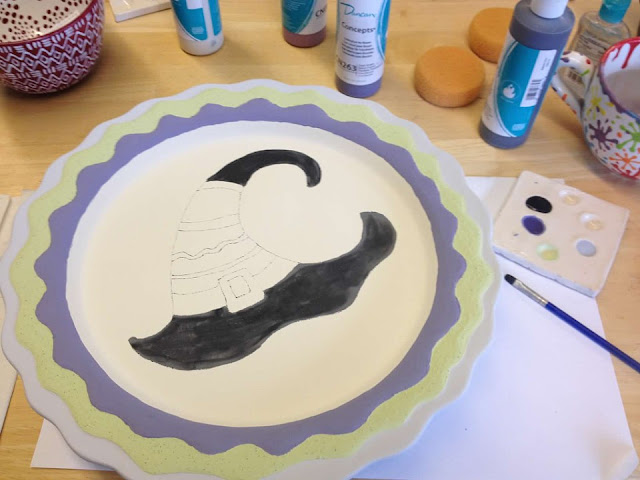 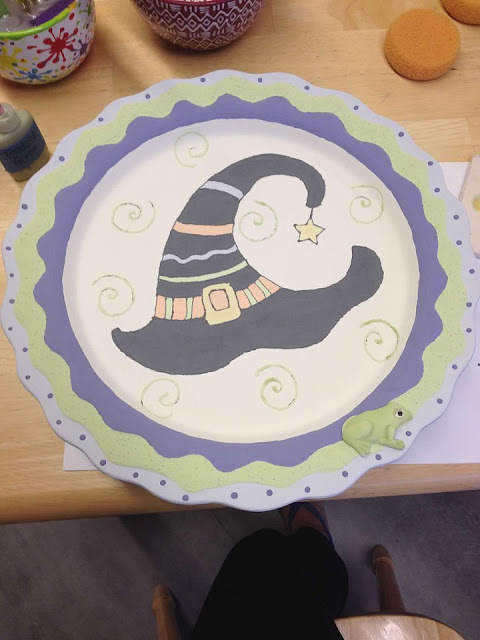 The final touch on the piece was a small ceramic toad that I painted and positioned on the platter prior to the firing, which set it permanently on the platter. 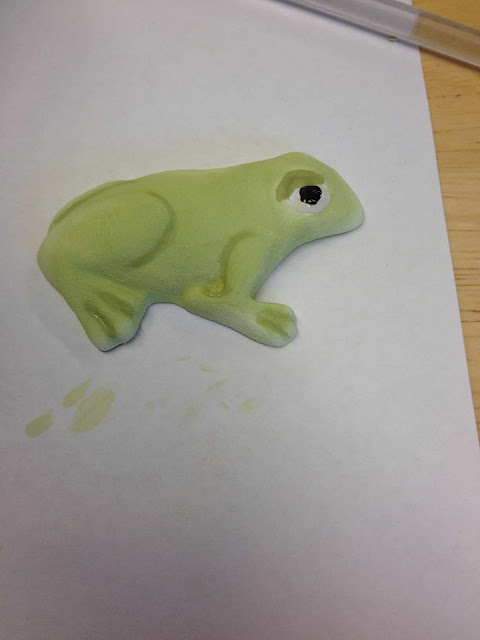 The end result is awesome, if I do say so, myself. And, while this totally does NOT count as my one craft for the Halloween season (It was done in August, remember), I am pretty proud of the effort. 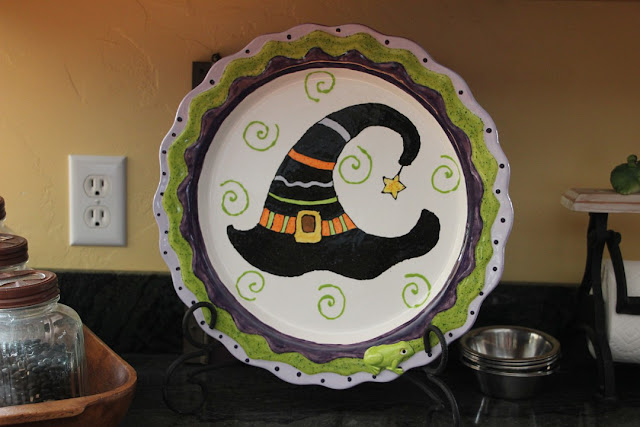 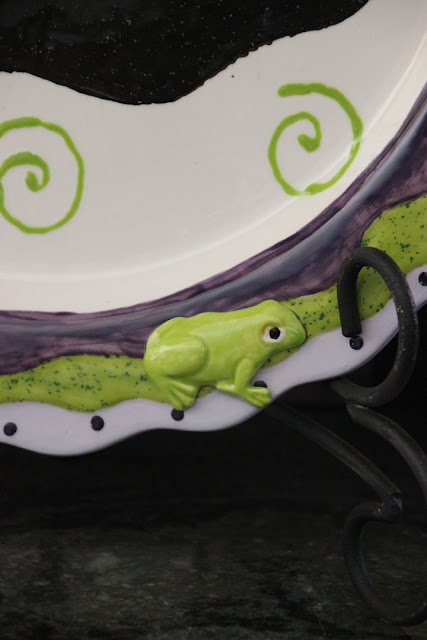 Now, I just have to dip those caramel apples...
Posted by Chelle at 6:48 PM