I am slowly but surely getting my Halloween decorations in place. Just when I think I'm finished, I discover another decoration or think of another idea for using what I have on hand; I blame Pinterest.

At some point, I will be done.

Of course I will.

I mean, I have to stop somewhere, right?

Instead, enjoy the tableau that greeted the Man-Cub a couple of nights ago when he announced that he had to "do the two"... 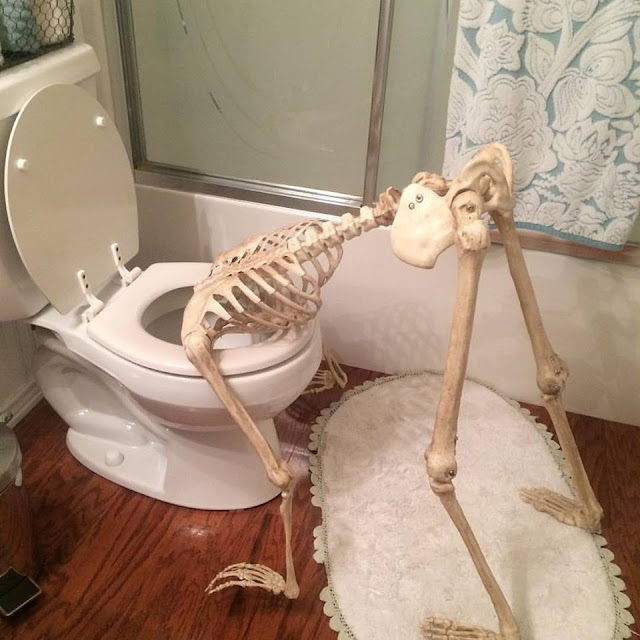 ...he was...not impressed. In fact, his exact words were "Really?" Which, yes, that is only one word, but, he said it with the weight of fifty words, and, yeah, I have no idea; it's like he's never met me or something.

And, get used to it pal, it's a while yet before Halloween.
Posted by Chelle at 6:38 PM