Saturday morning, the Man-Cub, Mikey, and I headed out to take our first stab at senior pictures. Following his misadventure on the football field, the Cub was sore and trussed up in a sling, but, he still managed to smile for the camera (don't worry, Coach; we took the sling off for his poses, but it went right back on while I photographed Mikey). 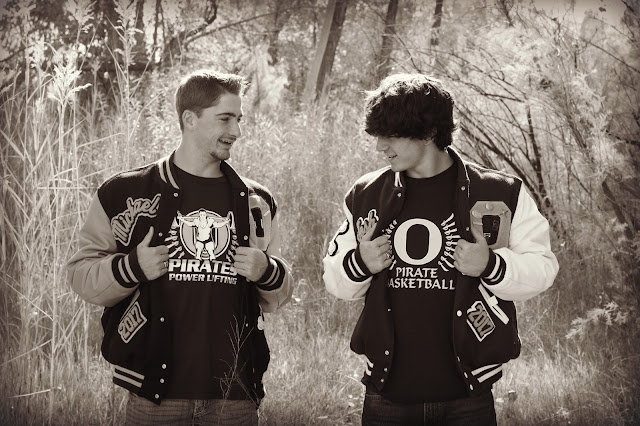 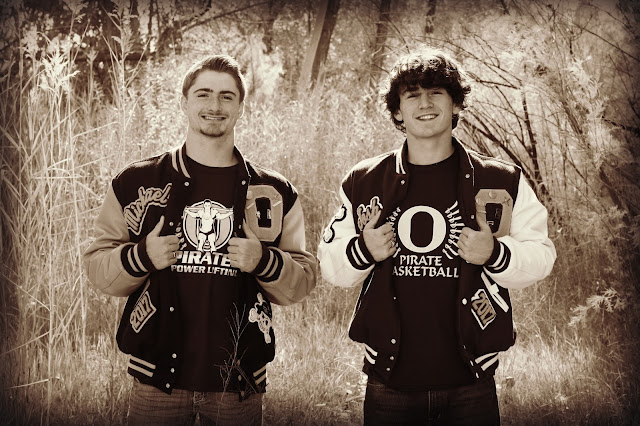 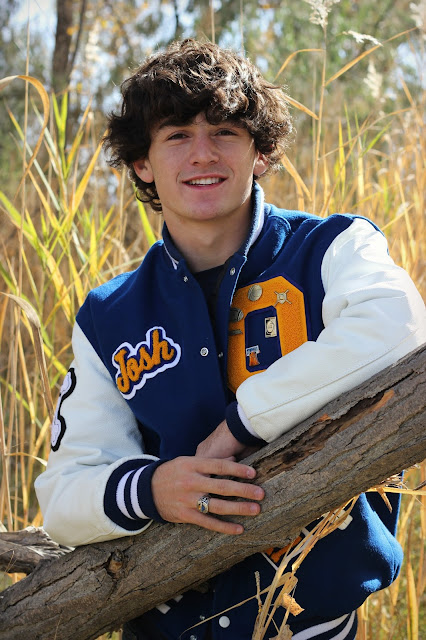 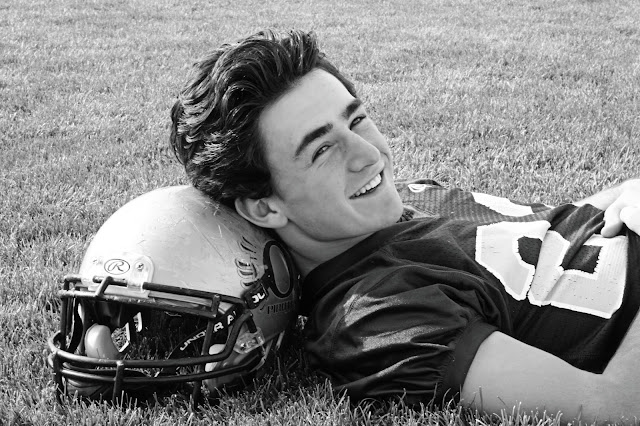 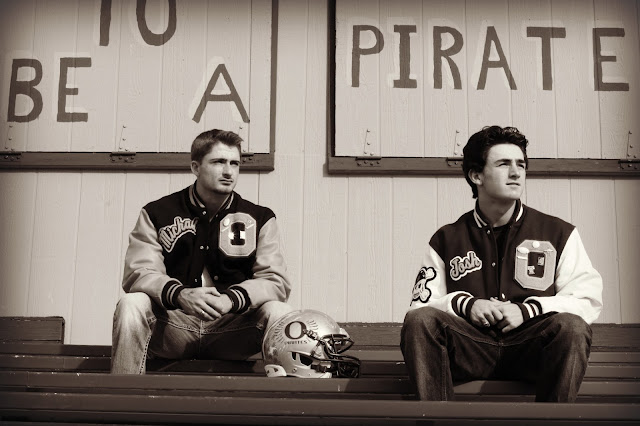 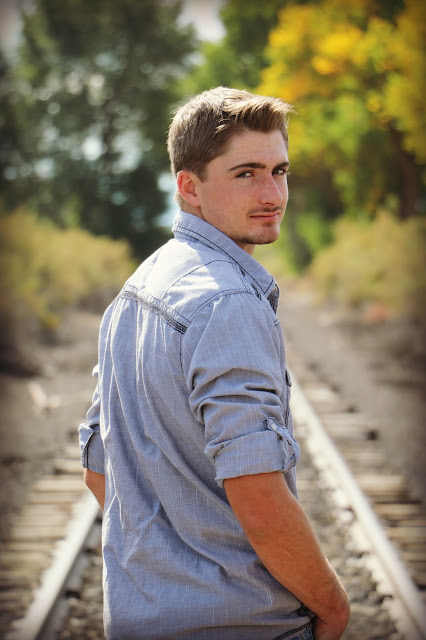 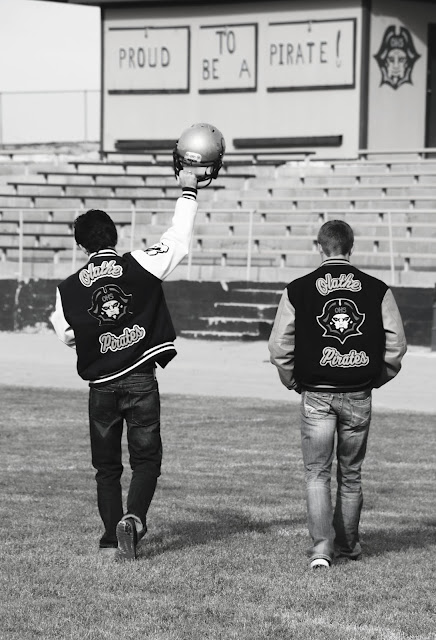 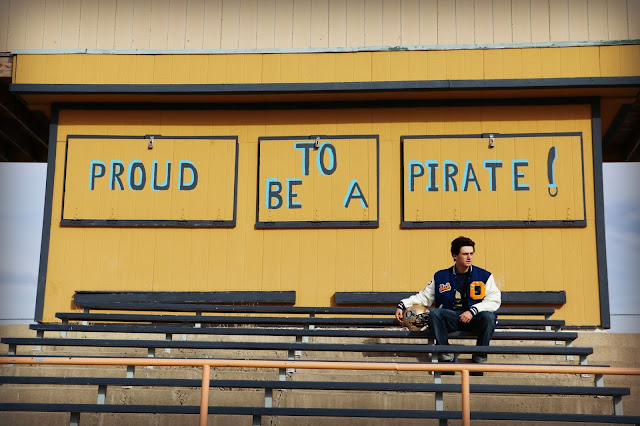 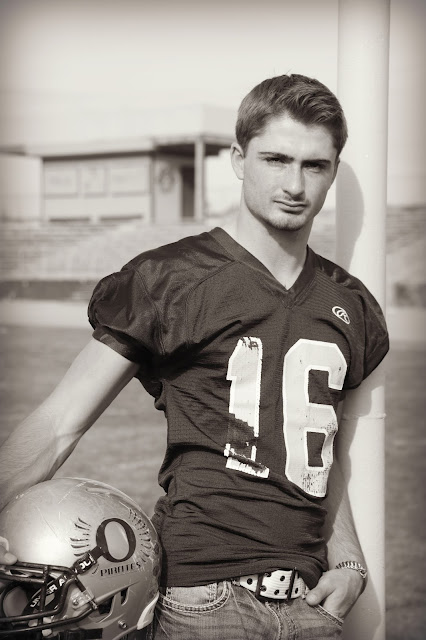 We broke for lunch, during which the Cub kept an appointment at the hairdressers, where he finally unloaded about ten pounds of hair that he had been growing since early this past summer. The haircut was dramatic enough that the pictures we took that afternoon look like there is no way they could have been taken the same day, which makes me laugh.

The afternoon session included Trace, who wasn't available earlier in the day, and, between the three boys, they managed to keep me and Trace's mom quite entertained. 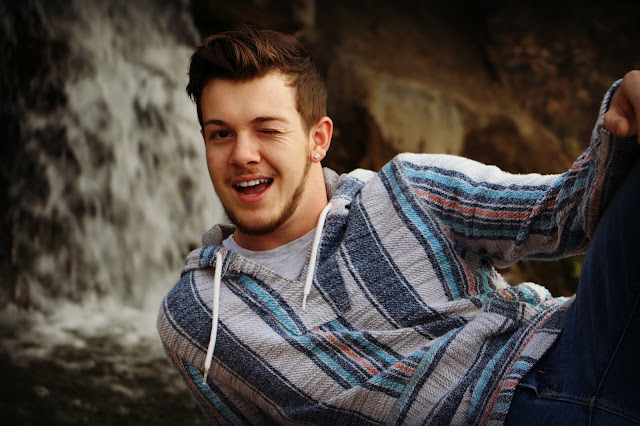 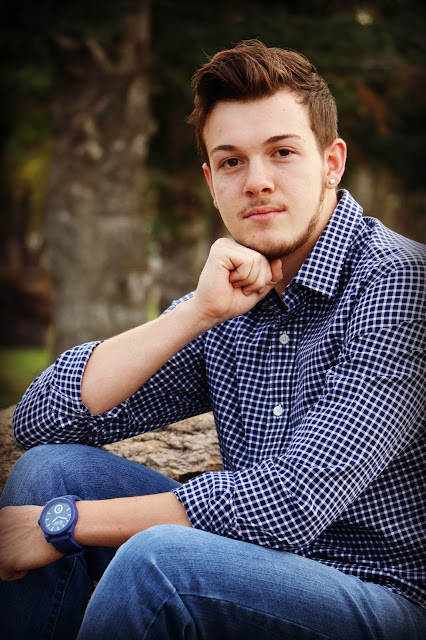 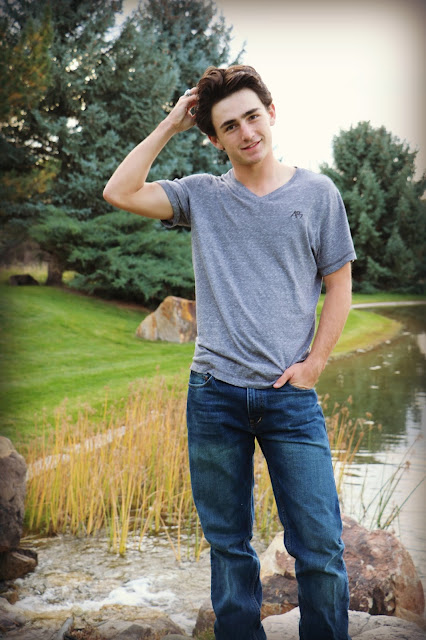 I don't know if we got the "one" for each boy yet, but, we have plenty of time to go out again before photos are due to the yearbook staff (this is one of the benefits of living in a smaller community; the seniors attending Hooterville High are required to submit yearbook photos by the end of this week). In the meanwhile, I'll peruse Pinterest for more pose ideas, as one does in this day and age. 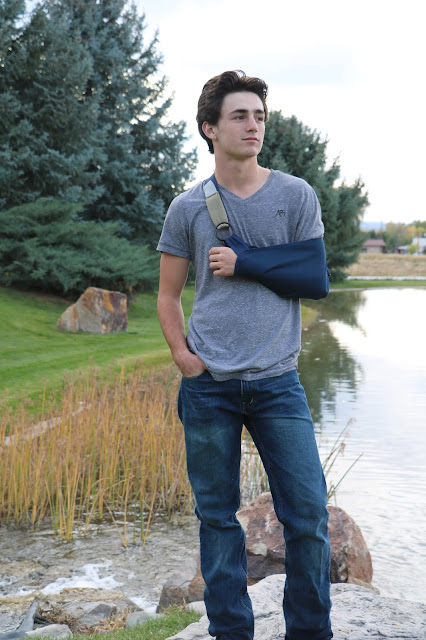 Proof that he wore the sling, Coach!
Posted by Chelle at 6:57 AM