We Need the Parents

Four scariest words you will ever hear when you are sitting in the stands, hands clasped in silent prayer, willing your child to get up after being waylaid by a cheap shot on the football field.

Such was our  night, last night.

The experience is still somewhat surreal; one second, the Cub was in position to tackle the opposing team's quarterback, who was making for their goal line and the next, he was hit so hard we actually heard it in the stands.

Flags flew, coaches scrambled, the Cub writhed in agony on the field, and, in the stands, total silence. It was less than two minutes before the trainer left the Cub's side and made for the bleachers, waving and screaming those four words; we need the parents.

Hugh and Queen B were out of their seats and on the field well ahead of me (I stumbled in an ill-conceived attempt at vaulting the rail and it took me a second to recover my footing; I'm also a bit bruised and sore this morning, but, in the moment? Didn't feel a thing, such was my focus on getting to my son), and, when I arrived at the Cub's side, the coach had already popped his dislocated shoulder back into place. Really grateful I missed that.

The ambulance, usually on standby at high school football games, was already preparing to pull out on to the field, but, the Cub refused to go out like that; he wanted back in the game and it took Hugh and the Coach to convince him that that wasn't happening. Instead, he spent the final three minutes of the game on the sidelines, shoulder wrapped as tightly as the trainers could manage, given the football pads that we would struggle to remove later.

He's sore, today. And, he got to sleep in the recliner last night, so, probably not as well rested as we might like, but, he walked off that field last night, and, for that, I am forever grateful. 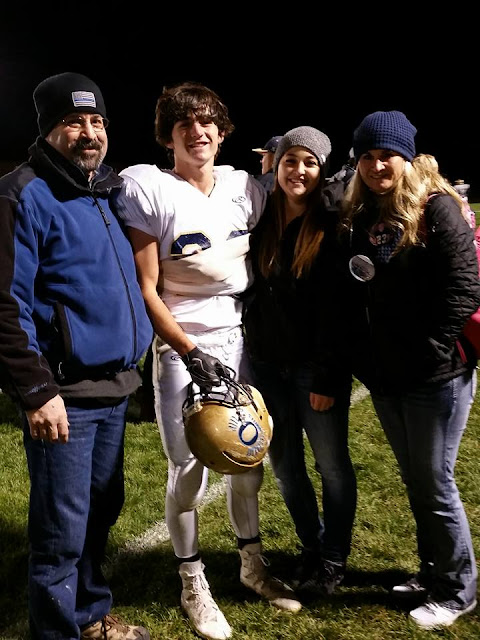 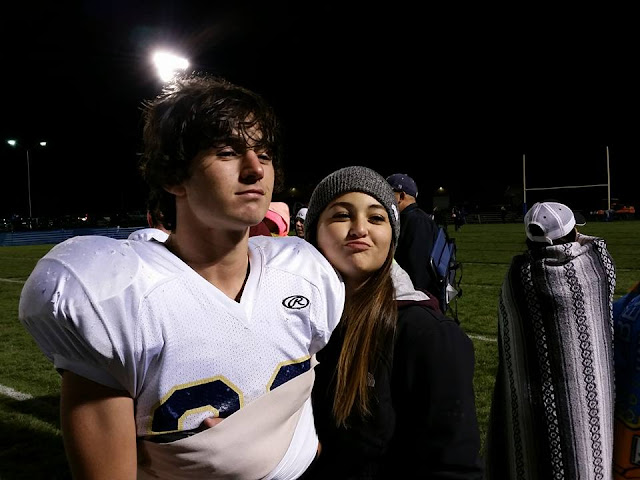 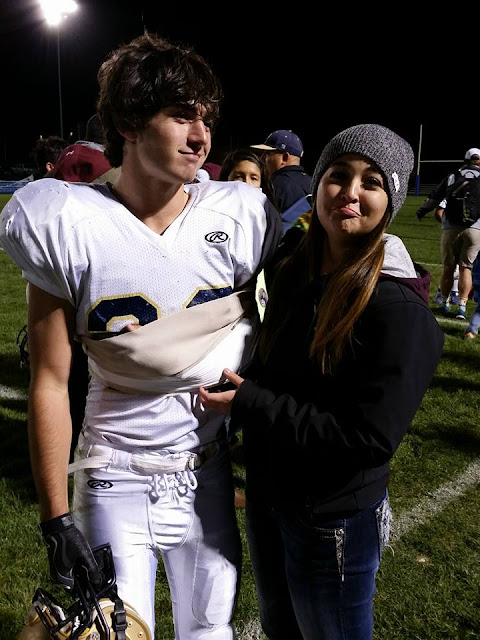 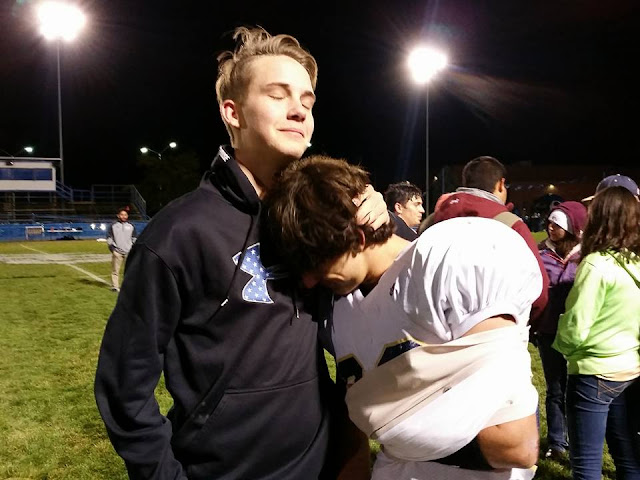 Later this morning, we are planning to take senior pictures. This appointment has been on the calendar for a month, and, with the leaves rapidly falling from the trees, we can't really put it off for another week, so; I envision a lot of poses consisting of the Cub leaning against a tree today. That will be the best way to keep his arm in the position it needs to stay in for the next couple of days, while the ligaments in his shoulder contract back to their normal placement. I mean, I'm good, but I lack the skill necessary to Photoshop a sling out of a picture.