Hugh has been slaving away on the backyard fire pit that we, as a family, voted to replace the trampoline with. He estimates his progress to be 77% complete. So, of course he is now running out of pavers; pavers that take two weeks to receive once an order is placed. This may be a set-back, we aren't sure yet. 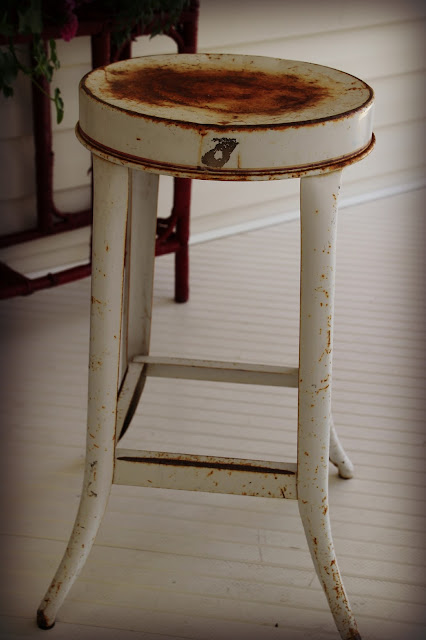 This vintage stool was a gift from the former manager of our variety store. It has been languishing in storage for quite some time and I thought that it was time to give it a face lift. The rust appeared to be quite stubborn but, with a little elbow grease and the right supplies, I figured that I could remove it, and I was right (mostly). 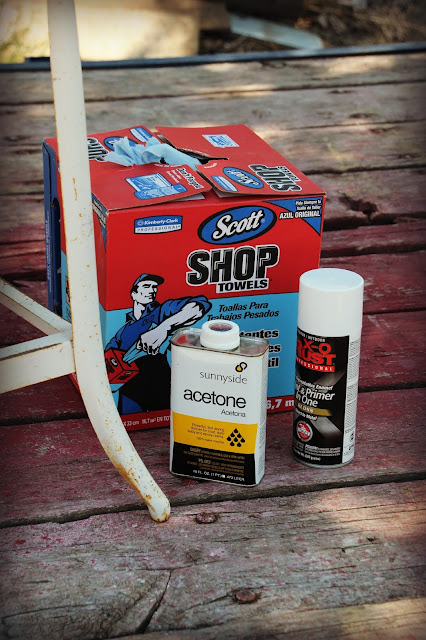 The rust that refused to budge was easily covered with rust-resistant paint, and, after several hours of drying time, I ended up with a stool that, while maintaining its' vintage lines, looks almost brand new. 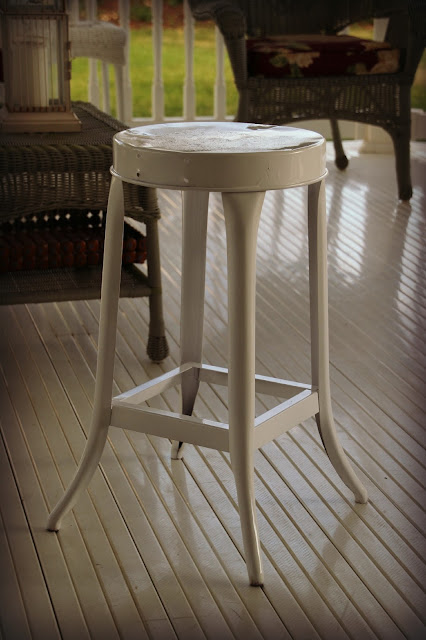 And, now I have another option for displaying flowerpots, lanterns, and/or, bird cages on the porch. 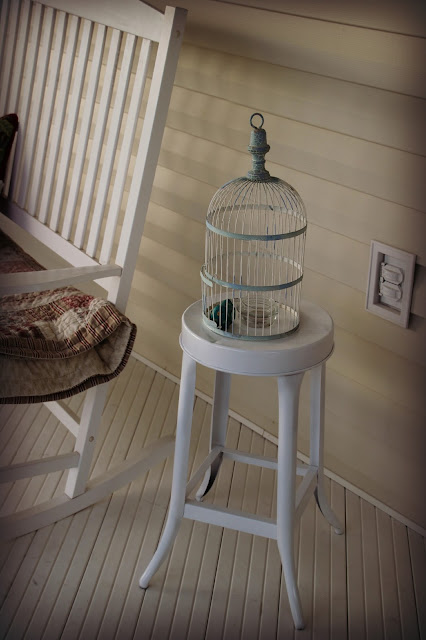 I can think of worse ways to spend the weekend. Which reminds me, there are weeds in the garden and yet more cucumbers to harvest, so....