Homecoming 2013: Everyone Loves a Parade

I was able to the day off from work on Friday so that I could spend some time with my parents, take pictures of the kids working on their floats, and, attend the Homecoming parade; have I mentioned how fortunate I feel to work for a family-friendly corporation?

The float building went as well as it usually does, that is to say; each class had a case of spray paint, numerous boxes of Kleenex, crepe paper streamers, butcher paper, and two hours with which to cobble together something resembling a class float, which is always a challenge, in my opinion.

And, as usual, the kids rose to the challenge. 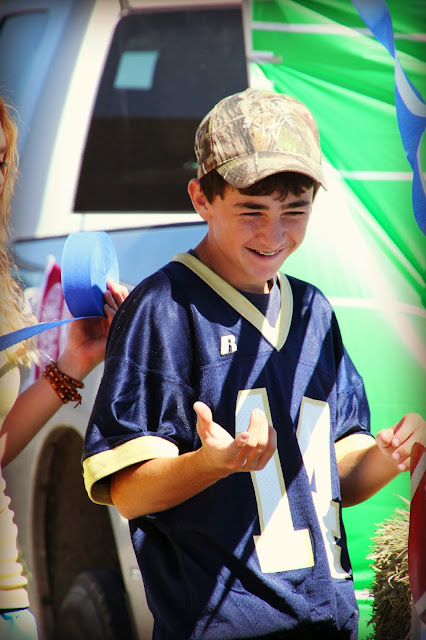 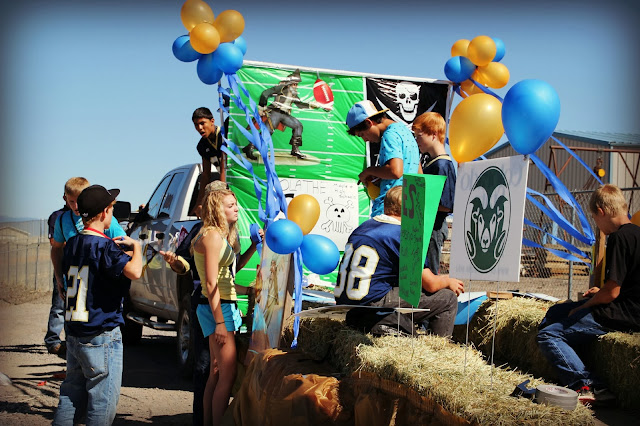 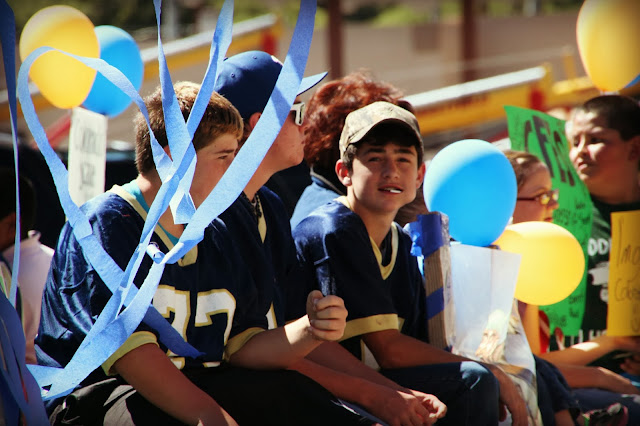 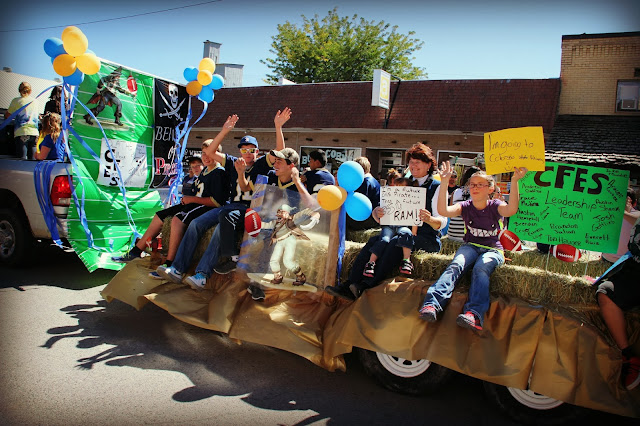 The Man-Cub really got into the spirit, which one would expect from a child experiencing his first Homecoming, I think. Also, his class is the largest class in the school, so, the Freshman float benefited from more manpower and more raw materials, donated by parents.

The Teenager's Senior class float was cobbled together in a traditionally haphazard manner; it merely featured an outhouse, generously spray-painted, and a couple of couches for lounging. Seniors, it appears, are too cool to be burdened with shoving Kleenex through chicken wire. 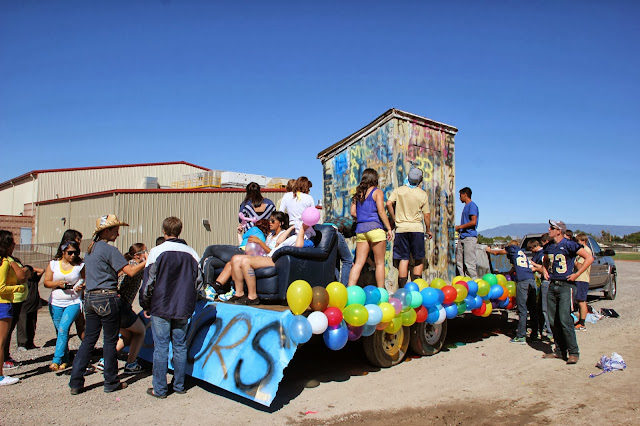 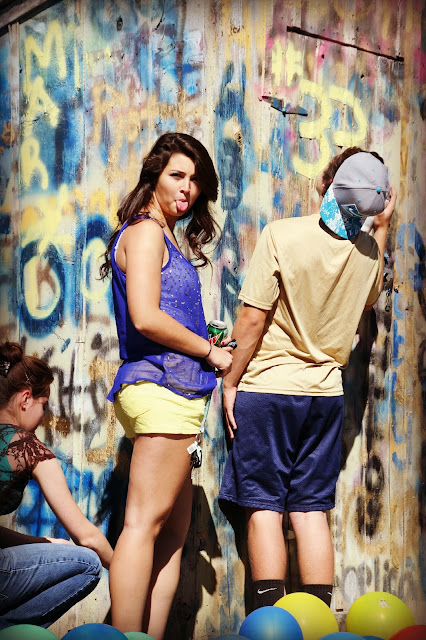 The Teenager didn't have time for couch-lounging on the float, however; she had been nominated for Homecoming Queen and was required to ride on a truck with one of the candidates for Homecoming King. I don't think she minded. 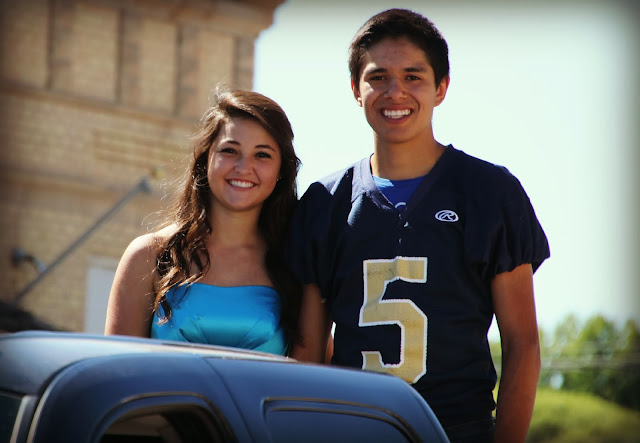 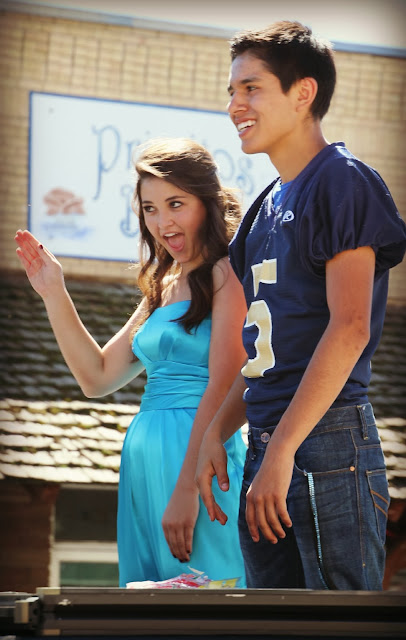 So, another Homecoming parade is in the books. Both kids enjoyed the experience and the adults in attendance managed not to melt in the unseasonably warm temperatures, so, it was a win all the way around.
Posted by Chelle at 7:44 AM