We are in the home stretch, I promise; one last entry about Homecoming and I will move on to something that will, no doubt, prove equally boring to anyone not related to me or my children by blood.

So, the dance happened.

But, before the dance there was dinner at our house for a group of The Teenager's friends. My mom and I grilled sliders and served them with French fries; it was the least labor intensive meal ever served to a bunch of kids in our home, prior to a school dance.

With the time that I saved by not slaving over a four-course seated meal, I was able to get a record number of pictures of the kids before they wandered off to the dance and I really liked the way that they turned out.

I was especially pleased to see the older kids including the Man-Cub in the photo shoot, since he was flying solo until meeting up with his friends at the school. Having him in the pictures adds just a touch more sweetness, in my opinion.

And, speaking of sweet, the Cub insisted on wearing a tie to match his sister's dress and he agreed to at least one dance with her. I don't know how I got so lucky with the kids that I have, but, I'm happy to say that I'm not alone; three of the senior boys who came to the house to take pictures invited the Cub to cruise Petticoat Junction for a while prior to the dance, just to kill time while looking as cool as possible. Their mothers should be very proud, because, not very many senior boys would be willing to be seen with a freshman, I'm sure. 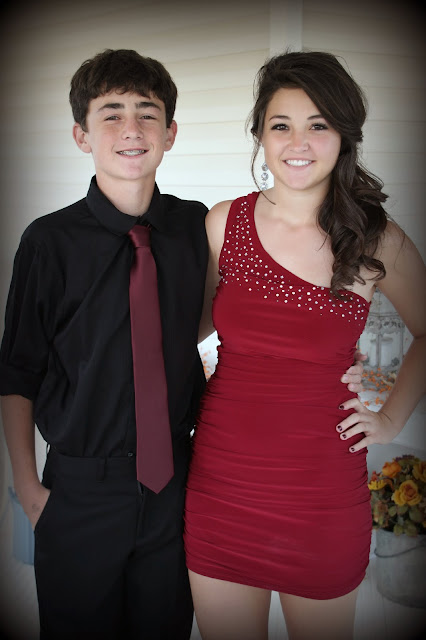 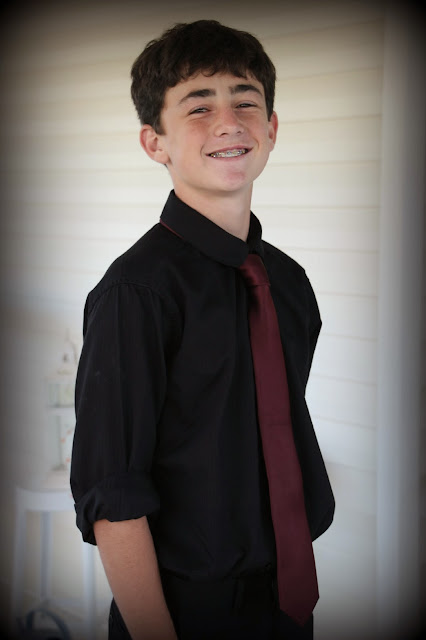 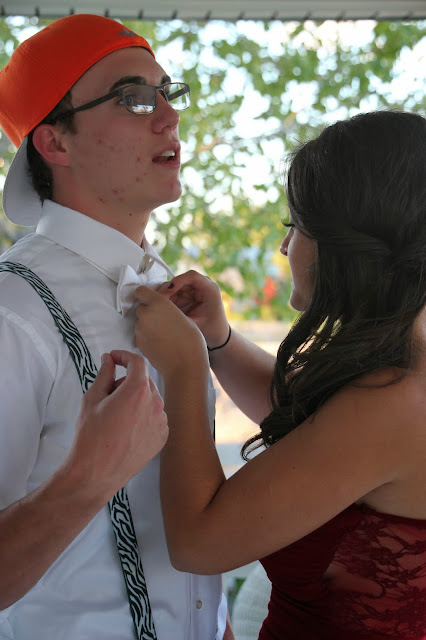 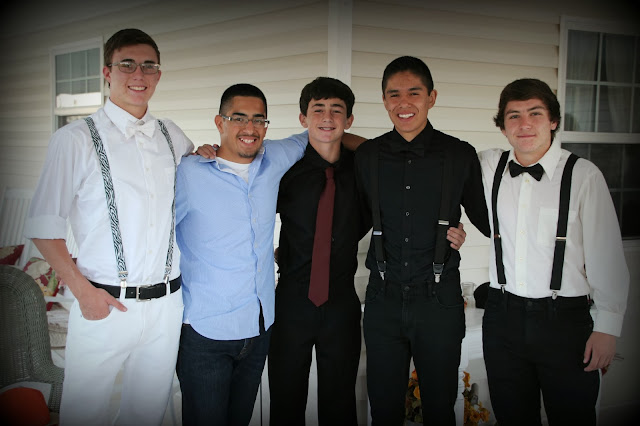 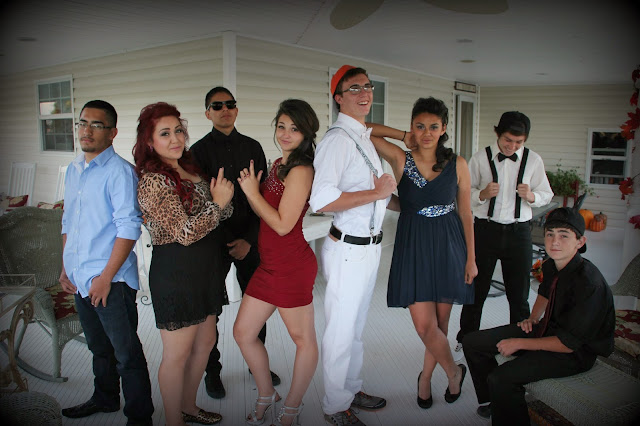 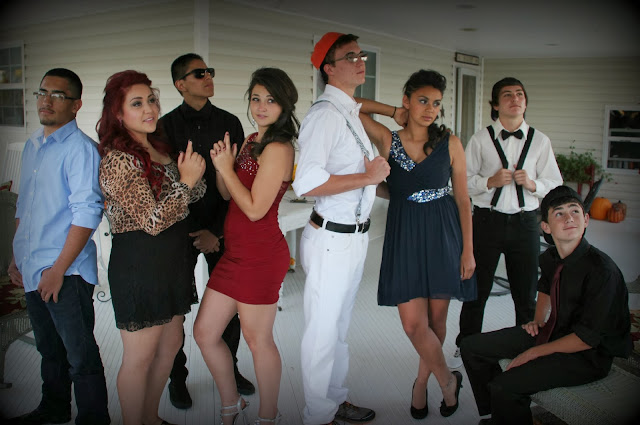 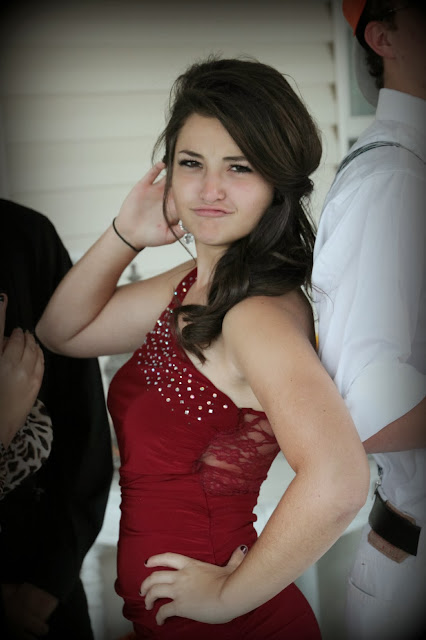 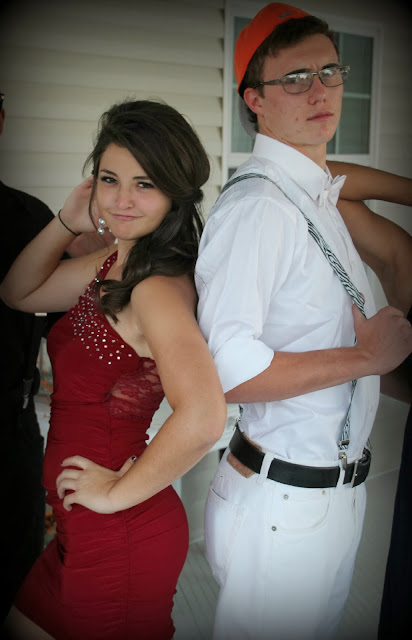 After the dance, the kids came back to the house to toast marshmallows and make smores around the fire pit that Hugh finally finished prior to leaving for his business trip to Chicago. I love the fact that the kids like to spend as much time at our house as they do and I'm really happy that they clean up after themselves when they are done, because, after a week of Homecoming shenanigans, I was exhausted and ready for a good night's sleep.

And, now, I have exhausted my Homecoming material and can move on to new and scintillating topics. Ha! Just kidding, back to menial details about normal life.