Next, they re-applied their make-up in as meticulous a way as possible, followed by hair grooming that rivaled anything yet to be seen in the free world. When they felt suitably spiffed up, they took the dresses off and went to the first half of the football game in their jeans and t-shirts.

Yeah, I didn't get it, either.

Anyway, they then changed back into the dresses for the halftime crowning ritual.

They looked amazing. Nervous as hell, but, amazing. 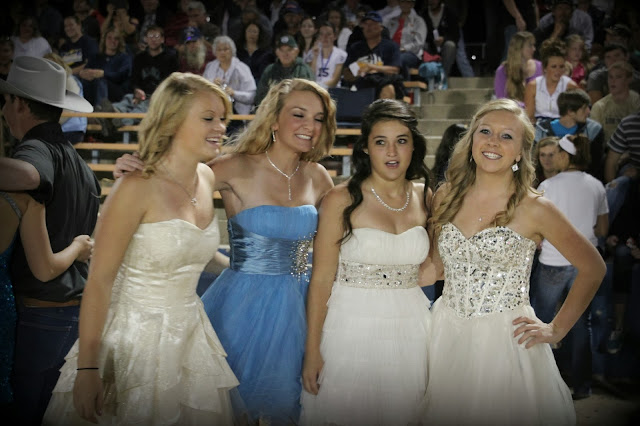 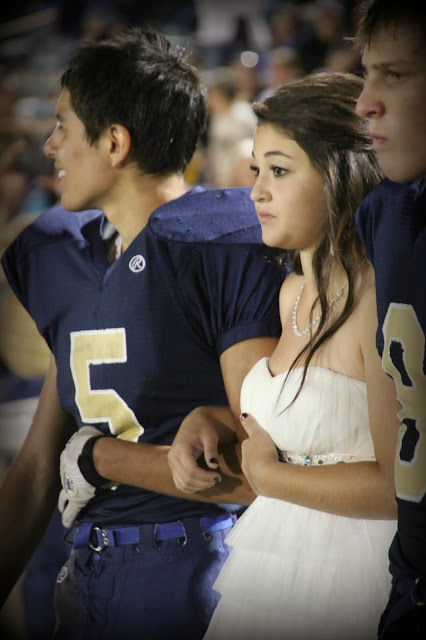 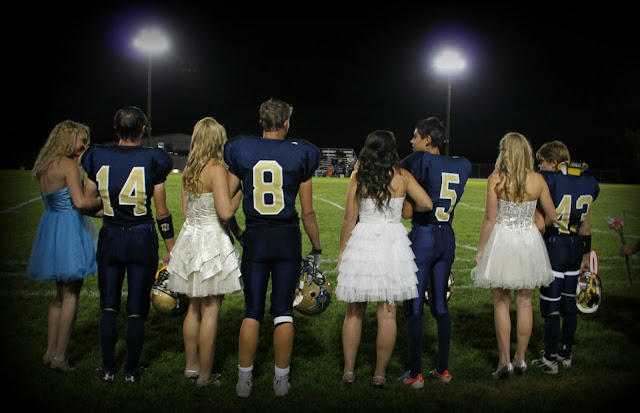 The Teenager was fortunate enough to be escorted by one of her best guy friends and he did his best to keep her from being too nervous in front of the crowd, but, from my vantage point on the field, I could see that she was shaking and I hoped that it was from the excitement and not because she was desperately trying not to throw up. 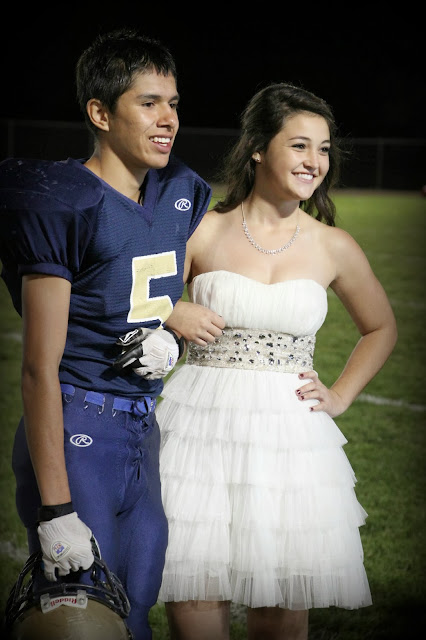 When her best friend, Katie, was announced as the winner, I could visibly see The Teenager relax, happy that the attention was off her. I had to wonder if she was disappointed, but, if she was, she didn't show it; cheering for her friend and insisting on approximately a million pictures of the two of them together. 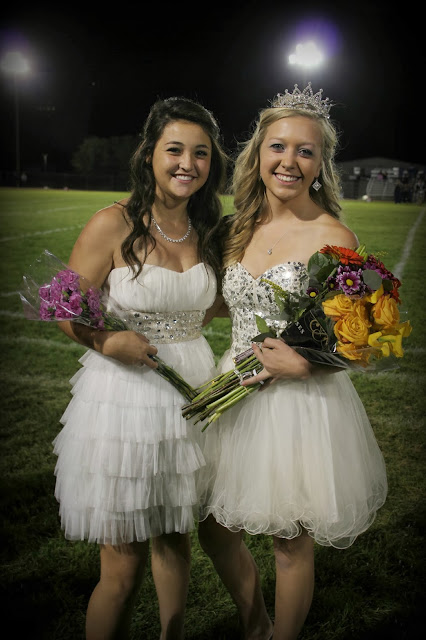 Then, the girls left the field, changed back into their jeans and t-shirts and enjoyed the rest of the football game, which, wasn't hard considering the 43-0 routing that our boys gave the other team. Indeed, it was a night to remember for the senior class, which is exactly what we, as parents, hoped for them.

I do have to say, however, that I think The Teenager's proudest moment of the evening was the moment that she realized how many people were in the stands, cheering her on. Especially Brandon's mom and sister, who were attending only the second football game that they had been to since Brandon played in the recreation league the autumn before his death.

Knowing they were there, specifically for her, for Bradlen, and, for two of the other boys to whom Brandon was close, was a tremendously touching thing for The Teenager. 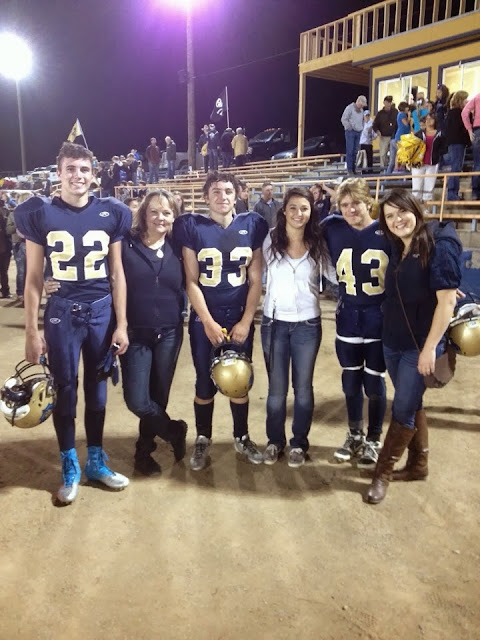 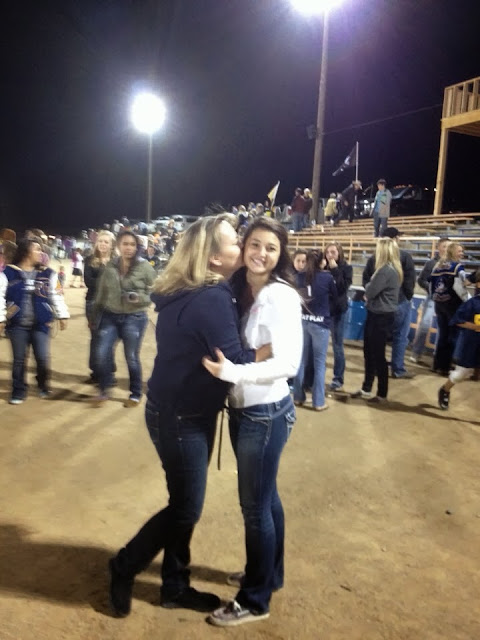 Love like that beats winning a crown, any day.
Posted by Chelle at 7:50 PM