Day four of Homecoming week saw the senior class wearing the traditional Day Four toga while the freshman were relegated to the status of clown. That's right: they were clowns.

Now, we all know how The Teenager feels about clowns, and, having her brother dress like one did little to improve her attitude about the lively entertainers. 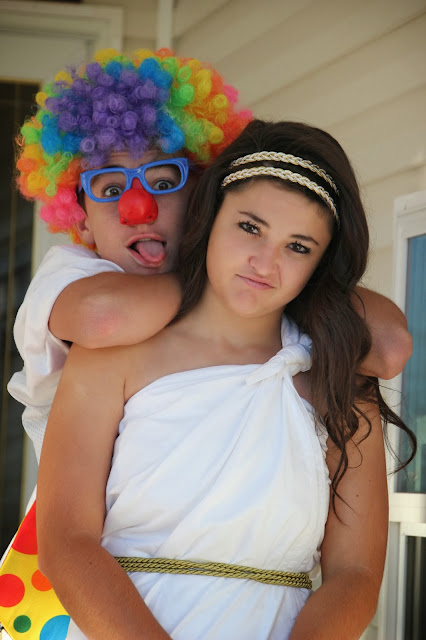 Her attitude about the toga, however, was quite positive. In fact, I think she has been anxiously awaiting the day that she would be a senior, wearing a toga to Homecoming. I'm not even kidding. 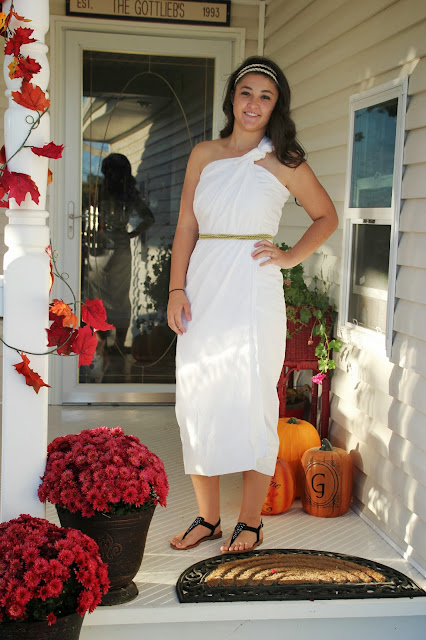 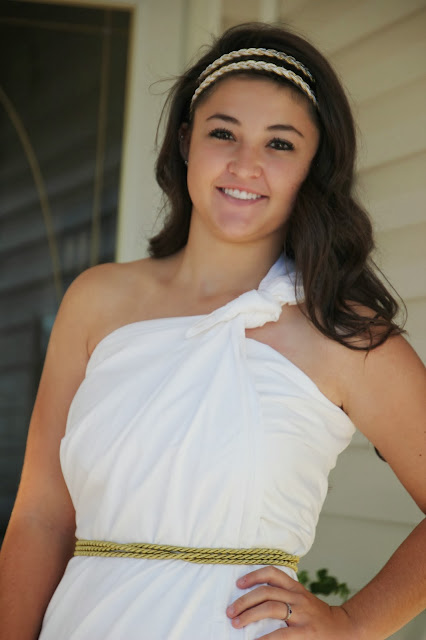 Never having tied a toga, we found ourselves perusing videos on You Tube for instruction, which, proved to be quite a good idea; the number of toga-tying videos online is staggering and somewhat confusing. Plus, I can barely tie a knot, so, wrapping and tying a toga was a challenge that I wasn't quite prepared for. 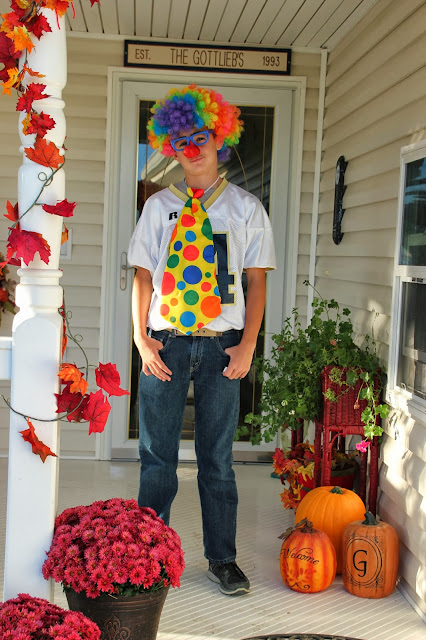 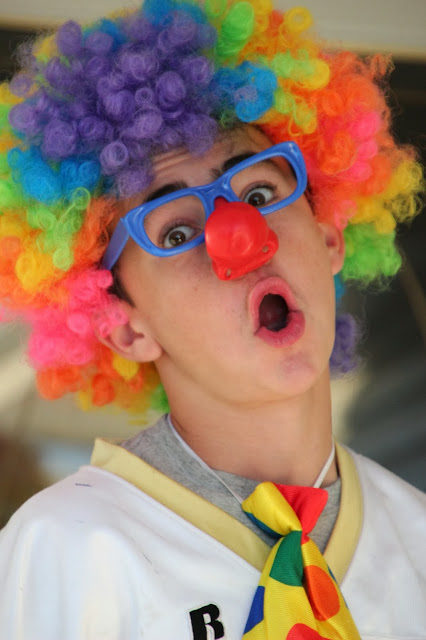 Also, if you are planning to wear a toga to school, it's a good idea to remember to wear something underneath it. Thankfully, this was not a lesson that I had to teach The Teenager; she was all over that, all on her own.

My son might look like a clown, but I am raising smart children.
Posted by Chelle at 8:50 AM