The Boys of Fall

The Man-Cub had his third JV game of the season earlier this evening. His team handed a major upset to the opposing team, an upset that came as a major shock to that team's coach, seeing as the varsity team from that town had kicked our varsity team's collective ass at a game just a couple of weeks ago.

The Teenager was working the chains on the sidelines and she got quite an earful from the coach, who, was clearly operating under the misguided assumption that our JV would be easy prey. Poor man. 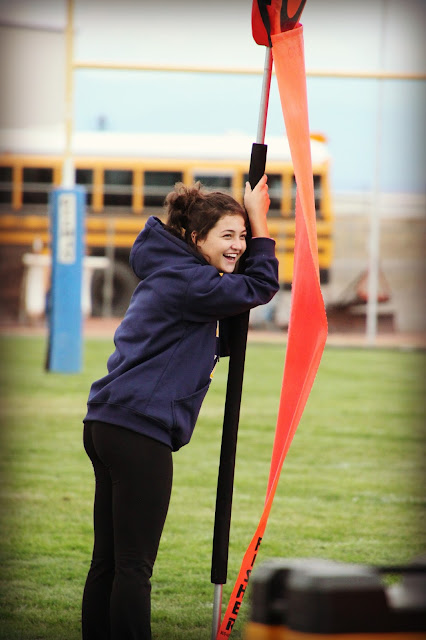 Since they were wuppin' up on the competition so completely, the coach of our team made sure to let the freshmen play as much as possible, so; the Cub and the rest of the Fearsome Foursome got a chance to really feel what it is like to play high school football, which, was awesome. 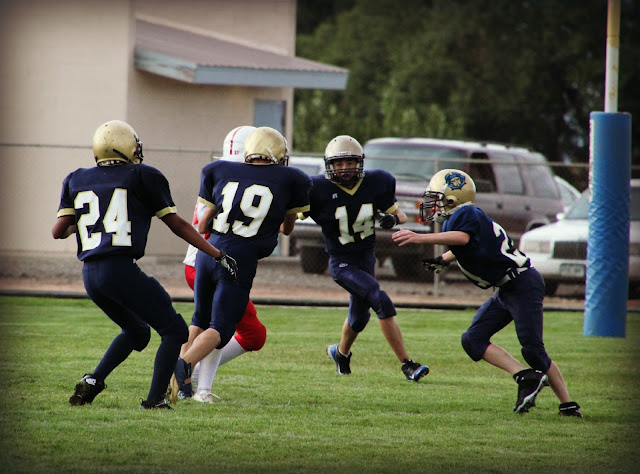 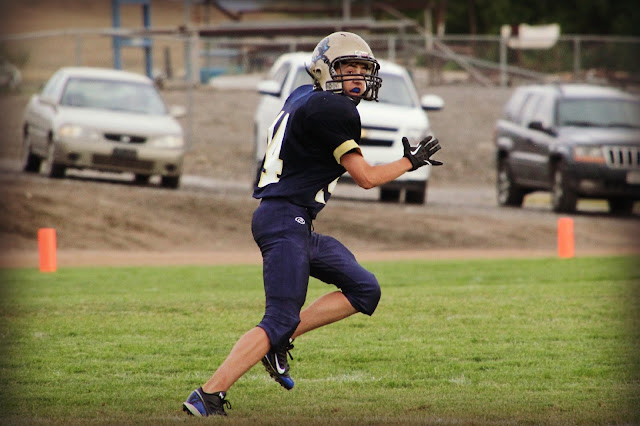 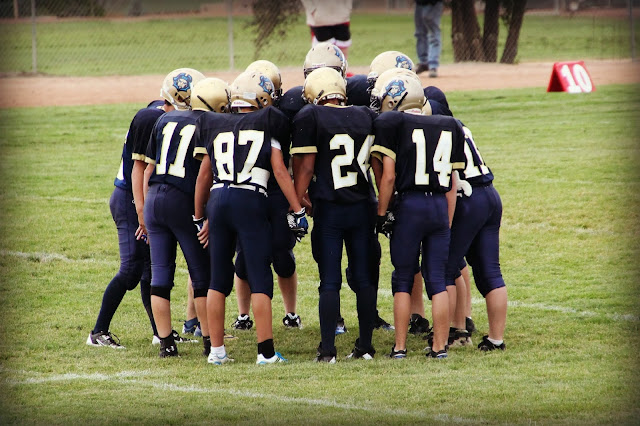 I got a chance to take pictures of four of my favorite boys in the world, and, the rainstorm that blanketed the area prior to the game was kind enough to blow over before the team was completely soaked.

It was a win for all of us, no matter how you look at it. 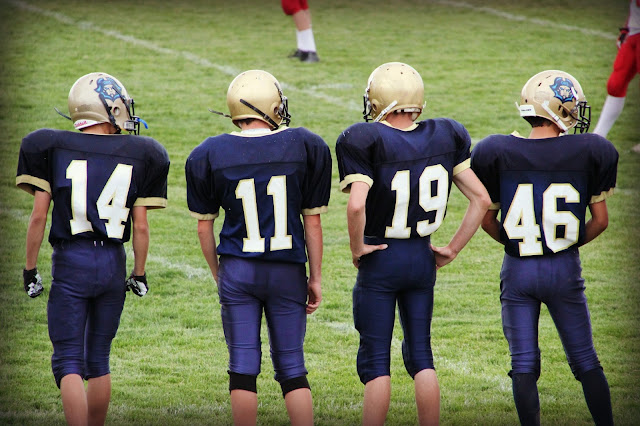 To be clear, though, the final score indicated more of a massacre than a win. 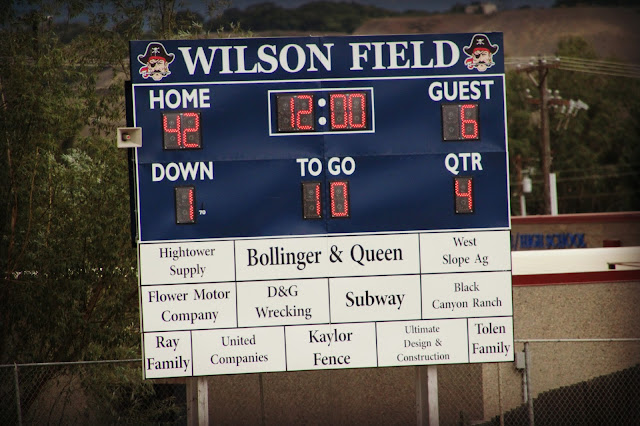 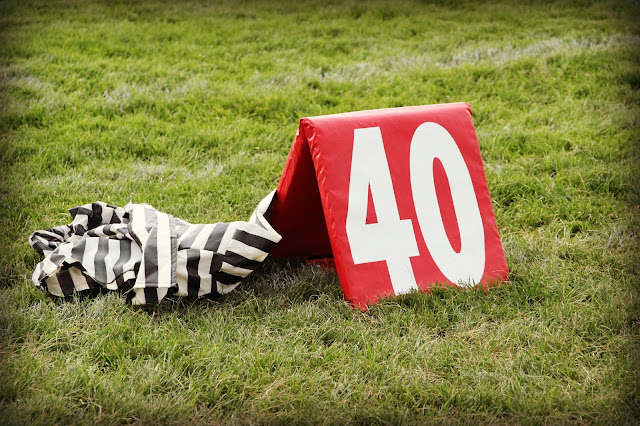