Go Jump in a Lake

Tonight is The Teenager's last night in her own bed. Are you at all surprised that I would rather be doing anything in the world other than thinking about that? Of course you aren't.

Hey, I know! Lets talk about the awesome day that we spent on the lake yesterday! Yeah, that's much better.

Hmm, let's see, so, we went to the lake with Chris and Jana after enjoying an awesome pancake breakfast at their house.

When we got to the lake, we discovered that the level had dropped since we were there on the 4th of July, in fact, it had dropped enough to allow the children to play in the dam spillway and for us to jump from the rocks that The Teenager is so fond of jumping from. These things made The Teenager very happy and it was hard to convince her that Mother Nature hadn't arranged for that turn of events totally in her honor.

The weather also cooperated, giving us sunshine and warmth and not a dark cloud in sight, which was a nice break from the monsoon rains that have soaked the area in recent weeks.

In fact, it was such a nice day, I'm having a hard time thinking that The Teenager was wrong about it being in her honor. But we can keep that between the two of us, deal? 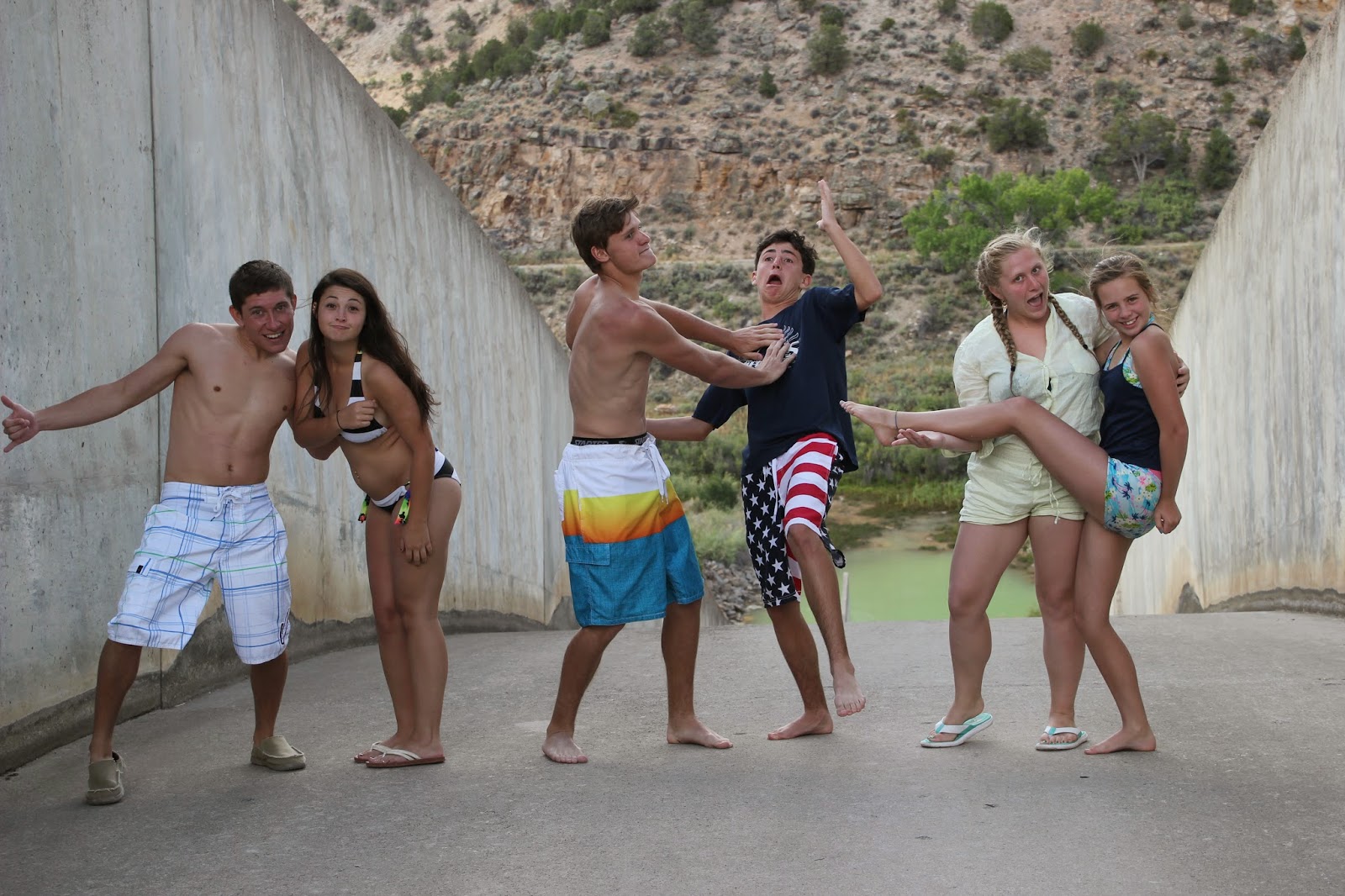 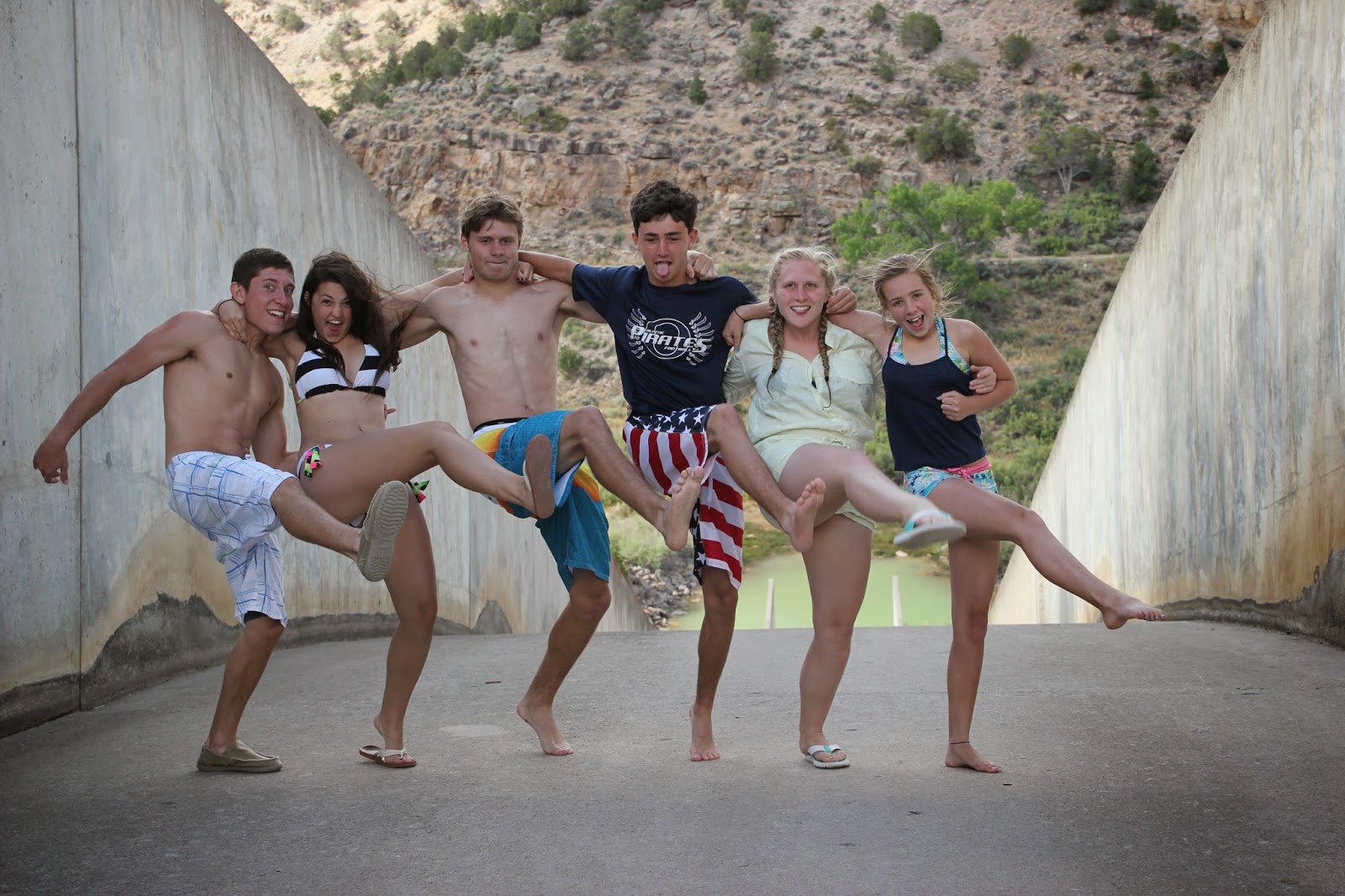 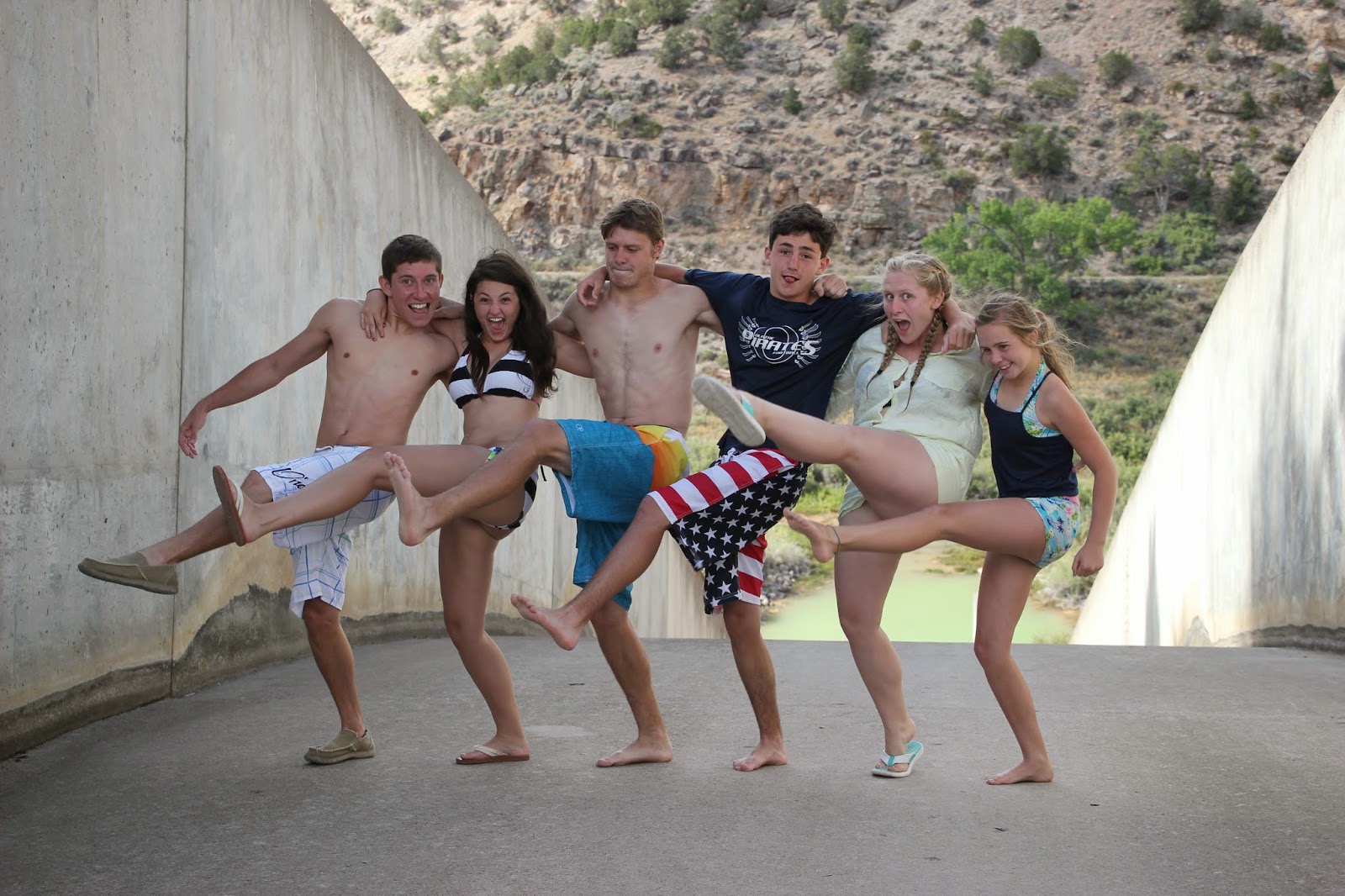 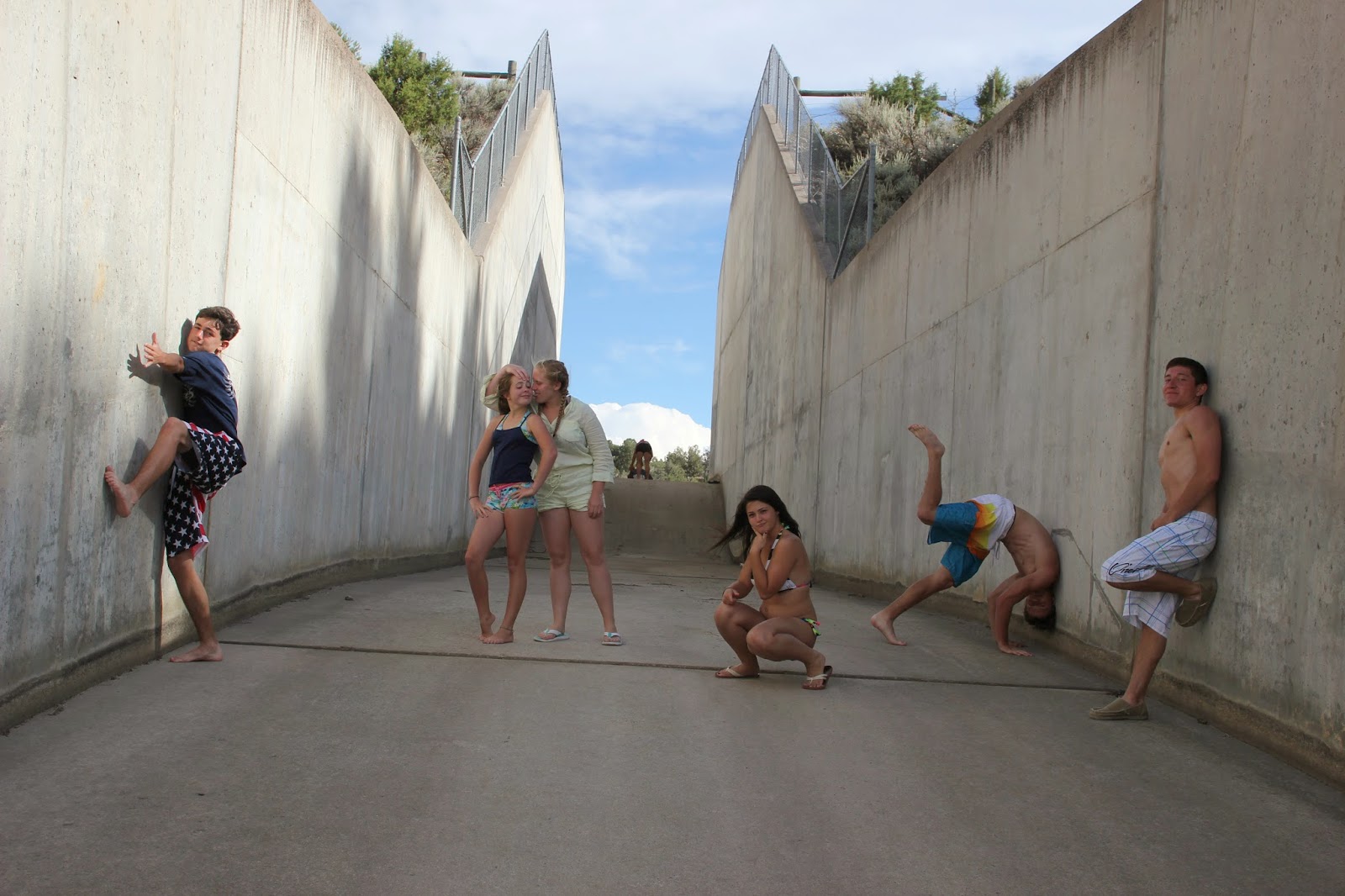 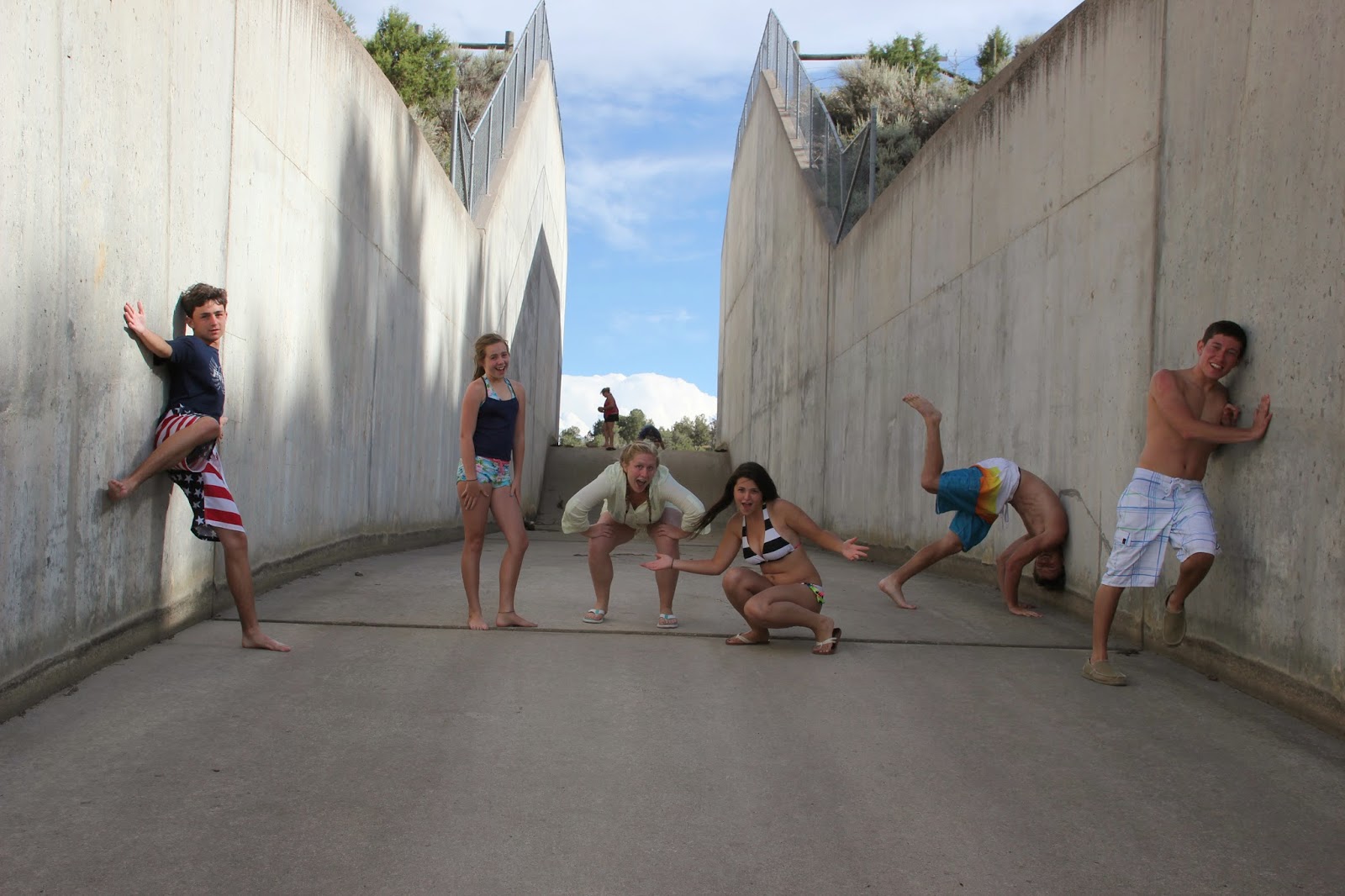 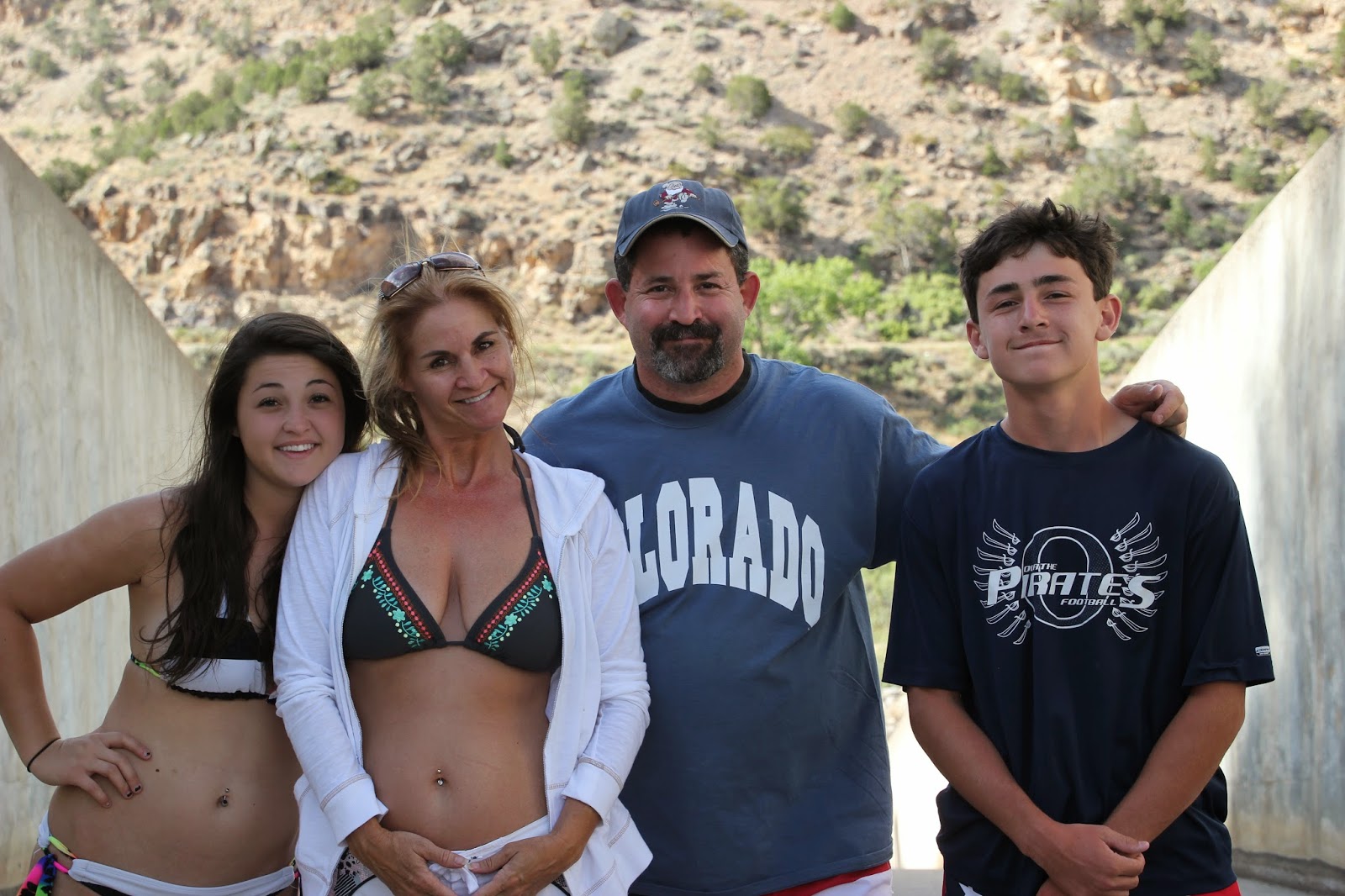 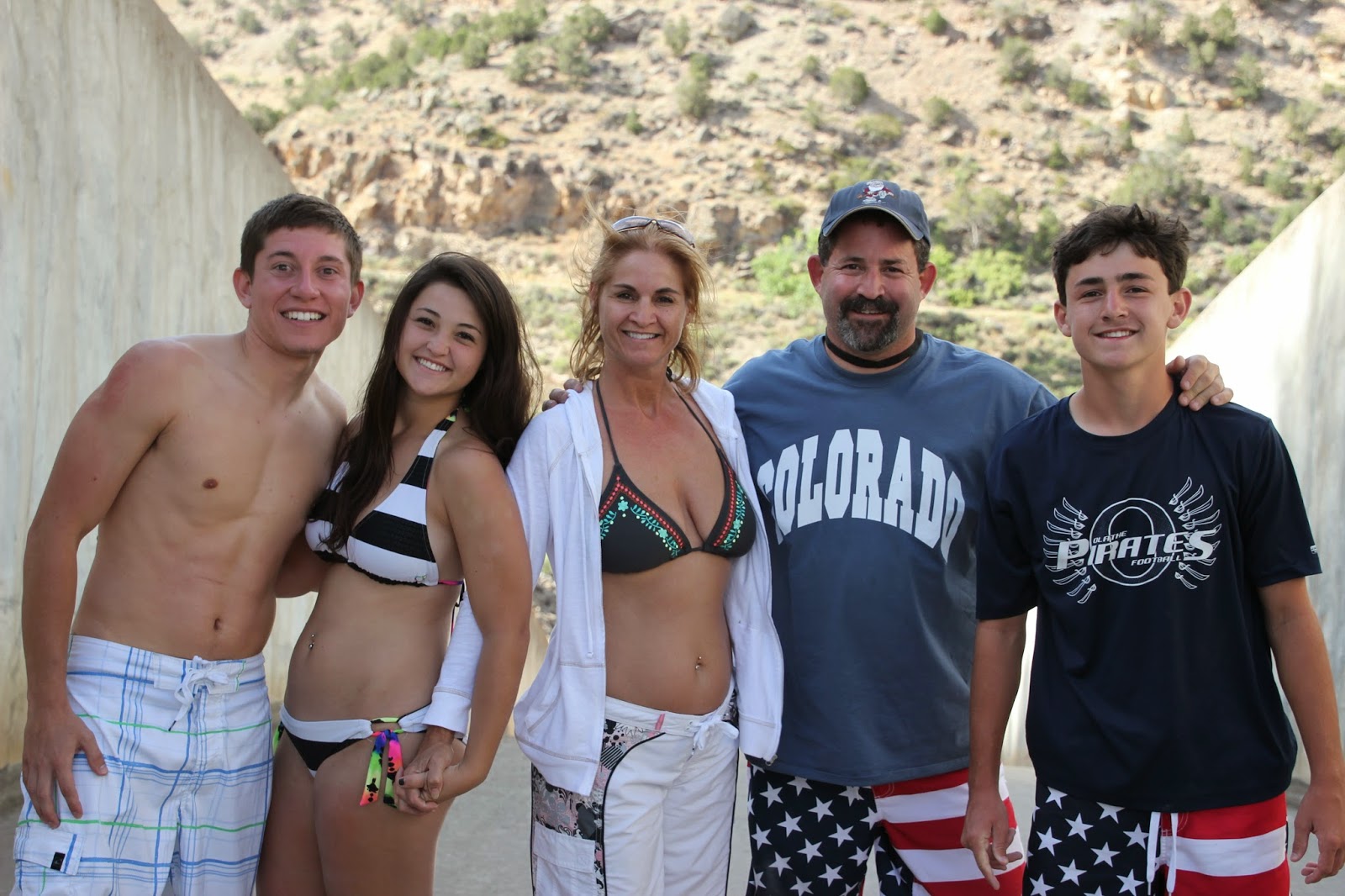 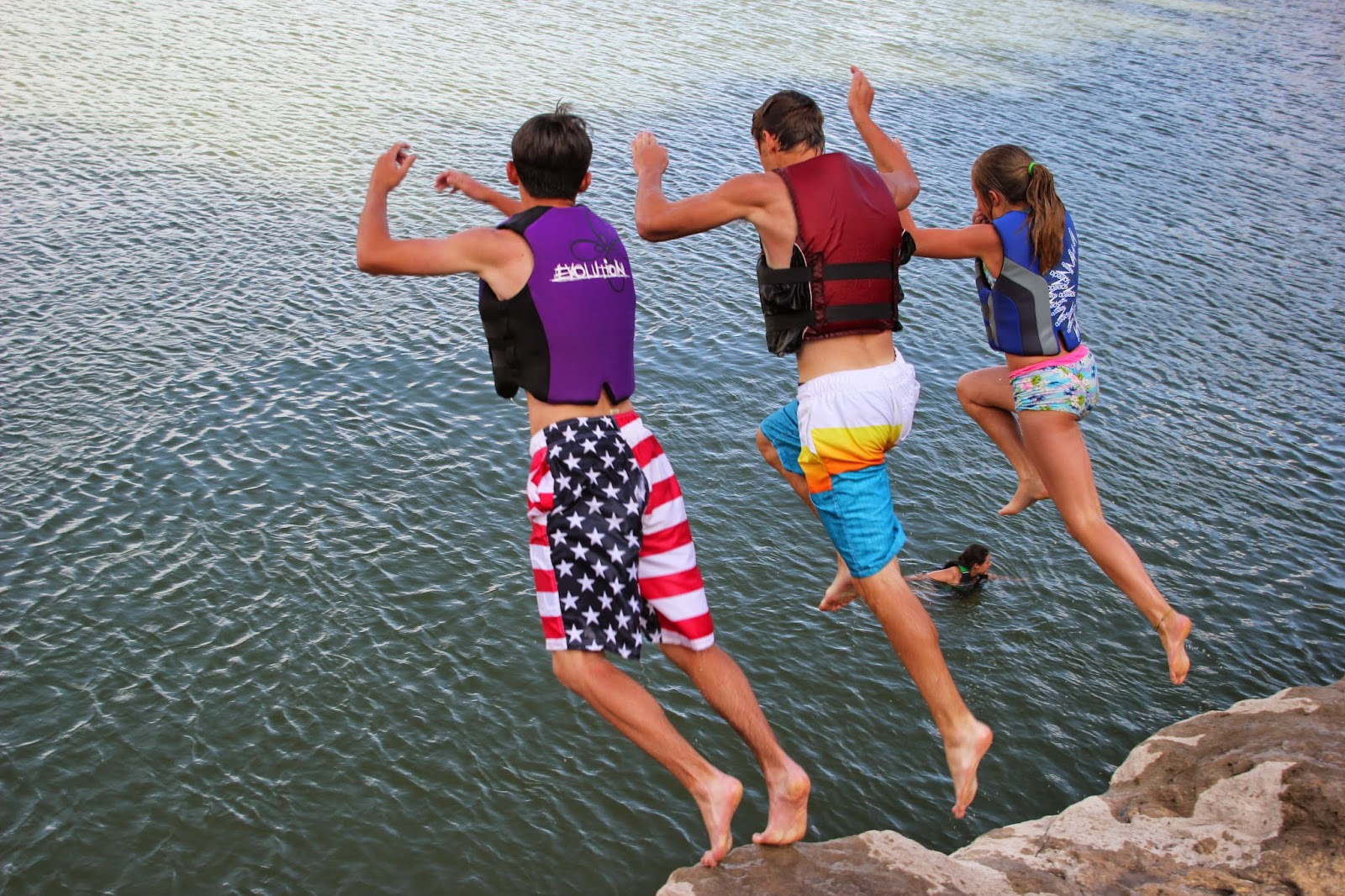 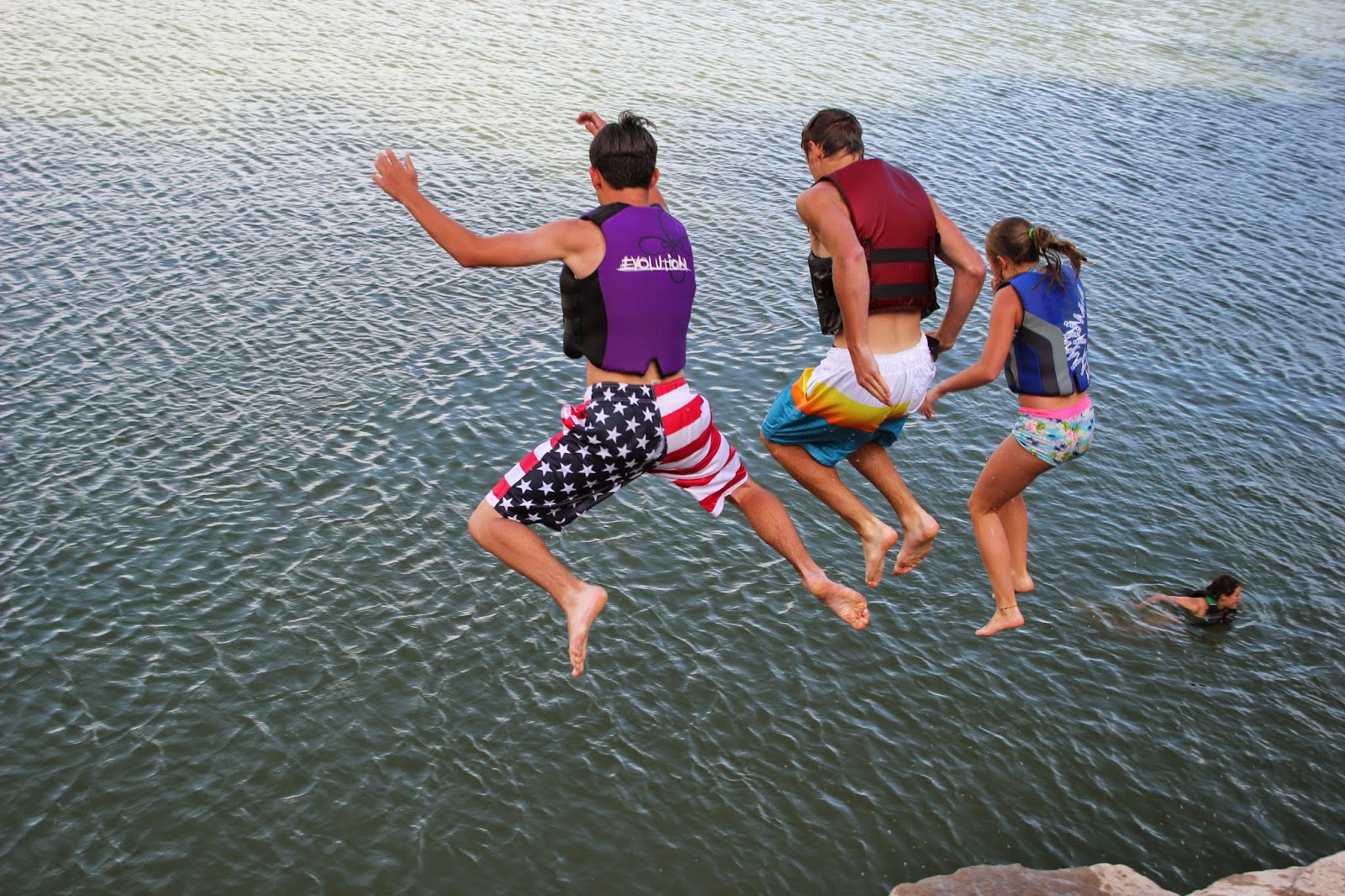 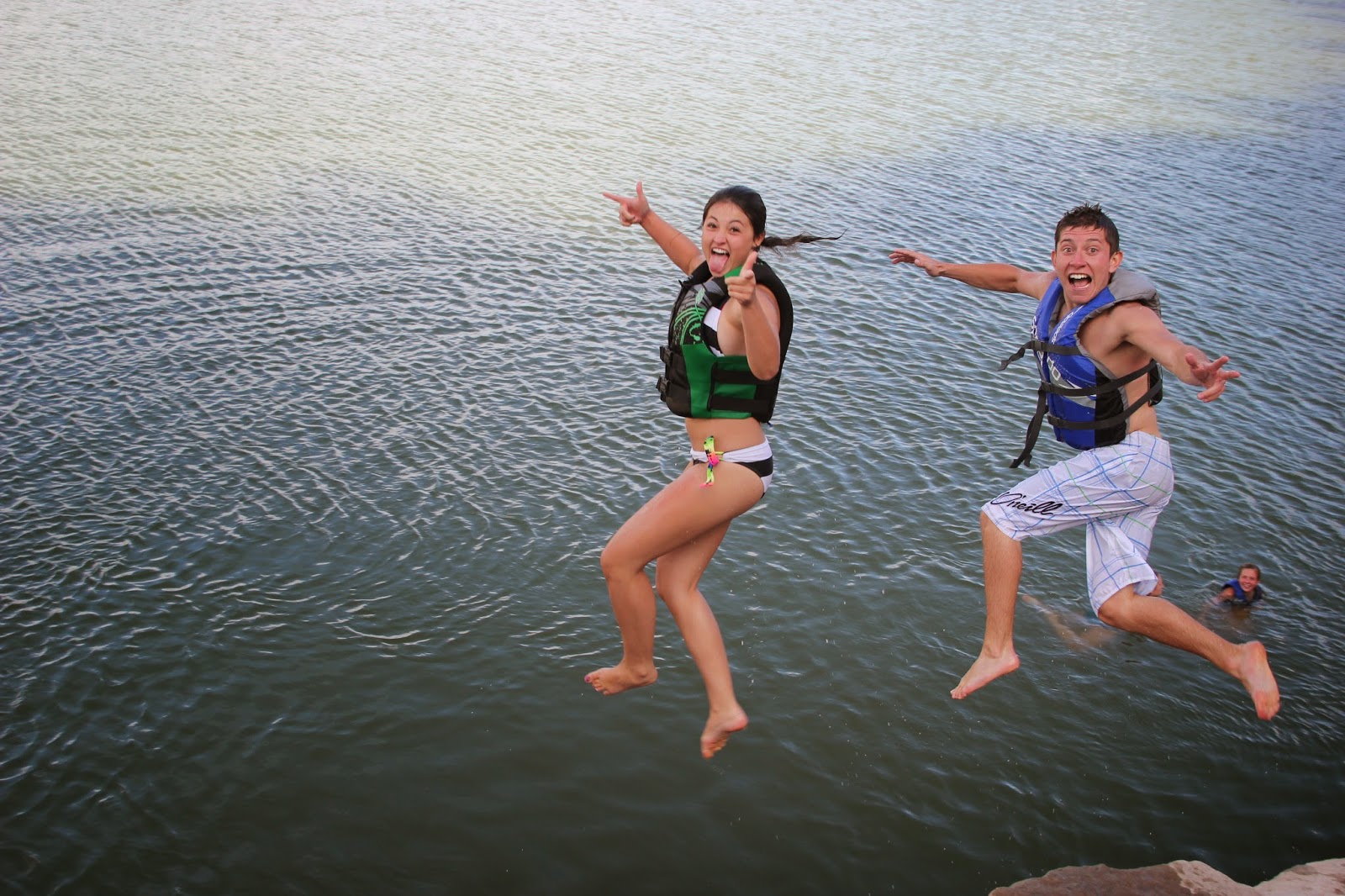 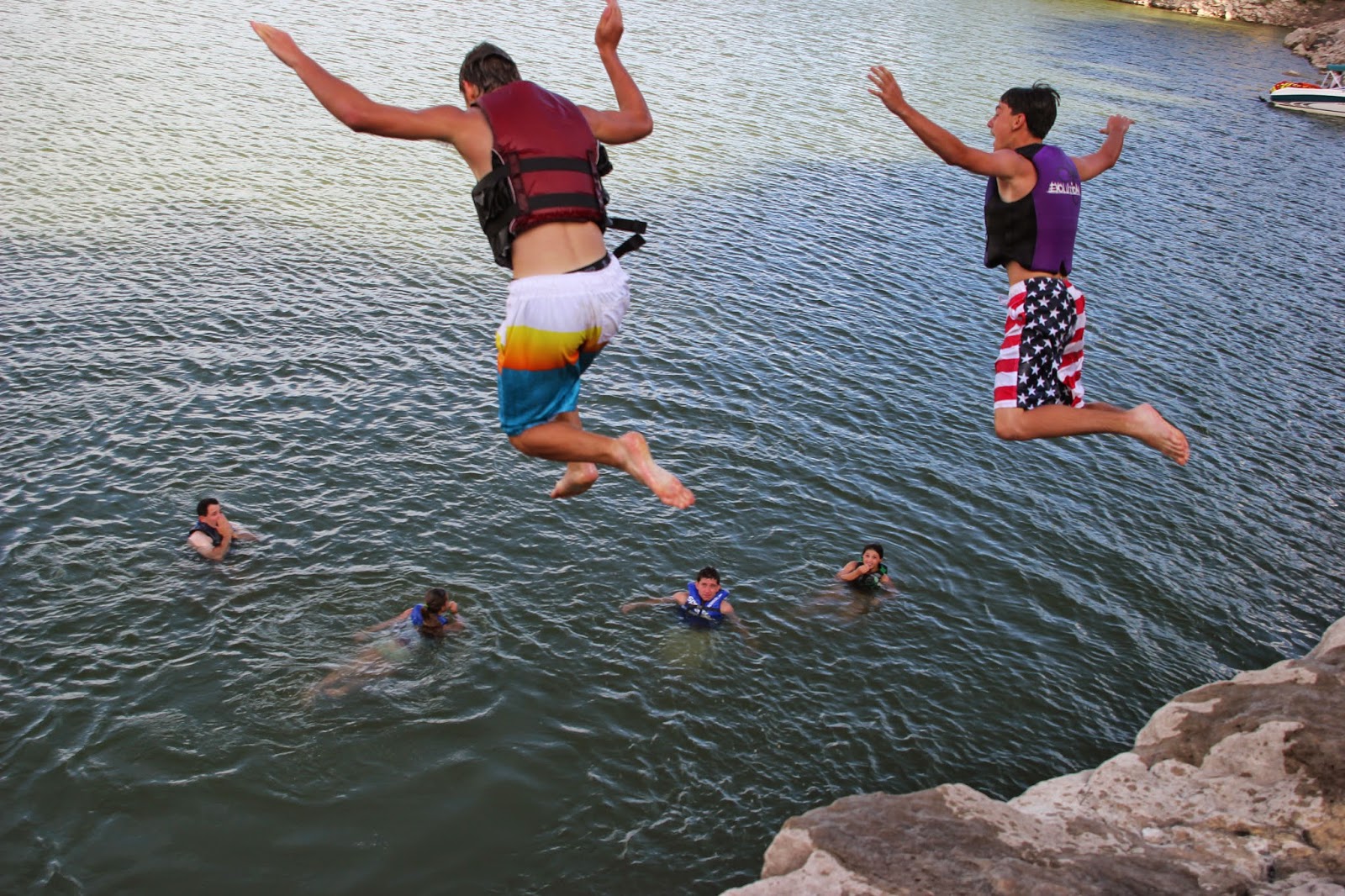 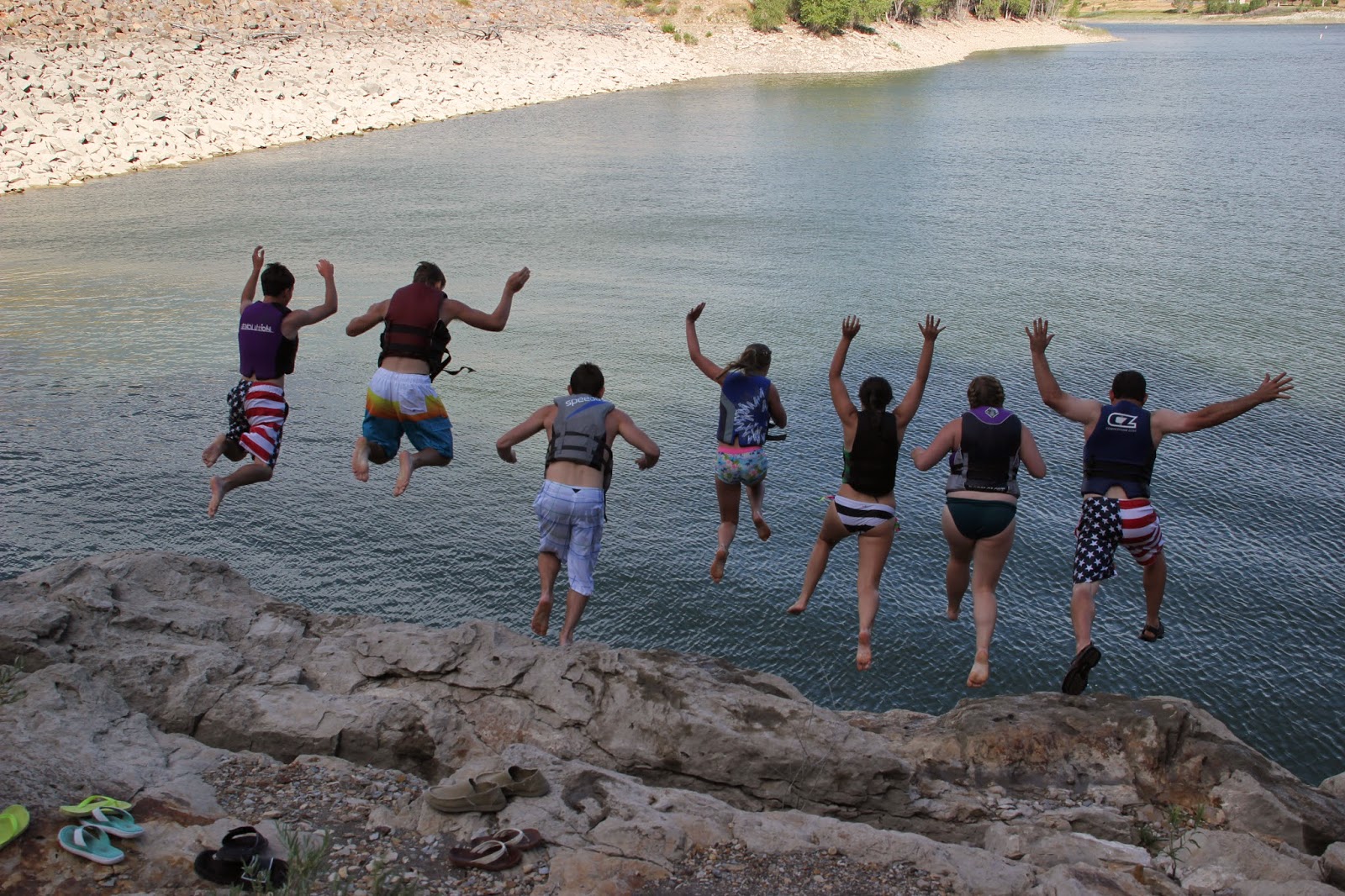 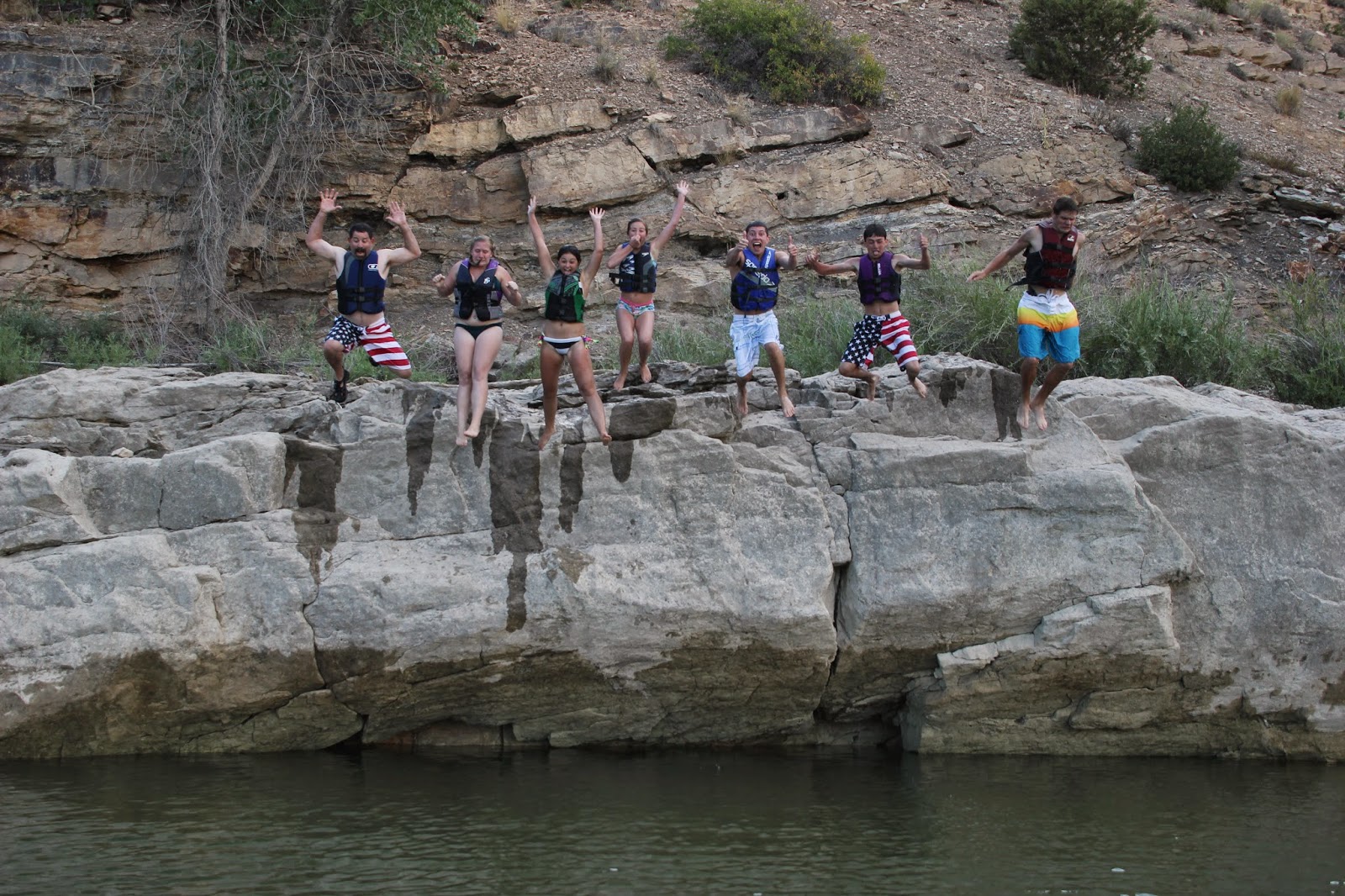 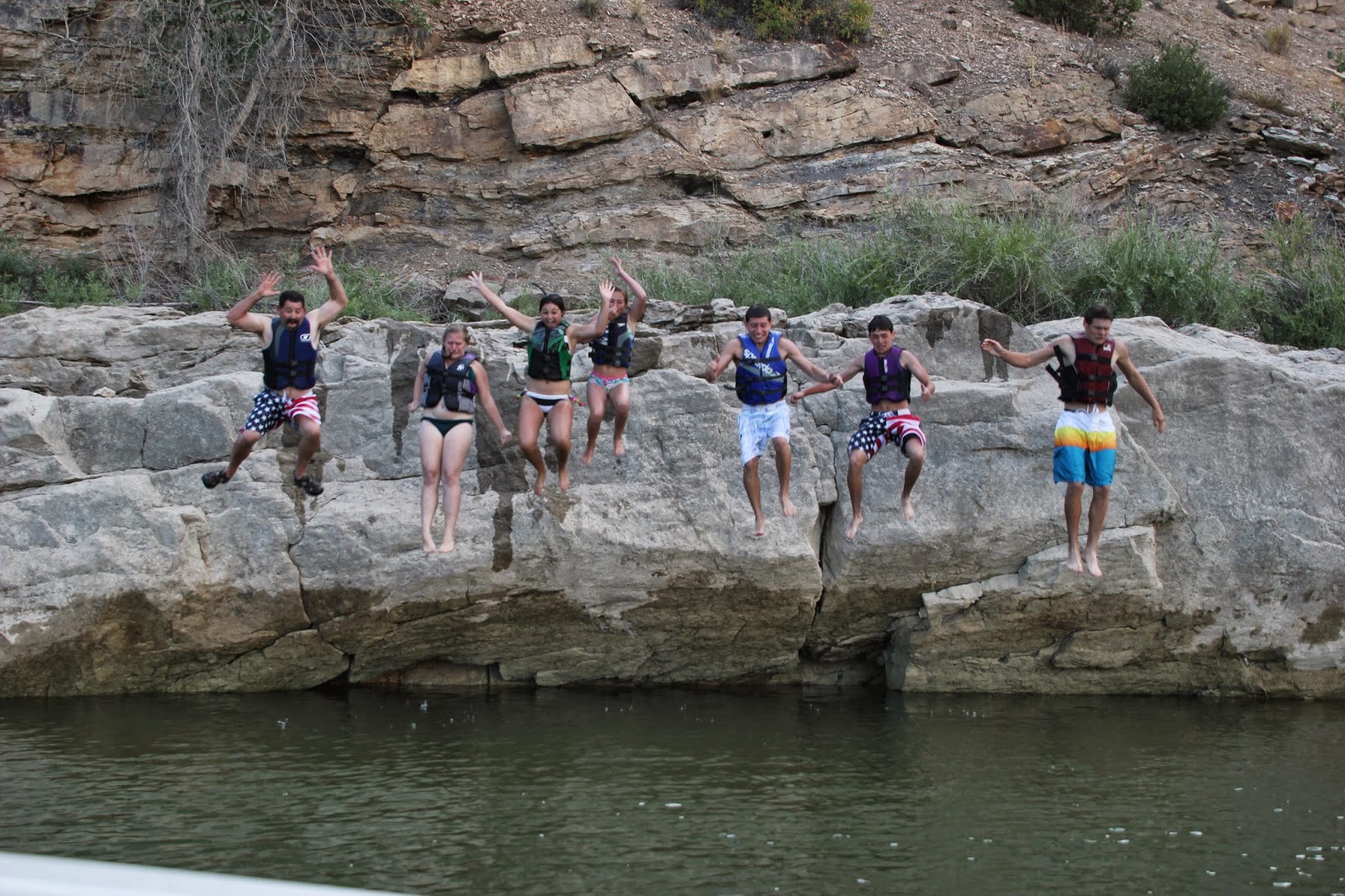 This gives the saying "go jump in a lake" a whole new meaning, and one with which The Teenager is happy to comply. So, she better plan on coming home quite often, because I'm sure there won't be a lake for her to jump into at college.

Or, you know, anything else that's fun to do.

(I know, I know, let me have my last moments of denial in peace, please)