Leaving The Teenager at college yesterday went as well as one might expect it to go. There was excitement. There were tears. We left a fabulously decorated dorm room and an anxious/super-excited teenager in our wake, which, is a post that will come just as soon as I am capable of adequately describing the experience.

That may be later today. Then again, it may not be, see above: there were tears.

Anyway, prior to leaving for the school, I put together the first-of what I am certain will be many-care packages for The Teenager. I wanted to leave something behind that she could open upon our departure, to remind her that we are still here for her and that we love her, despite abandoning her to party with her new friends live amongst strangers.

I had a lot of fun pulling together the items for the package; I wanted a mix of things that were both practical and enjoyable, and, I think I hit a very nice balance. Apparently, The Teenager thought so, too; Hugh and I weren't three hours down the road when she texted me to tell me how much she loved it.

As an aside, my daughter lacks patience. I have no idea where she got that. 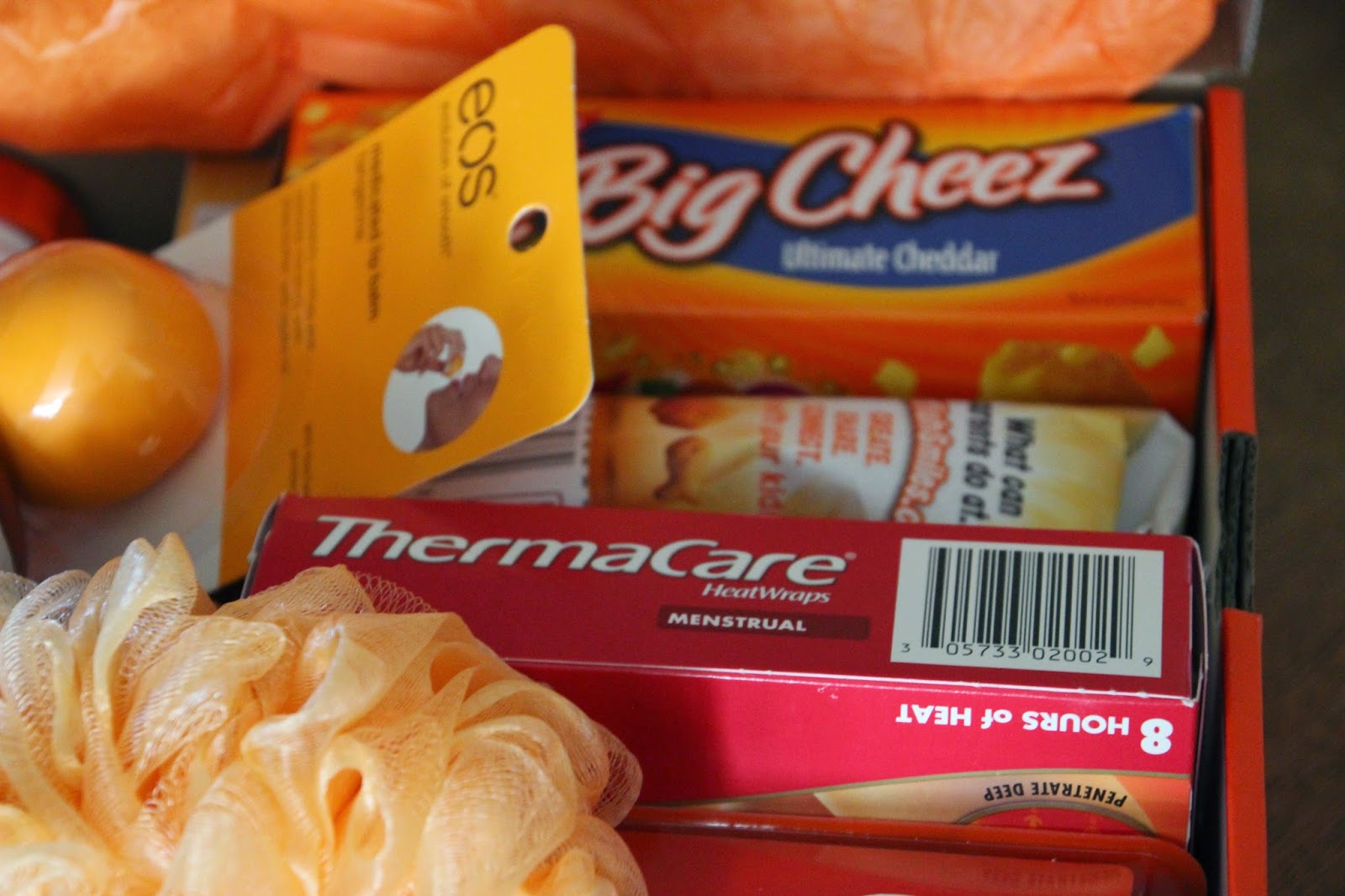 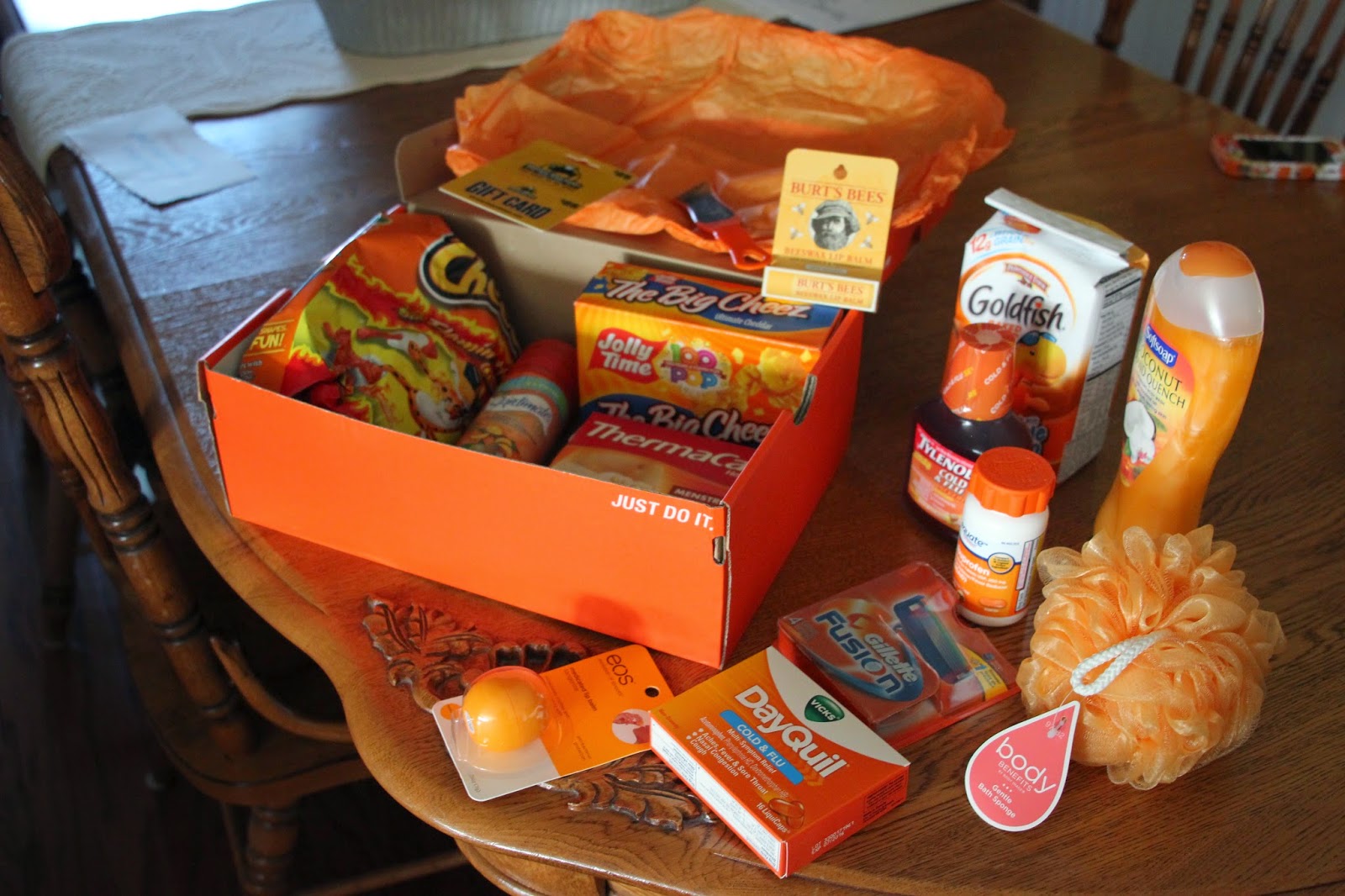 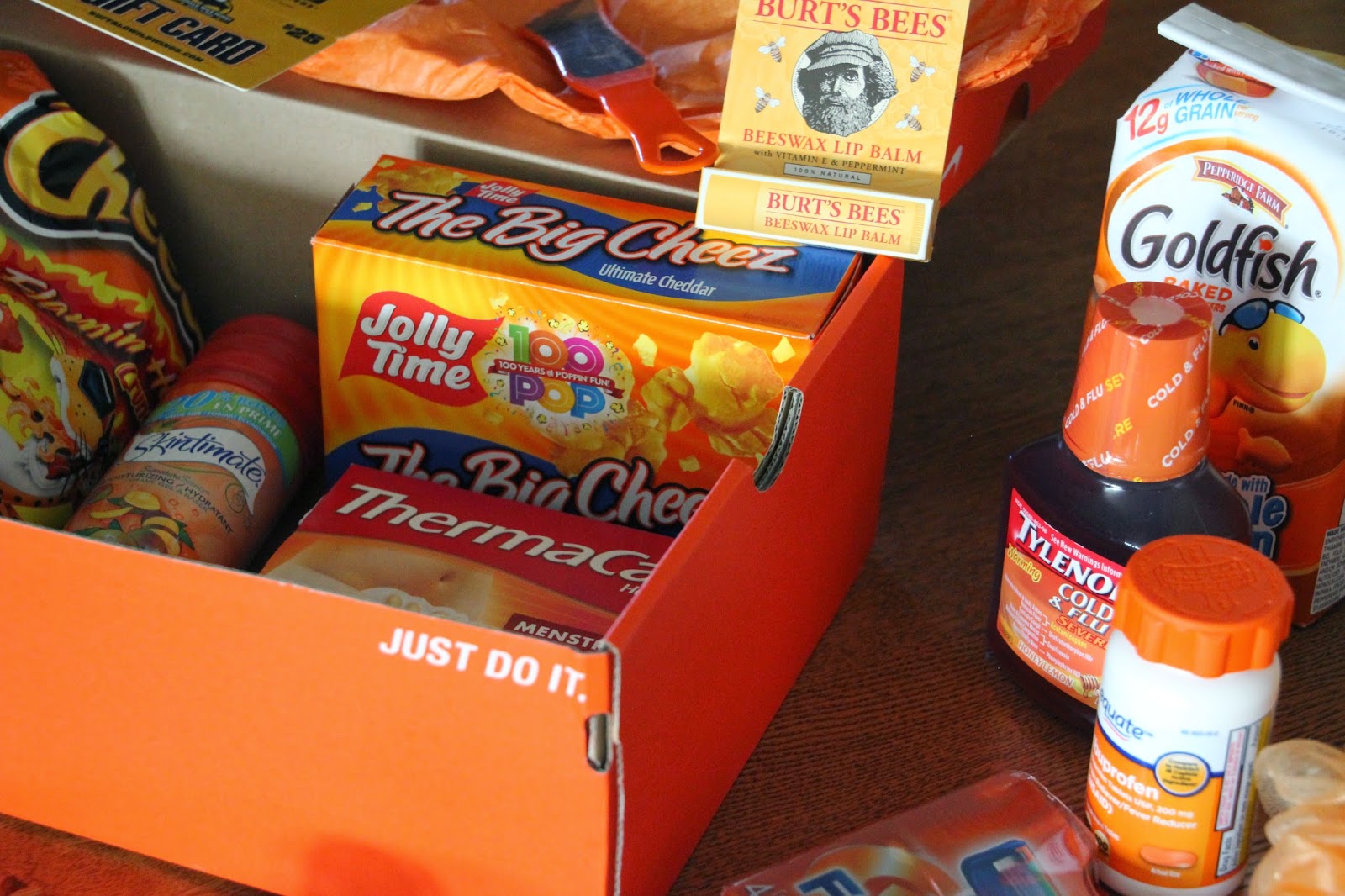 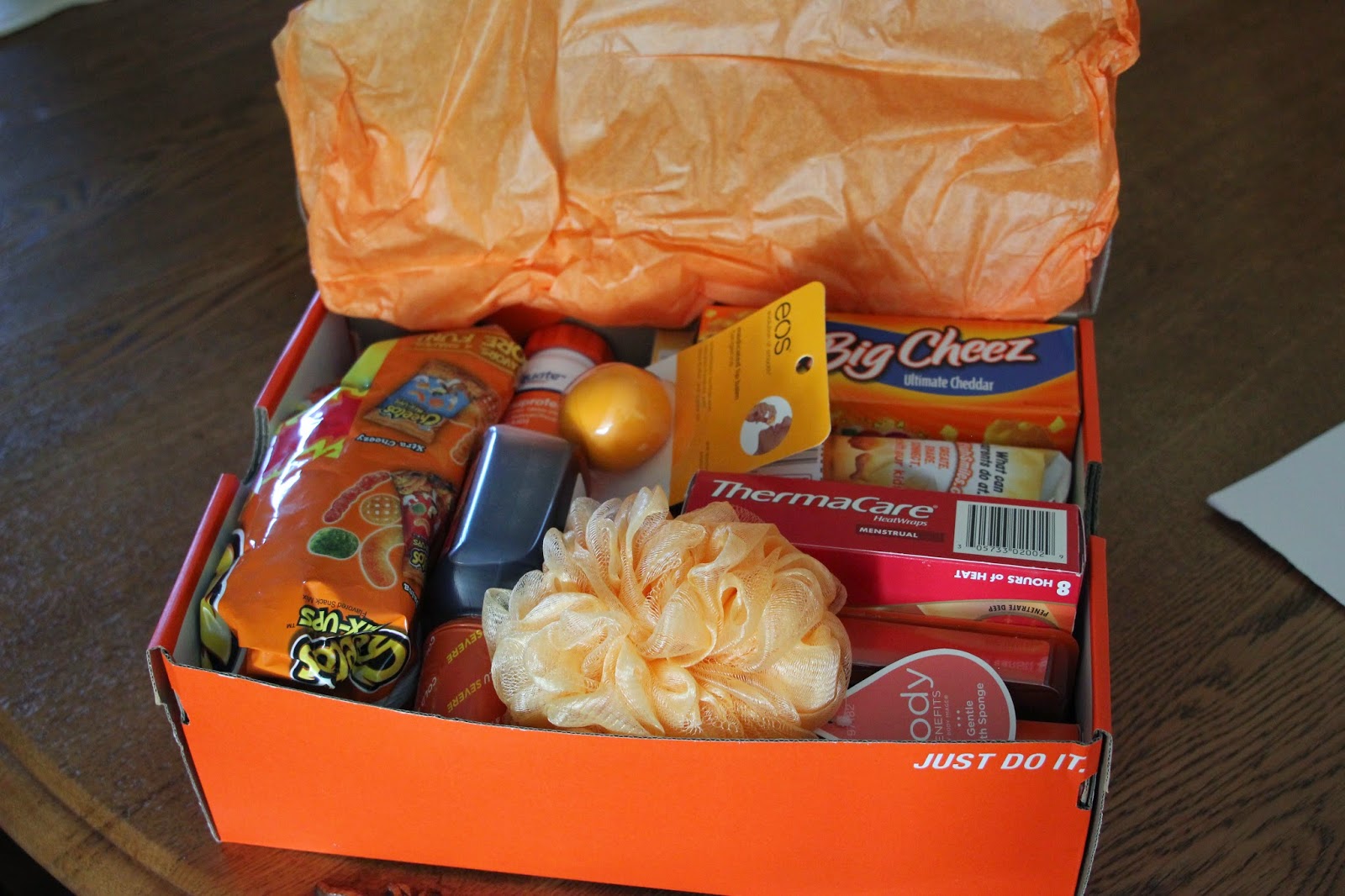 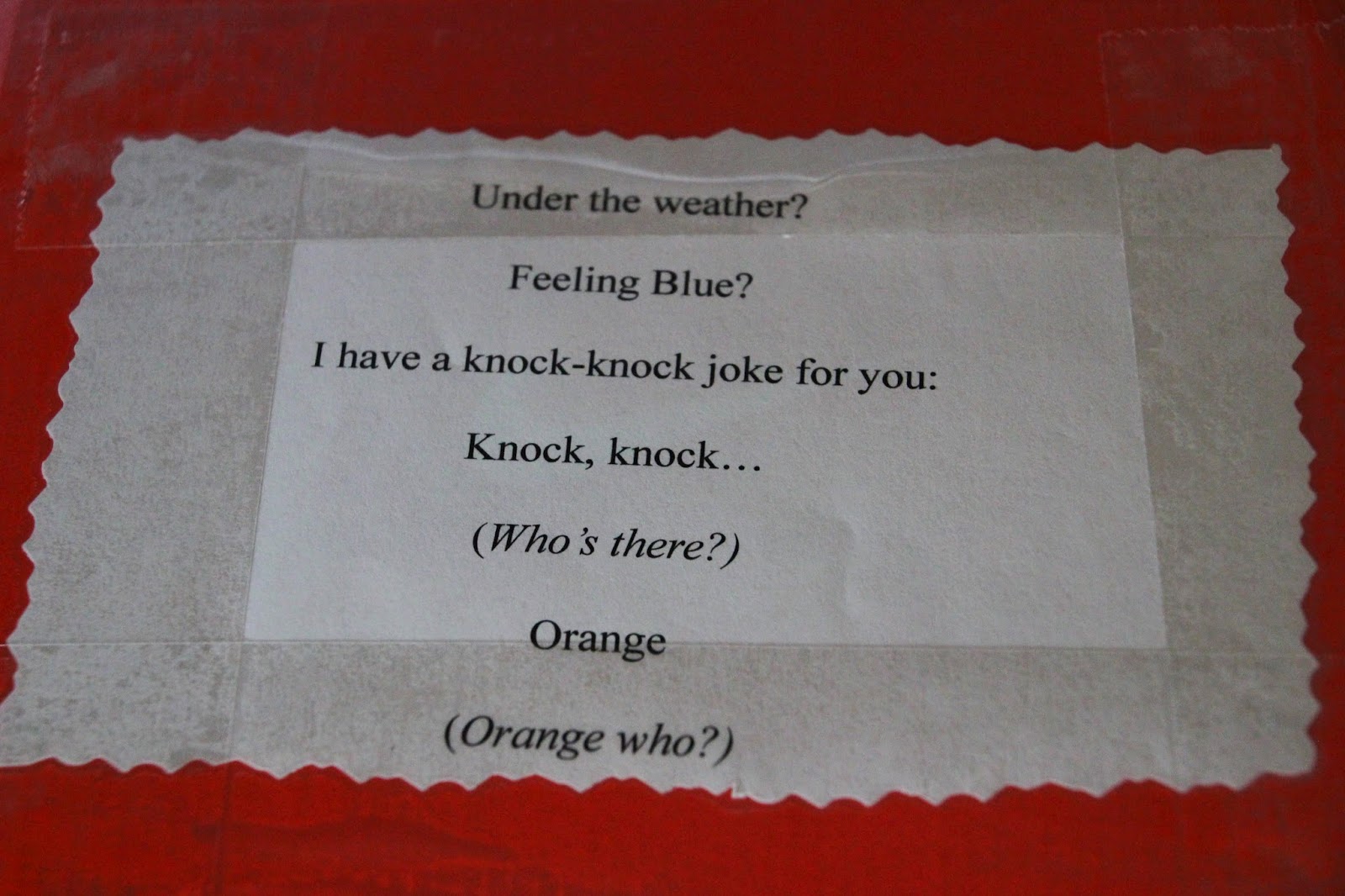 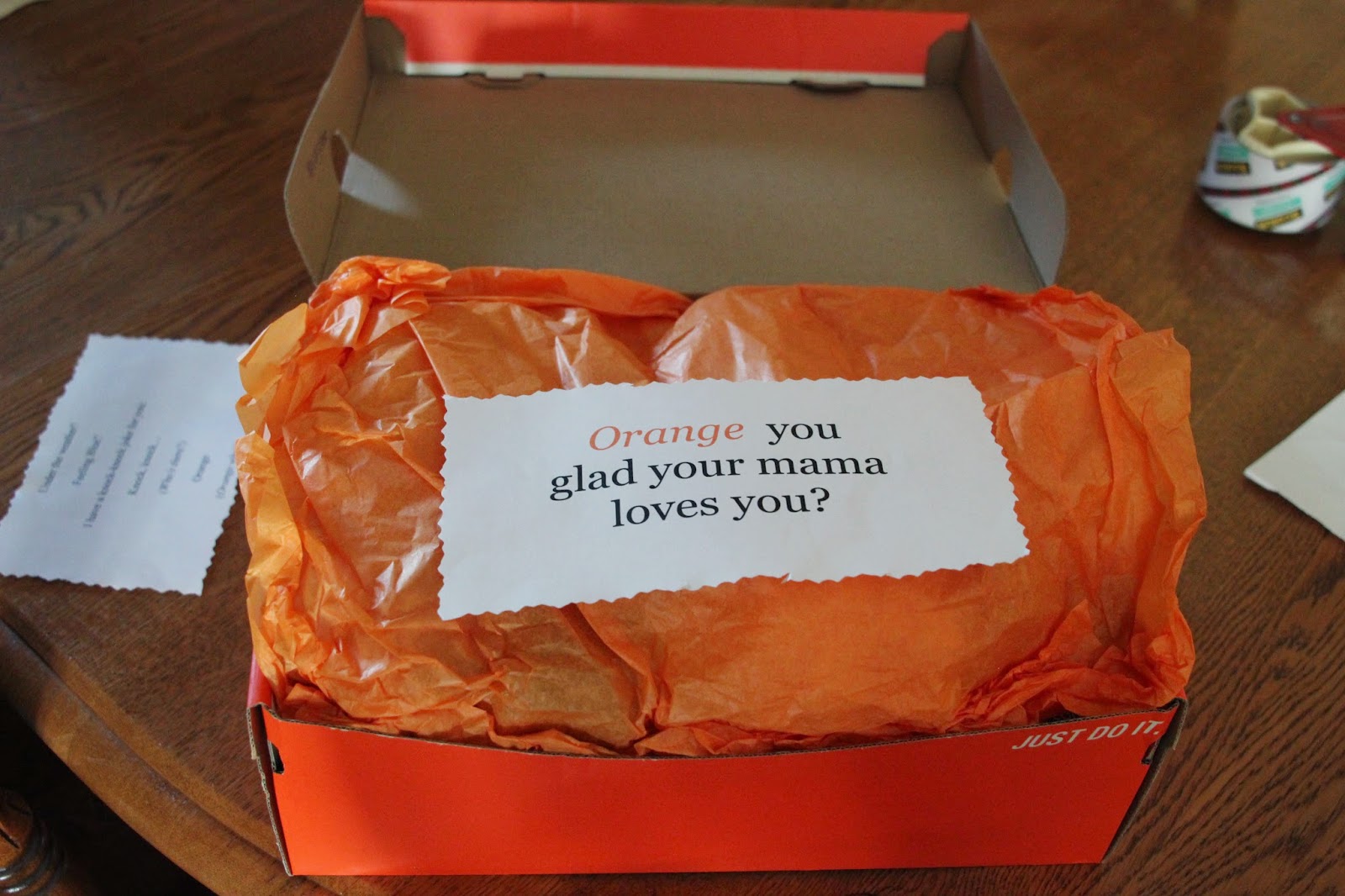 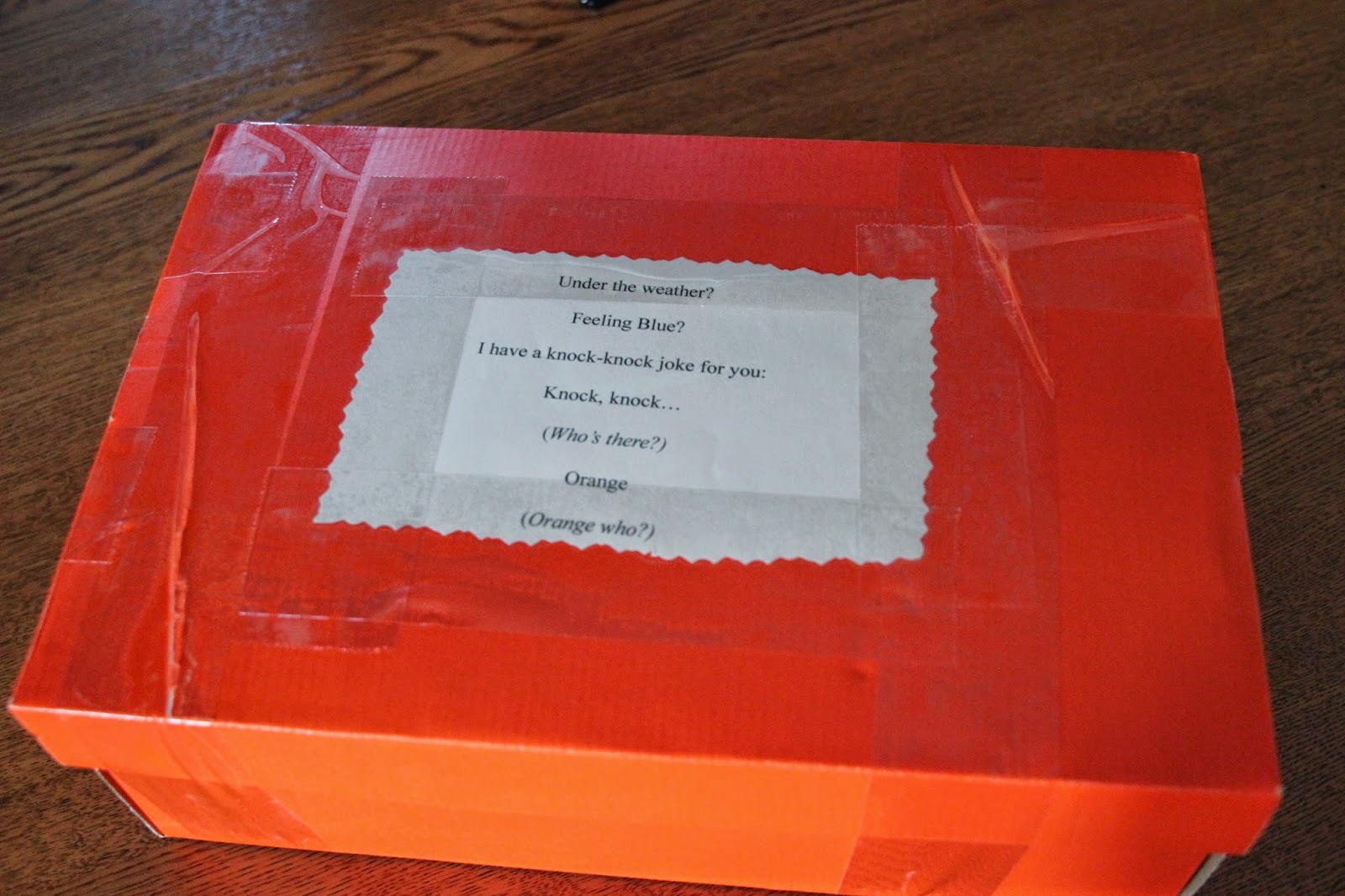 Contents of the package:

Working with a general theme, in this case, the color of the box and items, was a lot of fun and presented somewhat of a challenge. I will probably try to build The Teenager's packages on a theme whenever possible going forward. It makes it fun for both of us. Not as much fun as I'm sure she is already having at school, but, at this point, I'll take what I can get.
-
Posted by Chelle at 9:37 AM