Let This Be a Lesson to You

Yesterday, The Teenager and I went shopping for her school supplies. This year, "school supplies" consist of a few notebooks, a bundle of pencils, and some black pens, as well as a number of items never before seen on her supply list, including: coffee filters, coffee, ramen noodles, individual bags of chips, laundry detergent, fabric softener, shampoo, tampons, and a value-sized bag of Jolly Ranchers.

The Man-Cub can only wish his school supply list included Jolly Ranchers.

But, I am digressing from the point of my story, which, actually has nothing to do with what The Teenager bought as much as it has to do with the fact that those items came home in plastic bags.

I know; I am all over the place with this, but, bear with me.

Anywaaaaay, The Teenager and I went shopping for a bunch of cray-cray items for her dorm room.

Then, The Teenager brought home the supplies and, while she was organizing the items for transport to college, Finnigan somehow got his head stuck in one of the empty plastic grocery bags.

Having a bag over his head startled the cat (as it would) and he took off at a dead run, banging into furniture and scrambling desperately to find purchase on the wooden floors, which, is how he managed to completely tear three of his claws before The Teenager could catch him to intervene.

Of course, we didn't know that he had injured his paws until later in the evening, at which point he required first aid intervention to trim the ragged ends of the broken claws and a stiff dose of Jack Daniels to numb the pain (actually, that was Hugh). It was gnarly, and not in a good way.

He's fine, now, but, I think we can all agree that the moral of the story is: Don't send your teenaged daughter to college because your cat will suffer the consequences.

What? That's not the lesson you garnered from this story? 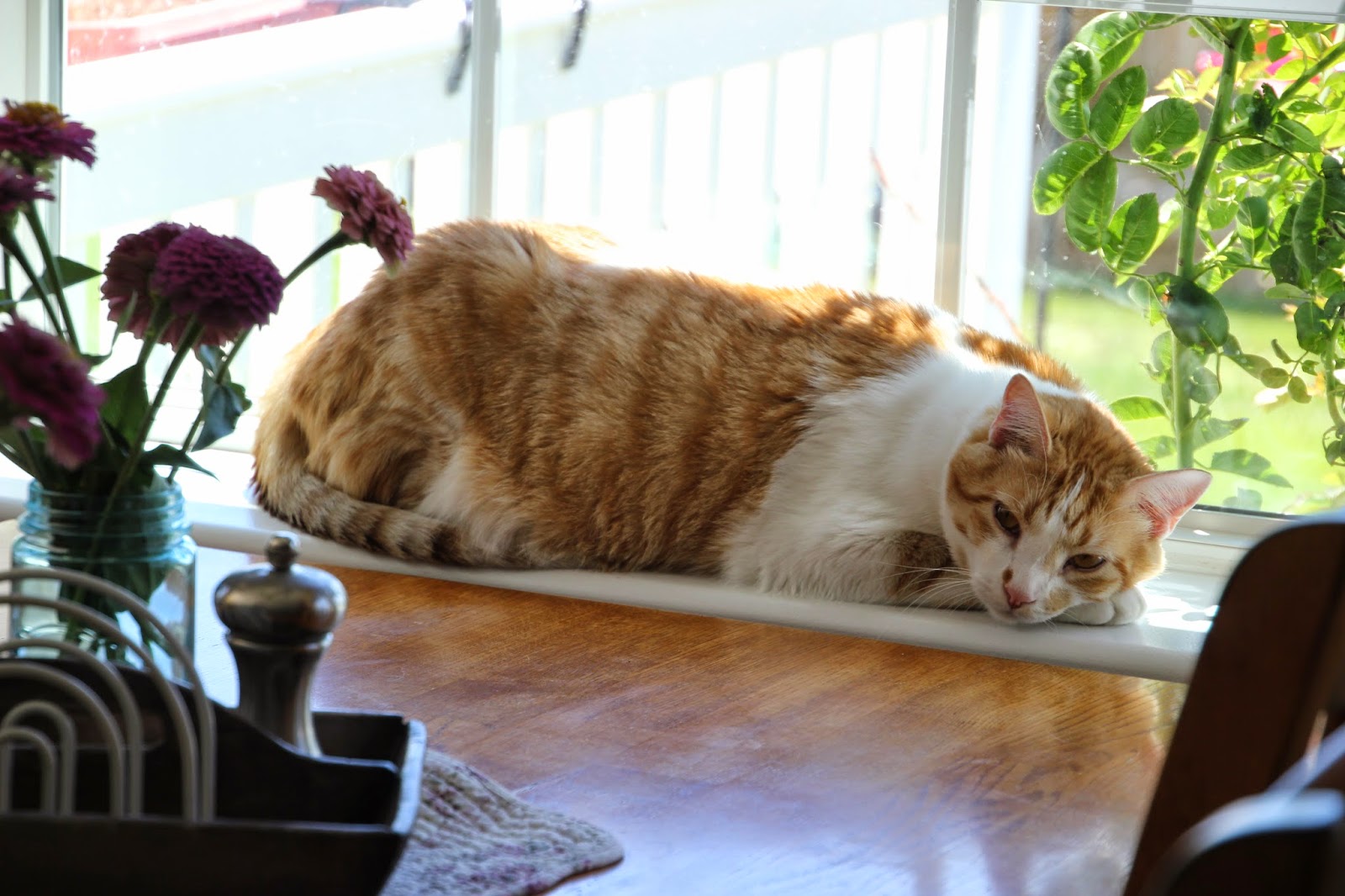 I'm just going to lay here and recover from the near-death experience that I had earlier. Oh, and The Teenager is moving out in, like, sixteen days...I'm sure that's far more traumatic than almost suffocating in a plastic bag...just saying.
Posted by Chelle at 8:36 PM