The junior varsity football game this morning was a nail-biter, ending in a 14-14 tie when our boys evened up the score in the last 32 seconds of the game. To say the crowd was on the edge of it's seat would be an understatement; the team we were playing is well known for beating us, usually pretty handily. So, to end in a tie, in such a dramatic fashion, was quite the bit of excitement.

The Man-Cub played pretty much the entire game since he plays on both offense and defense (defensive safety and receiver on offense), and he prevented touchdowns on two plays, with tackles that were quite impressive.

As usual, The Fearsome Foursome provided a wealth of team spirit, and, it felt really good to see them on the field together again.

The schedule for this season is long and full. The Foursome will be playing (or at least dressing out) for all varsity, JV, and Freshman games, so I will have ample time to enjoy their antics. And, I can't think of anything I would rather do. 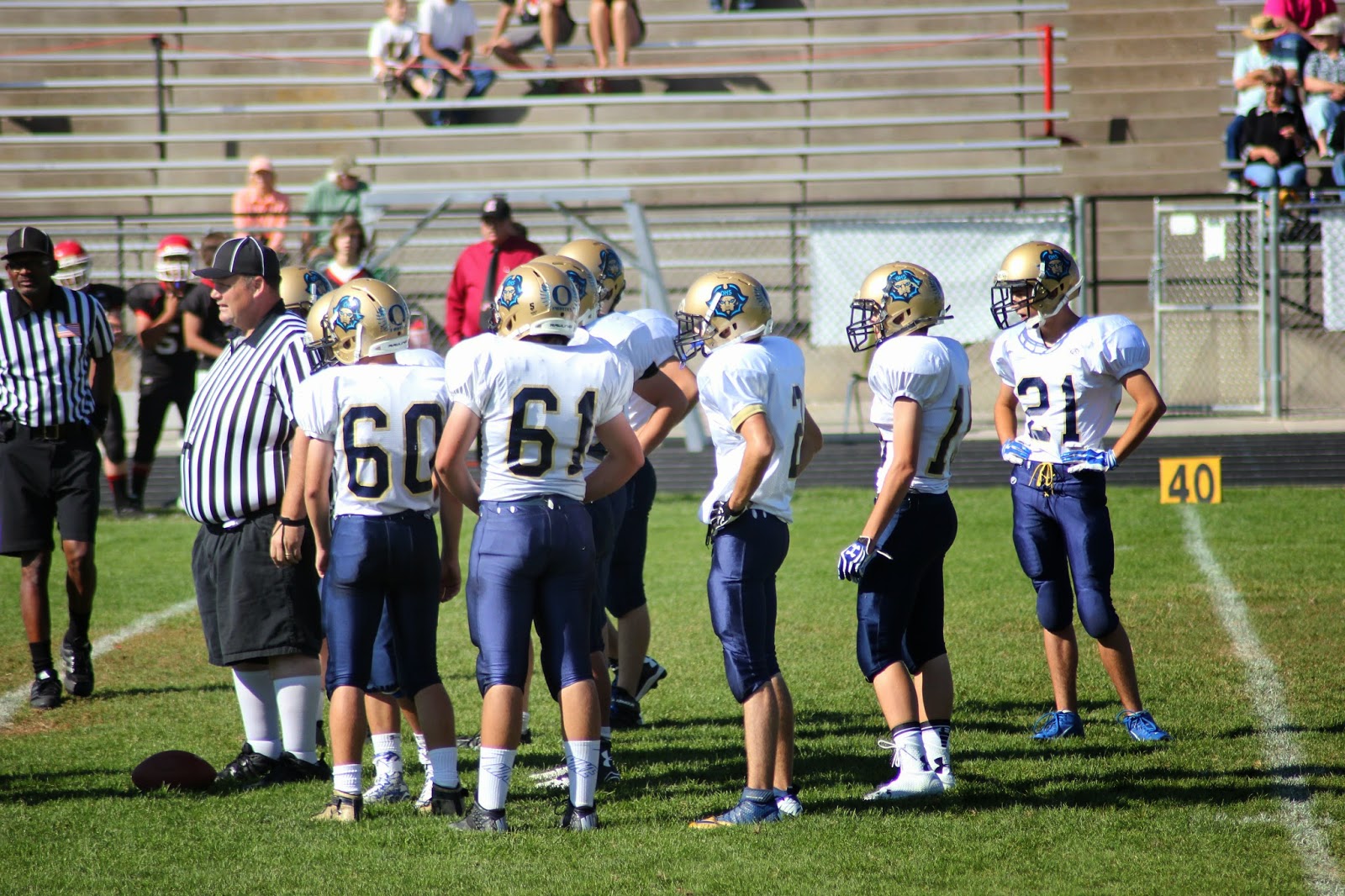 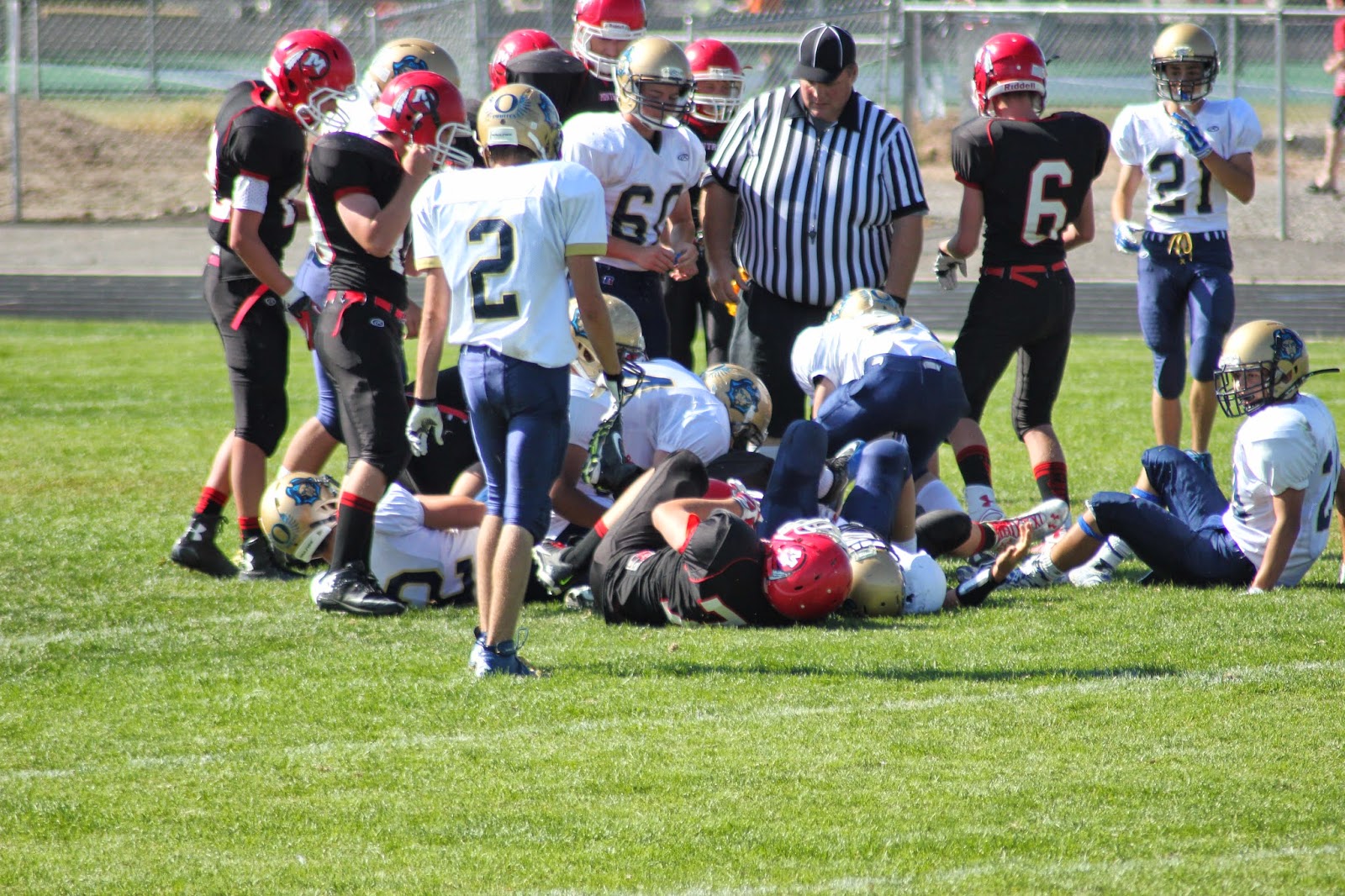 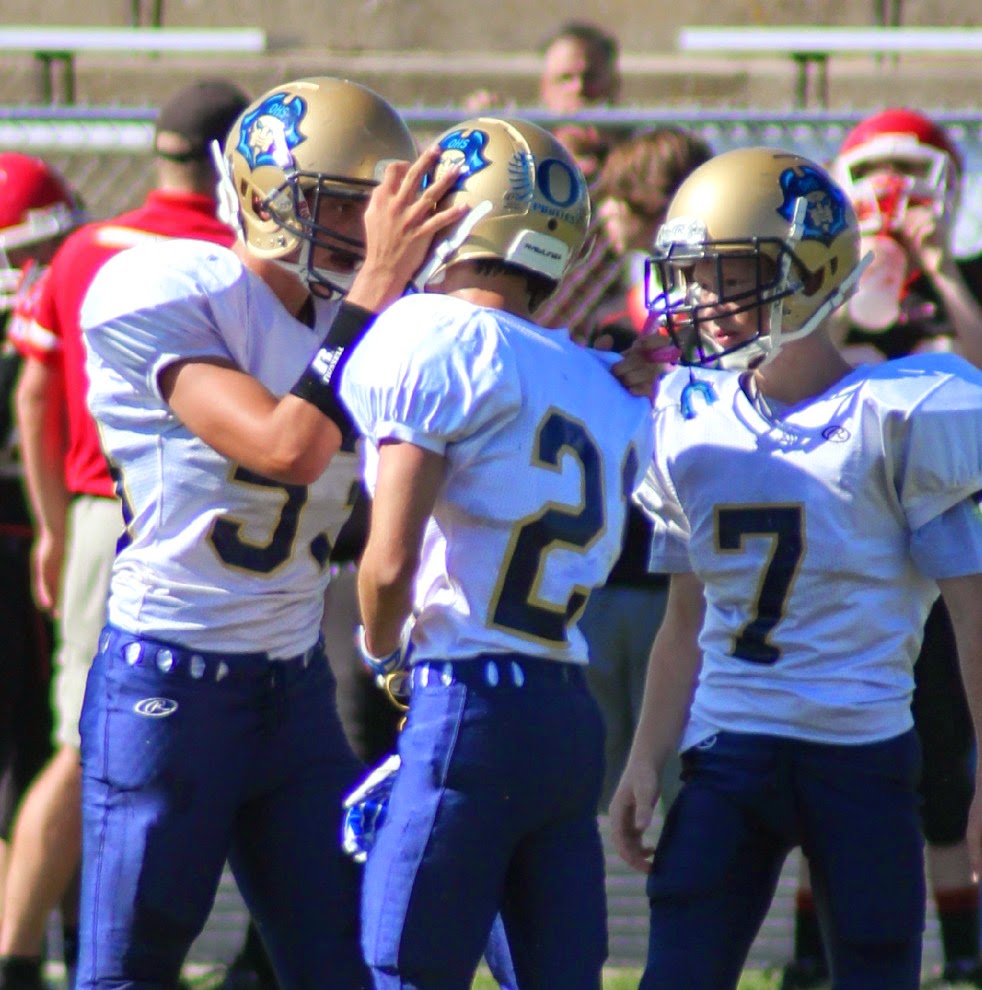 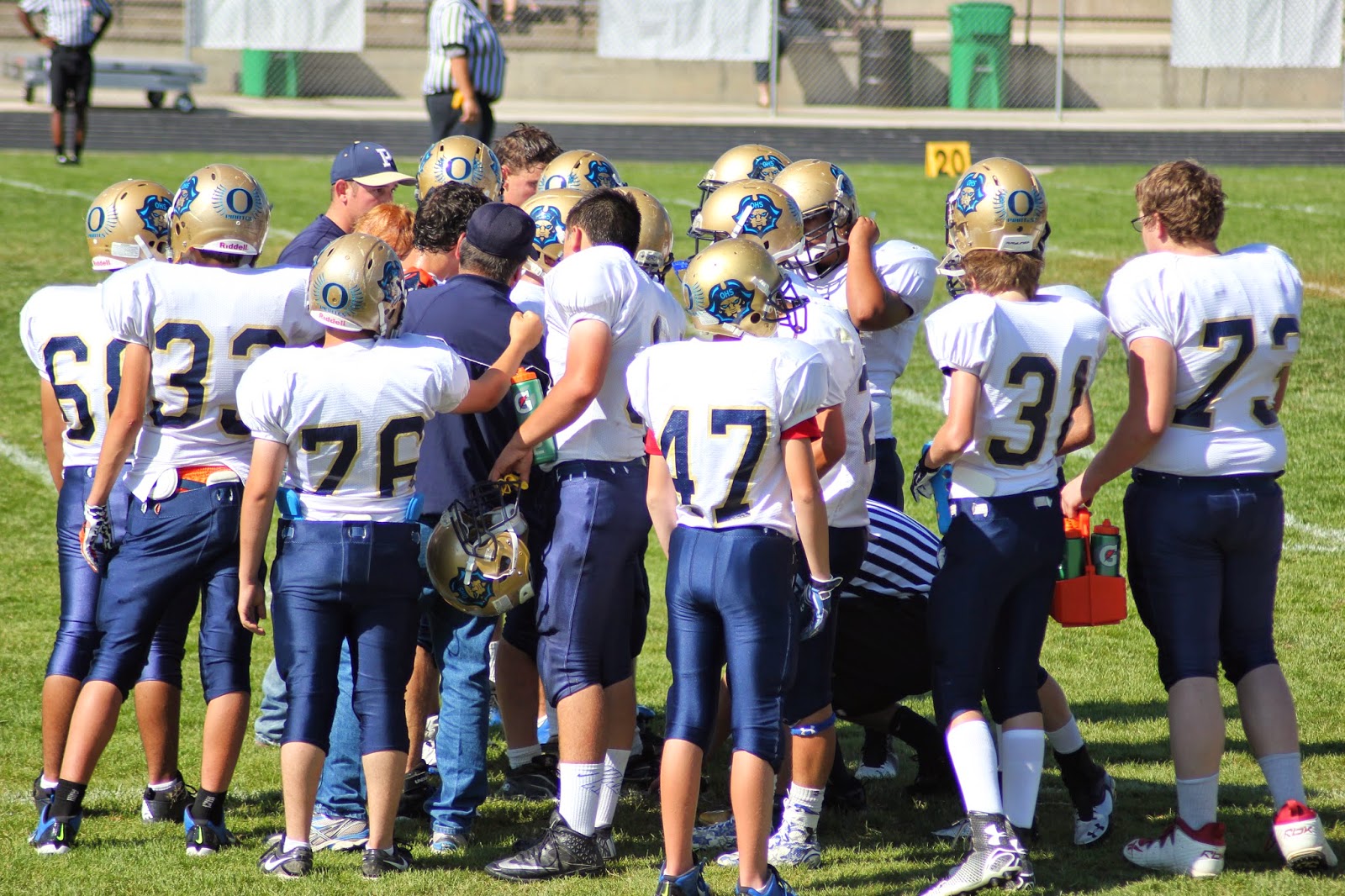 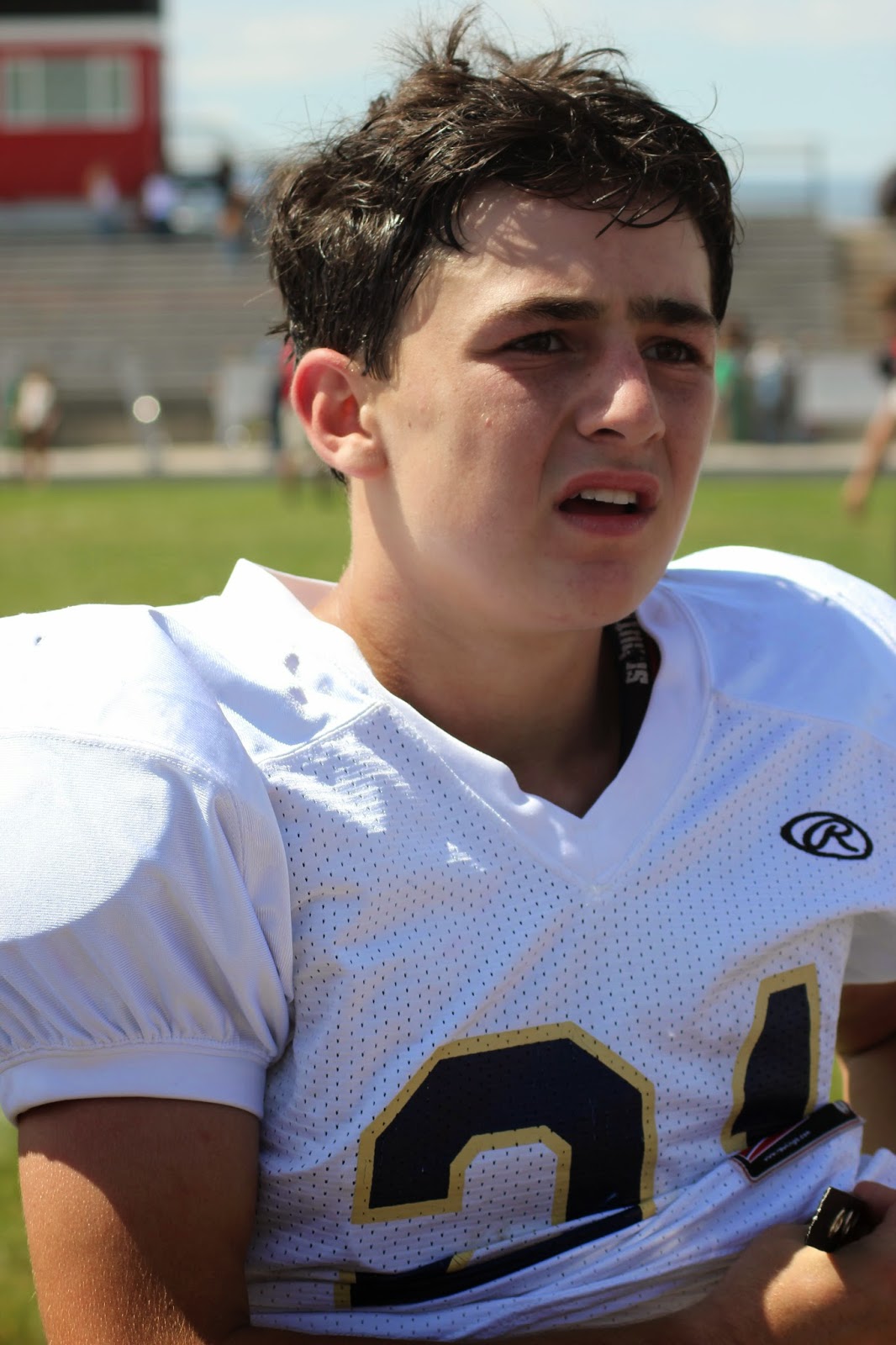 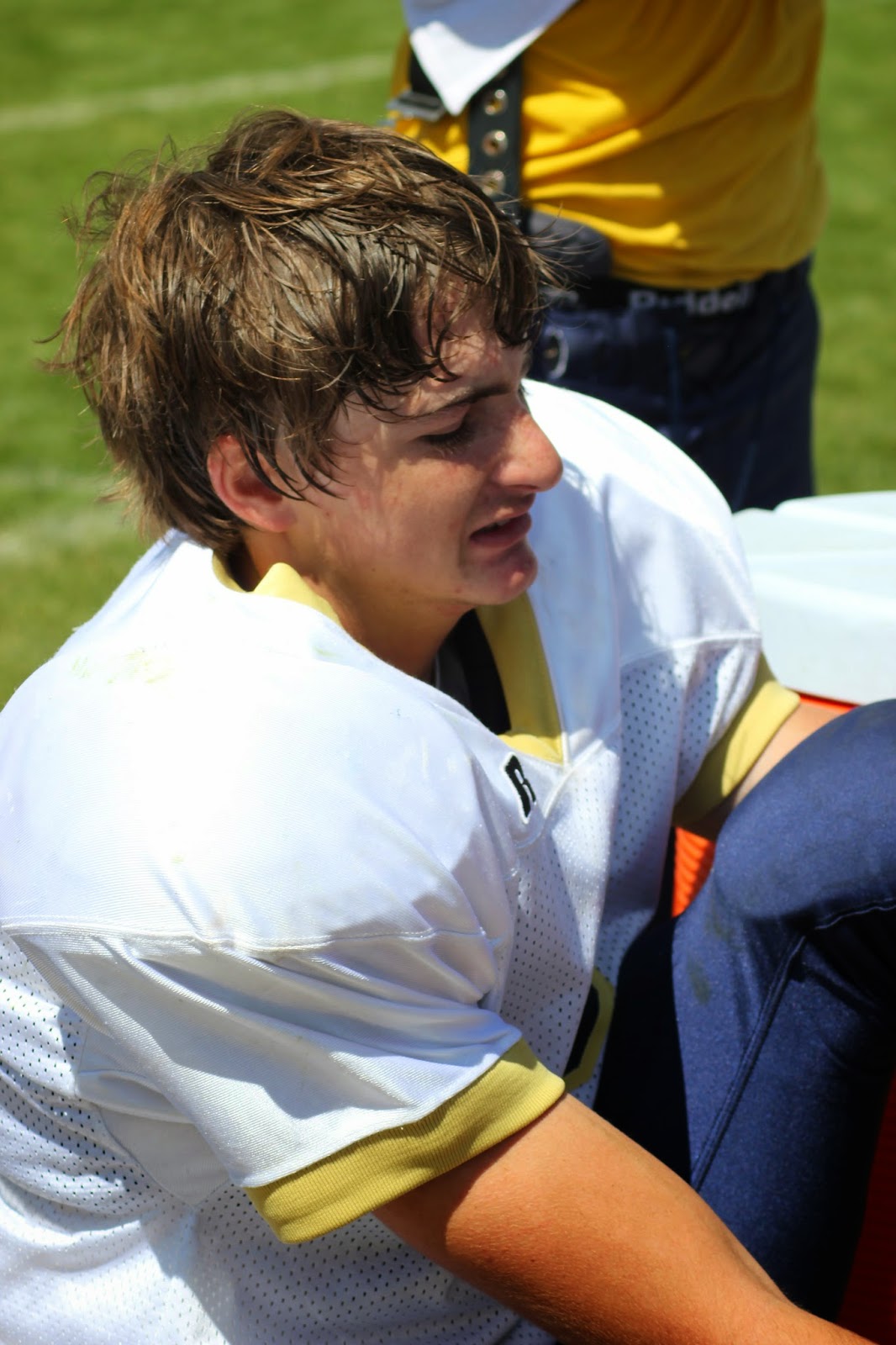 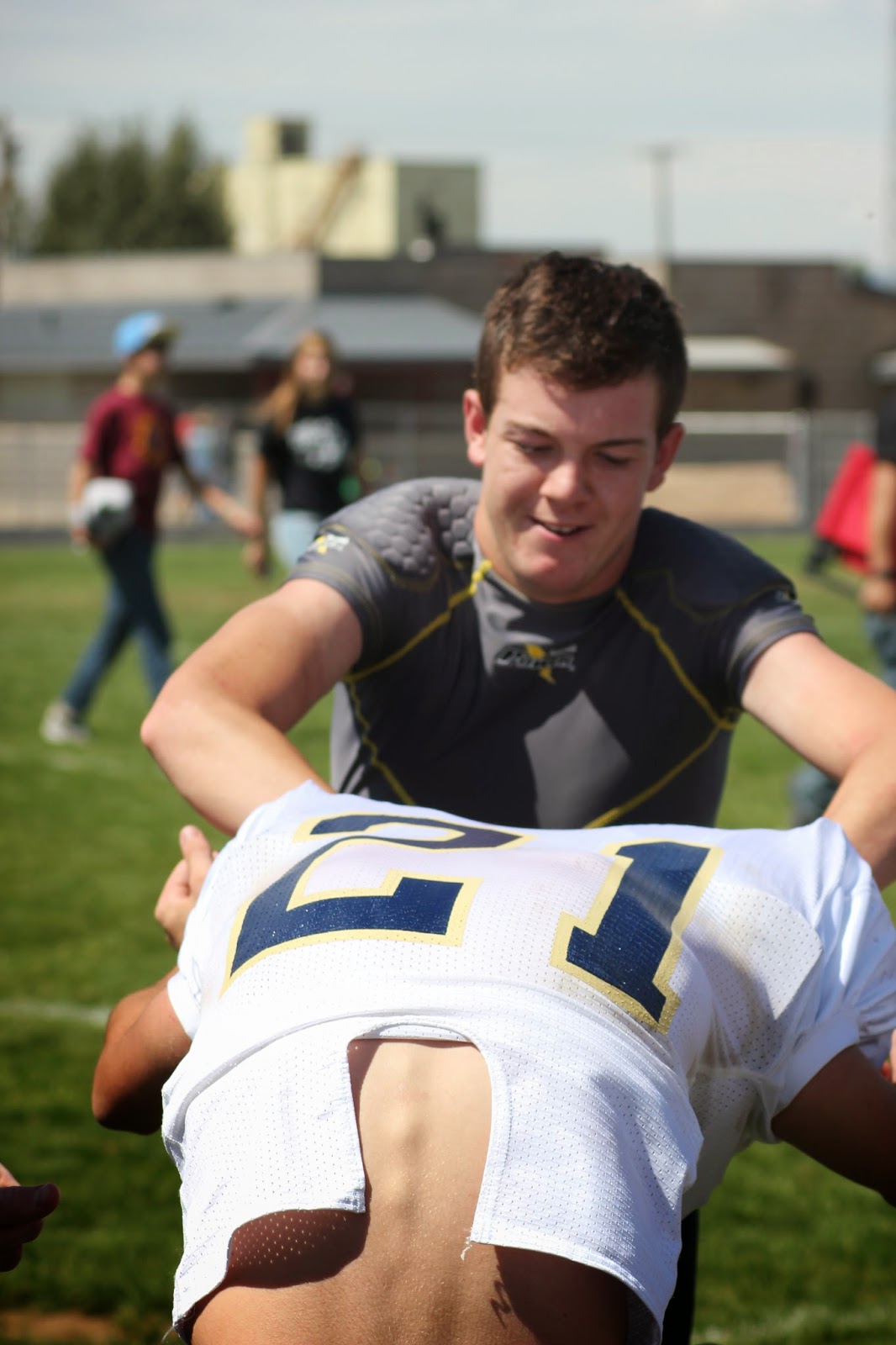 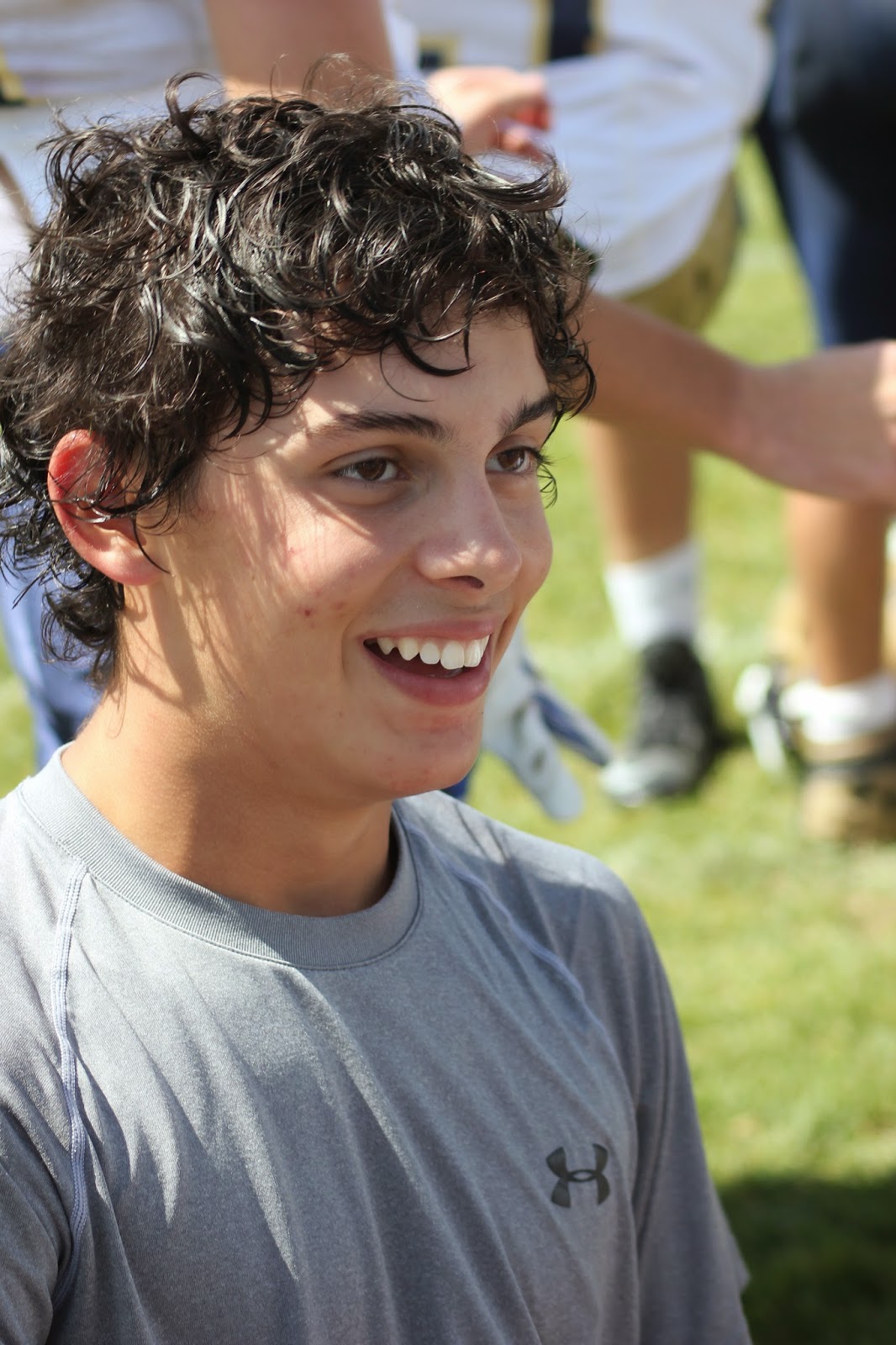