...the more they stay the same.

Isn't that how the old saying goes? And, it's an old saying because it's true, of course it is. The Teenager is leaving for college in a matter of days but the new school year for the Man-Cub gets underway even sooner than that, and, as much as I have tried to bury my head in the sand, pretending that time could somehow stand still for just a while longer, it can't, and, I'm slowly adjusting to that reality.

And, the reality is, that, for the past four years, the annual fall sports fundraising carwash has been the first activity of the new school year for my kids, and; this year is no different.

The Man-Cub was up bright and early this morning to head over to the school for the event. I would say that he was looking forward to it, but, six hours under the scorching sun is hardly something to look forward to. Instead, I will say that the Cub is a darn good sport and that he is a team player if ever there was one.

Also, he is an almost sixteen year old boy, and, there were sure to be plenty of girls in skimpy car-washing attire at the carwash. Enough said, I 'm sure.

At certain points in the day, The Teenager and I each took our cars to be washed and the kids did a fantastic-and very thorough-job of the chore. My car, in particular, was in dire need of a good washing and I was quite pleased with the results. Of course, when you have a crew of adorable kids cleaning your car, how can you help but be satisfied? Only an asshole would criticize the work of kids, I mean, am I right?

Of course I am.

So, I have the first official school event that will take place without The Teenager's participation under my belt and I am starting to believe that I'm going to be able to roll with this job of parenting half of my offspring on a daily basis.

Oh, except for the part where we came home and Hugh and The Teenager started loading up her (freshly washed) car with all of her belongings for the trip to college next week. There may have been a slight meltdown at that point, but, I can neither confirm nor deny that report.

And, on to the carwash pictures. 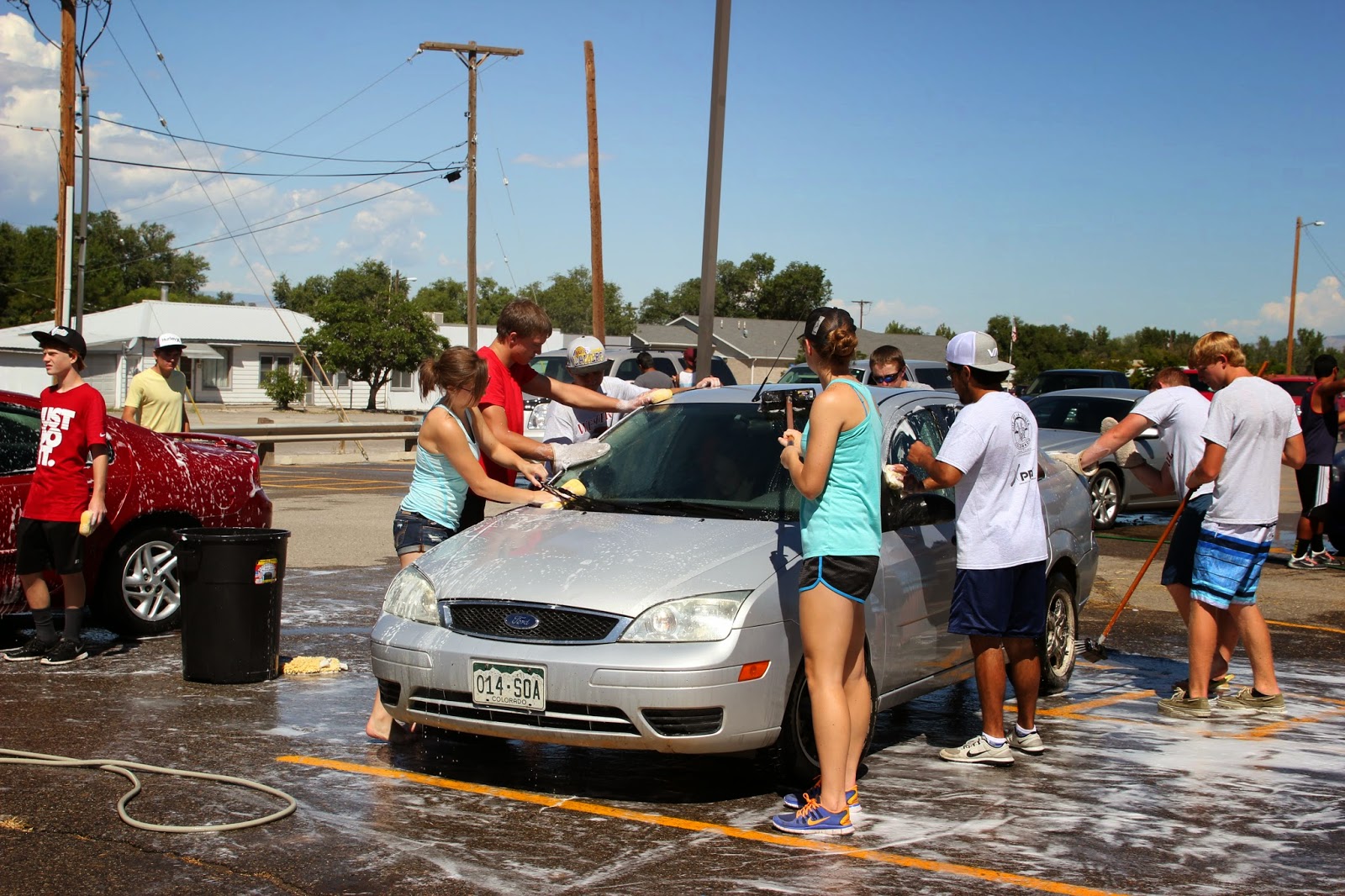 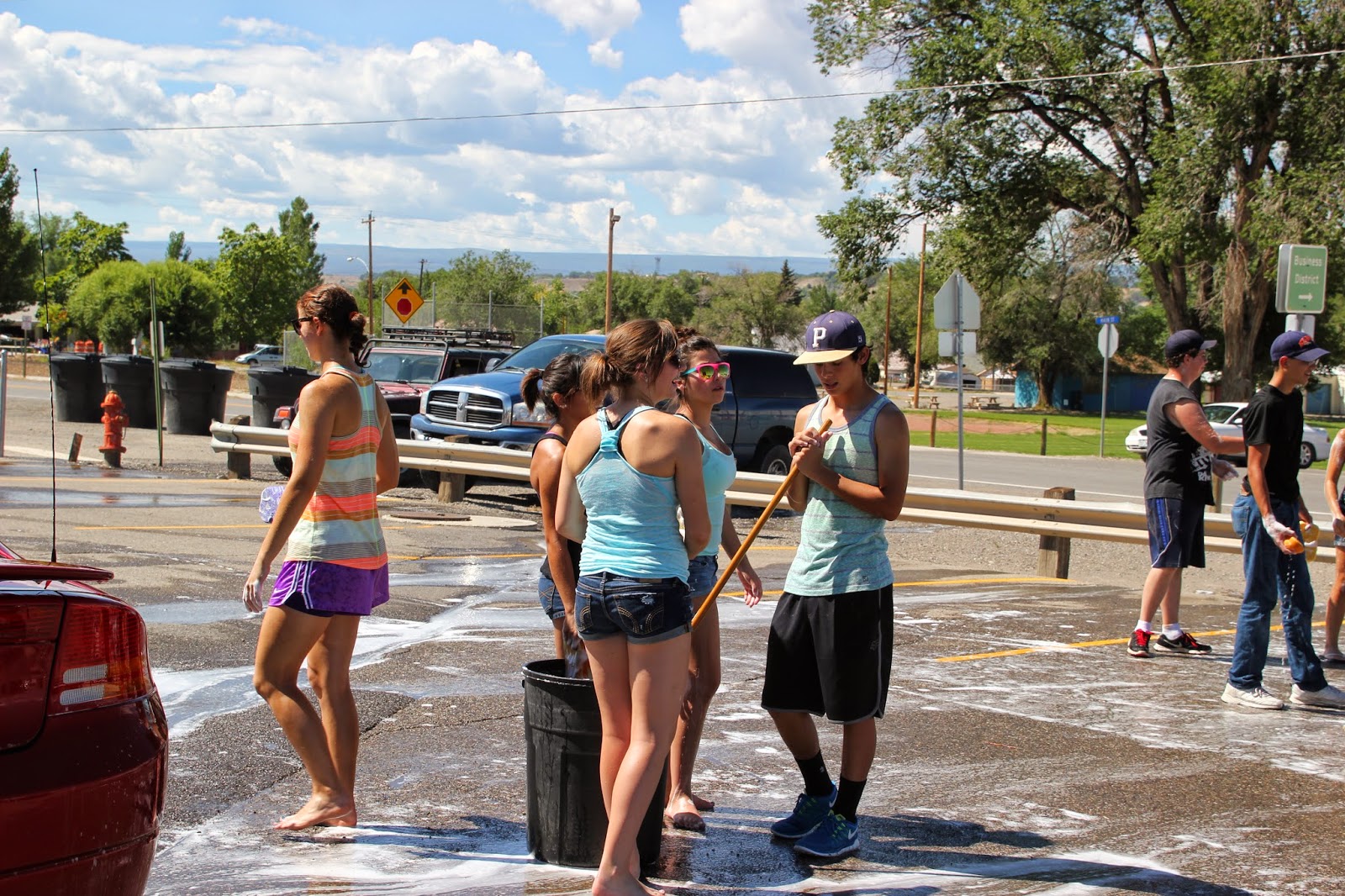 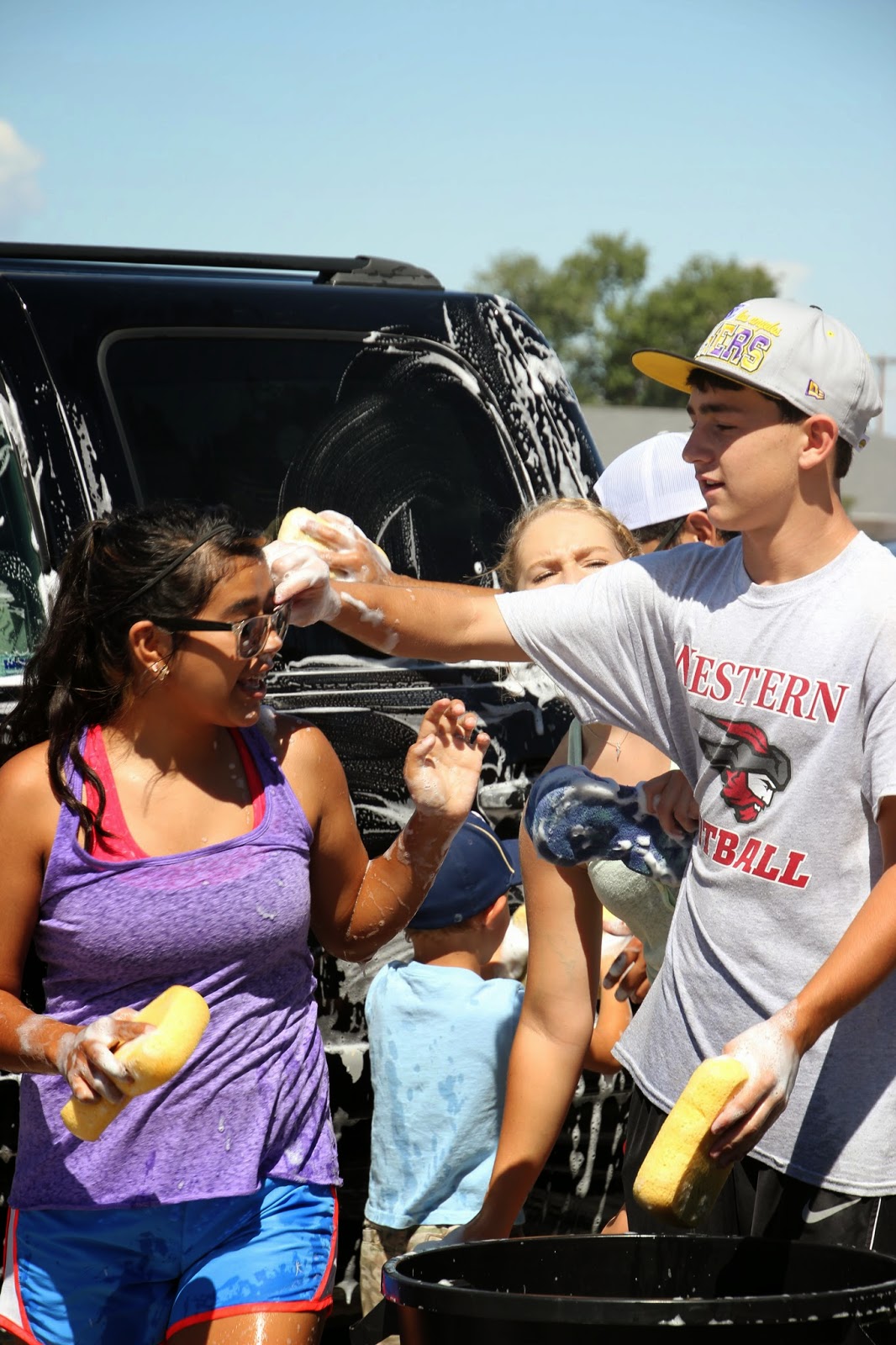 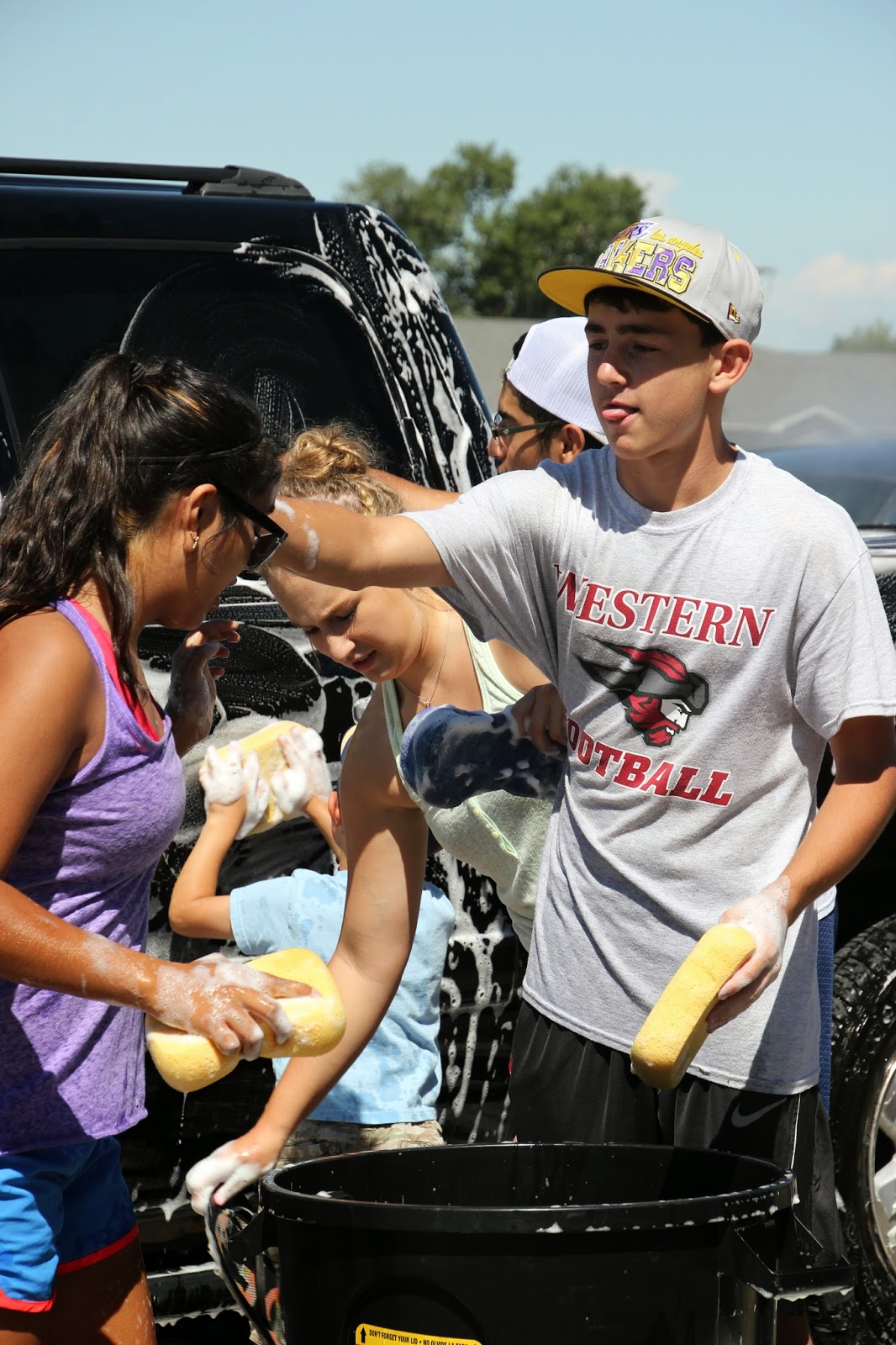 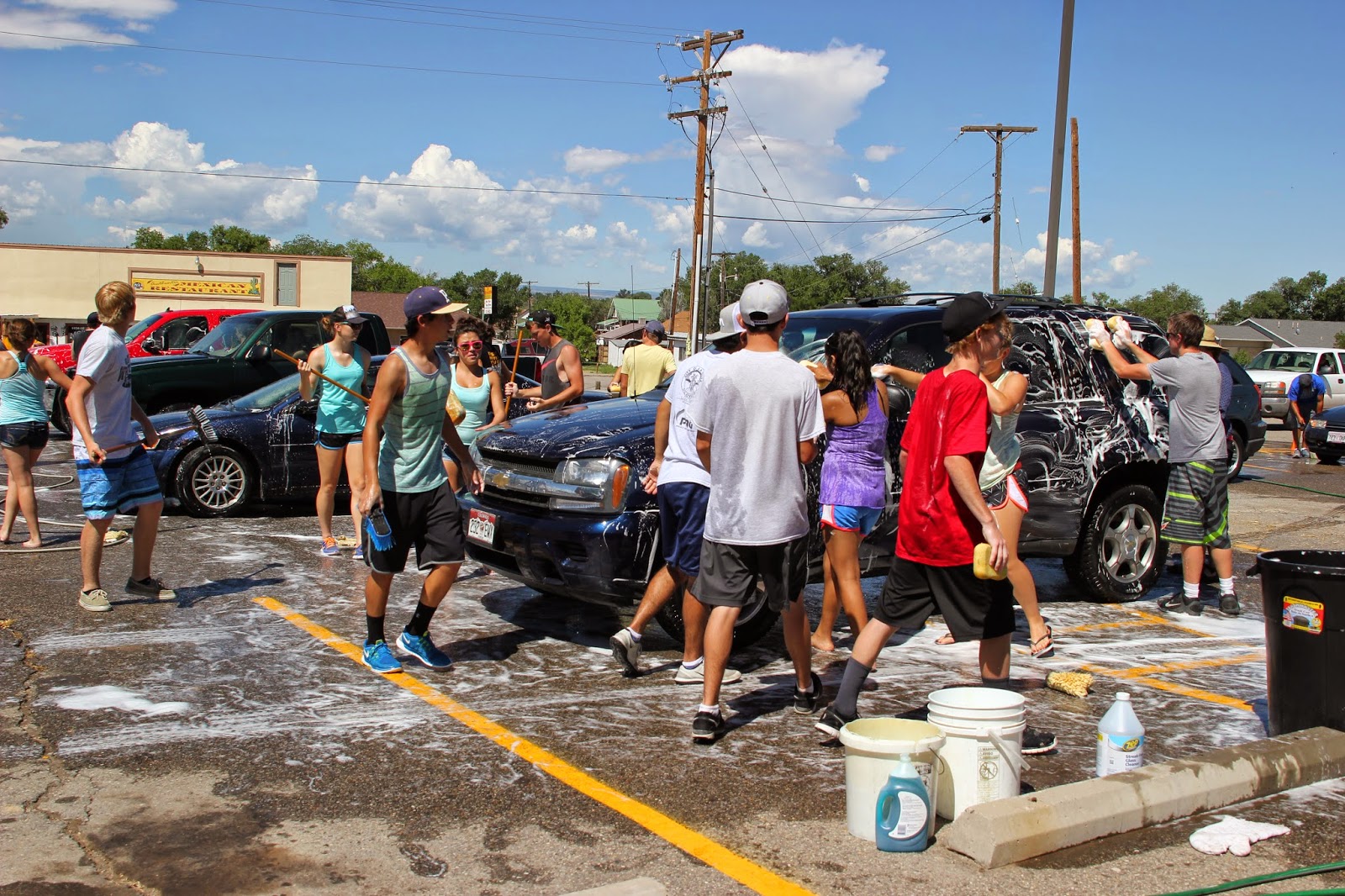 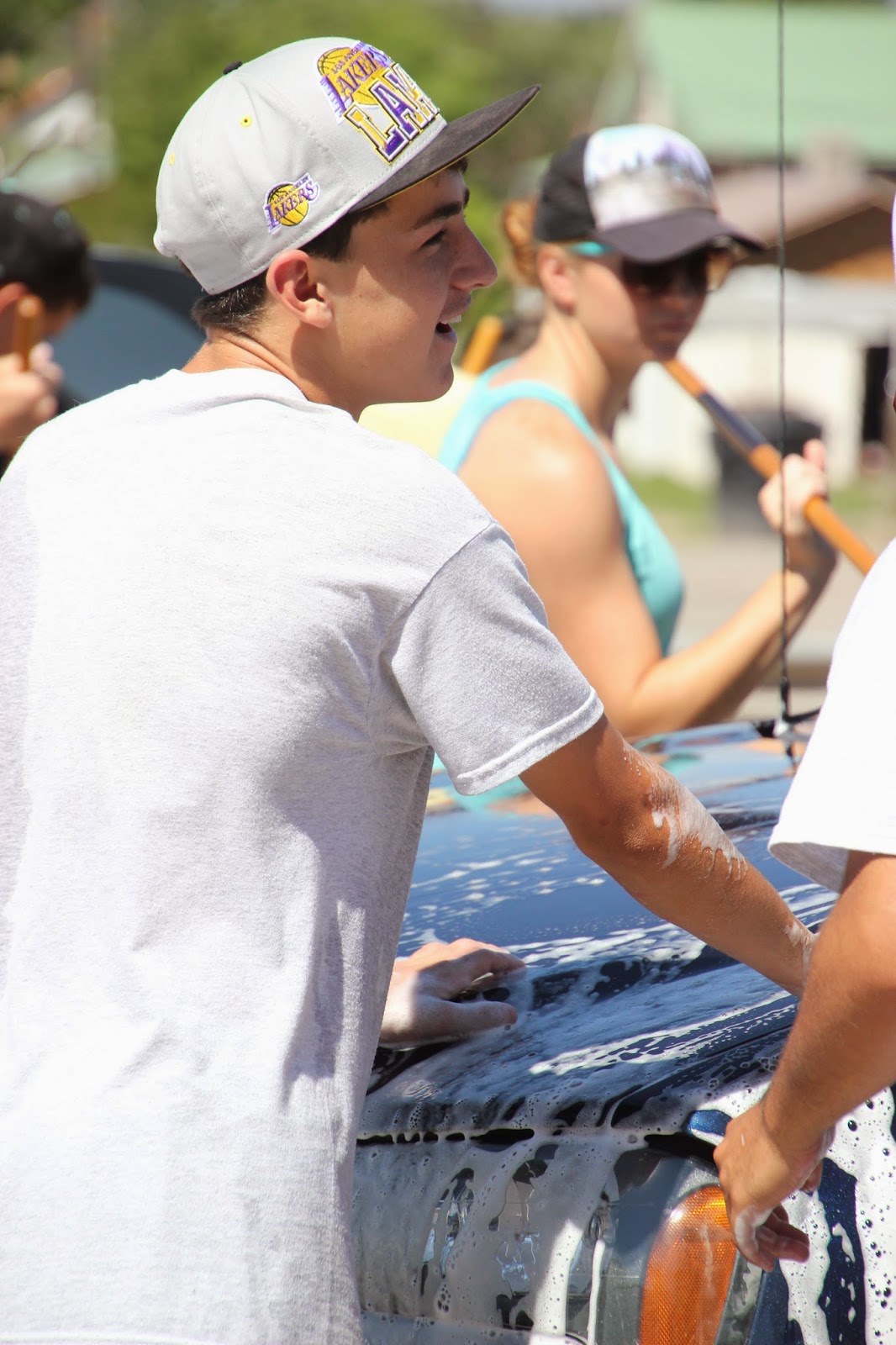 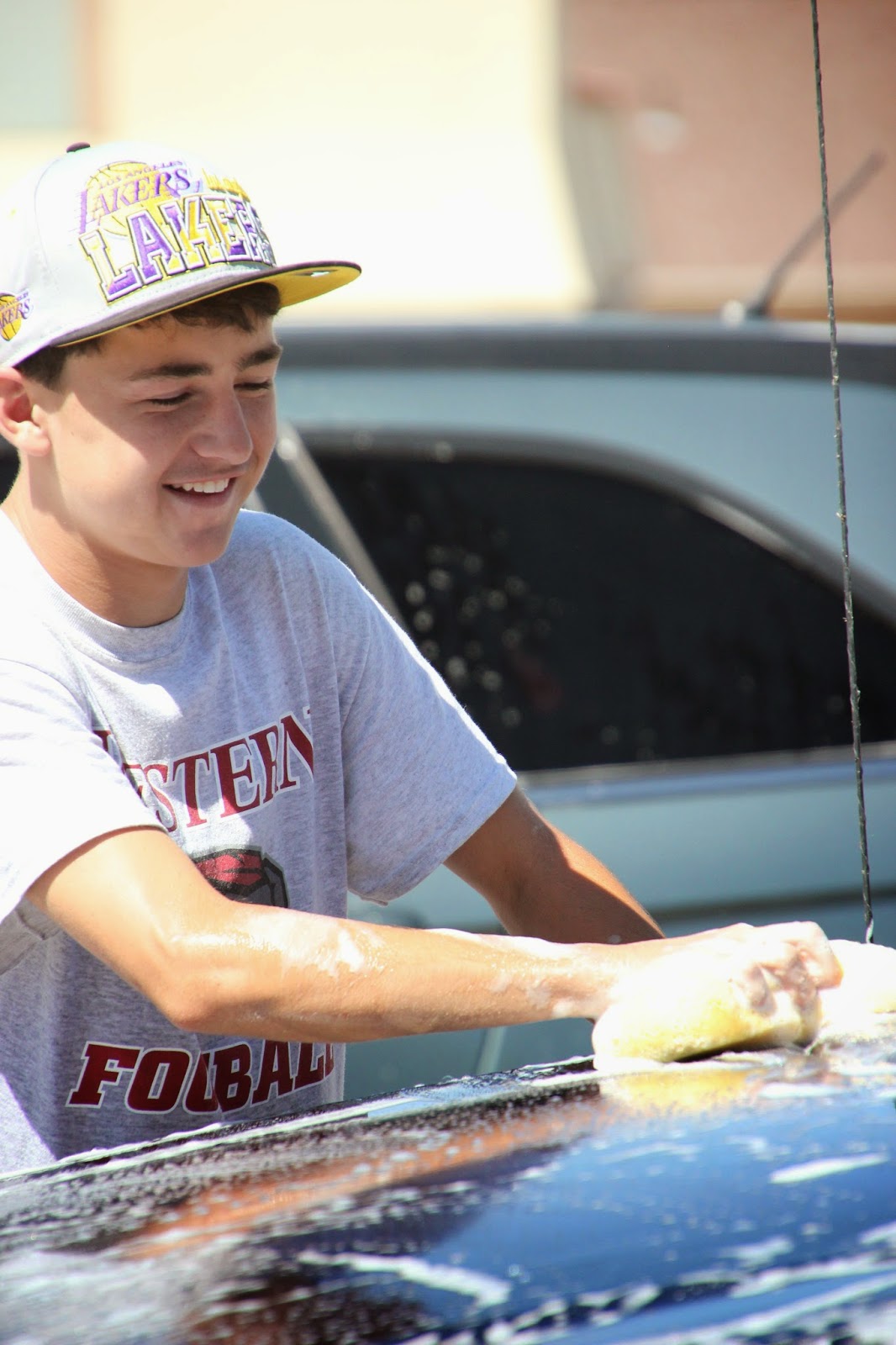 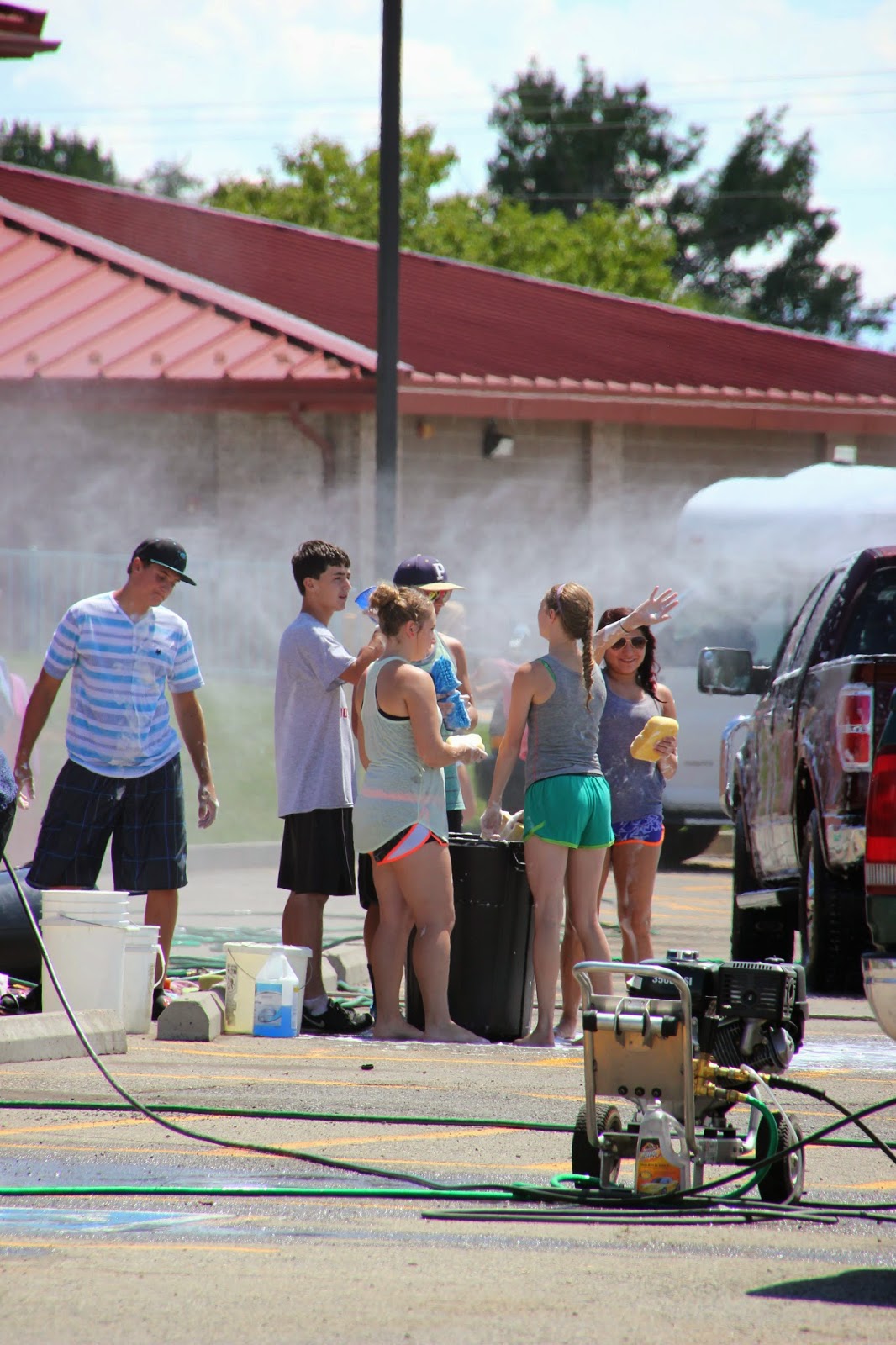 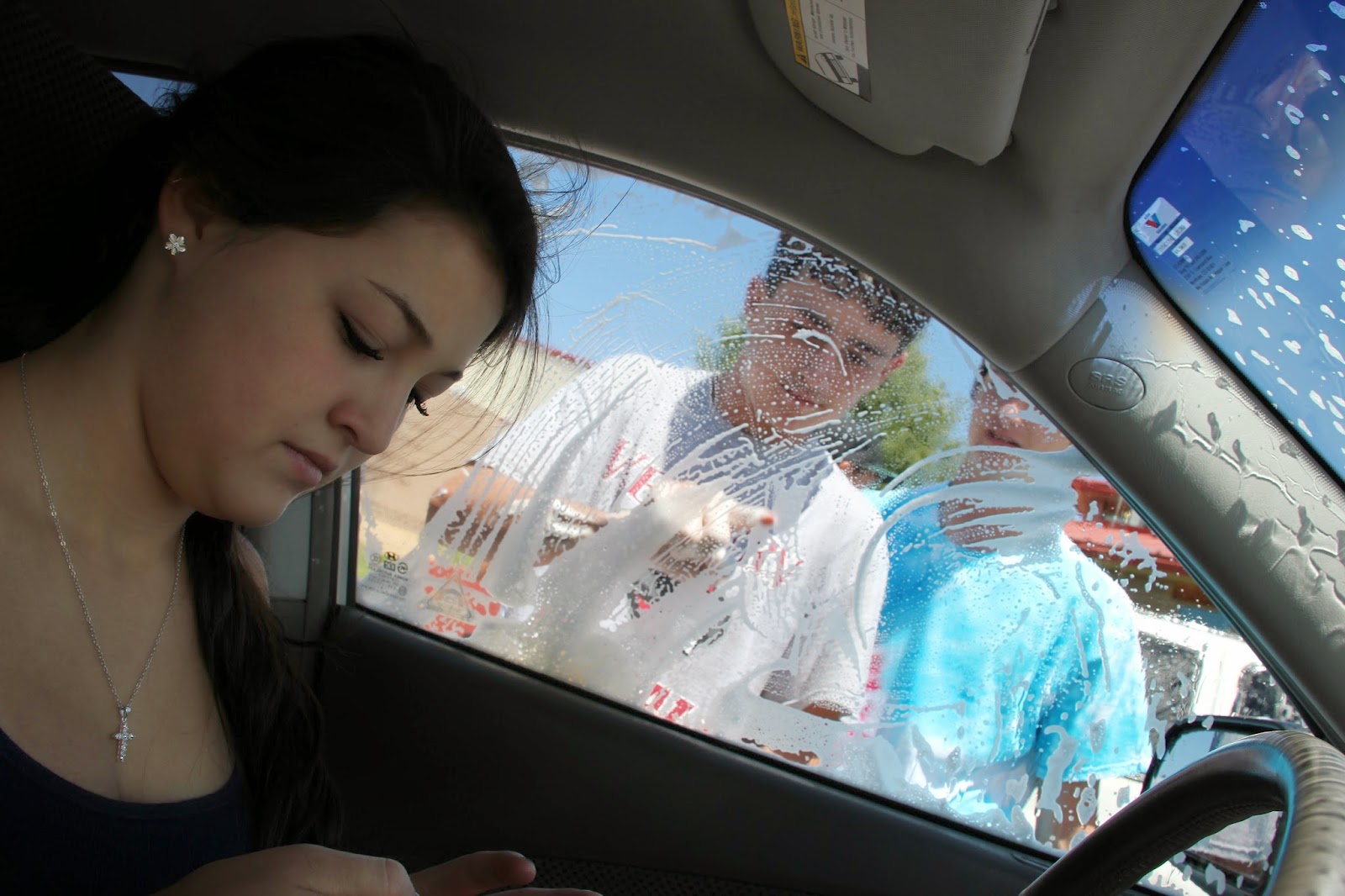 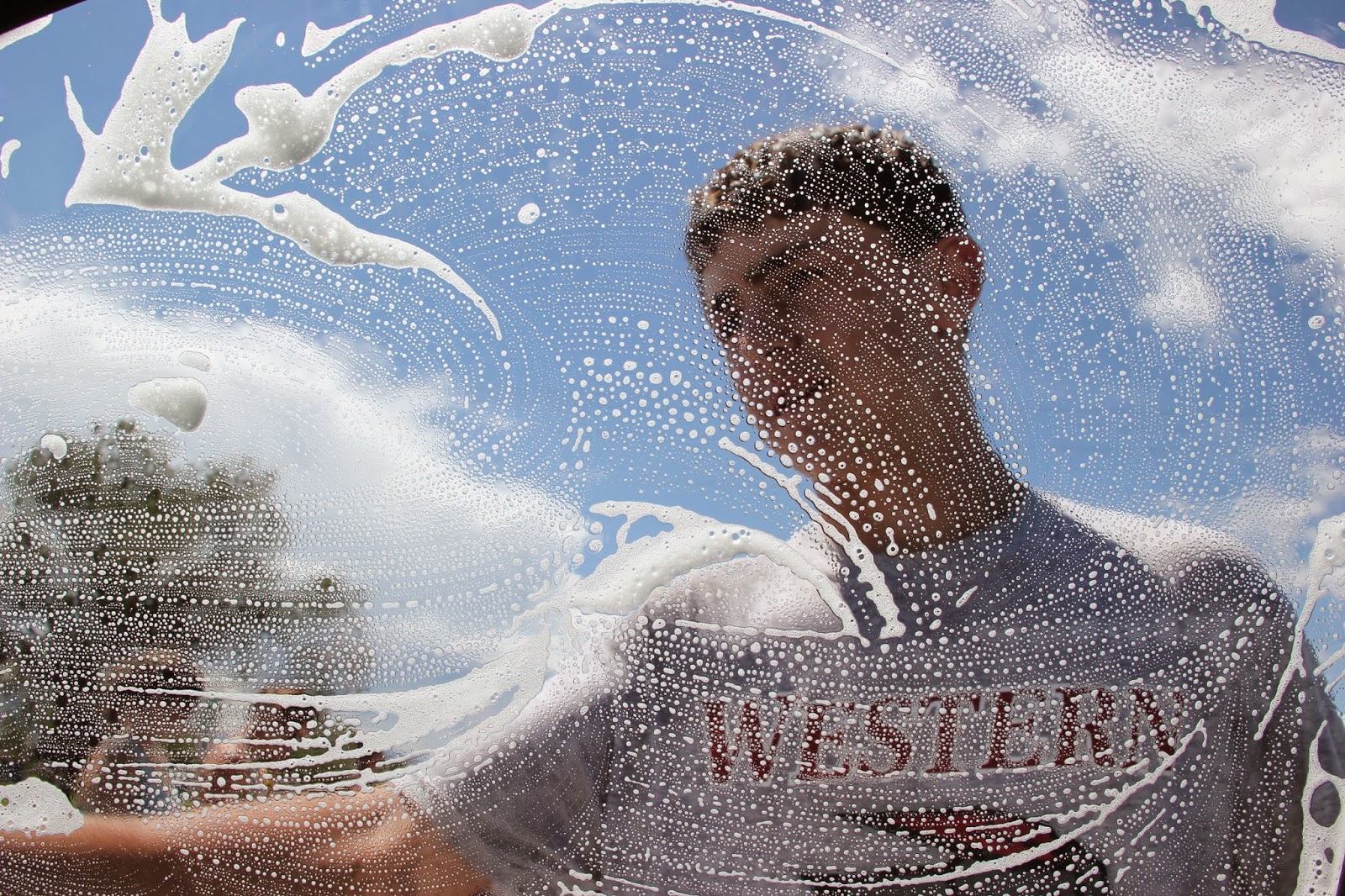