The Man-Cub dressed out for his first varsity football game last night and you would think that he was the starting quarterback, given how proud of him we were.

As it is, he is not the starting quarterback, he isn't even second-string, but; he is a sophomore with a lot of heart and team spirit and he was just as proud to be on the sideline in his uniform as we were to see him there. 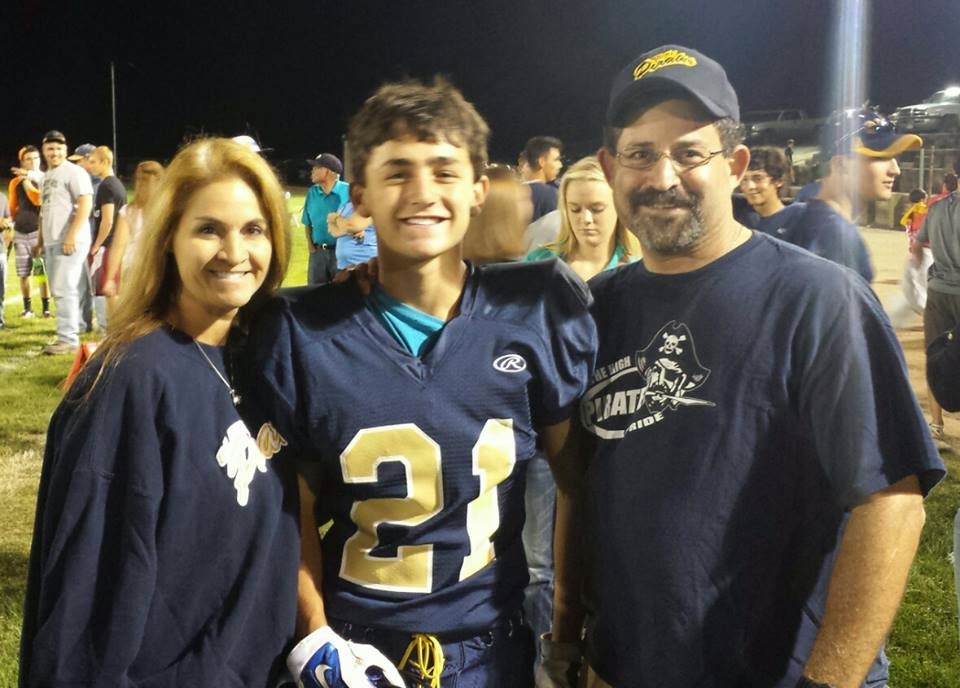 As an aside, when we arrived at the football field last night, in the warm and mellowing early-fall sunlight, with the team warming up on the field, the band tuning up in the bleachers, and the cheerleaders pepping up the fans, I was transported back to high school in a way that I had not been for quite some time.

I hope the Man-Cub enjoys this experience. I hope he squeezes every bit of pleasure that he possibly can out of his remaining three years at Petticoat Junction High, and I hope he takes the joy from these years with him, carrying the memory of this time in his heart like a treasured gift, because, that's what this time is; a treasured gift.

Life is a big game, and the Man-Cub is suited up and ready to play. I'm so proud and honored to get to stand on the sidelines and cheer him on.
Posted by Chelle at 7:18 AM