I'm about to share a nugget of wisdom that will leave you breathless with admiration, are you ready? Here it is: Boys are different from girls.

Here's the thing, though, you never realize just how different the two are until you are forced to parent one after having become used to parenting the other. Another gem, I know.

The differences in this boy-only parenting gig have become glaringly obvious with the whole Homecoming thing. For example, I actually had to text the girlfriend of one of the Fearsome Foursome just to learn what events are scheduled for the week; the Man-Cub couldn't be bothered to relay such silly details.

I also had a rather embarrassing situation arise when not one, but three other mothers approached me (individually) to ask me what the plan is for the Homecoming dance and I was like, "I have no idea, the Man-Cub didn't ask anyone, so, I'm not even sure he is going", only to discover (YESTERDAY) that the Cub had kind of-sort of-invited several couples to our house for dinner and pictures before the dance, which, the other mothers had kind of-sort of, known waaaayy before me (because their daughters had told them, naturally).

Have I ever mentioned how much I love looking like an uninformed moron? So. Much. FUN!

Anyway, I think I am finally on the same page as my male offspring. You know, today.

And, today is the first day of Homecoming, which means that the kids will be participating in donning some form of costume, unless you are my kid, that is; he is uninterested in today's theme, which is Impersonate Your Favorite Teacher Day. I....can't say that I blame him. I have no idea who came up with the themes for this year but they are lame (and I am being kind).

I do have pictures for today's post, however, because I spent three hours at the school yesterday, assisting the other five mothers who comprise the Athletic Booster Club. Together, we decorated the hallways as well as the lockers of each athlete (including football players, volleyball players, cheerleaders, and cross country runners). When the general decorating was done (I was in charge of streamers, I became quite good at monkeying up and down a ladder, thankyouverymuch), we were able to concentrate on our own kids' lockers and I was touched when one of the mothers of the Fearsome Foursome whipped out enlarged copies of a picture that I had taken of the boys last year for each of their lockers; my copy was a sweet addition to the Man-Cub's locker and I appreciate her thoughtfulness.

So, that's it for the first day of Homecoming 2014. The boys have a JV game later today, which will kick off the week in style, and the Man-Cub assures me that he will participate in at least a couple of the upcoming themed days, so, more to come, I'm sure. 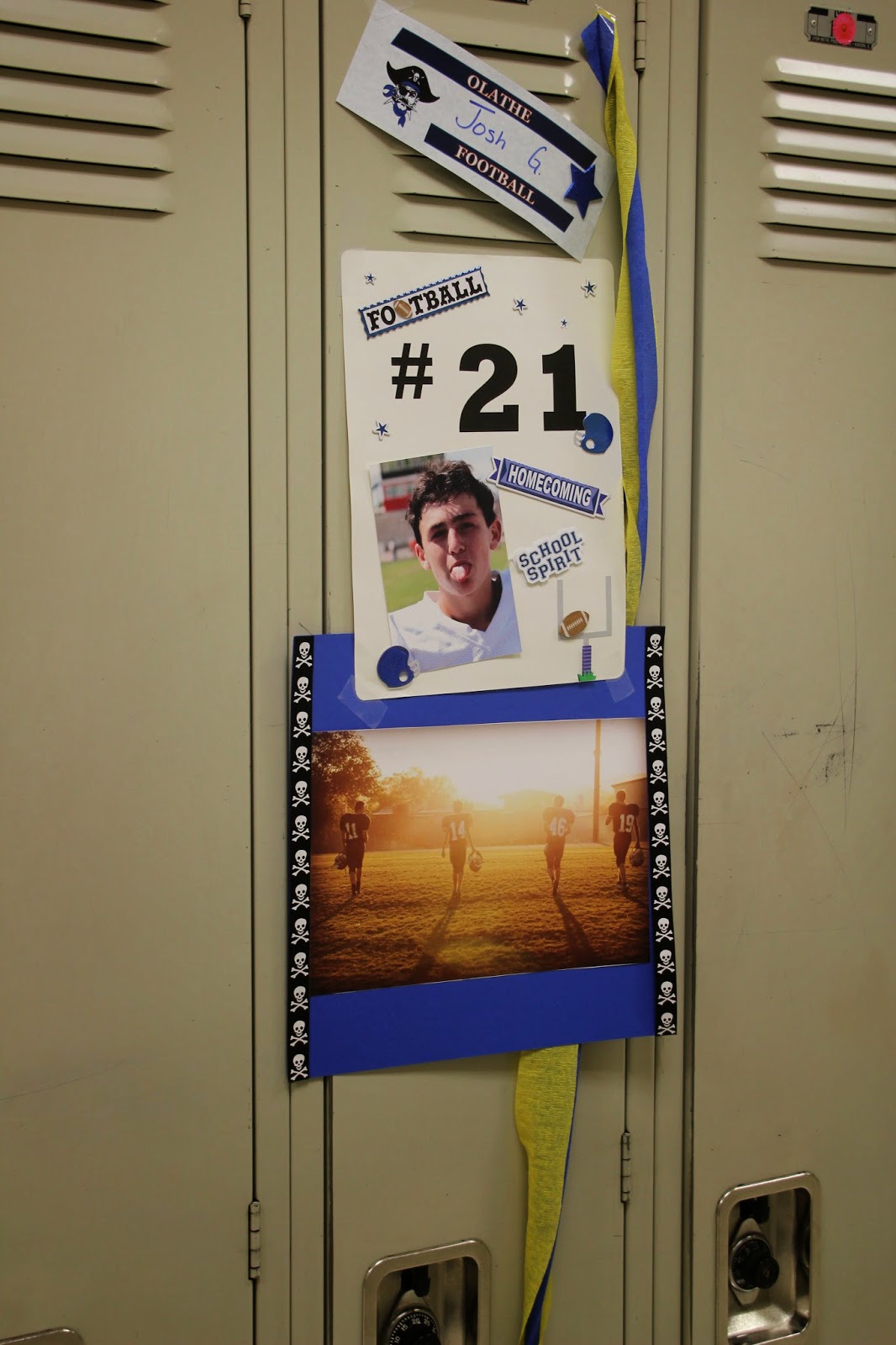 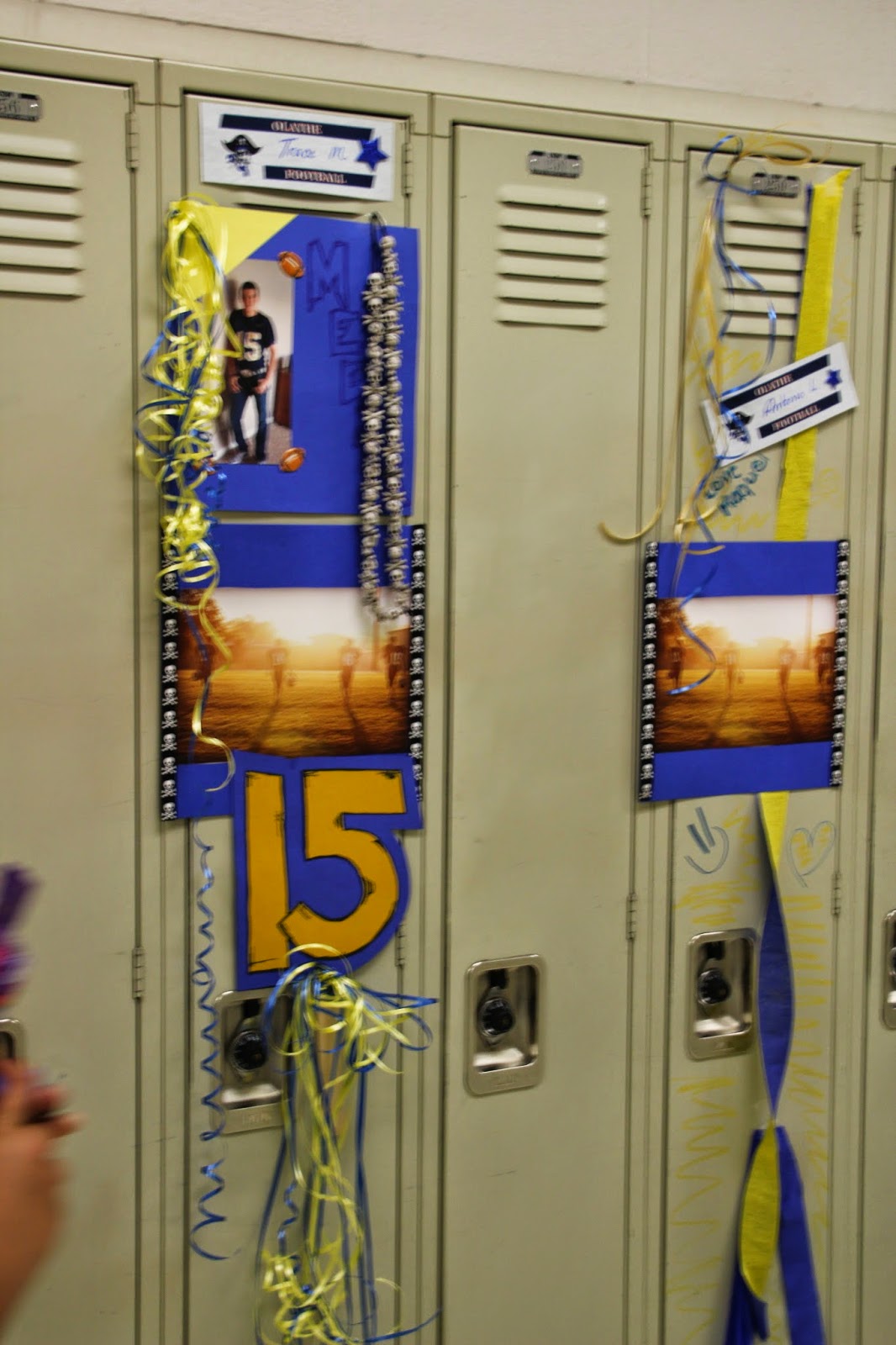 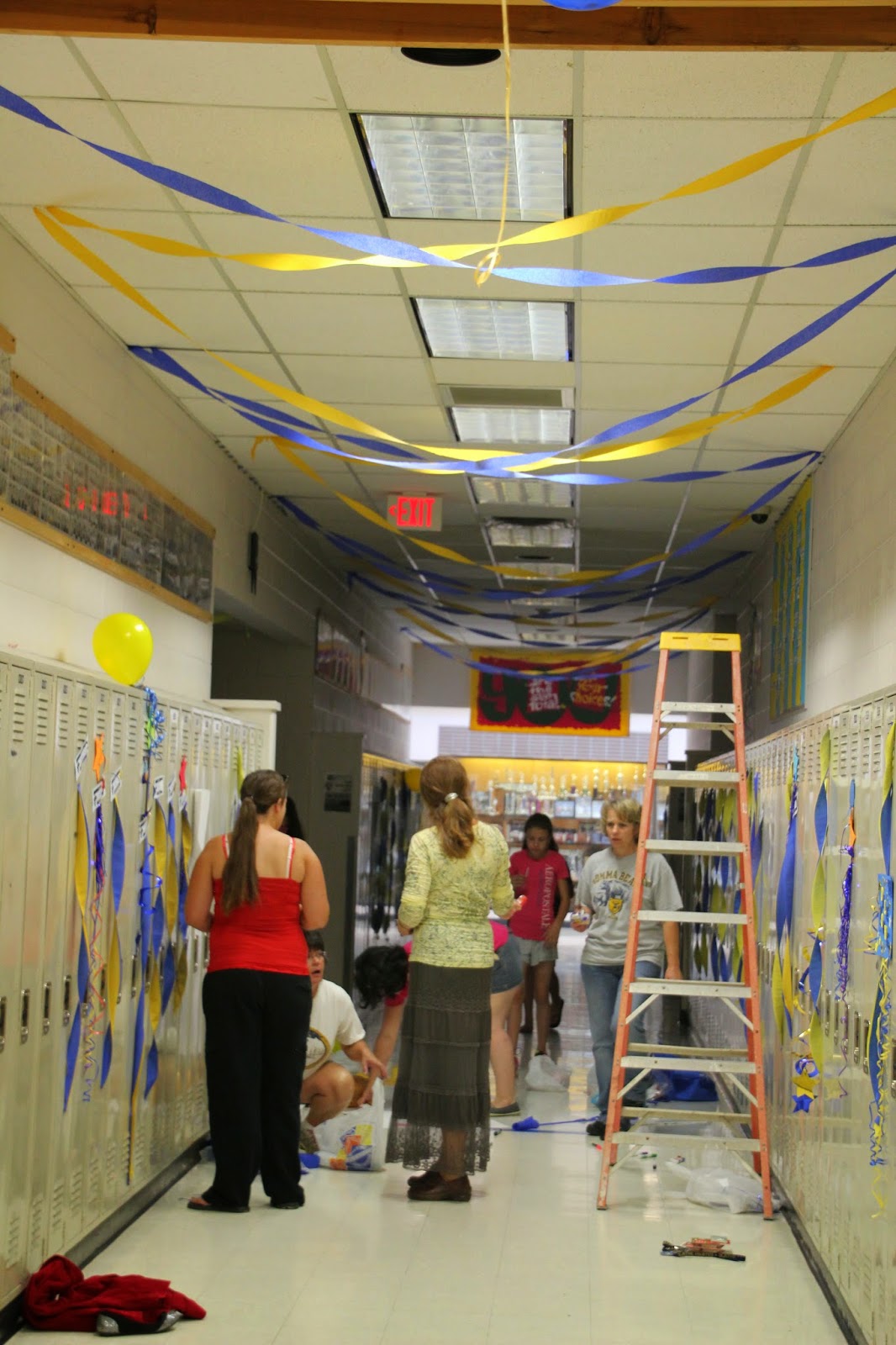 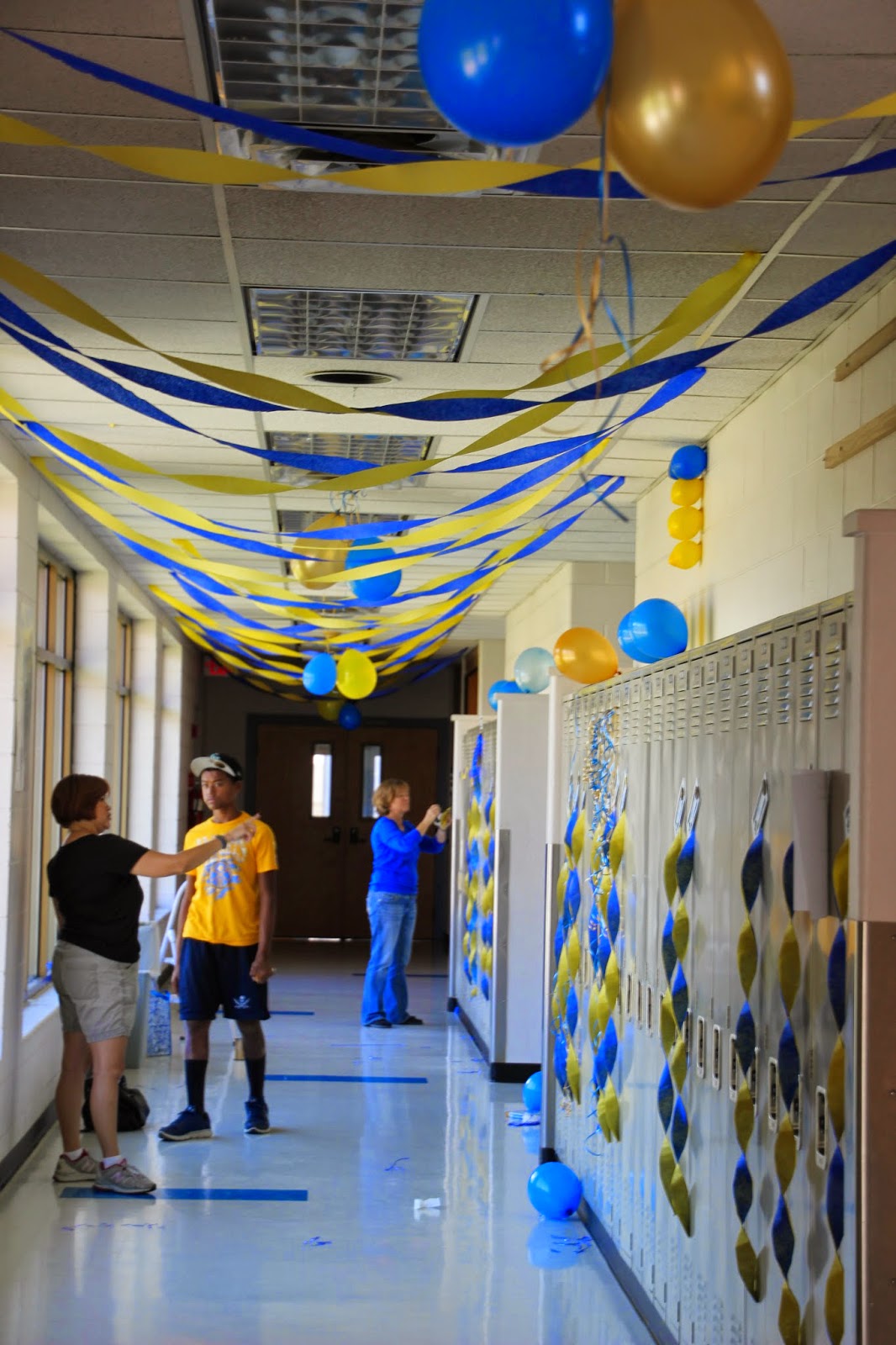 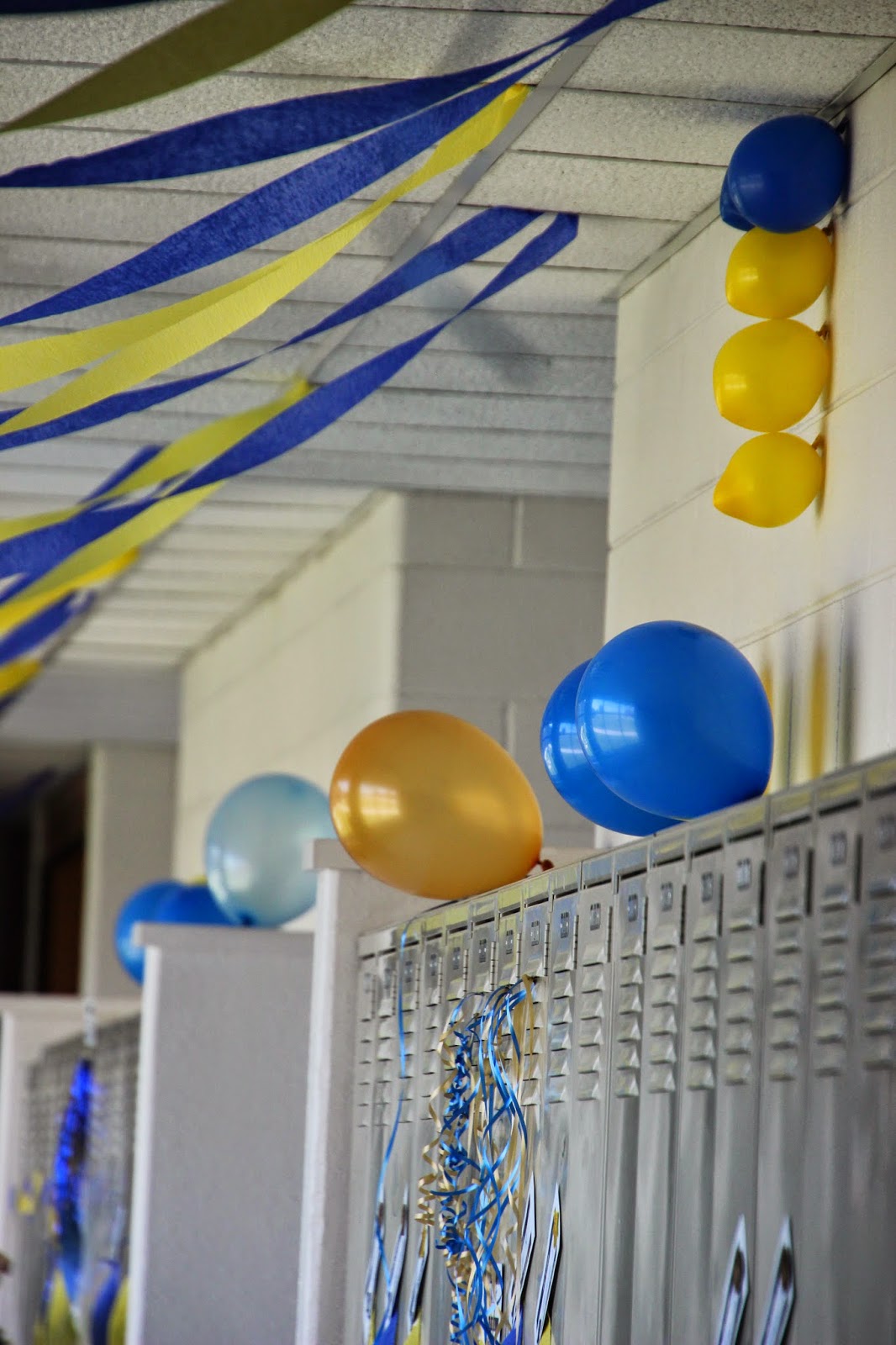 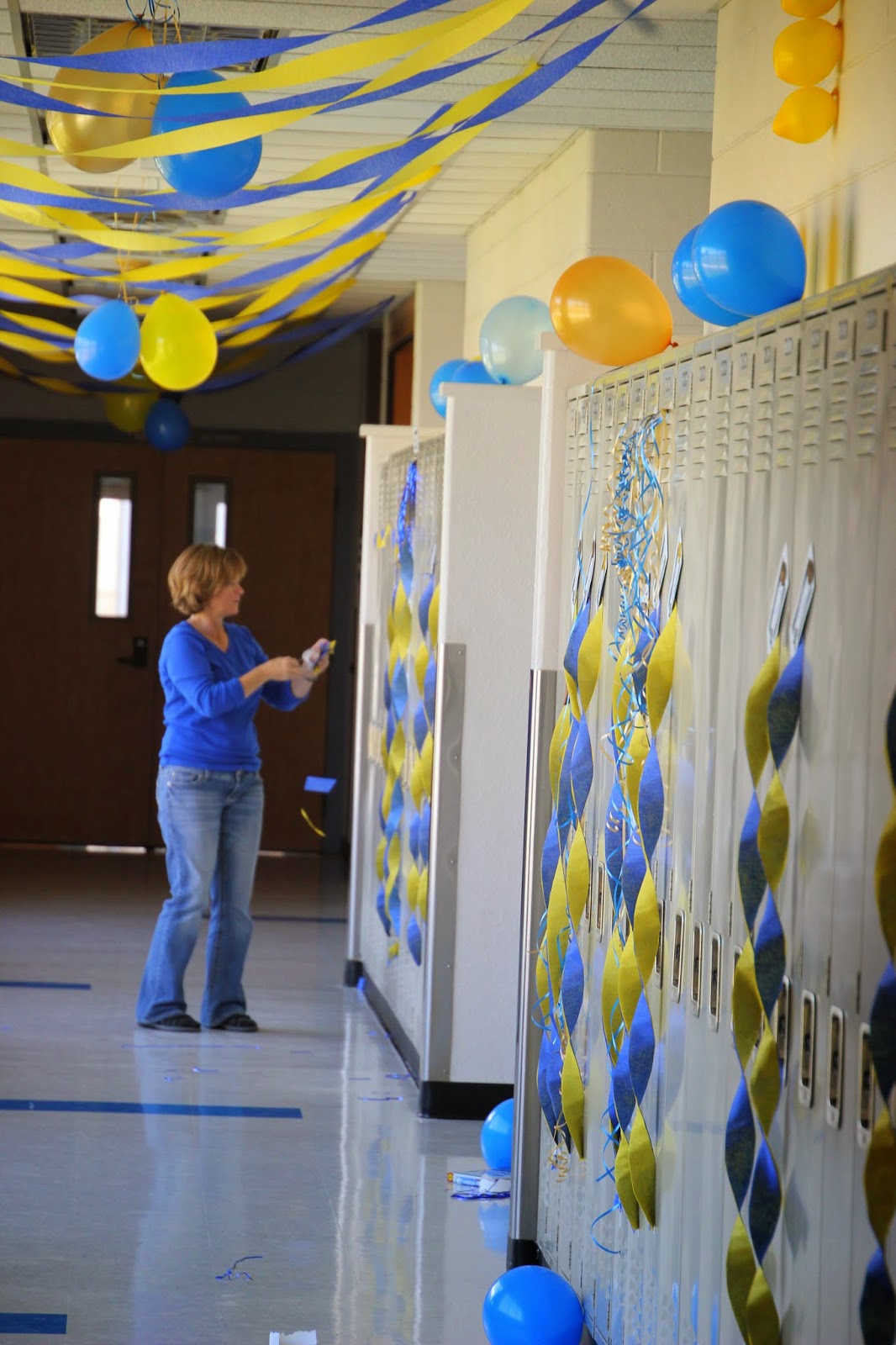 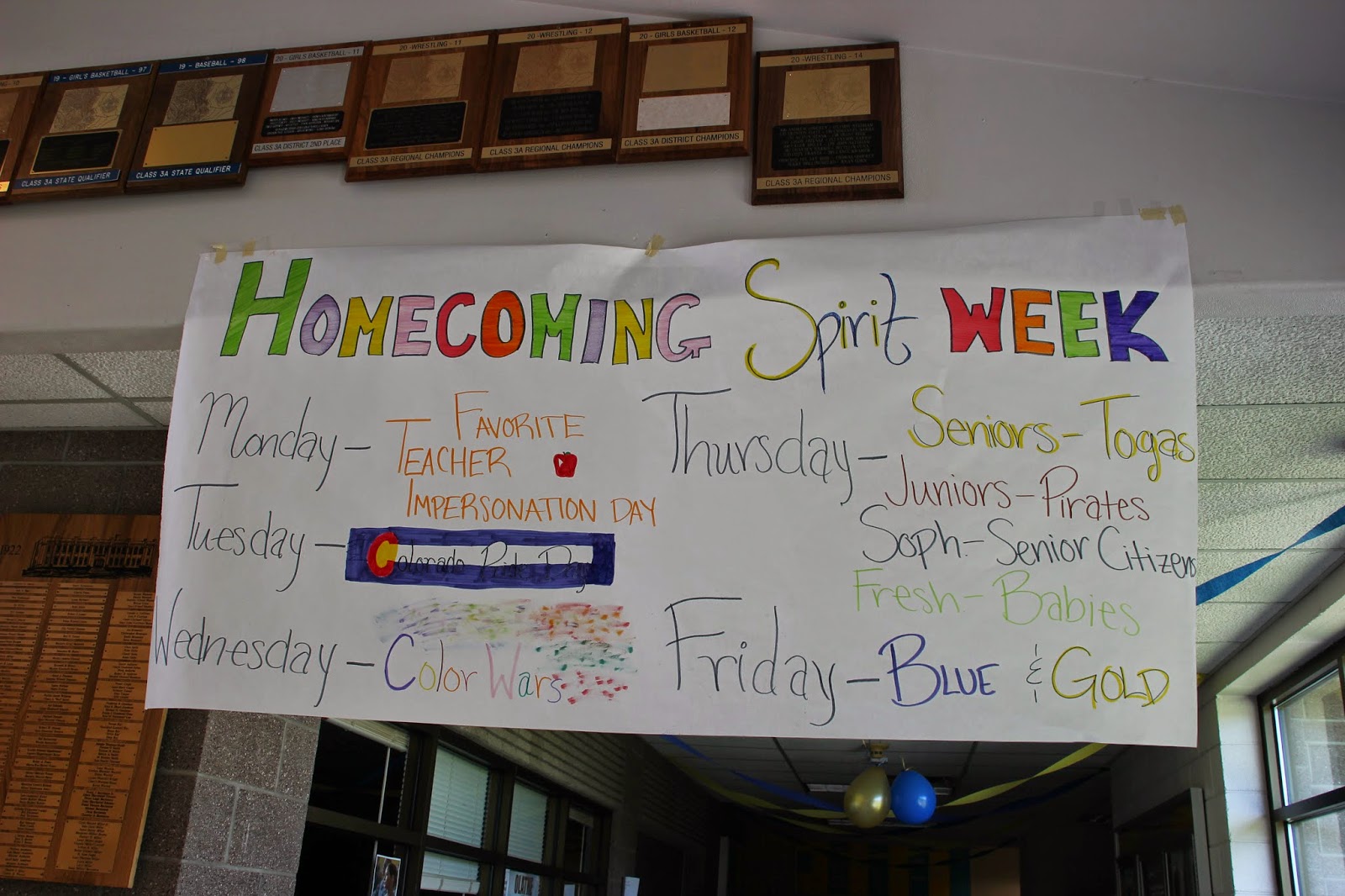