Since You've Been Gone

I spent this week in Denver at a conference for work, so, I have been remiss in updating. I guess I will have to do double-time to make up for that.

While I was in Denver, I took a quick drive to The Teenager's college campus to spend some time with her. As I've mentioned, she's been a bit homesick and  thought that a visit from her momma might be just the remedy she needed. Well, that and some humor from home.

Last weekend, while the Man-Cub was away at the football game, Hugh and I did some shopping. One of the items we saw (and apparently could not live without) was another skeleton for my Halloween collection. While we were driving home (listening to the Cub make his varsity debut on the radio, as you may recall), we somehow came up with the brilliant (to us) idea to tease The Teenager about replacing the empty spaces that she has left behind with the skeleton, whom I immediately dubbed Brookeless, since, you know, we are currently Brooke-less.

When we got home, we arranged Brookeless in a number of poses and I have been sending The Teenager text messages featuring photos of her new sibling ever since. She was not remotely amused. In fact, at one point, I feared she may be genuinely angry; that was about the time that Brookeless started sleeping in her bed, I believe.

I needn't have worried, however; The Teenager is my child after all and she quickly got in the spirit, posting the pictures of her new "sibling" to Facebook and sharing the gag with her friends. I'm so glad my kid shares my sense of humor. Also, it was really nice to meet one of her new friends at school and to see for myself that she is settling in ok, but, that can be a story for another post. 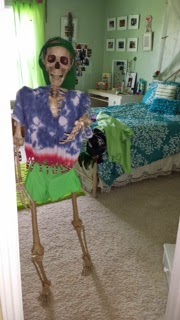 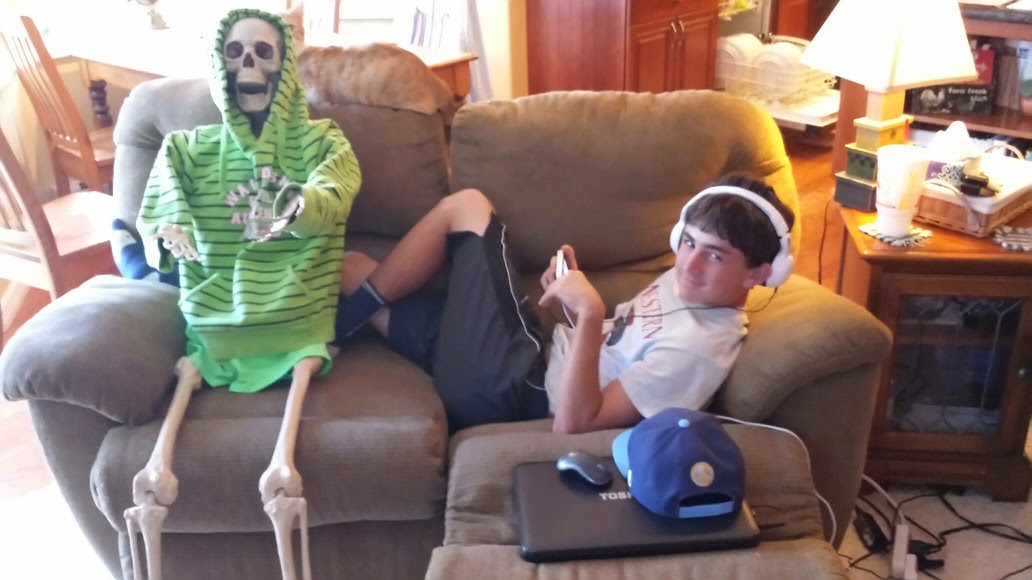 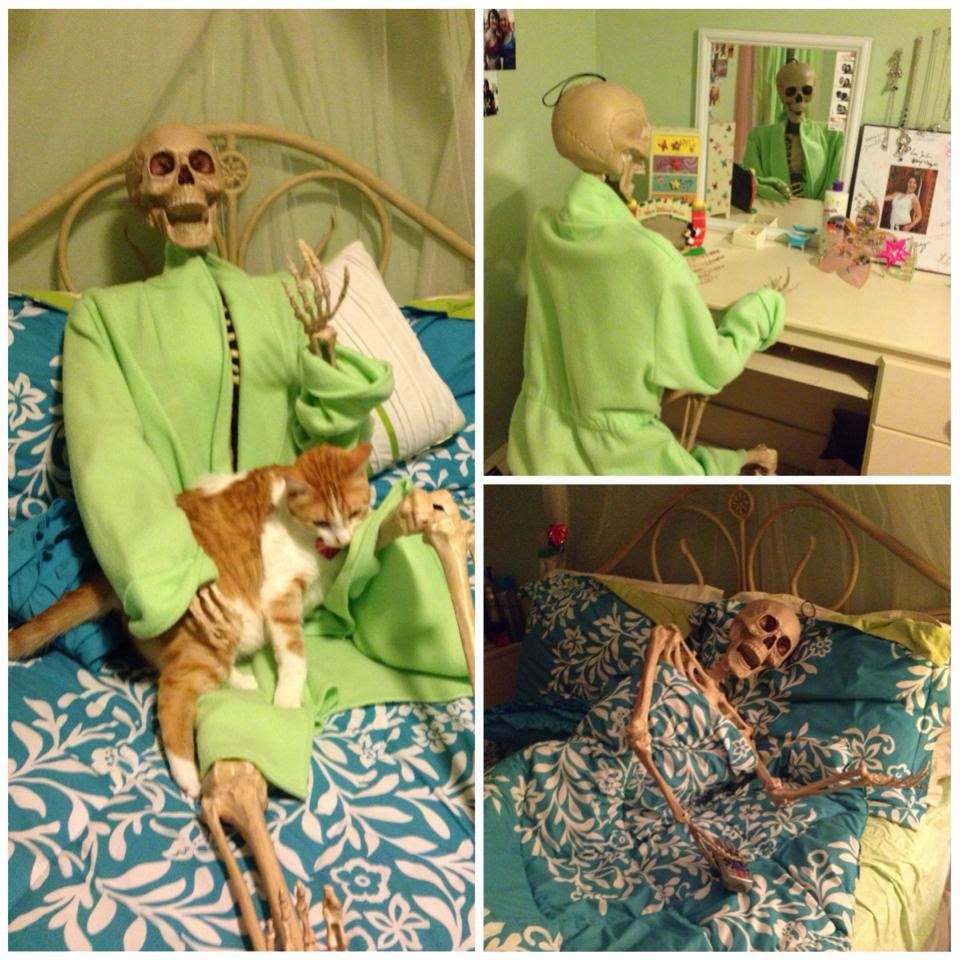 I'm so glad we aren't weird or anything. I mean, can you imagine?
Posted by Chelle at 8:06 AM