Its the First Day of Regular Season

For the pros, that is; the amateurs have been playing for a while now, including my favorite amateur, the Man-Cub.

But you already knew that.

The Cub and his JV team played earlier this week and they got creamed. If we didn't know better, we would have thought that they were playing against the varsity team from the opposing town rather than it's JV, such was the difference in size between our boys and theirs. As it is, we have to accept the fact that our boys are petite. That hardly makes them delicate, as evidenced by their willingness to throw their (much smaller) bodies into the path of a stampeding opponent. 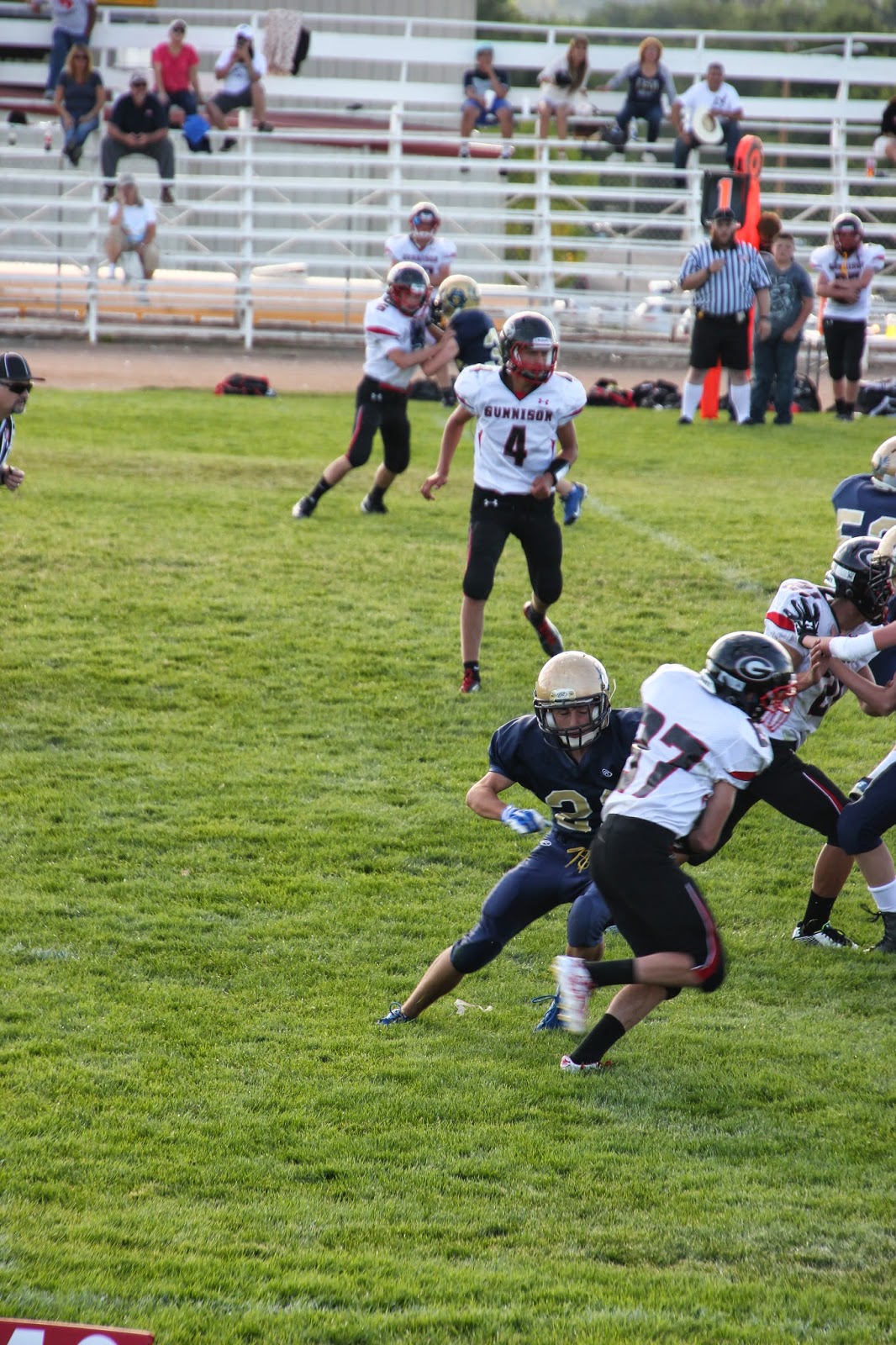 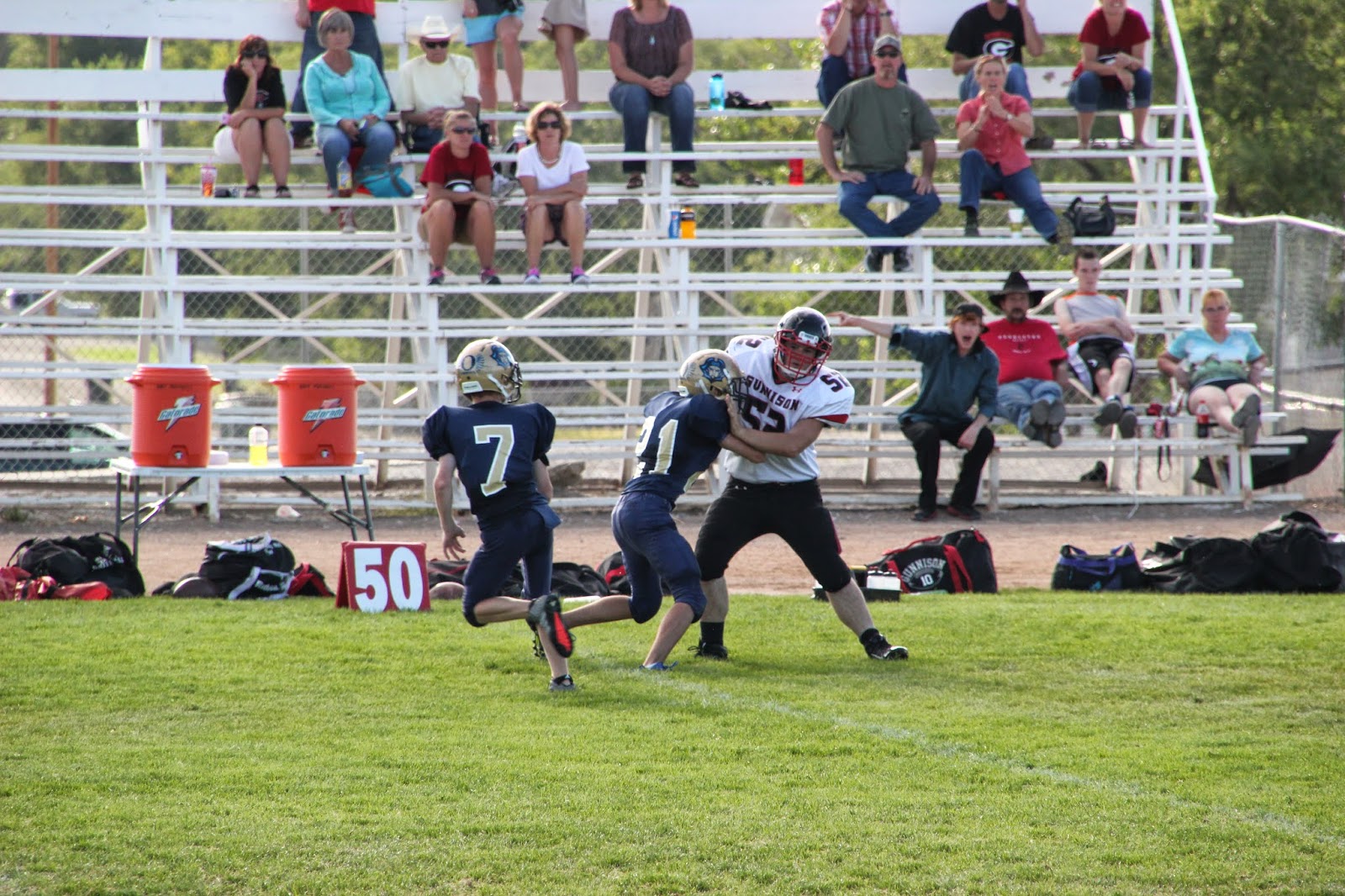 The Cub had a pretty good game, he made some great blocks and a couple of impressive tackles. He also got his bell rung on a couple of plays but I choose to remember the more pleasant aspects of the game because that is how I roll.

As do most football moms, I think. 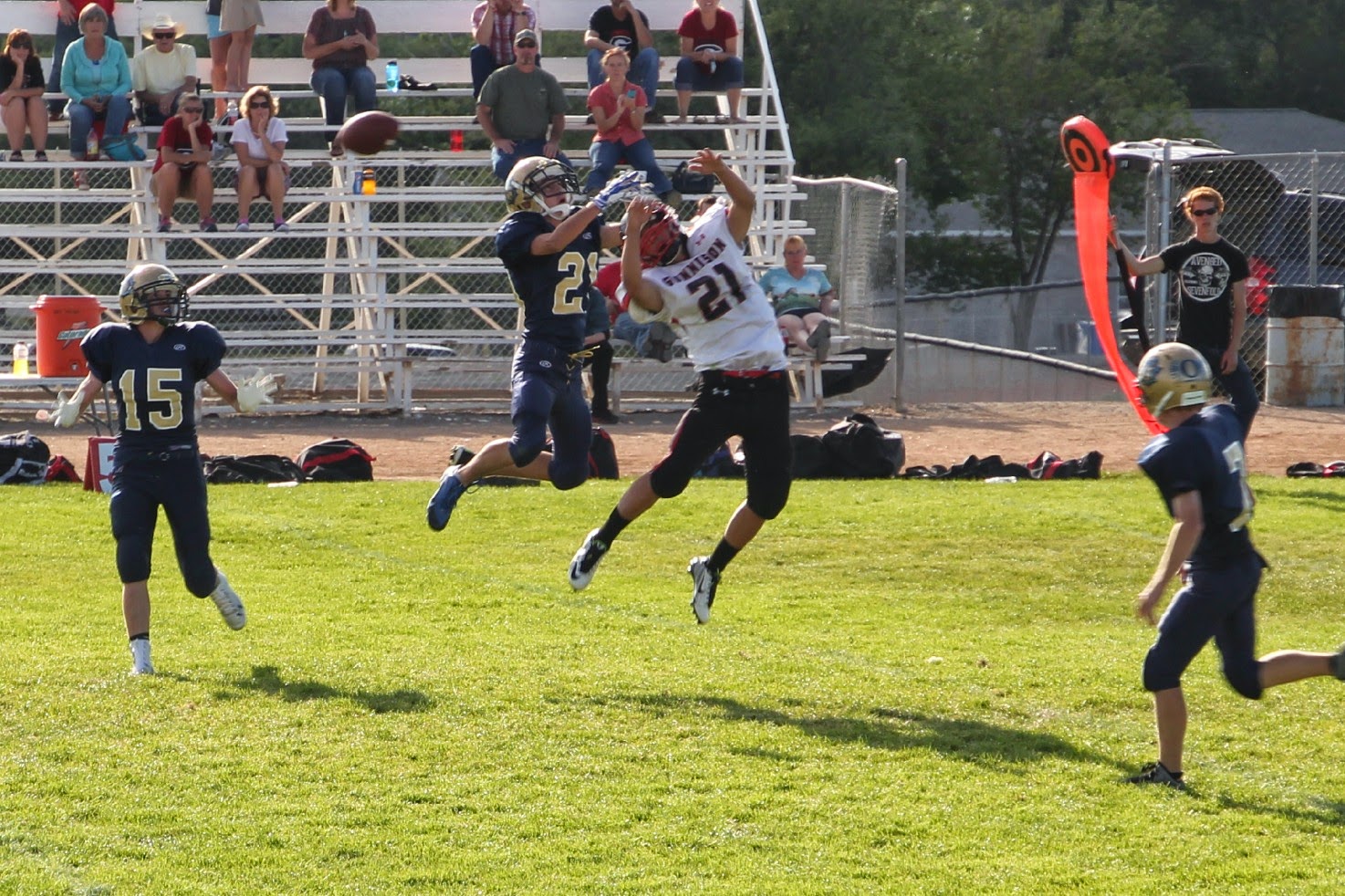 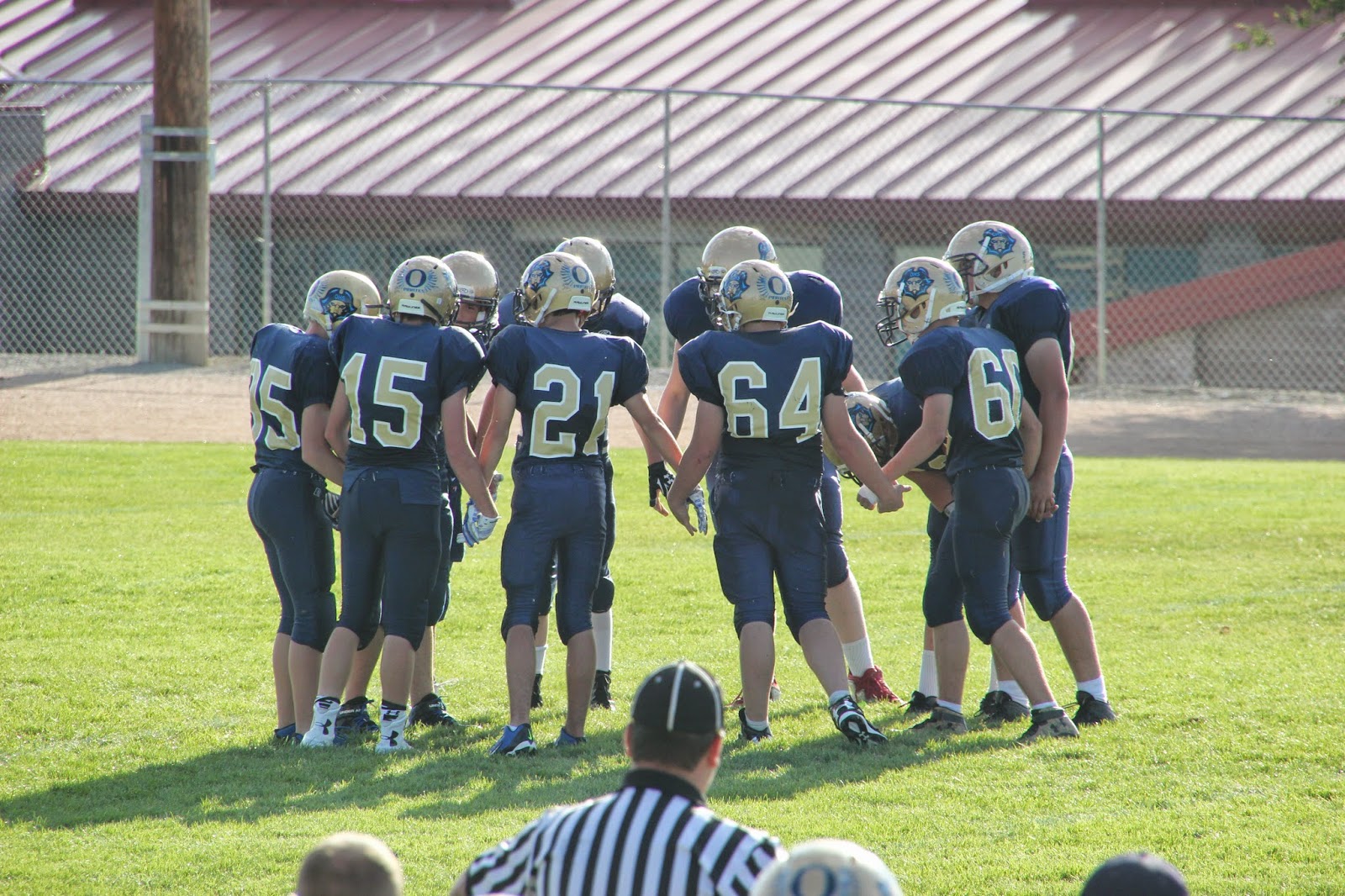 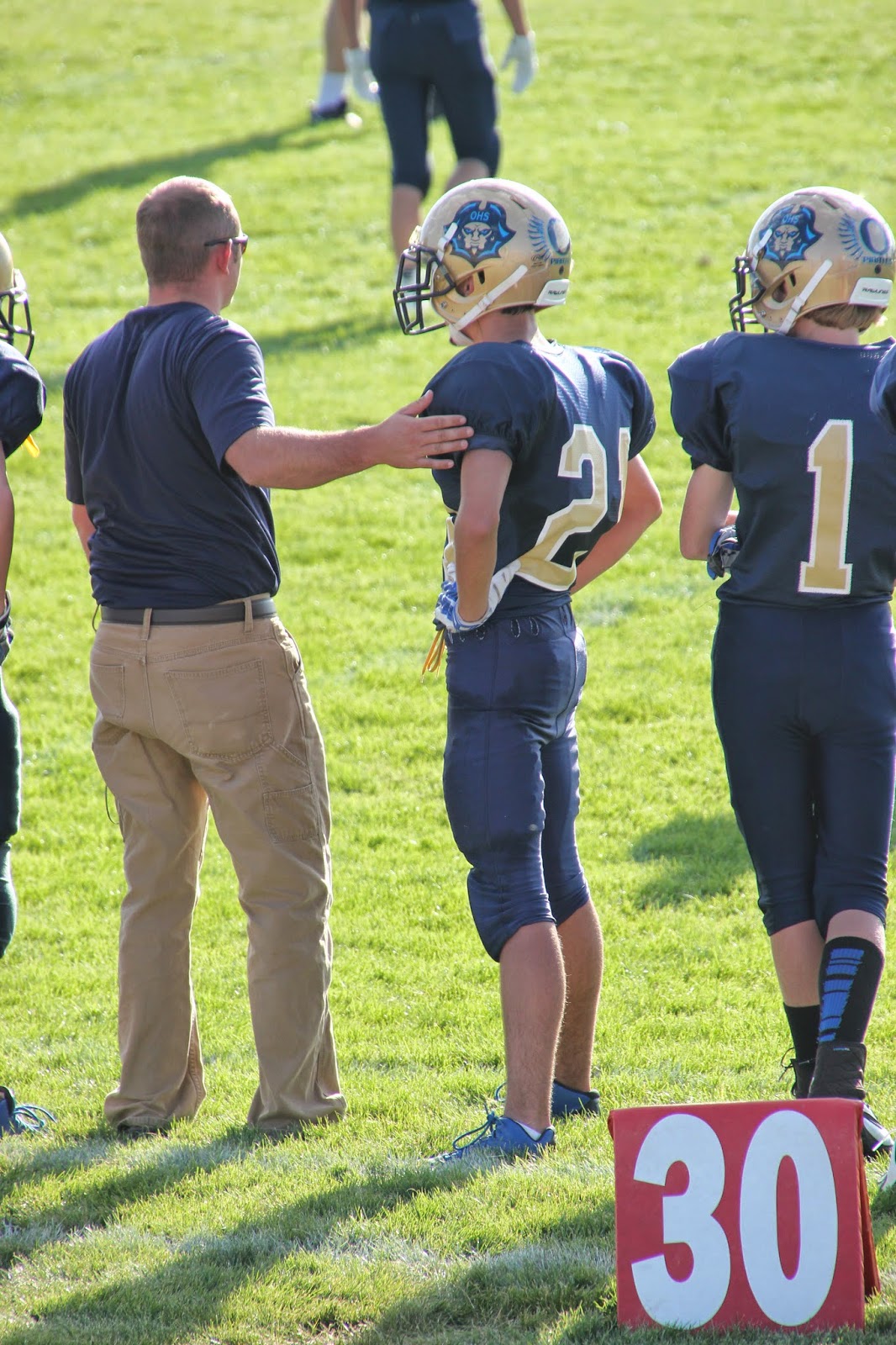 Our next game will be on Friday night. It is a varsity game, so, while the Cub will dress out, he probably won't play. He's fine with that. We're fine with that. However, it begs the question: do we attend the out-of-town game or do we not? Hugh says it could go either way, the Cub says we shouldn't bother, and I think that it is our duty to attend in support of the team regardless of whether or not the Cub plays. I think we all know that my position will win, so, I guess the real question is: How many layers do I need to wear in order to stay warm?
Inquiring minds want to know.
Posted by Chelle at 12:03 PM